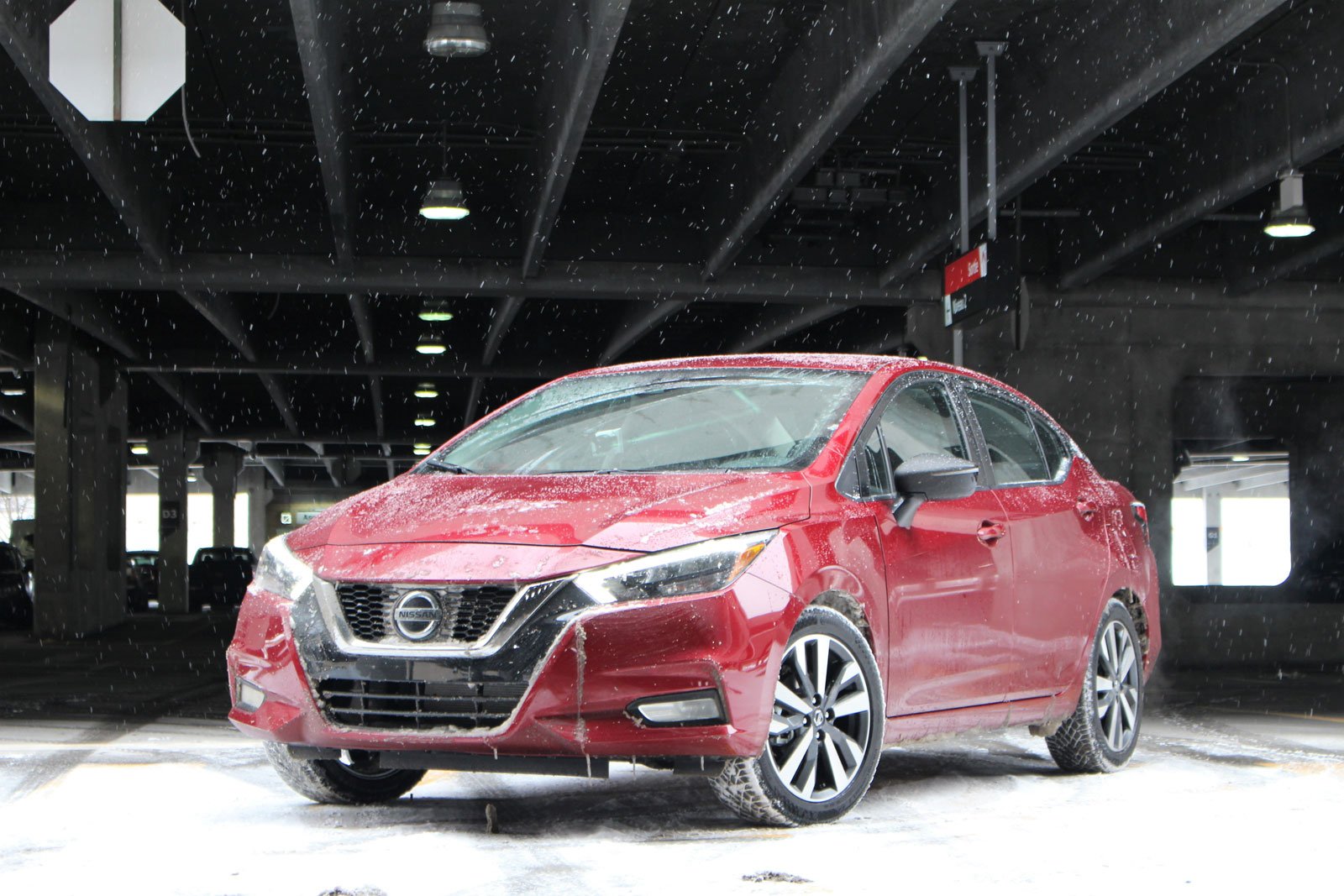 A well-executed car in a dying segment.

A lot has already been said about how the subcompact-car segment is circling the drain in the United States and Canada, as consumers are shifting their preference to urban crossovers with or without all-wheel drive. So why has the 2021 Nissan Versa just been introduced in the Canadian market?

The redesigned sedan was actually introduced in the U.S. for the 2020 model year, and has just arrived north of the 49th parallel as a replacement of the fourth-generation Nissan Micra city car which, inversely, was not offered south of the border because Nissan’s U.S. division hung on to the third-generation Versa sedan. 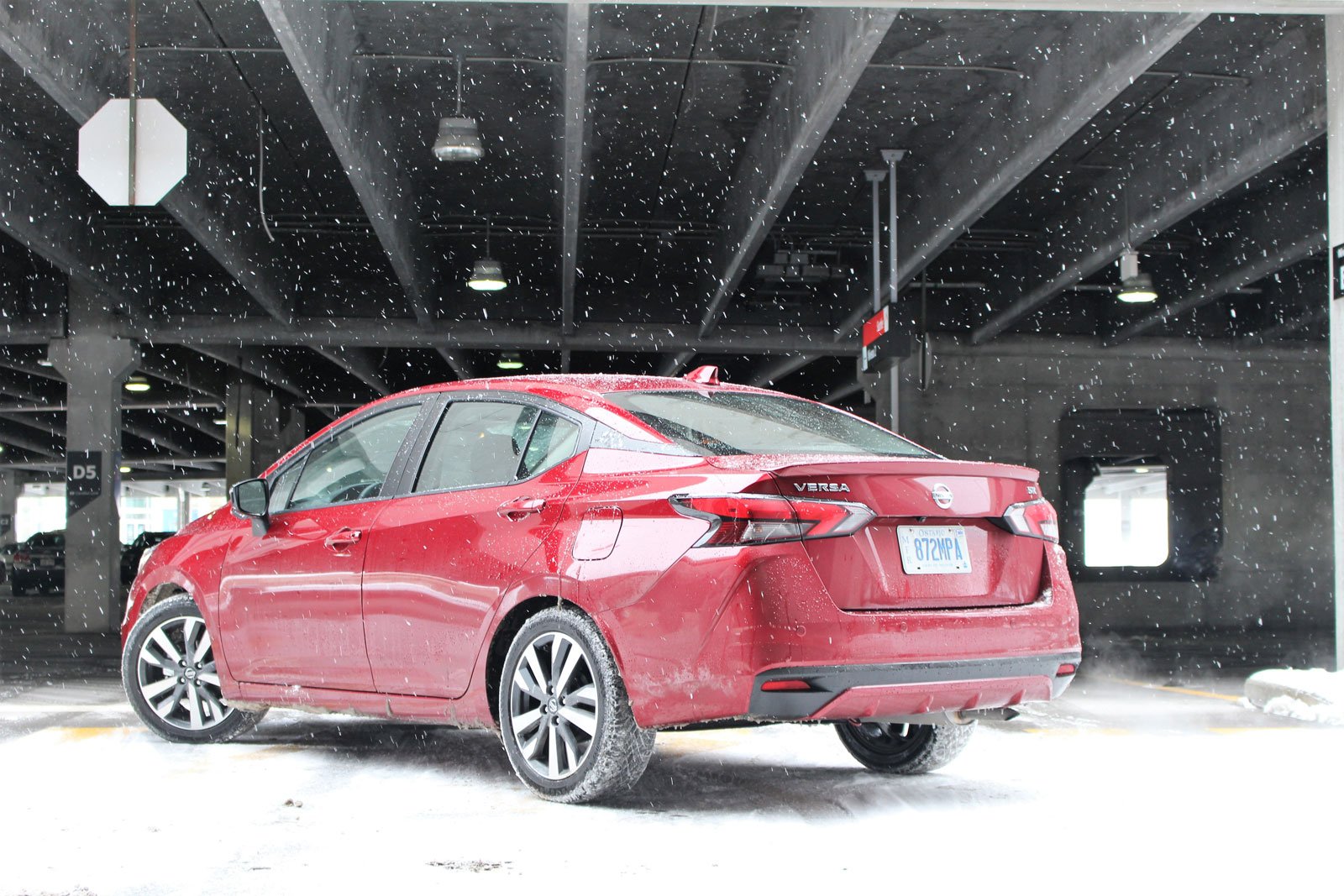 Unlike the Micra and the previous Versa sedan, the new model can’t claim to be the most-affordable vehicle in the country, as it seeks to attract consumers that want more than a bargain, but are still working with a limited budget. The 2021 Nissan Versa now competes in a decimated segment that includes the Chevrolet Spark, the Mitsubishi Mirage, the Kia Rio and the U.S.-only Hyundai Accent.

Under the hood, we find the company’s familiar 1.6L inline-four that develops 122 horsepower and 114 pound-feet of torque. While a five-speed manual transmission is available in the base trim level, the vast majority of buyers will prefer the continuously variable automatic transmission. In fact, Nissan Canada expects that only 5% to 10% of Versa sales to be equipped with a clutch pedal. 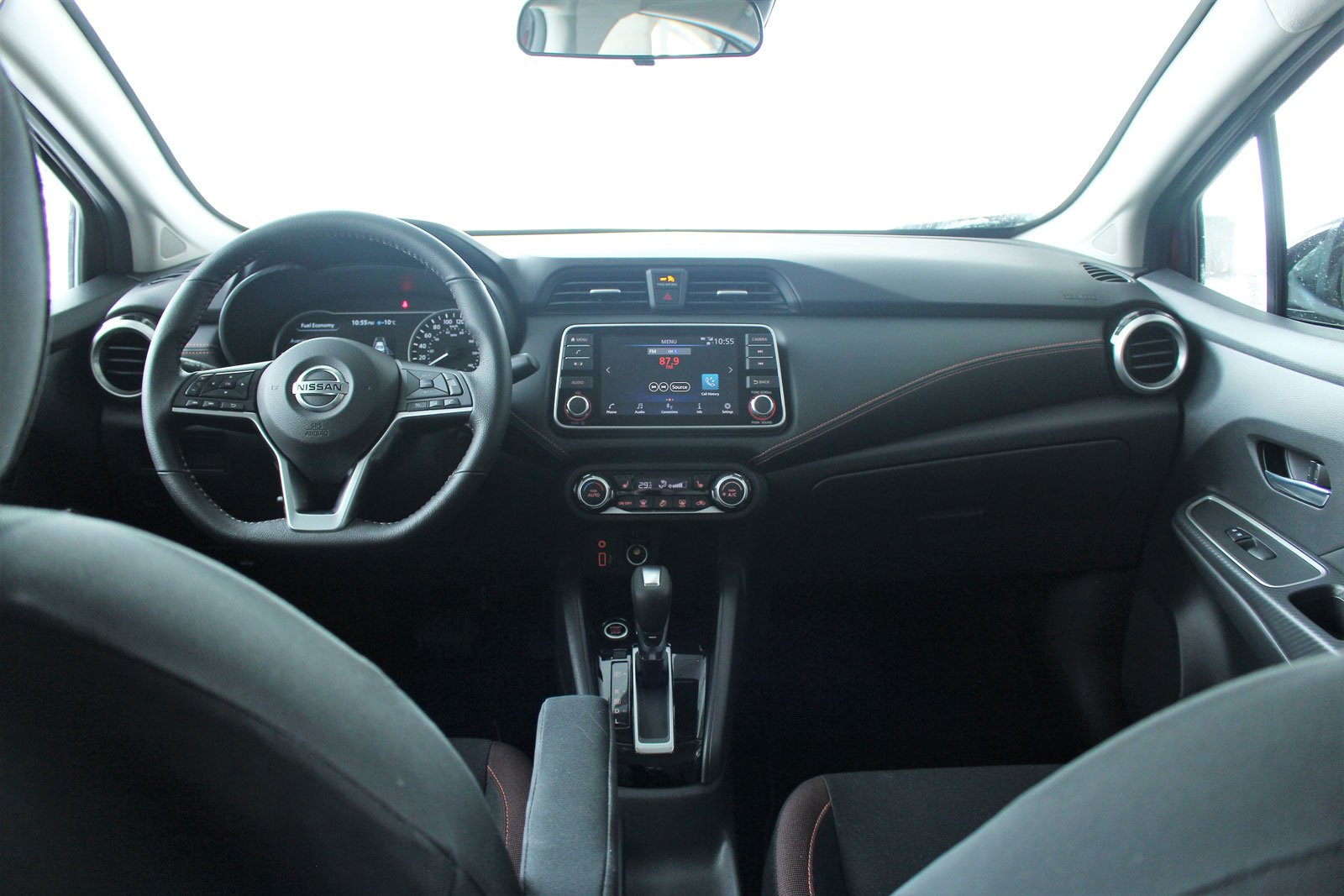 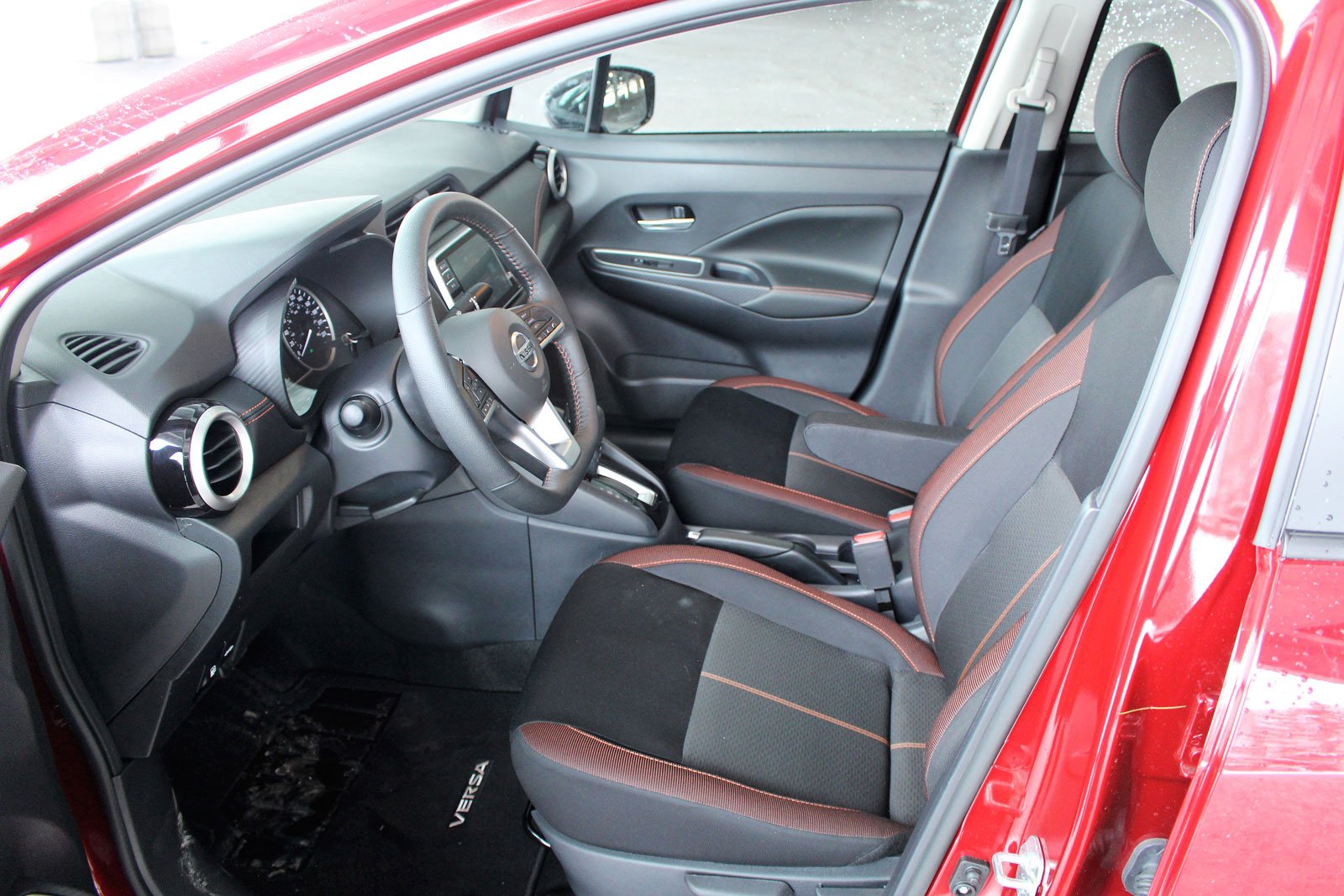 The Versa is also pretty quiet on the road, the cabin’s serenity disturbed only by some suspension and tire noise is the car hits potholes and dilatation joints. Space is adequate up front and a height-adjustable driver’s seat comes standard across the board. That’s a good thing, as the steeply raked windshield and low roofline can be a little inconvenient. The wide front pillars are wide, though, which is also pretty inconvenient when turning though busy intersections.

The 2021 Nissan Versa sedan also does a good job as a people mover, with just enough rear-seat legroom and headroom for adults, and wide enough lower door openings to facilitate entry and exit. In comparison, the Rio and Accent sedans have slight less headroom, slightly more legroom. The Versa’s trunk has a class-leading volume of 15.0 cubic feet or 425 litres—almost as much as in the midsize Nissan Altima. 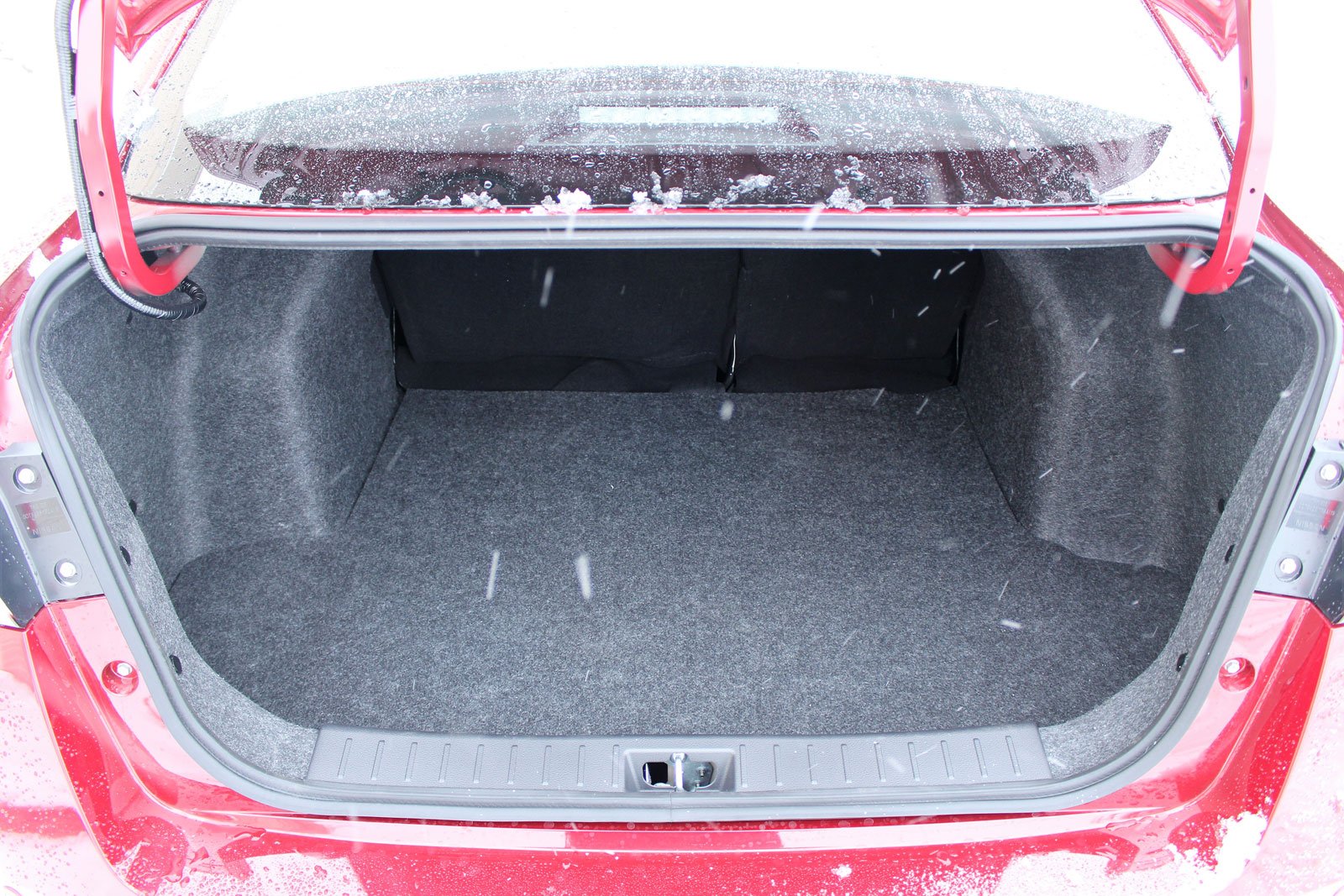 Every trim level includes an infotainment system with a seven-inch touchscreen, while Apple CarPlay and Android Auto integration in addition to SiriusXM satellite radio are reserved for the SV and SR variants, but not the base Versa S. There’s no integrated navigation, but since most owners will plug in their smartphones and use Google Maps, Apple Maps or Waze, there’s no need for one anyhow. As for comfort and convenience features, heated front seats and automatic climate control are standard in SV and SR trims in Canada, and part of an option package in the U.S.-spec Versa SR. There’s no heated steering wheel available, which might sound like a first-world problem in the subcompact car segment, but the Kia Rio has one.

What the 2021 Nissan Versa does offer, as standard on all trim levels, is advanced safety features including autonomous emergency braking with pedestrian detection, lane departure warning, rear automatic braking and high beam assist, while blind spot monitoring and rear cross traffic alert are found on SV and SR trims. 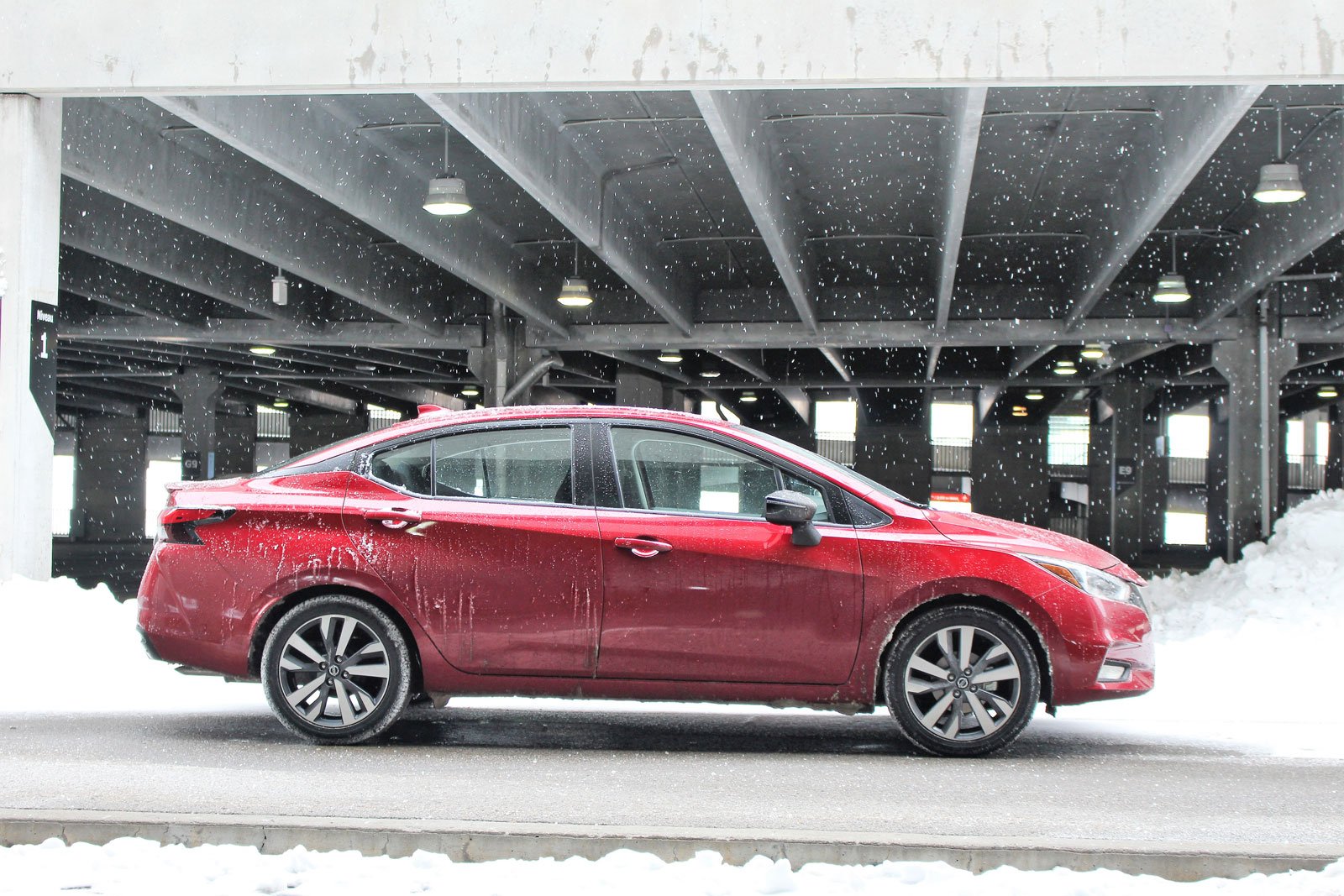 The 2021 Nissan Versa can arguably be considered the best subcompact car on the market right now. Of course, it’s the newest one, but also the most refined and the one with the most standard safety features, in addition to providing comfort for all its occupants. All at a reasonable price.

It also costs less than the Nissan Kicks, which features the same powertrain and similar comfort and convenience items. Despite those qualities, and unless North American shoppers develop a sudden and unlikely disdain for crossovers, the Versa will struggle to find its fair share of buyers, and that’s a shame.