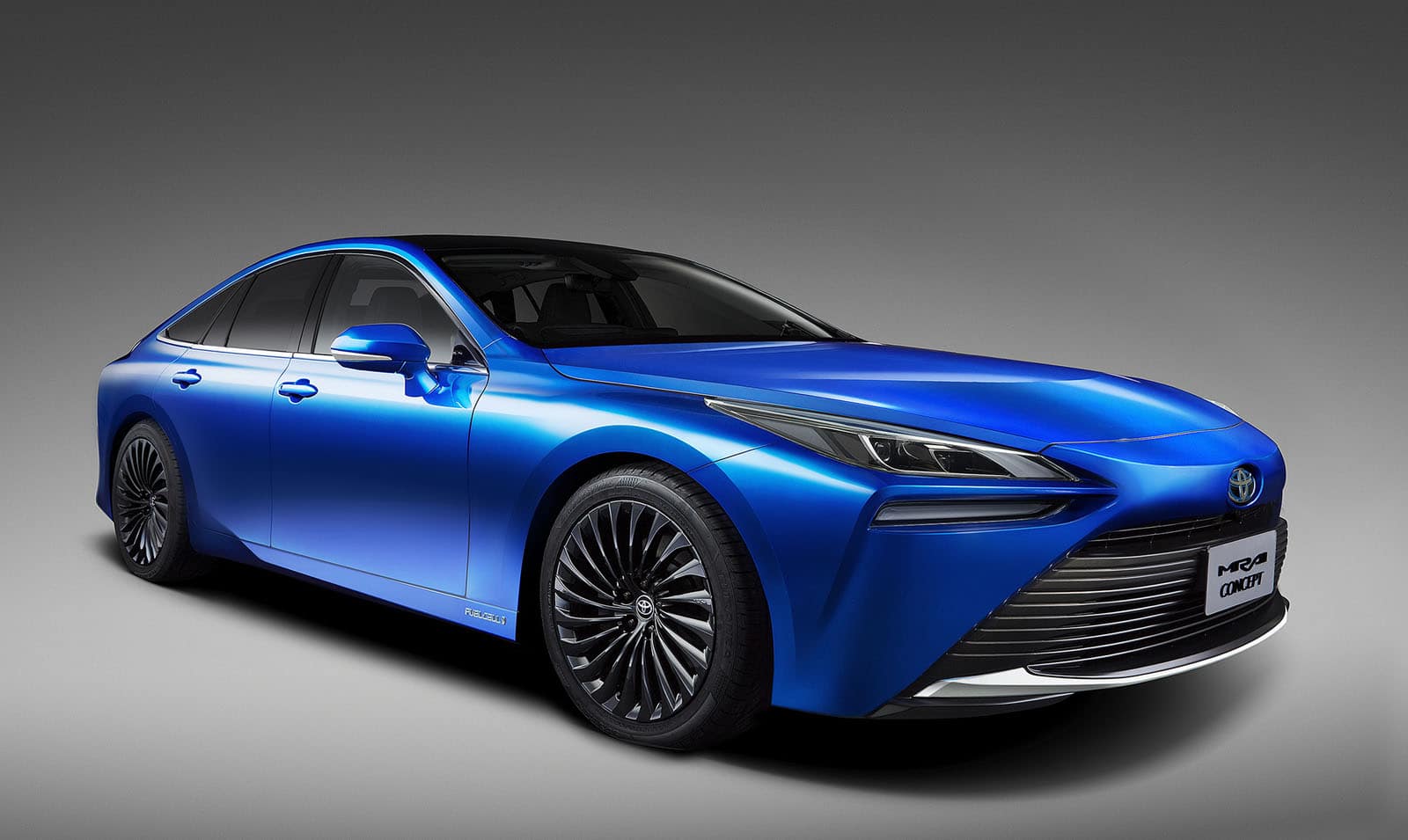 The 2021 Toyota Mirai was unveiled today and we have to say, the last thing we’re thinking about when looking at it is hydrogen. For now it’s just a concept, but we’re thinking the positive reaction the car is already getting will force Toyota to bring it basically as is to the market.

Sometimes automakers are so focused on the powertrain of a given car that they forget to give it some style. The last Toyota Mirai was like that. Take away the hydrogen fuel-cell, and the vehicle would be a dud. Don’t get us started on the Honda Clarity either.

This new 2021 Toyota Mirai is beautiful, so beautiful in fact that it could be the next Lexus GS, or Toyota Camry, or any other traditional car and we would still take notice. The design would work on any vehicle and garner praise which means the 2021 Mirai already has more going for it than just being a hydrogen vehicle.

BMW i Hydrogen NEXT: A Fuel Cell Next-Gen X5

“We have pursued making a car that customers feel like driving all the time, a car that has emotional and attractive design appeal, as well as dynamic and responsive driving performance that can bring a smile to the faces of drivers,” said Yoshikazu Tanaka, Chief Engineer of the Mirai. “I want customers to say, ‘I chose the Mirai not because it’s an FCEV, but because I really wanted this car, and it just happened to be an FCEV.’”

The 2021 Mirai is built on a RWD platform which explains the similarities with the larger Lexus sedans in terms of its design.

For those who don’t know, a hydrogen vehicle is essentially an electric vehicle, but it uses a mixture of hydrogen and oxygen to power the batteries that in turn power the electric motor. In other words, you don’t need to charge your EV, and filling up the tank with compressed hydrogen isn’t much longer than filling up at a gas station. It takes about 5 minutes.

The only problem, of course, is that hydrogen stations aren’t exactly prevalent.

In any case, Toyota says the new Mirai will offer 30 percent more range compared to the current Mirai which offers 300 miles, or 480 kilometres. The current hydrogen Toyota delivers 151 horsepower.

For now, the 2021 Toyota Mirai is just a concept, but it is beautiful nonetheless. Toyota has already pioneered the hybrid segment and if they bring the next Mirai to the market with this design, they will have a strong foothold in the hydrogen vehicle niche as well. All that will be left after is to develop more hydrogen fueling stations.

This upcoming model will be larger than the Giulia and Stelvio. The brand has yet to say if it will be an SUV...
Read more
Previous articleBentley Adds A Touch of Darkness on Its Flying Spur with the Blackline Spec
Next articleThe 2021 Toyota RAV4 Plug-In Hybrid Will Be In Los Angeles