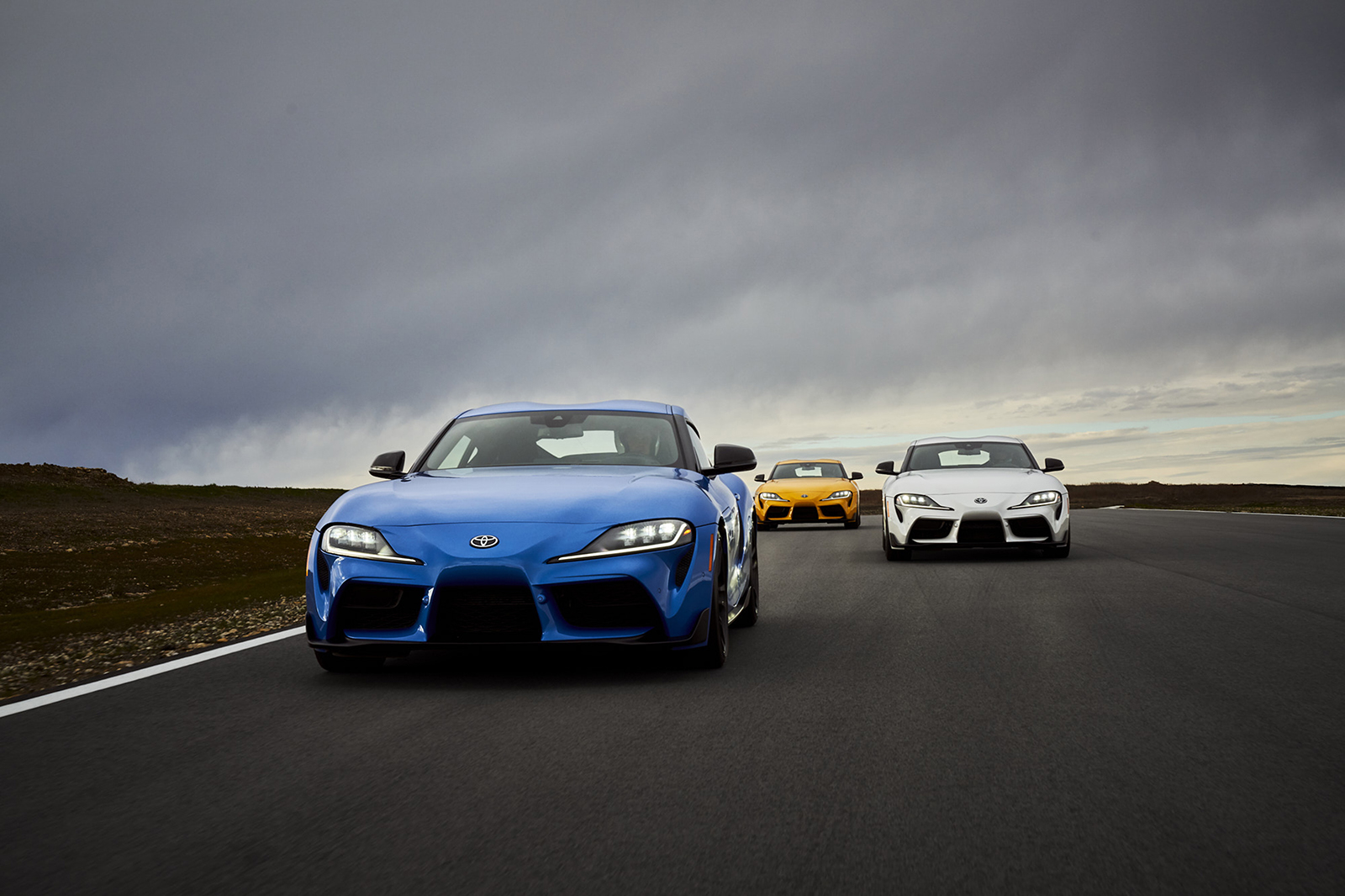 The new Supra four-cylinder turbo will be the bridge between the Toyota 86 and the Toyota Supra 3.0

As expected, the 2021 Toyota Supra will get a new 2.0-litre turbocharged engine, a special A91 edition, a standard 8-inch central display screen, and more power in the 3.0-litre turbocharged six-cylinder engine. A lot of what was announced today we already knew, but now we have a price for each new Supra.

Let’s start with the biggest news regarding the 2021 Toyota Supra, the addition of a 2.0-litre turbocharged four-cylinder engine. Dubbed the GR Supra 2.0, the model will send 255 horsepower and 295 pound-feet of torque to the rear wheels through an 8-speed dual-clutch automatic. Toyota says the four-cylinder turbo Supra will reach 60 mph (97 km/h) in 5.0 seconds. As expected, the four-cylinder turbo Supra will be quite a bit lighter than the inline-six model, weighing in at 200 pounds less than the Supra 3.0.

Part of the weight savings comes from the fact that the 2.0 doesn’t have Active Differential and the Adaptive Suspension of the Supra 3.0. It also has manually adjustable seats as opposed to 14-way power seats in the more powerful Supra. Still, the Supra 2.0 is meant as a bridge between the Toyota 86 and the inline-six Supra, and puts the focus on agility while still offering very decent power.

The 2021 Toyota GR Supra 2.0 will start at $42,990 in the US. Pricing in Canada hasn’t been confirmed. We reached out to Toyota Canada this morning and we will get back to you as soon as we hear back.

Despite having 47 more ponies under the hood, the new 3.0 model will start at just $500 more than the current Supra. The starting price is set at $50,990 for the GR Supra 3.0 in the US. Nothing has been confirmed for Canada yet.

The new Toyota Supra A91 Special Edition follows in the footsteps of last year’s Launch Editions. It will come in two colors called Nocturnal and Refraction, the latter being exclusive to the special edition. The special edition gets matte black wheels, c-pillar graphics, carbon fiber mirror caps and carbon fiber rear lip spoiler. The interior is Alcantara and leather with blue contrasts.

A new safety and technology package will be available that includes:

And so there you have it. The Supra finally gets a turbocharged four-cylinder engine that will surely attract a ton of attention but we knew that already. There’s plenty of performance in either version of the 2021 Supra, and now we know how much each will cost.

From last month’s category winners, we now have six finalists. The finalists are a mix of EVs and ICEs. Over the course of the...
Read more
Previous articleGateway Bronco Gets The Go-Ahead From Ford To Reimagine The 1967-1972 F-Series trucks
Next articleThe Lucid Air Will Officially Premier On September 9th, 2020