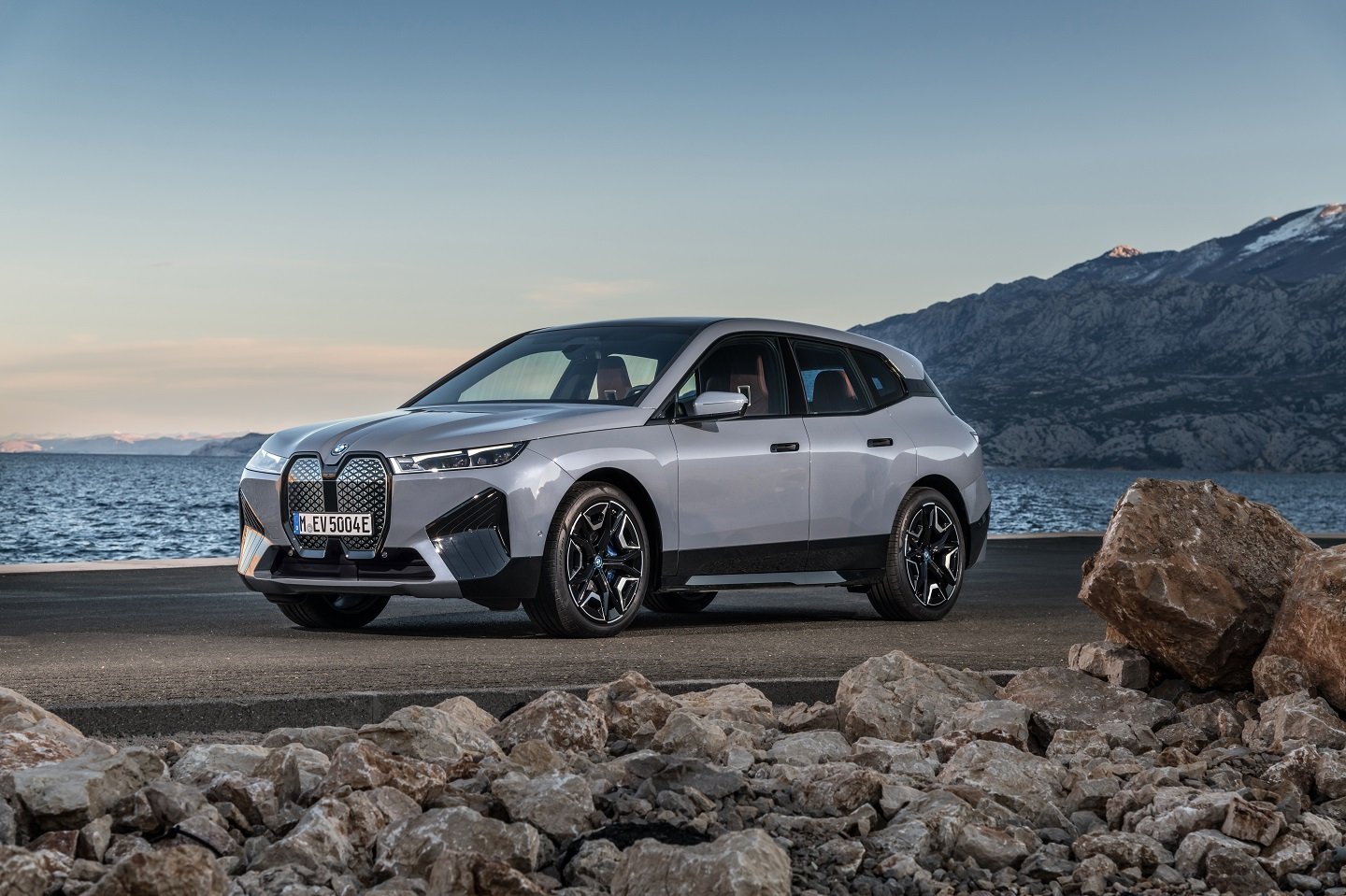 BMW is readying its assault on the EV market in Canada and has just revealed pricing for the iX crossover. The 2022 BMW iX xDrive50 will start from just under $90,000 and is expected to arrive at dealers here in the first quarter of 2022.

The 2022 iX will offer BMW’s fifth-generation eDrive electric motor and power electronics technology. The new system is 93 percent efficient, BMW says, and uses no rare earths at all in their construction. 516 hp is channelled through a single-speed transmission to the front and rear wheels with the electric AWD system linked through the chassis control system.

BMW’s high-voltage battery is also its fifth-generation, with 20 percent more energy density. 106.3 kWh net capacity means an estimated range of up to 475 km. It can also charge at up to 200 kW (11 kW on AC) meaning up to 150 km in just 10 minutes. Three interconnected cooling and heating circuits allow the iX to maintain the right cabin temperature, battery temperature, and motor temperatures all independent of each other.

iDrive 8 infotainment, BMW’s latest, is integrated into the new iX. It’s designed to use natural language and dialogue-based interactions as the focus. That includes more connected digital services including traffic and charging as well as parking information. It will also support remote software updates.

A new social-media friendly feature that doubles as a security feature is the ability to take snapshots of the cabin from an interior camera. Voice or touch commands can be used, there is a self-timer, and even a smile detection mode. Photos are sent to the user’s BMW App. The camera is also activated by an upcoming Remote Theft Recorder feature linked to the alarm.

When the 2022 BMW iX xDrive50 arrives in Canada, it will start from $89,990 before destination. BMW says a more powerful xDrive60 model is planned for the future as well.