Unveiled last February alongside the redesigned Chevrolet Bolt EV, the 2022 Chevrolet Bolt EUV is more than just a new version of the Bolt, it’s actually its own vehicle that fits into the electric crossover segment. 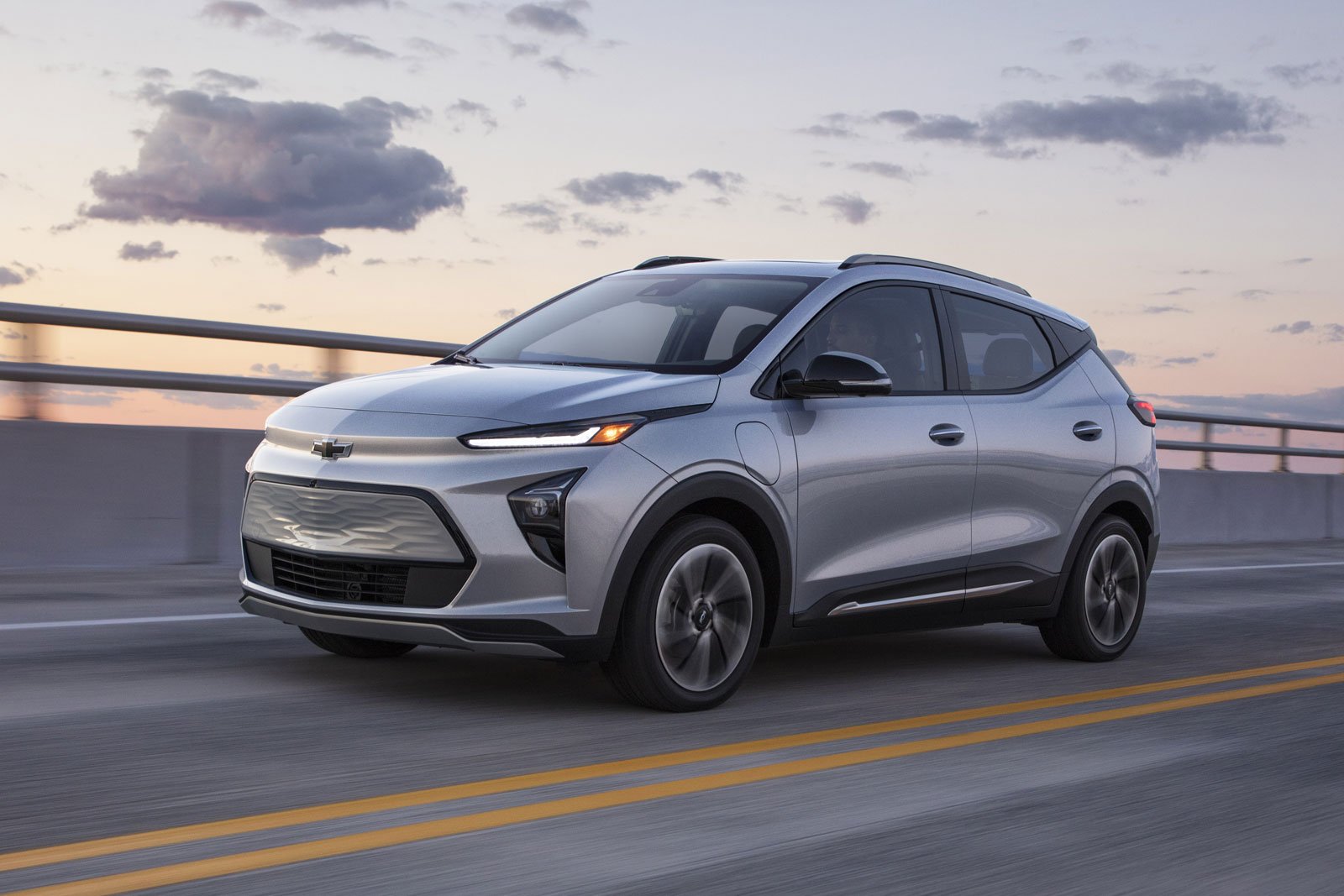 Oddly, the 2022 Chevrolet Bolt EUV is less spacious in the trunk than the “regular” Bolt, but not by much (479 litres or 16.9 cu.ft.). The Bolt EUV also sits higher off the ground.

Range is rated at 402 kilometres (247 miles) which is again less than the Bolt (417 kilometres or 259 miles). The Bolt EUV shares its 65-kWh battery with the Bolt and needs 30 minutes to get 154 kilometres of range on a DC fast-charger.

The Bolt EUV can also be charged on a Level 1 120V outlet (roughly 65 hours) or a Level 2 240V outlet (7 hours). If you have a 240V outlet at home, you don’t need to install an actual EV charger as the Bolt EUV comes with a Dual Level Charge Cord.

Power is rated at 200 kilometres and 266 pound-feet of torque which are sent to the front wheels. 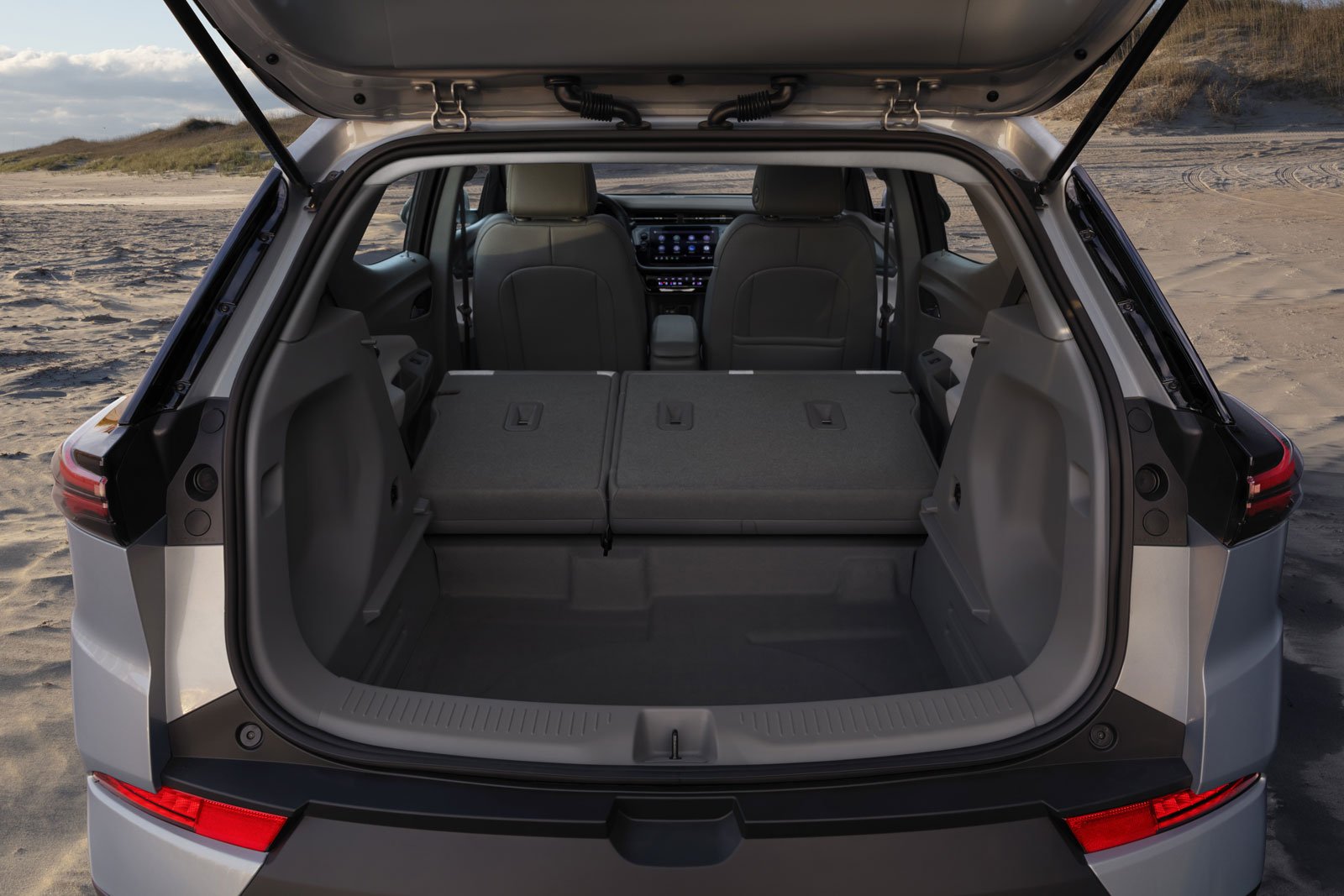 The Chevrolet Bolt EUV gets GM’s impressive Super Cruise system, and in the process becomes the first Chevy model to offer the automated driving system. More than just a lane keeping assist, Super Cruise allows you to take your hands off the wheel so long as you keep an eye on the road. From there, the Bolt EUV will handle turns and other vehicles on previously mapped highways.

When Does The 2022 Chevrolet Bolt EUV Arrive On The Market?

The 2022 Chevrolet Bolt EUV has already arrived on the market in both Canada and the US. 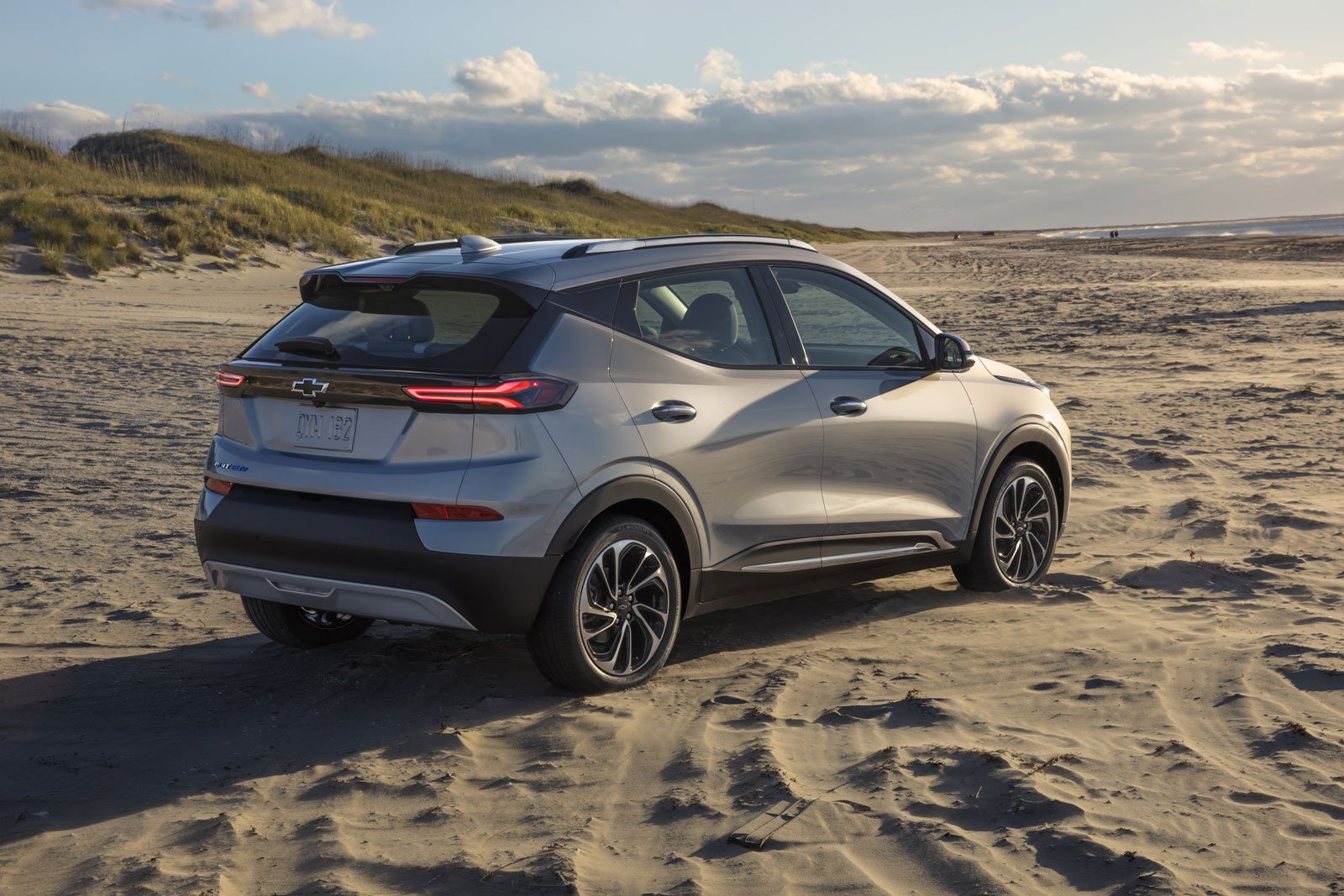 How Much Does The 2022 Chevrolet Bolt EUV Cost?

Who Does The 2022 Chevrolet Bolt EUV Compete With?

The new Bolt EUV is in a bit of a limbo in terms of competition. On one side it competes with the same rivals as the Bolt, namely the Hyundai Kona EV, the Nissan LEAF, the Kia Soul EV, and the Kia Niro EV; on the other side it is an electric crossover which means that it is closer to the new Volkswagen ID.4 in shape and size. The Volkswagen is more expensive, however, and more luxurious. 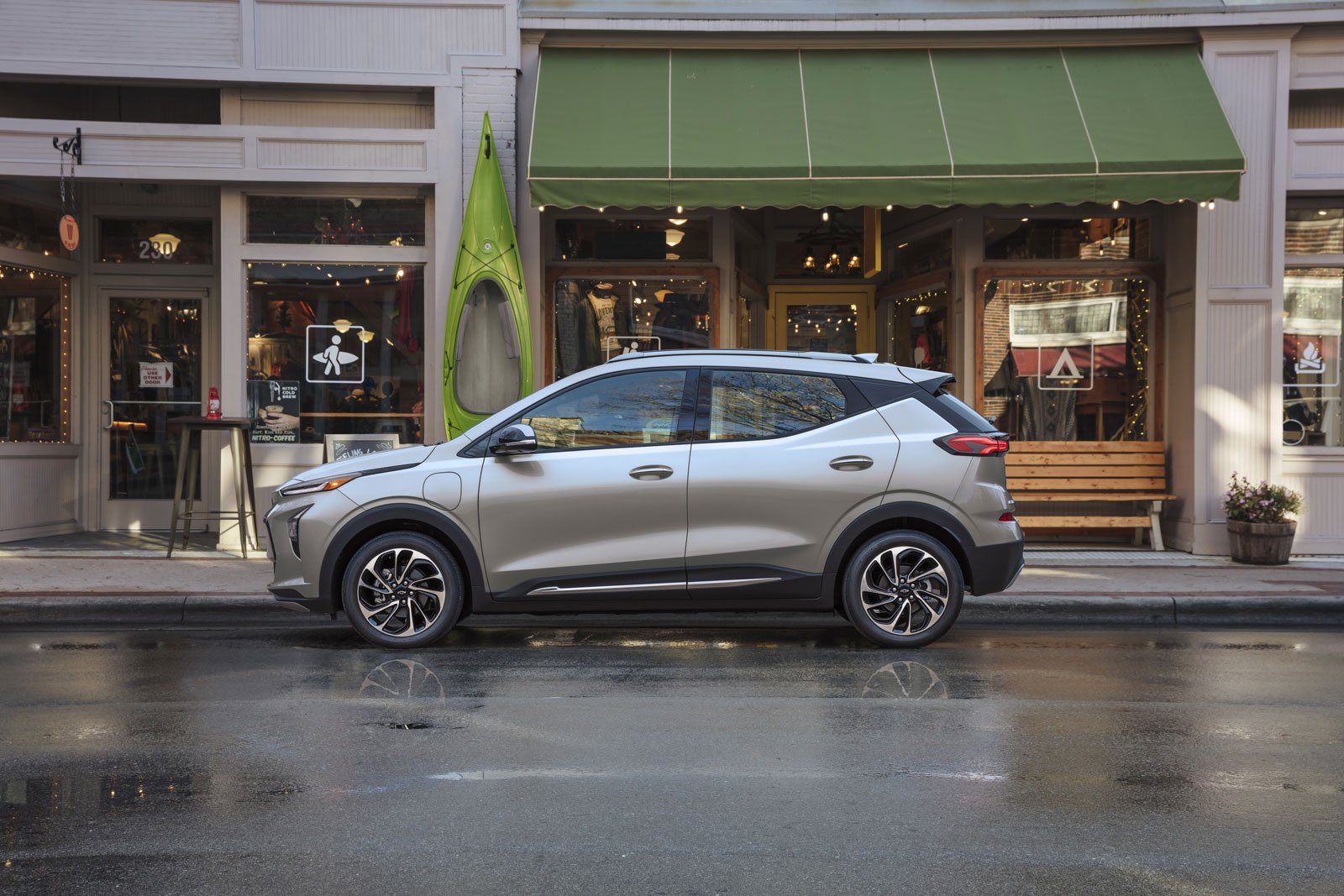 What Do We Think Of The 2022 Chevrolet Bolt EUV?

It was a smart decision by GM to bring it to market. It’s not all that more spacious than a regular Bolt or a Nissan LEAF or Hyundai Kona EV, but it has the look of a crossover which is a big selling point in this industry. It should be the most popular of the two Bolts, and probably one of the better selling electric vehicles. 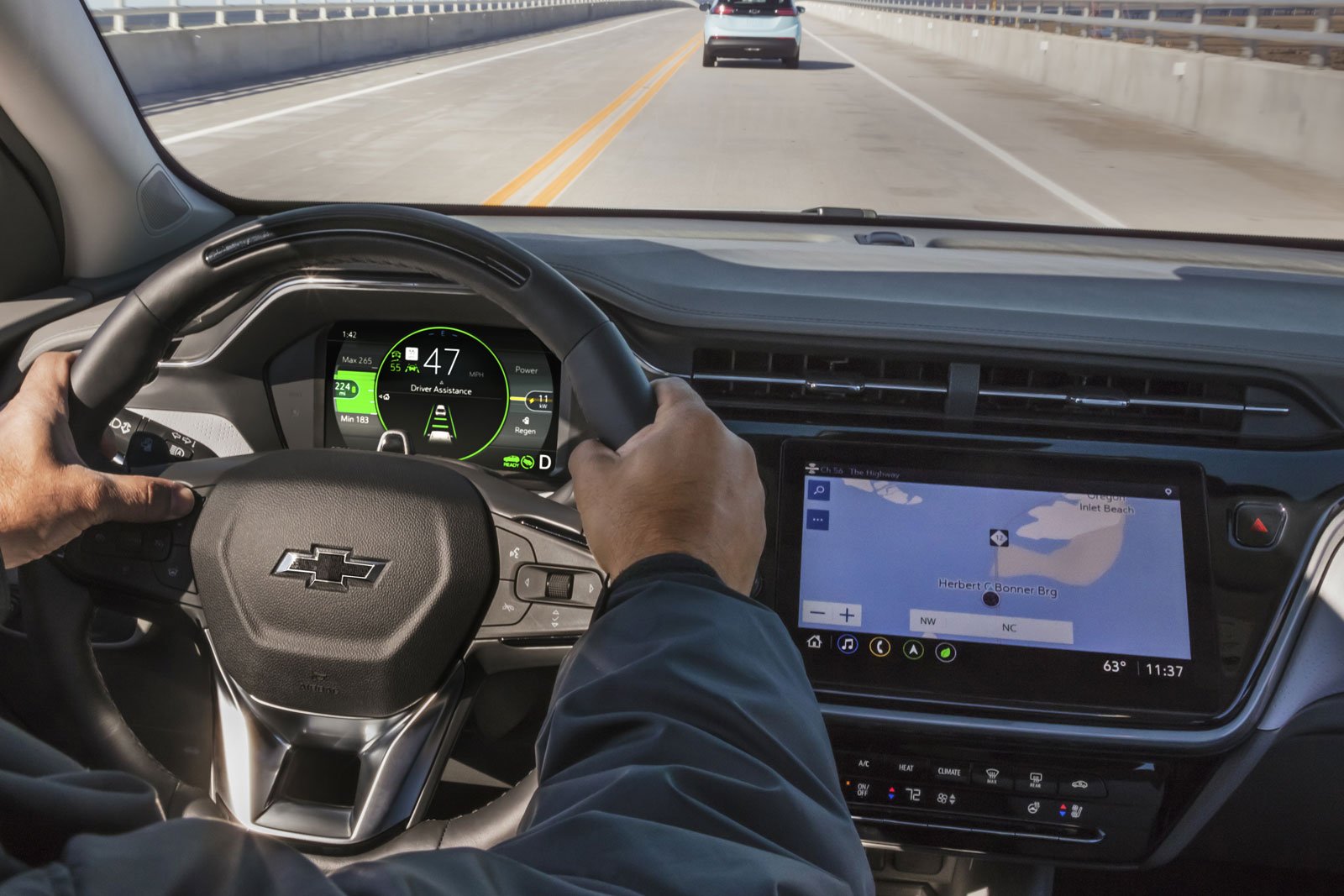 It has generous range and great charging capability which is important to EV buyers or those considering their first EV. The pricing is more than fair, too. It’s just really a crossover.

Engine issues, battery issues, and electrical issues have all led to recalls from both automakers. Over 7 million Hyundai and Kia vehicles have...
Read more
Previous articleLucid Offering Range and Performance Versions of Air Dream Edition
Next article10 Cheap Motorcycles to Consider in 2021