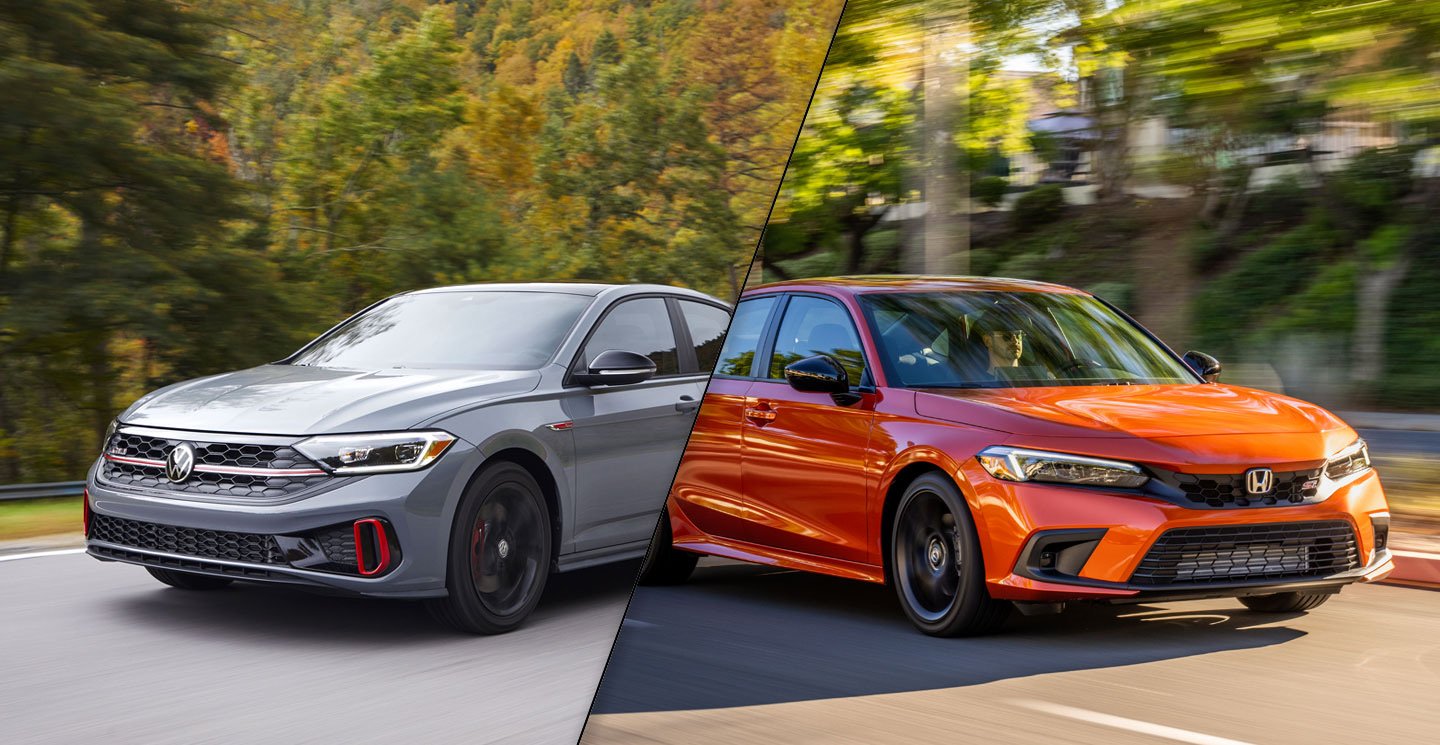 Driving enthusiasts still have reason to rejoice as there remains a handful of exciting sporty compact cars to experience. Two of the most significant, and storied, are the Honda Civic Si and Volkswagen Jetta GLI. Both are fresh from updates or significant changes for the 2022 model year which is why we’ve decided to pit them against each other. 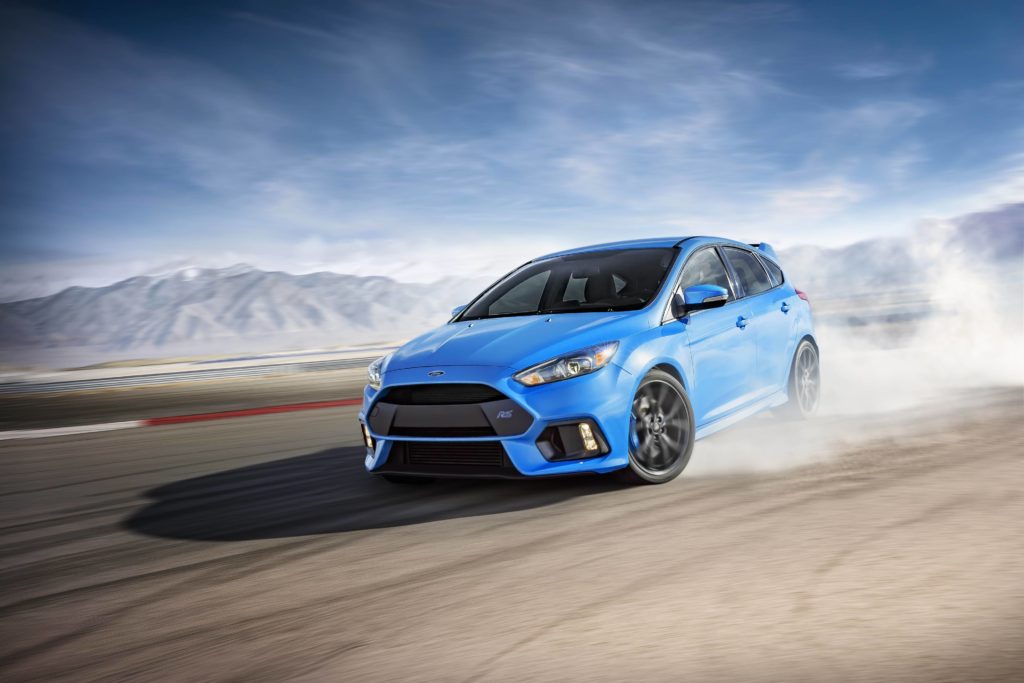 Indeed, the sport-compact car segment has shrunk considerably over the last decade. The market’s hunger for SUVs is mostly to blame, as are profit margins. Those who’ve left the category were mostly recent additions to North America such as the Mitsubishi Lancer Ralliart and EVO X, and the Ford Focus ST and RS. The ones that remain are either established or, essentially, from the Hyundai motor group.

There was a time when the Civic Si fought off the Golf GTI for street cred, but times have changed, at least for the Honda. Now only offered as a sedan, it more aptly faces off with the GTI-with-a-trunk in the Jetta GLI.

2021 Hyundai Elantra N Line Review: Do Not Underestimate it

What fascinates the most between these two cars is that they are designed to thrill but Honda’s approach differs heavily from Volkswagen’s, and vice-versa. While the German brand wants its car to be all things to everyone, the Japanese automaker is hyper-focused meaning its car is for a specific buyer.

Let’s compare the two and try and figure out which is the better sport compact sedan.

Both cars are currently available and can be configured online.

The 2022 Volkswagen Jetta GLI starts at $31,895 with a manual transmission. The only option is the DSG automatic transmission which adds $1,400 to the price tag. Colour selection can increase the price by up to $495.

Pricing for the new 2022 Honda Civic Si is set at $33,750. There are no options and colour selection does not affect pricing.

Which more entertaining to drive?

The Jetta GLI has the more powerful engine in the turbocharged 2.0-litre 4-cylinder with 228 horsepower and 258 lb.-ft. of torque. The power comes on quickly and effortlessly. The 2.0T is unphased by its job and simply delivers what the driver wants when required.

The Civic Si lags slightly behind with its turbocharged 1.5-litre 4-cylinder engine. Its output stands at 200 horsepower and 192 lb.-ft. of torque. The initial punch is sharp but around the engine’s midrange, despite torque hanging on until 5,000 rpm, there’s less oomph to be felt than with the GLI.

Both include a 6-speed manual transmission as standard however points must be awarded to the Civic’s drier and more mechanical shift action. The Jetta’s throws are slightly “looser” but still rewarding.

Chassis-wise, the Jetta GLI has a massive advantage in its standard adaptive dampers. Via the drive modes, the available settings mean the ride can be cossetting or firm with limited body roll. This endows the GLI with the ability to be painlessly daily-driven or impressively at home on a track.

The 2022 Civic Si does without adaptive dampers, unlike the previous 10th generation car. Despite this, Honda engineers managed to find the narrow line between comfort and sharp reflexes and tuned the chassis to straddle that line. Never entirely punishing but always alive and responsive, the Civic is nimbler than the Jetta and more adept at being tossed around.

Both have strong brakes and well-judged steering assistance. The bottom simplified line is that the GLI is faster while the Si is more entertaining when driven hard.

The 2022 Jetta GLI. Volkswagen has not only fitted adaptive dampers and a larger engine with more power to the GLI, but they’ve also thrown power-adjustable front seats (with power driver lumbar support), leather, cooled front seats, and a few other items for just shy of $2,000 less. And, should you want the transmission to shift itself, the 7-speed DSG is only $1,400 more.

The Civic Si does have a slightly larger touchscreen at 9 inches compared to 8 for the VW. Beyond that, the Jetta’s got more kit.

There was a time, not that long ago, that I said that the Mazda3 was arguably the most elegant compact car in the segment. I’ve since revised my thoughts and now believe the new 11th generation Civic to be more attractive. There’s a seriousness and maturity to the Honda’s lines that work to elevate the compact car’s standing. As an Si, the Civic is subtly sportier with its black trim, rear trunk-mounted spoiler, and slightly more aggressive fascias.

The new Civic kills it when it comes to the cabin as well. The new dashboard is simple and bisected by a single horizontal line. This meshed area, which includes the vents, is mesmerizing.

The 2022 Jetta GLI is not quite as attractive. Although Volkswagen has updated the car’s exterior, the car isn’t as classy as the Civic. This is purely a matter of opinion, of course. This is not to say that the Jetta fails to be attractive, it doesn’t do it with the Honda’s panache.

The exact same thinking goes into the Jetta’s cabin. Here though, some materials look and feel marginally lower rent than in the Honda.

Despite being in the same segment and playing the same game, both cars are earmarked for different drivers.

The 2022 Honda Civic Si is dedicated almost entirely to the driving experience. It’s roomy and well equipped but it’s not as easy to settle into. It, like the previous 10th generation Civic Si, is always on and is, therefore, a little more of a chore to live with. Don’t get me wrong, it’s an extraordinary driver’s car, but sometimes it’s nice to chill.

This is where the 2022 Volkswagen Jetta GLI shines. Its “flexible” personality allows the driver much respite when cruising to and from work. The dampers and torque can be fashioned for comfort or plenty of sport.

To be honest, we can’t come to a conclusion ourselves.

This model will use the new PPE platform and it will feature a wider body and larger wheels. The A6 e-Tron concept reportedly...
Read more
Previous article2022 Volkswagen Jetta First Drive Review: Always Refined, Now More Efficient
Next articleAudi Might Not Buy the F1 Division off of McLaren After All