Electric vehicles tend to look bland, and we appreciate it when one rolls around looking like something new, especially when it’s not a 100k+ car that nobody can buy. The Ioniq 5 is one of those gutsy design statements that rarely finds its way to production, especially in the mainstream manufacturer context. Also, it has a longer wheelbase than its most predominant rivals like the Tesla Model Y, the Mustang Mach E and VW ID.4, which makes its presence all the more bolder.

Although things are getting serious between car manufacturers and electrification, automakers are still trying to mirror their identities in them while trying to offer maximum range, technology and performance in a value proposition that sells. And that’s what Hyundai is trying to do with the Ioniq 5.

We headed to San Diego, California to attend the Ioniq 5’s launch and, of course, take this new eye-catching EV for a drive.

Six Shades of Grey (and Some Pixels)

We usually don’t spend much time babbling about the design aspect of a specific vehicle, because it’s more than often self-explanatory and also a subjective aspect that reports to the “to each his own” department. However, the Ioniq 5 is the quirkiest mainstream vehicle we’ve seen in a while and some of its physical characteristics are worth digging into.

For example, the clamshell hood paired with the shapes of the doors that Hyundai calls “Parametric Dynamics” make for a multi-dimensional look. The wheels don’t go unnoticed either, and their design borrows some cues from the current generation Genesis G90. Finally, the pixelated theme used to create the headlights, taillights and in other key areas of the vehicle give it that 90s look new electric buyers will probably dig.

This sharp look has its impacts on certain more practical aspects of the Ioniq 5. For example, the sloped roof chops the cargo area in the rear. The boot still holds 770 litres, but upright or boxy objects might be more challenging to fit in.

The 2022 Hyundai Ioniq 5 offers three powertrain configurations spread over five trim levels. The first powertrain is a single-motor, rear-wheel drive unit which offers 354 kilometres of range (220 miles). This one has 168 horsepower and 258 lb-ft of torque. You can also get another RWD model with longer range. This one will go 488 kilometres (303 miles) without a charge and deploys 225 horsepower and 258 lb-ft of torque.

Finally, for us Canucks with snow up to our knees, there’s the AWD configuration with a more than decent range figure of 414 kilometres (257 miles). This one churns out 320 horsepower and 440 lb-ft of torque thanks to a 77,4 kWh battery. This configuration, mated to a fully equipped Preferred model with Ultimate package, is the one we tested in San Diego.

As it is mostly the case for most BEVs, the Ioniq 5 delivers its torque instantly when the accelerator is slammed in. With 446 lb-ft on tap, all starts are good starts as your head get pushed back in the seat and the Ioniq 5 devours the road ahead. The feeling tapers out at high speeds, however, as physics catch up to the Ioniq 5. If 320 horsepower prove to be more than sufficient to go around, the entry-level powertrain will probably feel much less enthusiastic.

As far as handling goes, the Hyundai Ioniq 5 offers a normal drive, not much perceptible roll.  The drive doesn’t have that much emotion to it once the acceleration is gone. The Ioniq 5 is wide, and feels wide with a large turning radius. It passes the ride comfort test. But with its 19- to 20-inch rims depending on the model, the Ioniq 5 has to sacrifice a bit of that comfort on rough and damaged roads.

With a Flat Floor Comes Many Opportunities

The Ioniq 5’s width and wheel span inevitably translate into ample room inside for passengers. And since the floor is flat, positioning was less of a challenge. First, the centre console is virtually limited to the section between two front seats. This could almost provide the necessary space for a middle seat, just like in older pickup trucks – but that would also come with safety concerns.

The dashboard is dominated by a pair of digital screens, just like almost all new cars. Seating is comfortable, but especially wide, and in the rear. The front driver seat has the ability to fully recline in “La-Z-Boy” fashion.

This overall interior configuration is functional. It works. However, it is in the blander side of things and stripped of any design features. We would’ve expected a bit more spice to match the exterior in terms of innovation.

The Ioniq 5 is equipped with the V2L feature, which basically let you use the battery’s power to feed appliances, tools and other stuff, which can be pretty useful. However, you have to purchase the 300$ dealer-only adapter in order to take advantage of it.

As far as charging goes, Hyundai says the Ioniq 5’s system can fill up from 10 to 80% in as little as 18 minutes when using a fast charger (800V). But that rarely means what it means and serves as a target more than anything else, especially in cold climates. The charging process depends on the fast charger, the battery state and the temperature, among other factors.

Whatever happens, you can take advantage of the reclining driver’s seat to rest and watch your battery fill up.

Hyundai doesn’t seem dramatically impacted by the current state of affairs in the automotive industry. The automaker promises that there will be plenty of Ioniq 5’s for customers who want to purchase them. That is, nowadays, a strong selling point.

The Hyundai Ioniq 5 isn’t the most fun to drive EV we’ve encountered, but that’s not its primary purpose. It does incorporate most of the necessary characteristics to fill the needs of a wide variety of buyers. And that is one good step towards success. Not to mention that it brings a well-deserved breath of fresh air to the EV world in terms of exterior design. 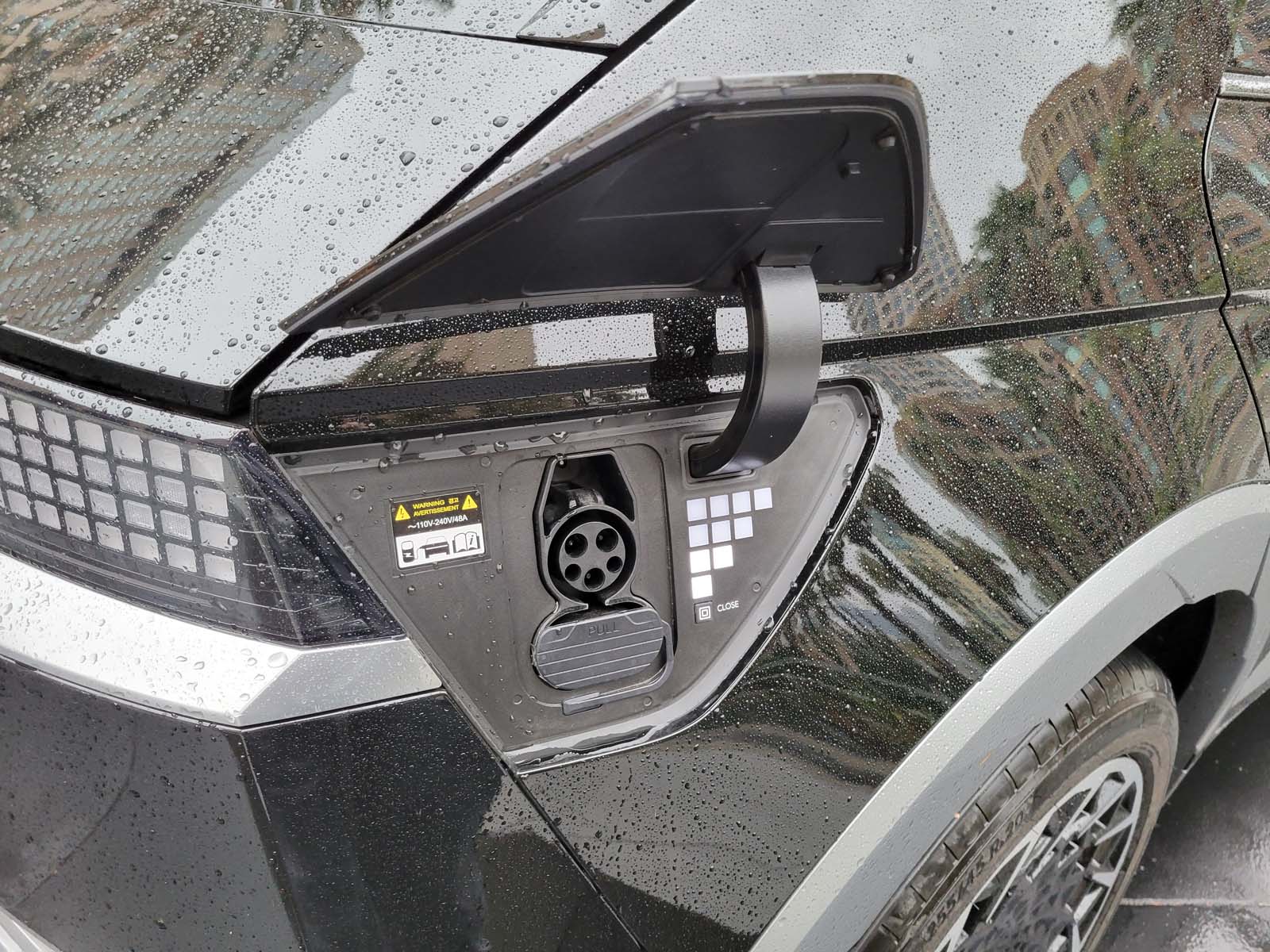 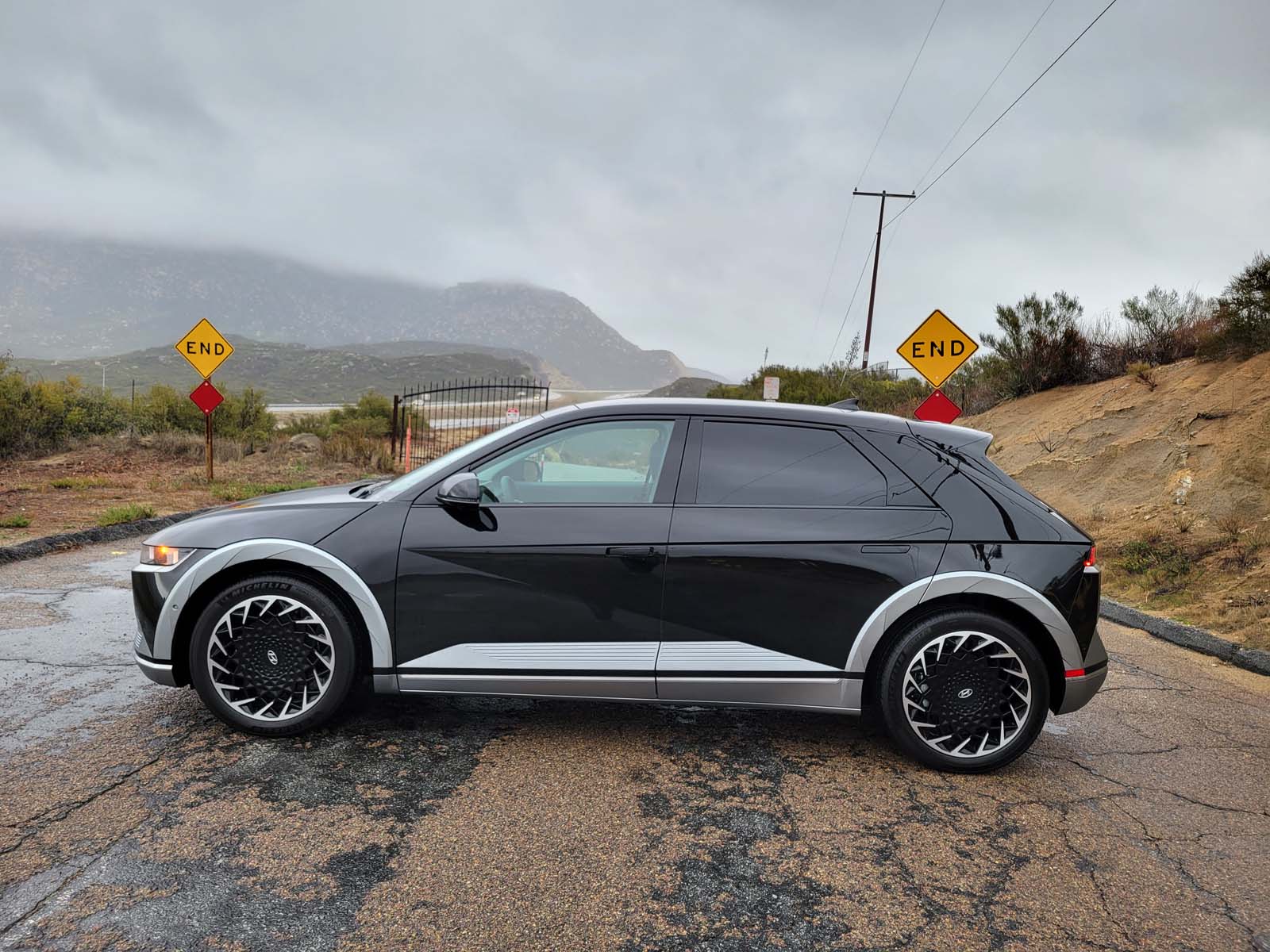 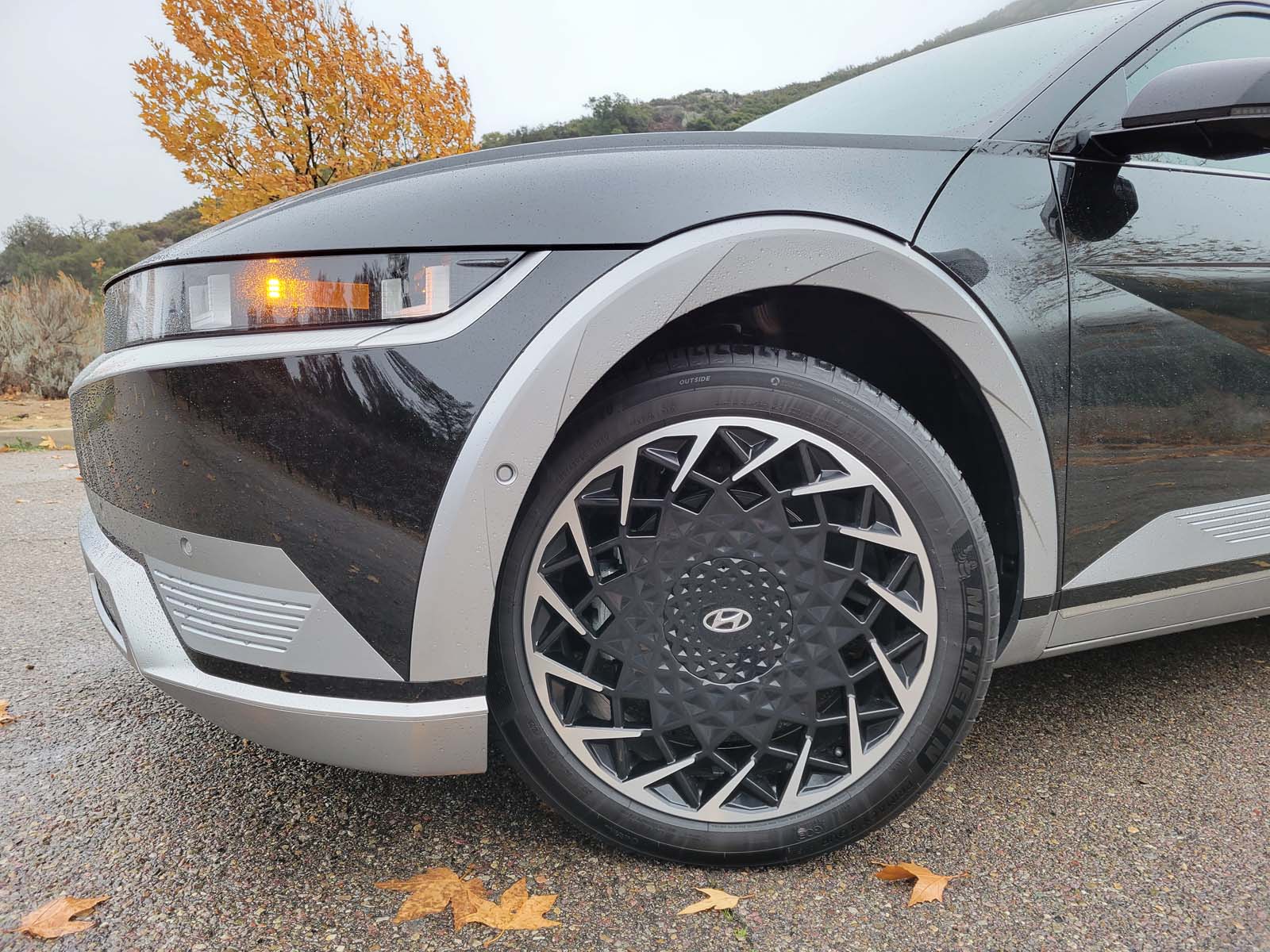 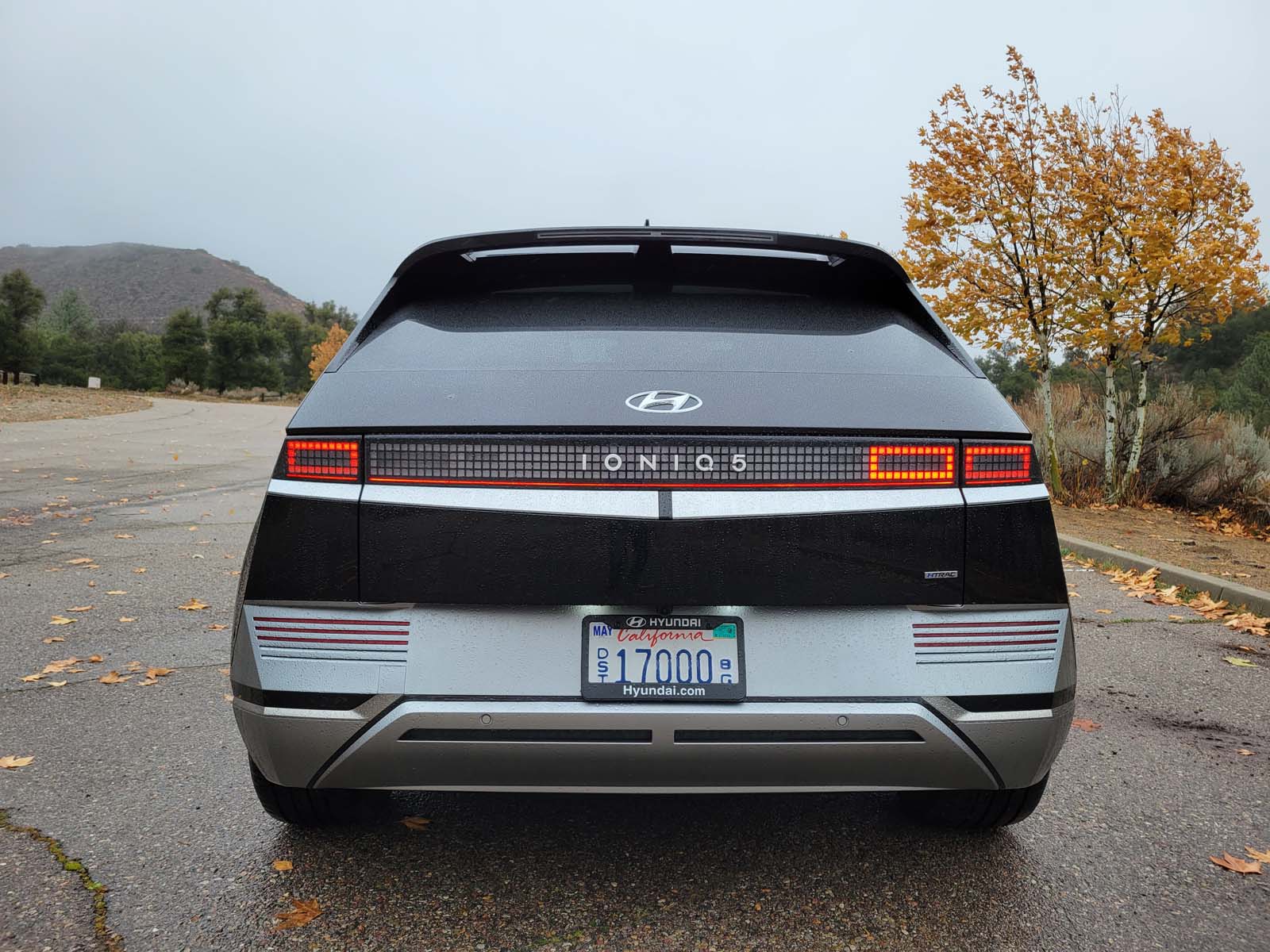 Could Mazda be Working on a Hybrid Rotary Sports Car?

Mazda filed a patent for a RWD sports car powered by a hybrid System that includes a rotary engine This model could look...
Read more

Passat sedan falls victim in Europe to CUV, Arteon sales Wagon version continues to sell, will live on for now Volkswagen has confirmed the...
Read more

Niagara-on-the-Lake, Ontario - The R in the Golf family is the ultimate version, like the Z06 for the Chevrolet Corvette, the Shelby 500 for...
Read more