A new high-performance crossover will soon hit the market, and it isn’t being introduced by a German luxury brand. The 2022 Hyundai Kona N will seek to shake up the mainstream subcompact utility vehicle segment with power, poise and looks.

Obviously, the Kona N borrows the turbocharged 2.0L inline-four from the Hyundai Veloster N hot hatch, which in this application develops 276 horsepower along with an unconfirmed 260 pound-feet of torque that peaks from 1,450 to 4,700 rpm. Unlike the Veloster that comes standard with a six-speed manual gearbox and offers an optional dual-clutch, eight-speed automatic transmission, dubbed N DCT, the Kona N features the latter as standard. Hyundai claims a 0-to-100 km/h (0-96 mph) time of 5.5 seconds and a governed top speed of 240 km/h (150 mph). 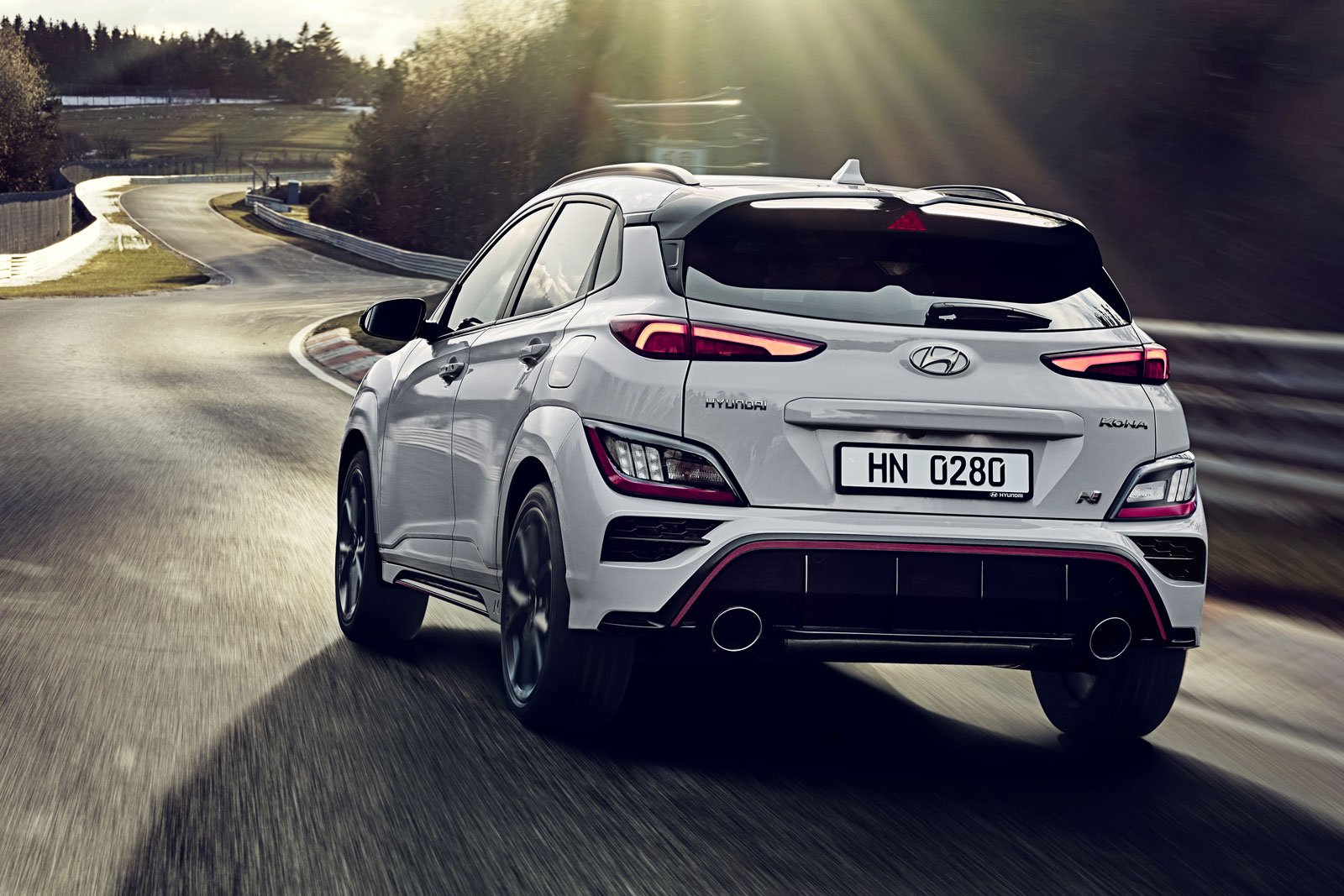 Although many were expecting the 2022 Hyundai Kona N to boast an all-wheel drivetrain, the engine’s power is sent to the front wheels exclusively. The company believes the crossover is fun to drive as is, while an electronic limited-slip differential will keep things under control and eliminate torque steer. A desire to keep the price down at a reasonable level is also one of the reasons behind this decision. The crossover includes 19-inch forged alloy wheels, performance rubber and high-performance brakes as well. In comparison, the MINI John Cooper Works Countryman ALL4, BMW X2 M35i and Mercedes-AMG GLA 35 4MATIC+ all feature AWD.

The flared fenders aren’t purely cosmetic, as the Kona N has a wider track than the crossover’s regular trim levels, and sits lower to the ground too. Three new colors are offered, including the exclusive Sonic Blue, Performance Blue as well as Gravity Gold Matte, which debuted on the upcoming fully electric Hyundai Ioniq 5. 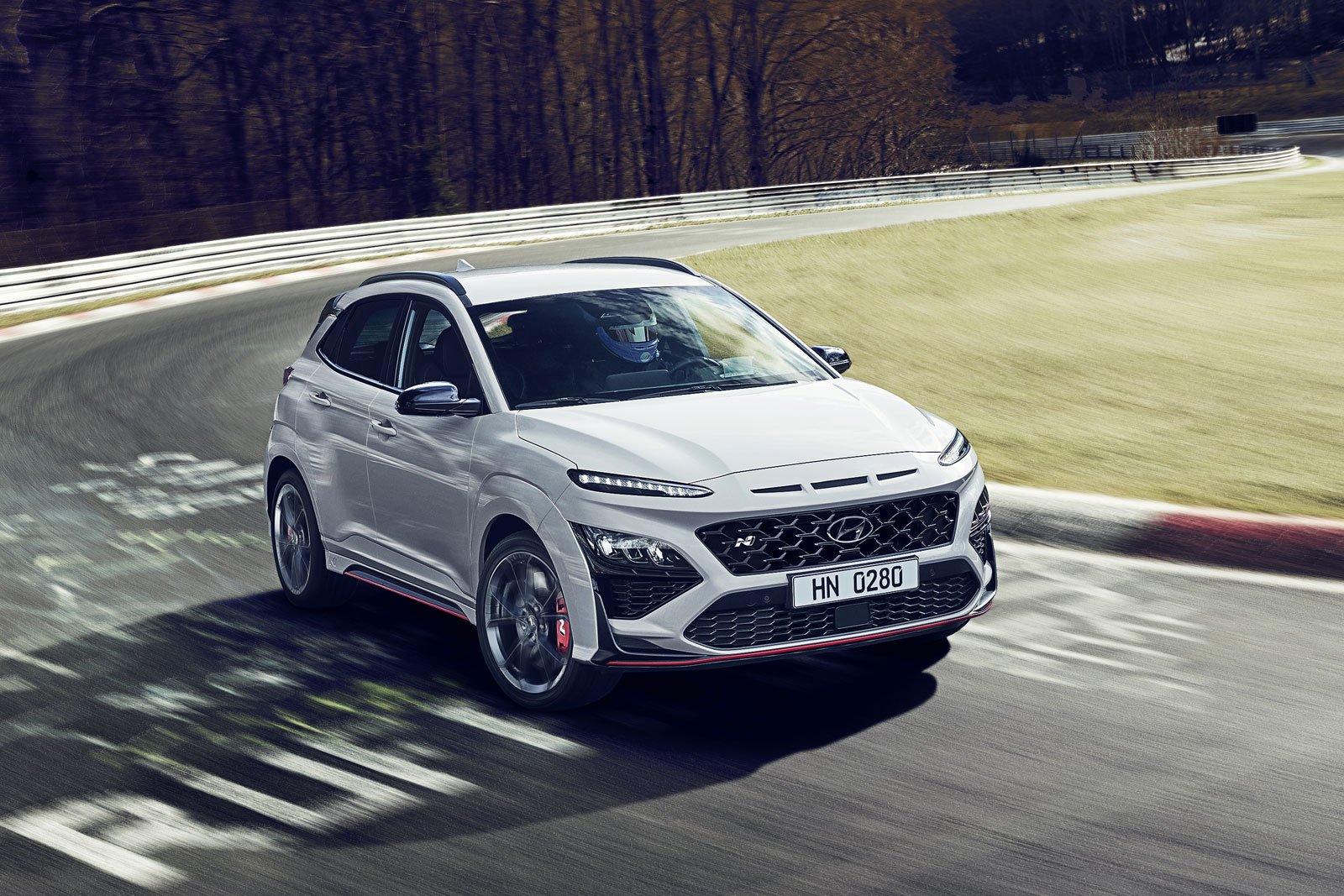 In addition to launch control and the usual drive modes, the Kona N gets what is called the N Grim Control System, which activates a 10-horsepower bonus for temporary 20-second bursts. We’re not sure how a 3.6% power boost will feel in real-world driving, but maybe we’ll be pleasantly surprised. The N drive mode sharpens throttle response and steering feel, while the exhaust system’s growl turns to a nasty bark. In Europe, the Kona N detects double-curved road signs and automatically suggests activating the N mode. 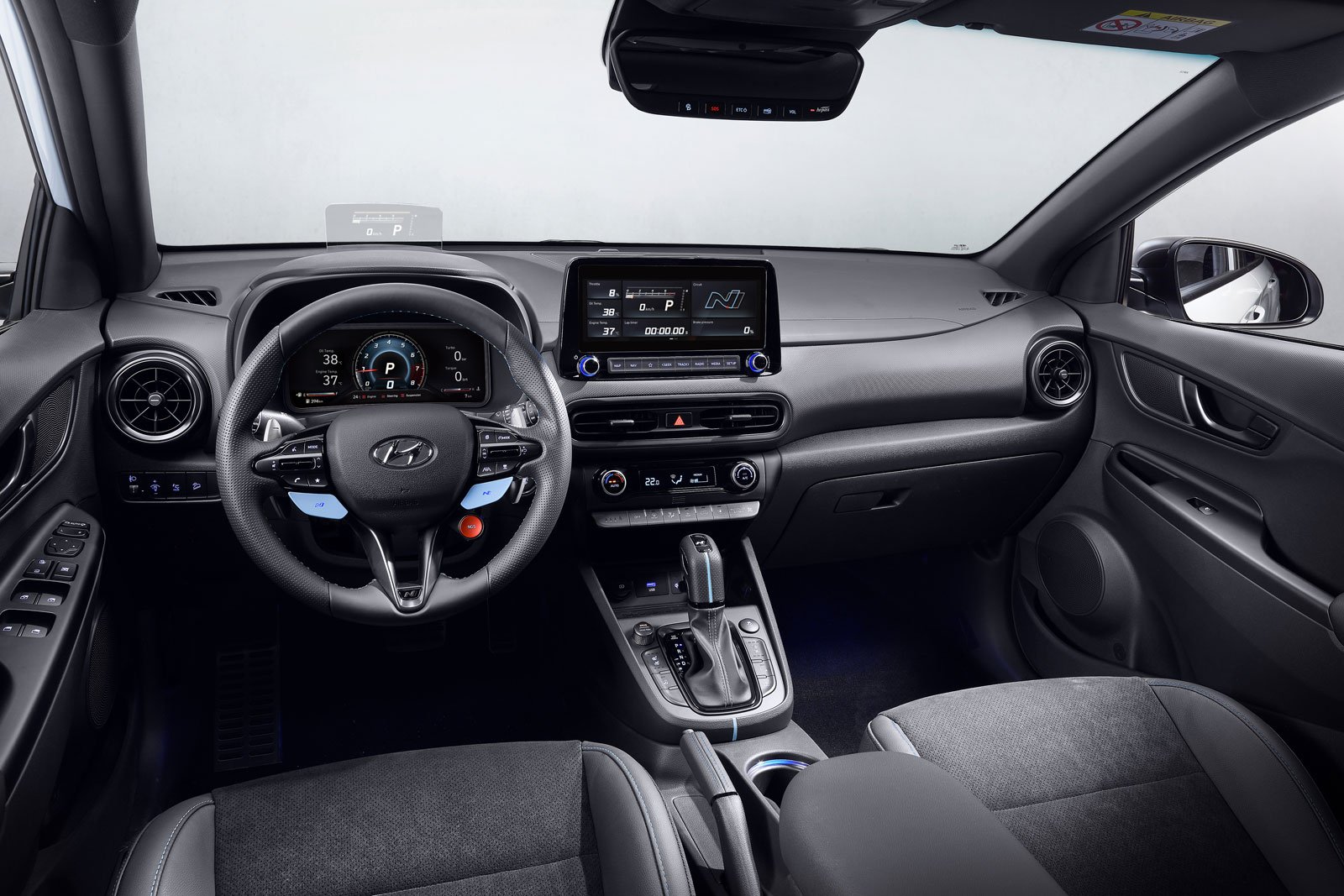 The new high-performance variant of the Kona is the fifth Hyundai N model after the i30 N, the i30 Fastback N, the Veloster N and the i20 N—but the second one in Canada and the United States. The company also offers N-Line trims of the refreshed 2022 Kona, the redesigned 2022 Tucson, the redesigned 2021 Elantra and the 2021 Sonata, which receive a sportier appearance, mild suspension and steering tweaks, along with more powerful engines in some cases.

For now, it's still very much an idea. The concept only had two doors. There are only two small pickup trucks in North...
Read more
Previous articleRimac C_Two Takes On The Porsche Taycan
Next articleNew Lotus Model in July as Automaker Works to Reinvent Once Again