The brand’s fourth utility vehicle is by far the most stylish.

Things haven’t been particularly rosy for the Infiniti brand this year. Like every automaker, it had to deal with the impact of a global pandemic in addition to an aging product lineup, and sales were down by more than 30% in the United States, by more than 50% in Canada. The all-new 2022 Infiniti QX55 crossover coupe couldn’t come at a better time, and it just made its world debut online.

It was initially announced back in August 2019, with the only image being a couple of brush strokes on a black canvas. It was followed by a teaser shot of the vehicle’s silhouette three months later, and now, the QX55 has finally been officially revealed. The short story is that it’s the coupe-like equivalent of the Infiniti QX50, but in reality, it’s more than that. A little. 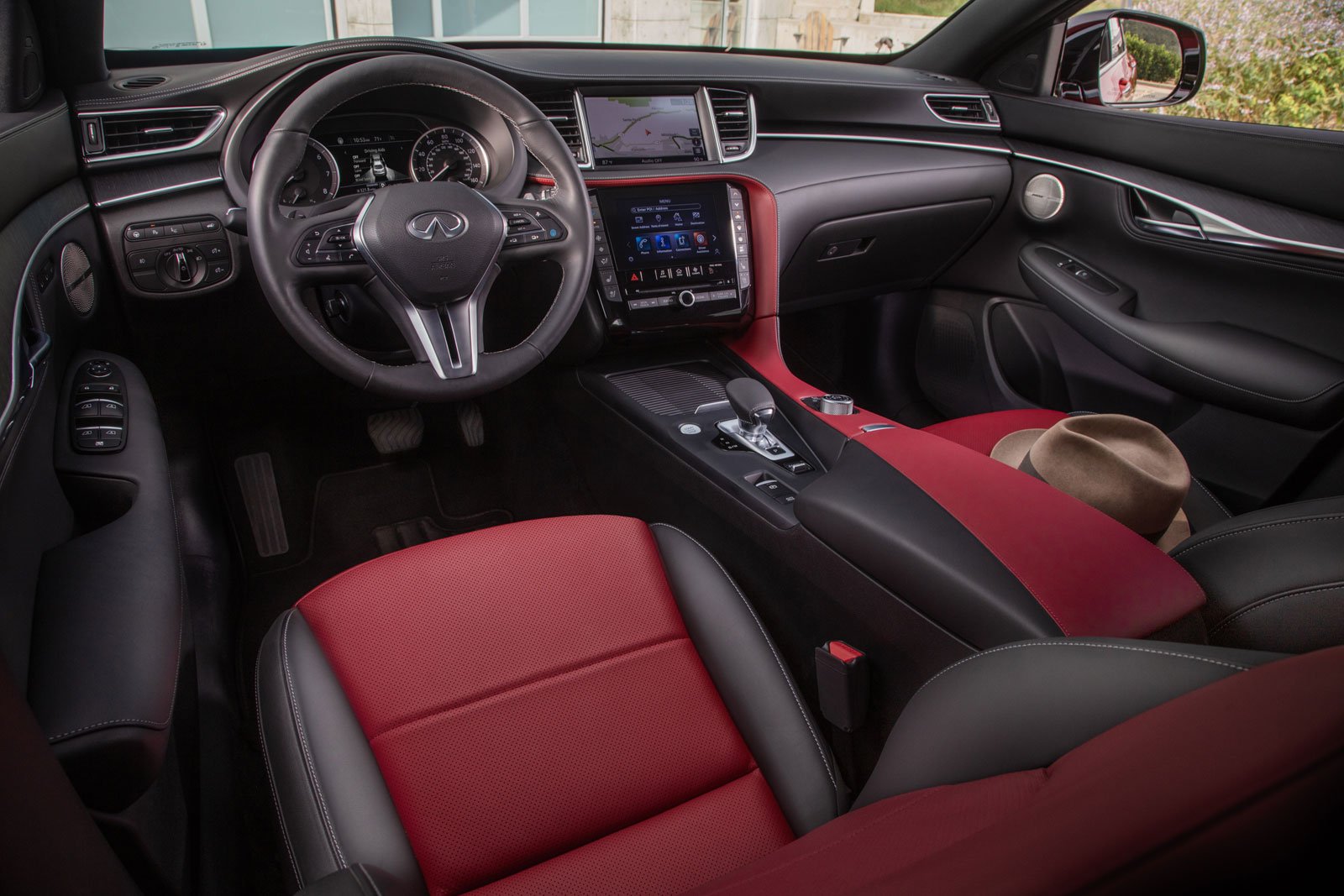 Sure, the 2022 Infiniti QX55 rides on the same platform and uses the same mechanical components, but its sportier character should help it stand out as a different kind of crossover. That starts with an “origami-inspired mesh grille” with a bright metallic shine to it, supported by an aggressive lower bumper design. The sloping roofline to create the coupe profile positions the rear window at a sharply slanted angle, while the high-bustle tail and slimmer, more detailed taillight clusters give the vehicle a more muscular posture.

The Japanese brand looked back as the Infiniti FX as a source of inspiration for the QX55, and pointed out that it created the crossover coupe segment when it introduced the FX for the 2003 model year—likely without even realizing that it would become a trend 15 years later. However, its new crossover doesn’t offer the performance envelope that its predecessor did, which belted out V6 and V8 engine power. 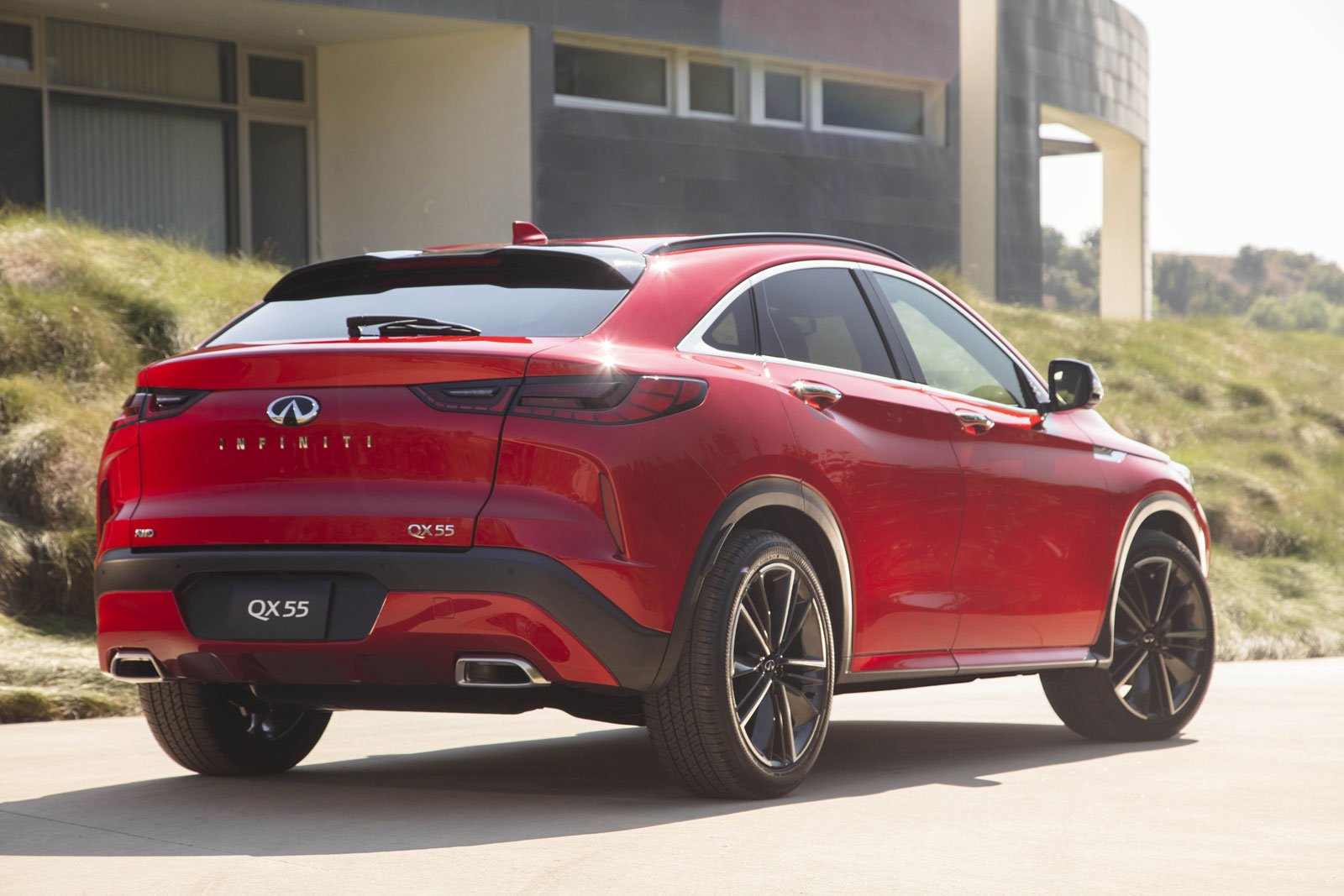 Only one powertrain is available in the 2022 Infiniti QX55, the same one that’s found in the QX50. The company’s trick variable-compression, turbocharged 2.0-litre four-cylinder engine that develops 268 horsepower as well as 280 pound-feet of torque between 4,400 and 4,800 rpm. It’s matched to a continuously variable automatic transmission with a manual shift mode and downshift rev matching to add some sportiness, and unlike the U.S.-spec QX50, an all-wheel drivetrain is standard in the QX55 for every market around the world.

Rivals to the QX55 include the Audi Q5 Sportback, the BMW X4, the Mercedes-Benz GLC Coupe and the Porsche Macan. However, for now, there will be no high-performance variant to go head-to-head with the X4 M40i, the AMG GLC 43 and the Macan S, let alone the X4 M, the GLC 63 and the Macan Turbo which all produce between 434 and 503 horsepower. 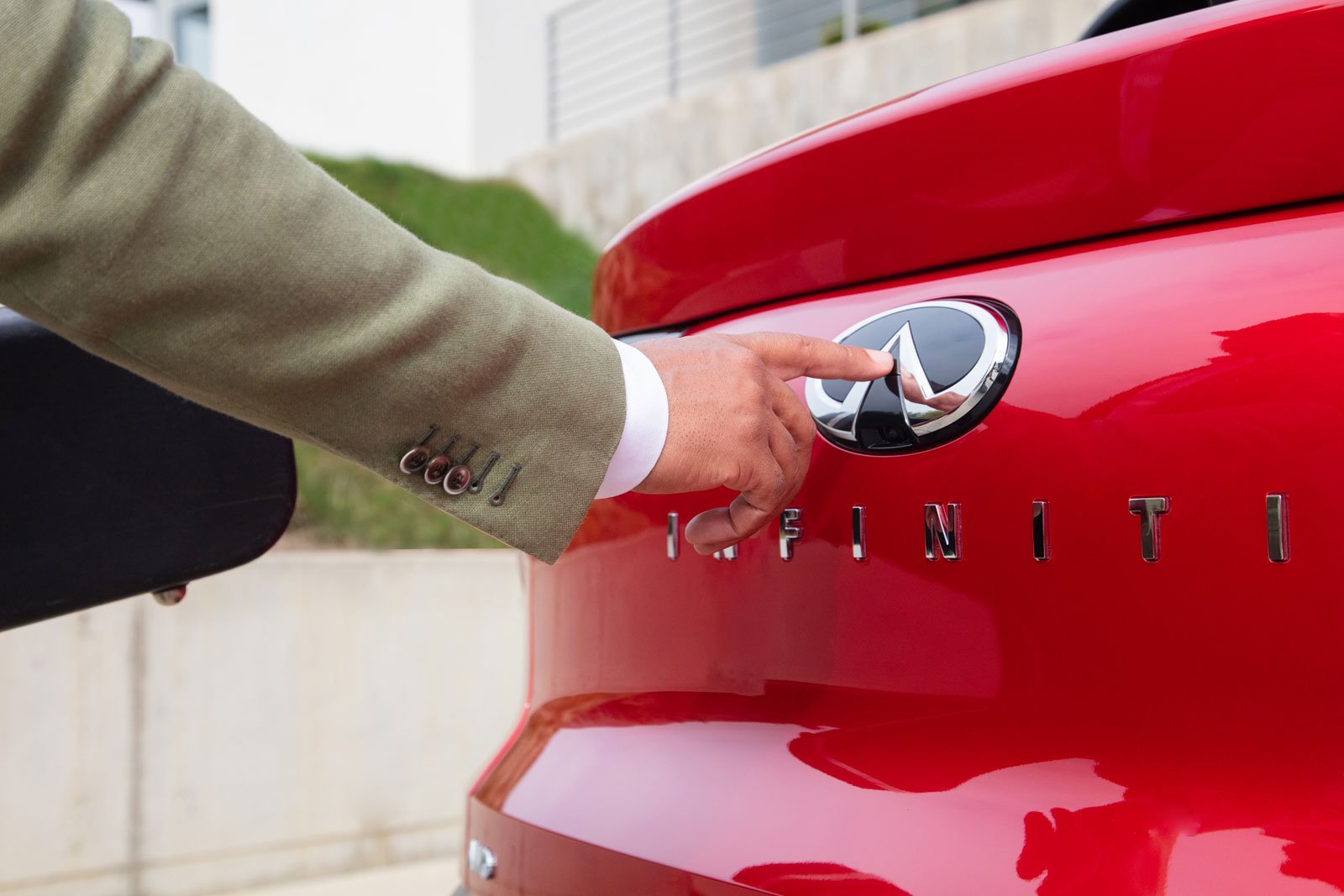 What’s more, steering, suspension and brakes are identical to the QX50’s, so both crossovers should handle the same. Wheelbase, overall width as well as front and rear track are also the same, but despite the QX55’s visual stubbiness, it’s actually an inch and a half longer, obviously sporting a roofline lowered by about two inches. 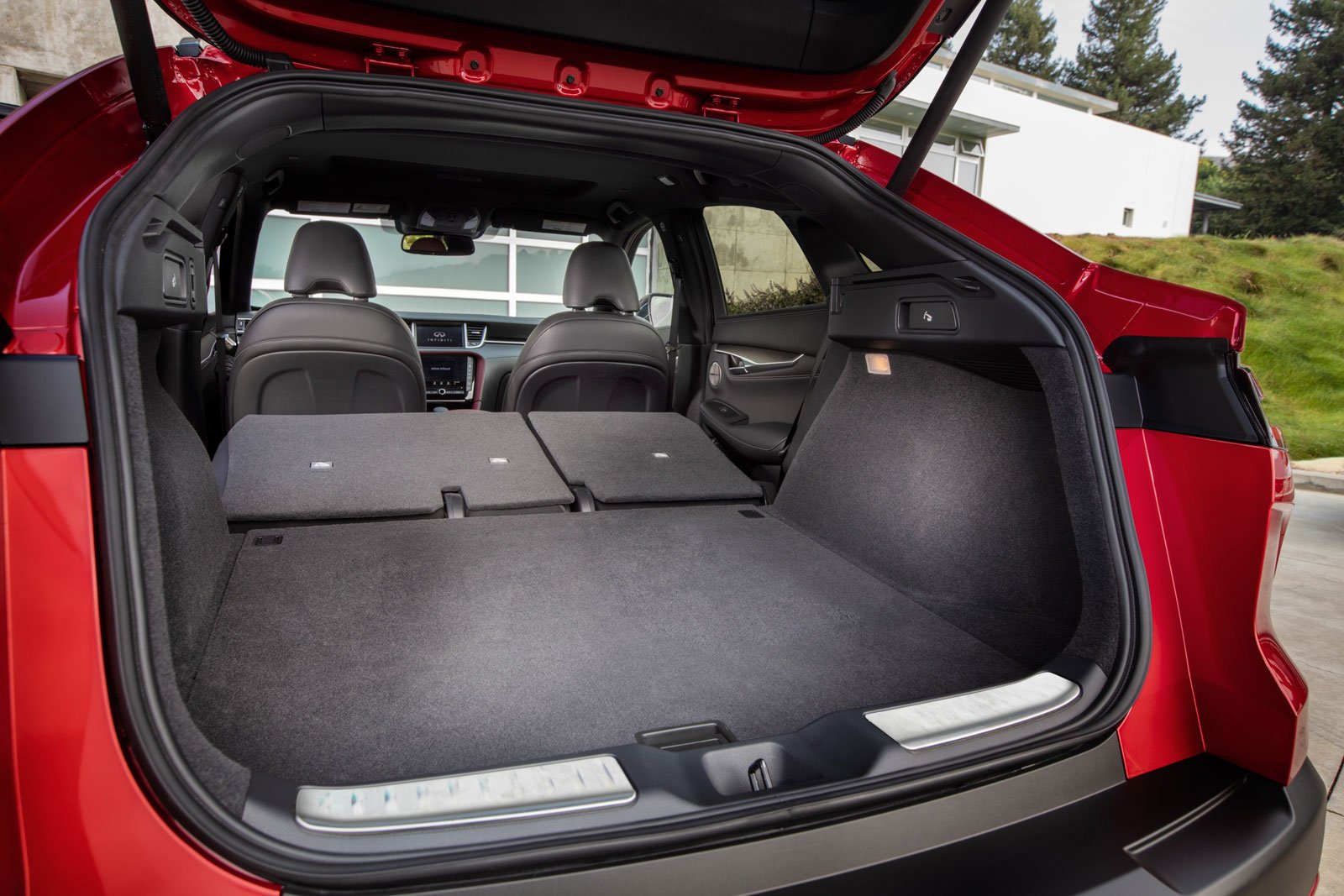 The 2022 Infiniti QX55 will be available in fewer trim levels than the QX50, and will boast more standard features as well. Through the Luxe, Essential ProASSIST and Sensory variants, amenities such as 20-inch alloy wheels, wireless Apple CarPlay and Android Auto, head-up display, a power moonroof, heated front seats, semi-aniline leather seating and a 16-speaker, Bose Performance Series surround sound system are standard or optional. There’s also an on-board 4G LTE Wi-Fi hotspot to keep everyone’s devices connected the world, although a data package will be required.

Pricing has not yet been announced, but the 2022 Infiniti QX55 will go on sale in the U.S. and Canada in the spring of 2021, followed by an introduction in other markets. This brand’s new crossover coupe is the fourth model in its utility line and by far the most stylish of the group, which should please luxury-brand consumers who view design as one of top priorities.