After 8 years in the ring, the Lexus NX was in need of a revamp. It’s slightly more extravagant looks and proven reliability are just not enough to convert luxury crossover buyers (especially those who love German brands) that it has enough substance. For this new generation, Lexus gave it everything it could in order to take a bigger piece of the lucrative segment the NX sits in.

Along with a new engine lineup, interior redesign and new technologies, the new NX 450h+ plug-in hybrid could be the edge the NX needs to win. It uses the same technologies as the RAV4 Prime to provide a new option in a segment where plug-ins are quite expensive.

We were given the opportunity to drive the new 2022 Lexus NX 450h+ in Phoenix, AZ. Here’s our report. 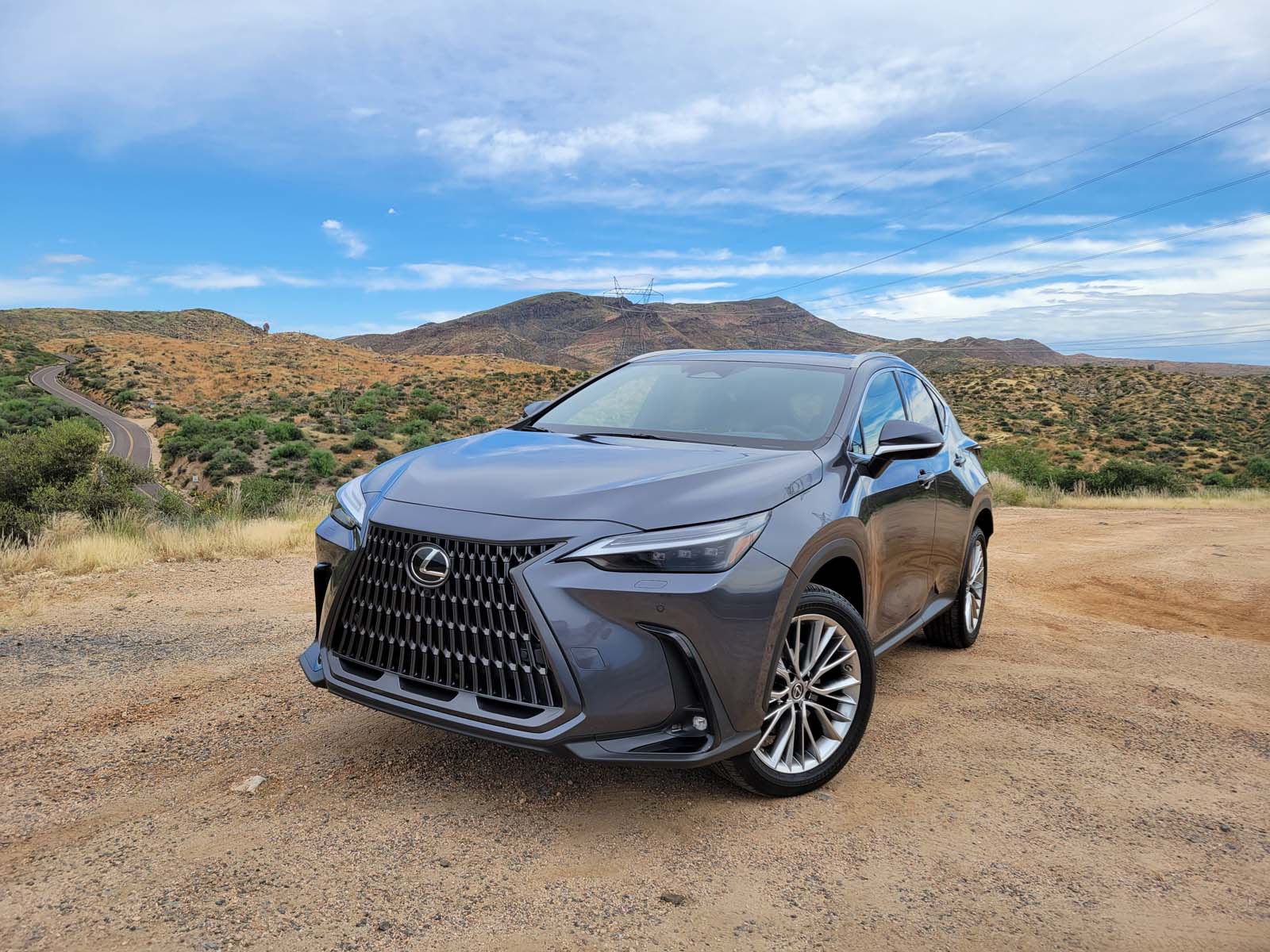 It All Starts with the Toyota RAV4 Prime

The so-far-very-successful, but hard-to-get RAV4 Prime served as a base for the NX 450h+. The former’s underpinnings give the PHEV NX the same 2.5-litre engine, which combines with the hybrid system to deliver 304 horsepower. Lexus claims that there are some specific particularities to the NX system in terms of driving and finesse compared to the RAV4’s. 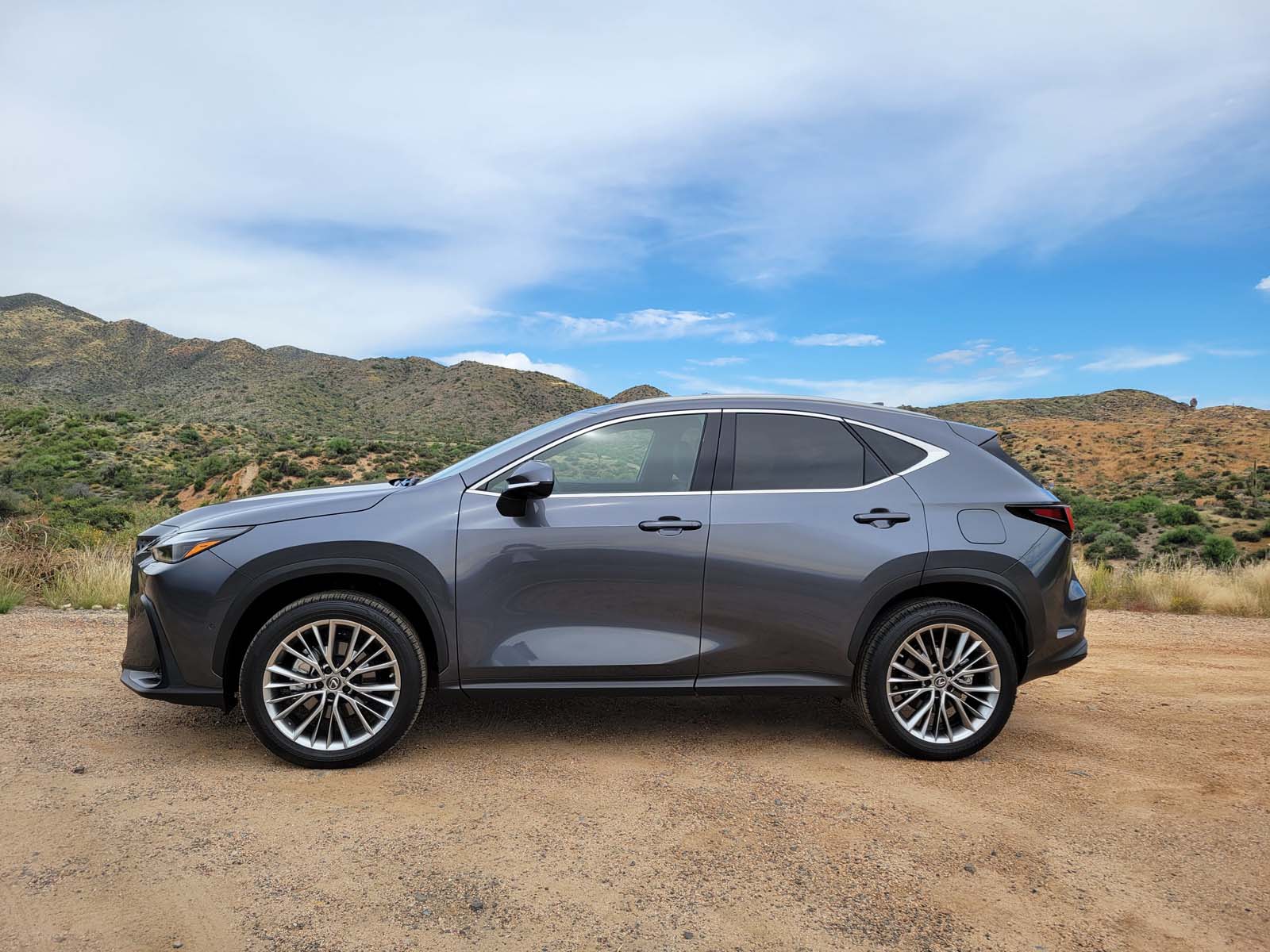 Lexus gave its new plug-in hybrid this generation’s new flavours in terms of style and tech. In the centre of the dashboard, the manual switches and buttons and analogue clock gave way to a predominant infotainment 14-inch infotainment touchscreen. Below in the centre console, the infamously unintuitive Touchpad is gone. 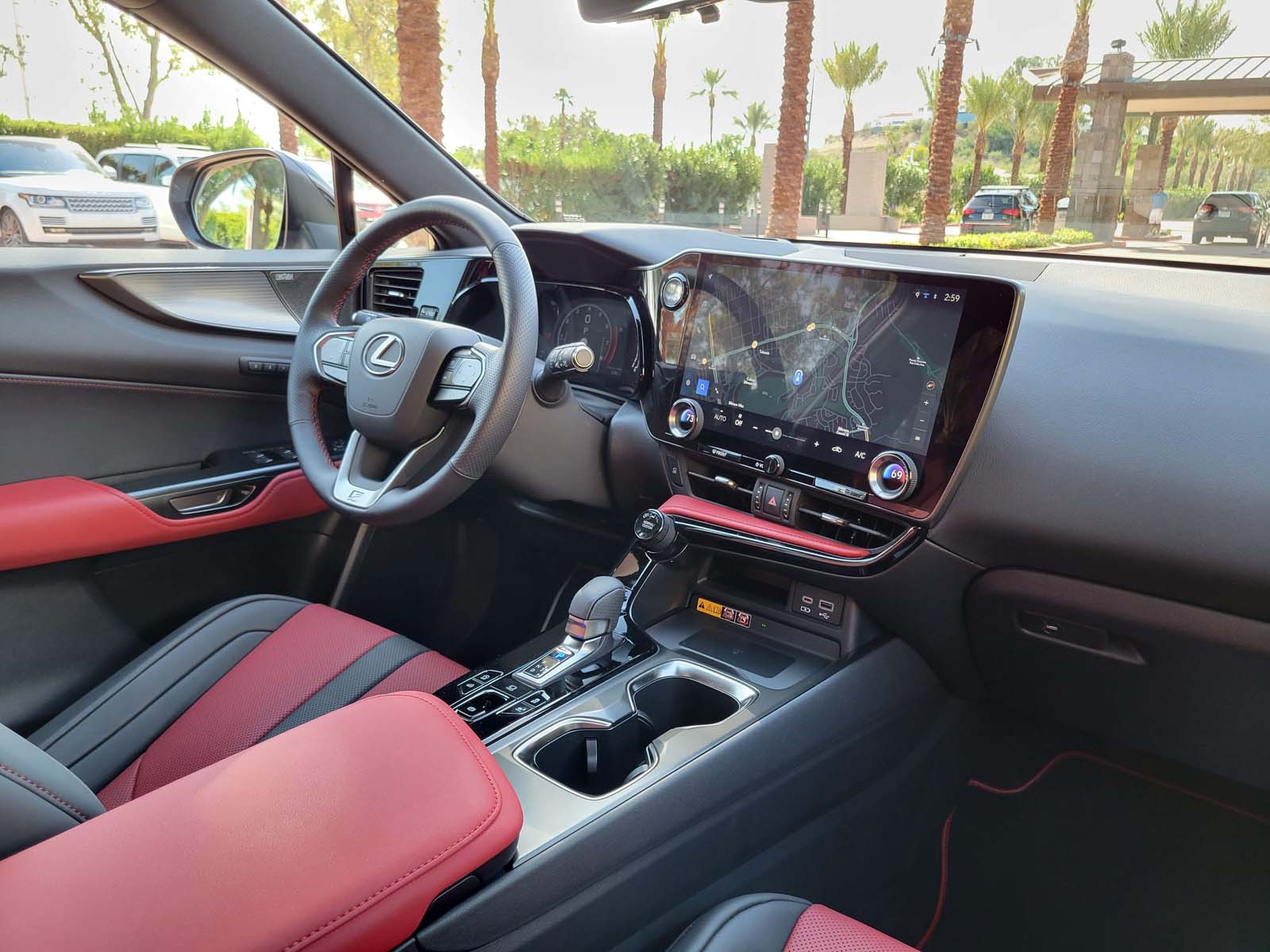 Hence, everything has to be controlled through the touchscreen, which can become an inconvenience for some – but big screens have been known to replace buttons and levers in the industry for quite some time now. Lexus added a virtual assistant which works similarly to the ones you’ll find in recent rival models, like the Mercedes-Benz MBUX. It serves a purpose for when using the touchscreen is impossible or inconvenient.

After thoroughly testing this interface combination, we can state that we would be easily acquainted with it after a few weeks. The screen is intuitive, fast and responsive, and a quick “Hey Lexus” or “Ok Lexus” followed by a command like temperature settings, to changing the radio station or even to fold down the rear seating to deploy full cargo volume proved to be efficient. Although we love buttons and switches, this touchscreen/vocal combination is far superior from the old Touchpad method!

As with the old NX, the interior’s build quality is on par. 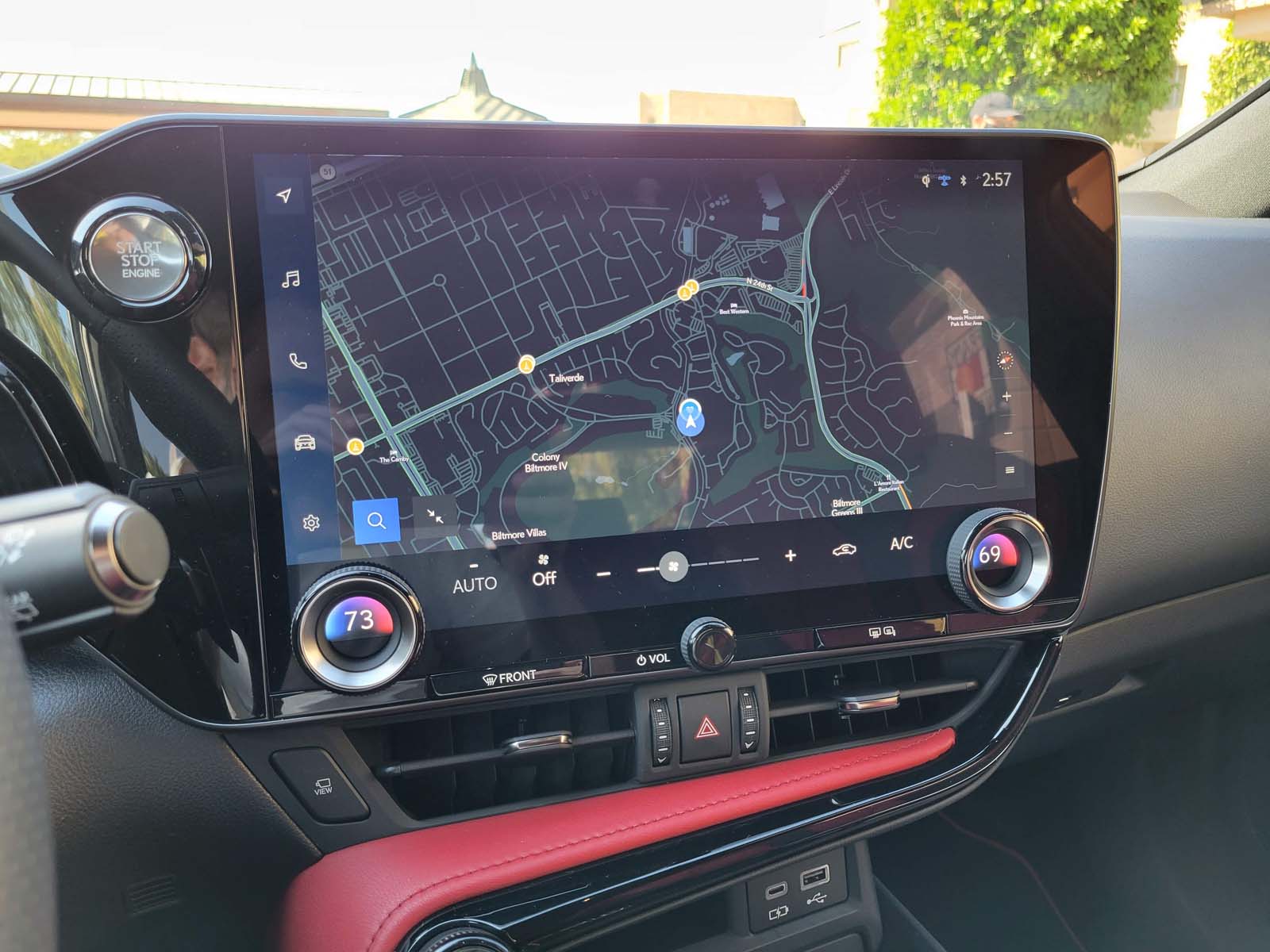 On the road, the 450h+ provides plenty of low-end torque thanks to the electric motor. The ICE and the electric systems work seamlessly together to provide an enjoyable ride, no matter the drive mode you’re in.

The NX 450h+ isn’t the most exciting chassis when compared to German rivals – driving enjoyment speaking. Adding the F Sport Handling Package with adaptive dampers counterbalances some of the little irritants – like body roll – and will give a better handling while not compromising too much on comfort.

The 450h+ doesn’t feel much heavier than the NX 350 in terms of handling, which shows that the vehicle is well balances. The ride comfort and quietness of the cabin are also on par with what the NX is known for. 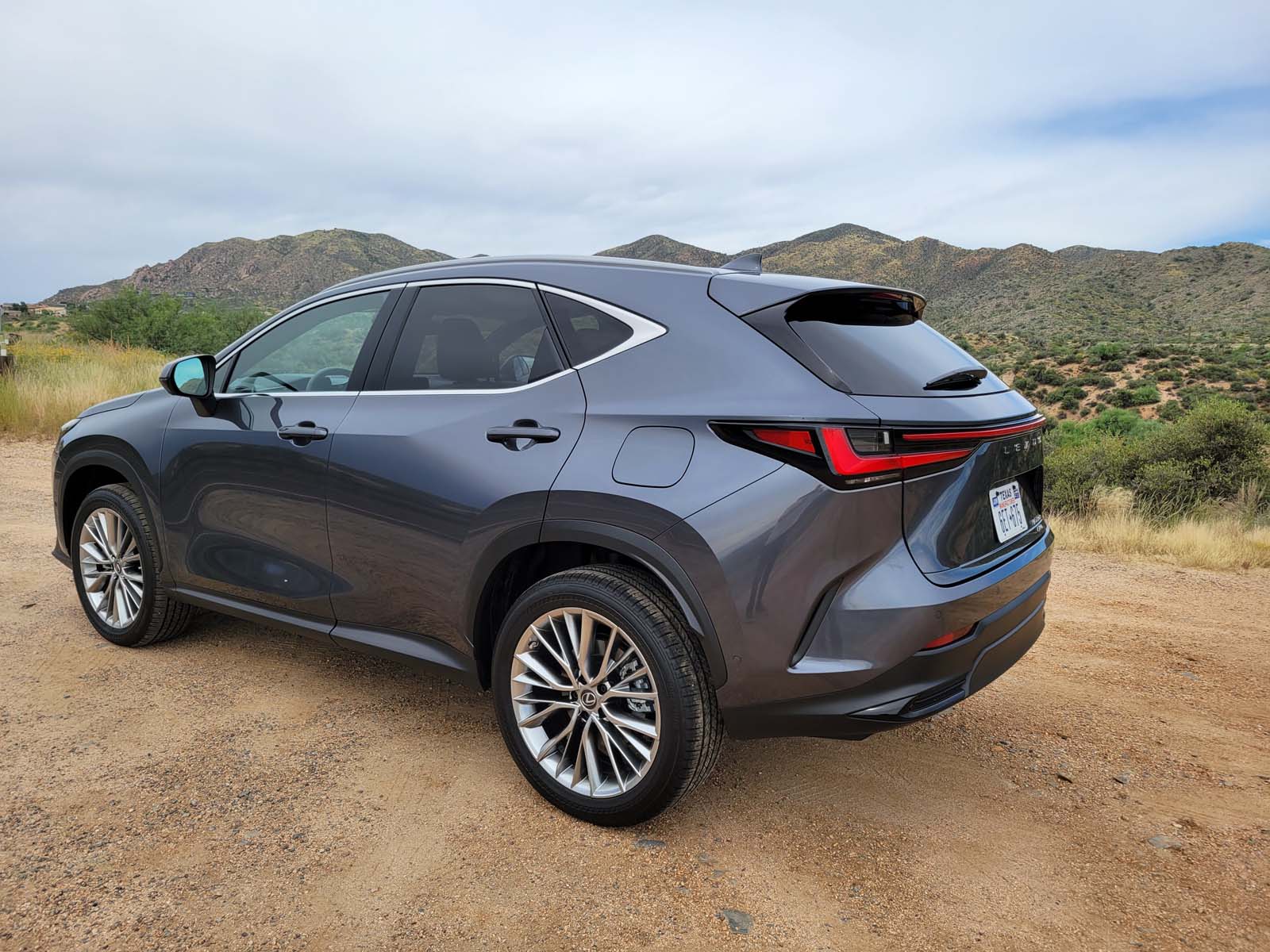 The Lexus NX expands the possibilities – and its chances for success – with more powerful engines and its new 450h+ plug-in variant. While it is still not the most exciting drive in the segment, the PHEV model has a chance to gather more attention for those who are willing to sacrifice a little excitement for a comfortable, reliable and efficient ride. All this at a very attractive price compared to the competition, which usually pumps up the numbers when it comes to plug-in variants. The NX starts at just under $60,000 for the plug-in hybrid model (before incentives) in Canada, and $55,560 in the US. That’s roughly a $13,000 premium over the base model in Canada, and $18,000 in the US. 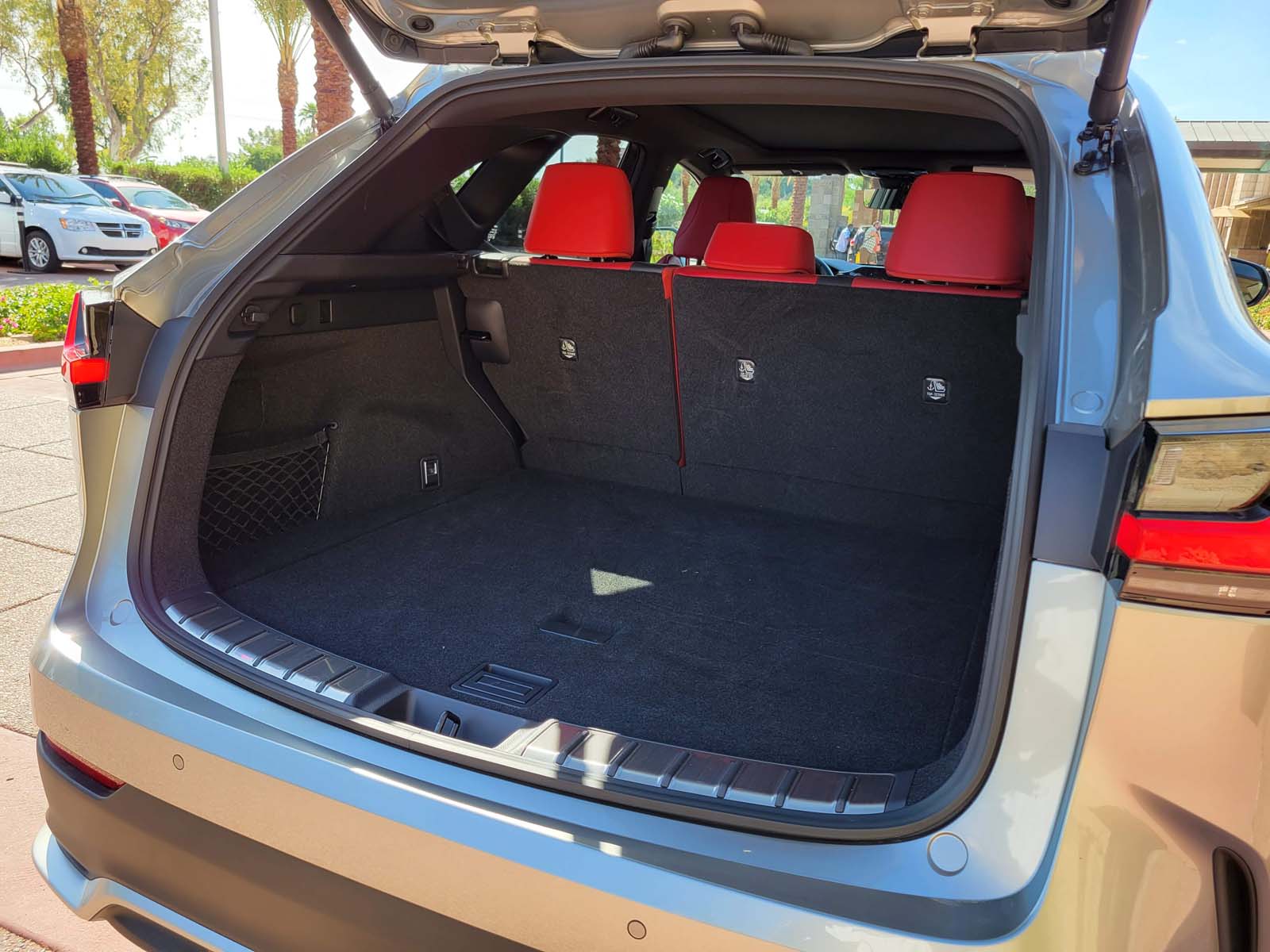 The RAV4 Prime’s popularity is undeniable; it is currently very hard to get. And if the NX 450h+ should create a similar wave, we just hope the factories are ready for it. 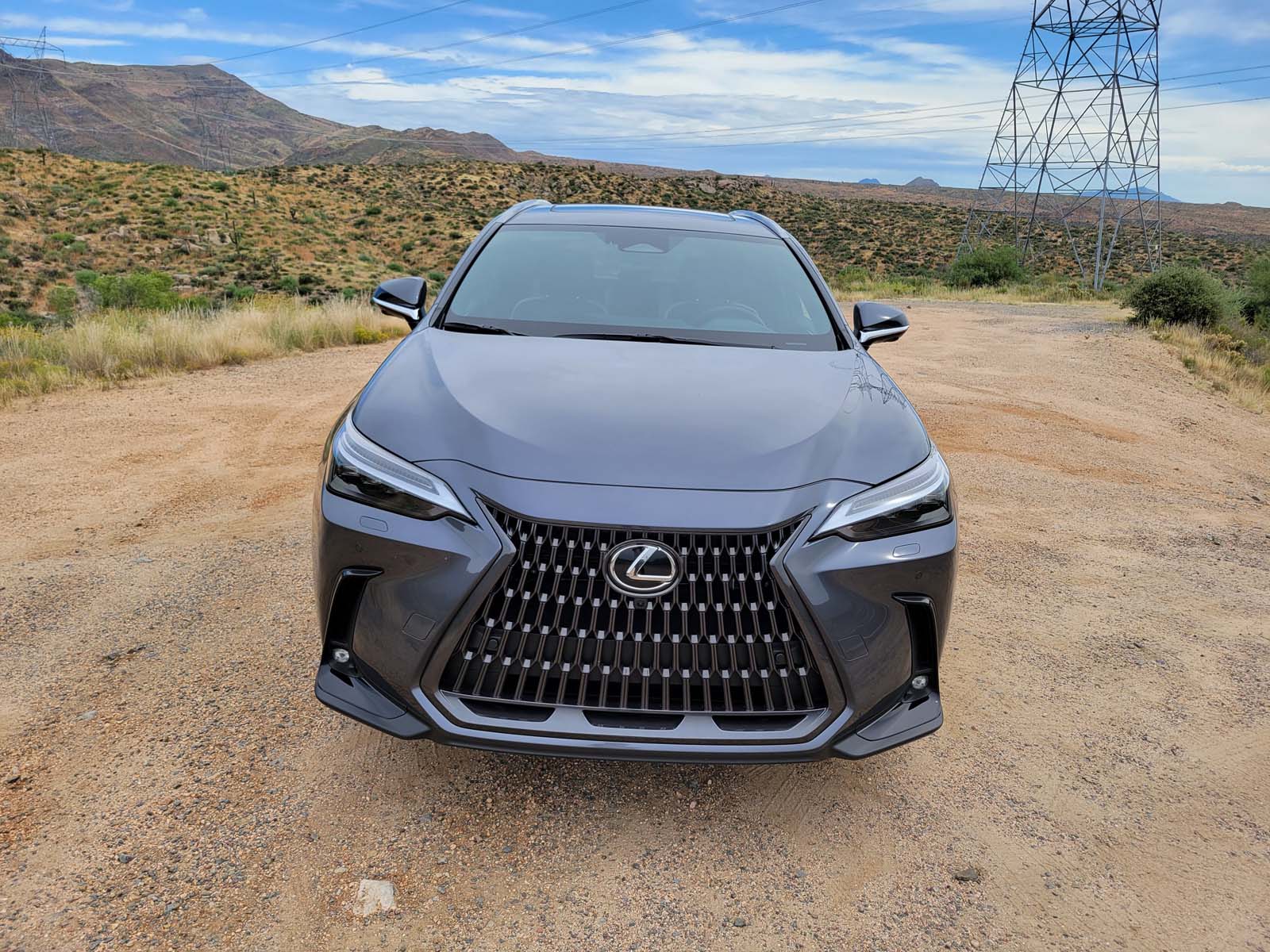 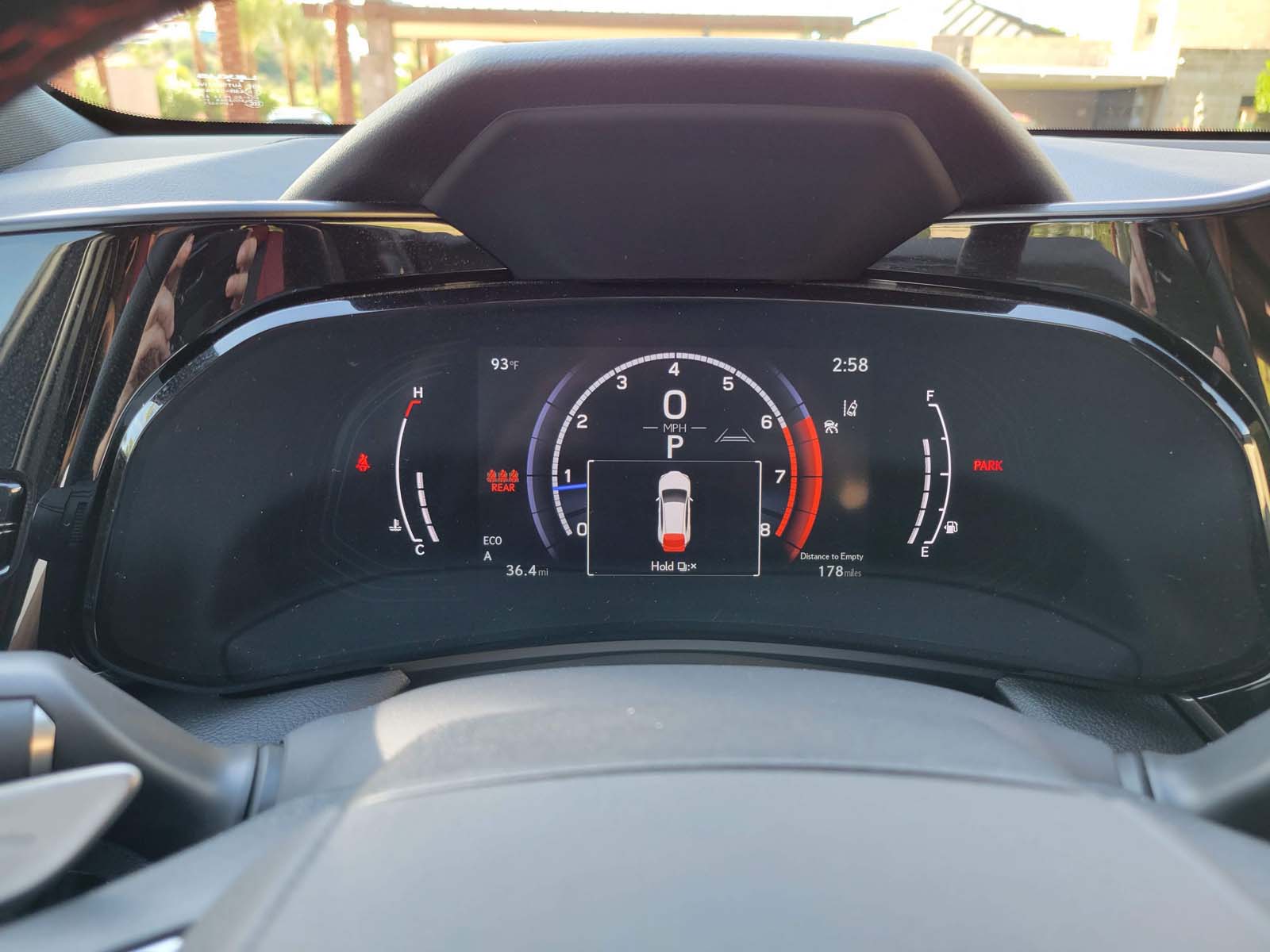 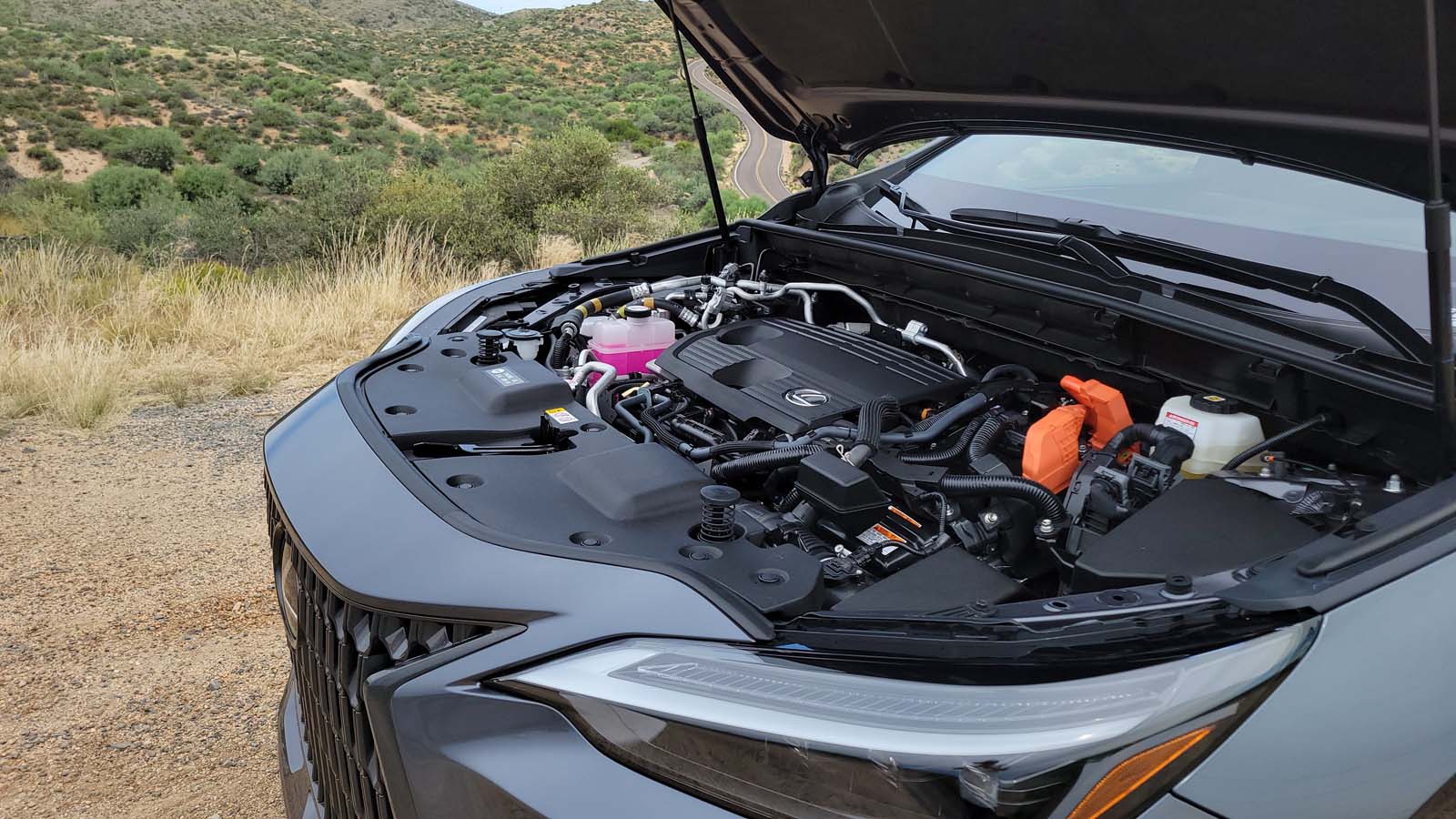 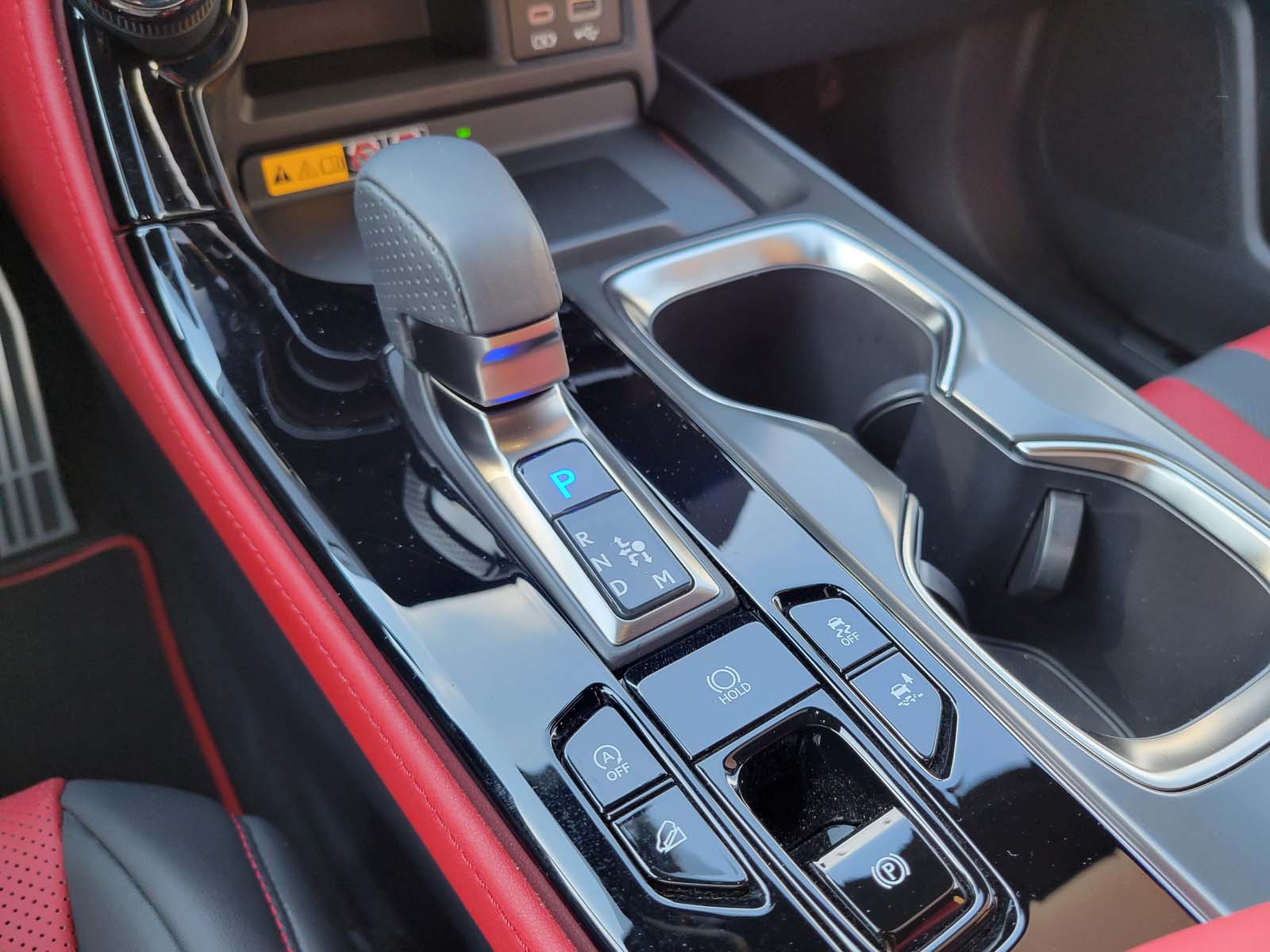 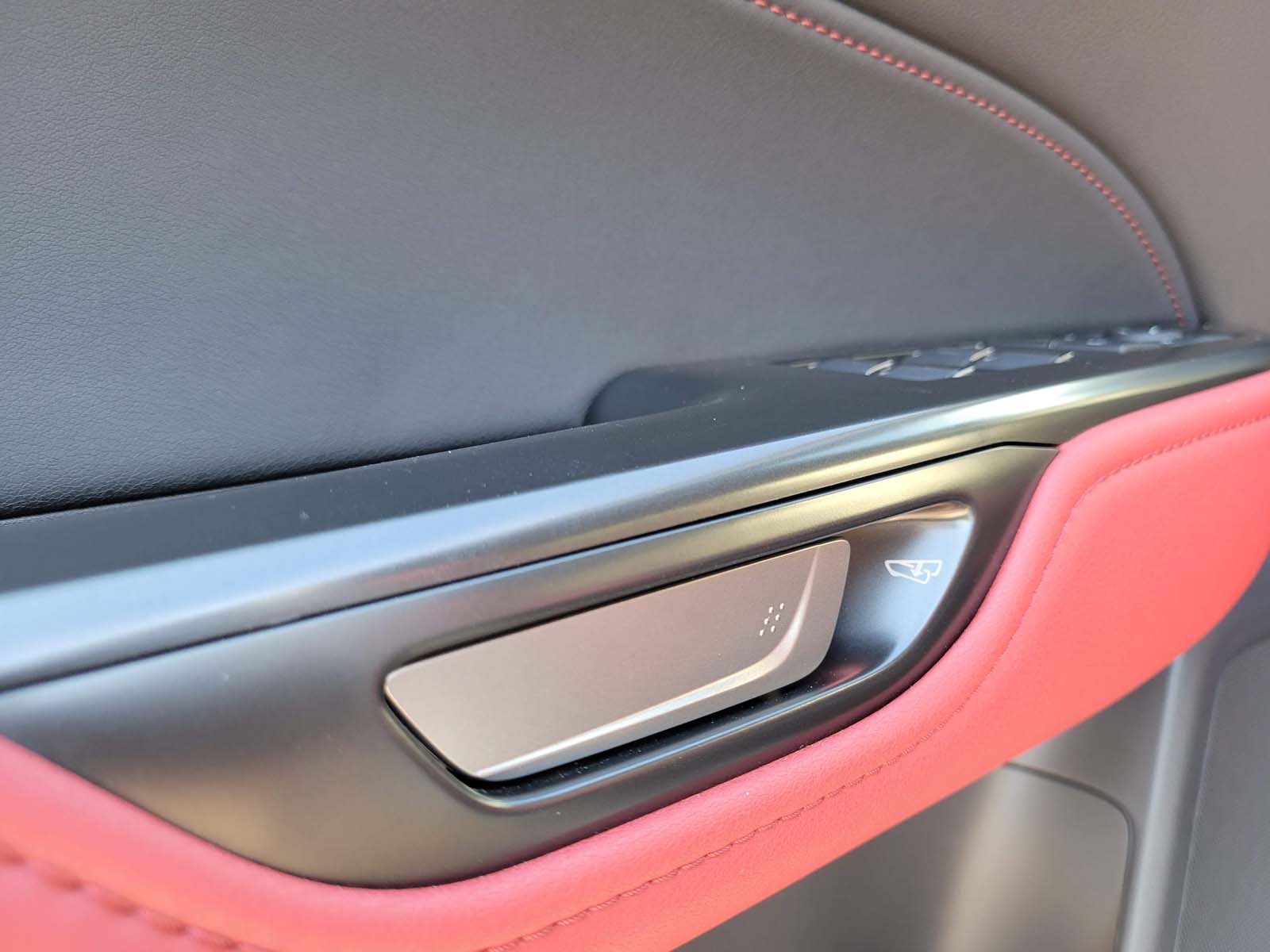 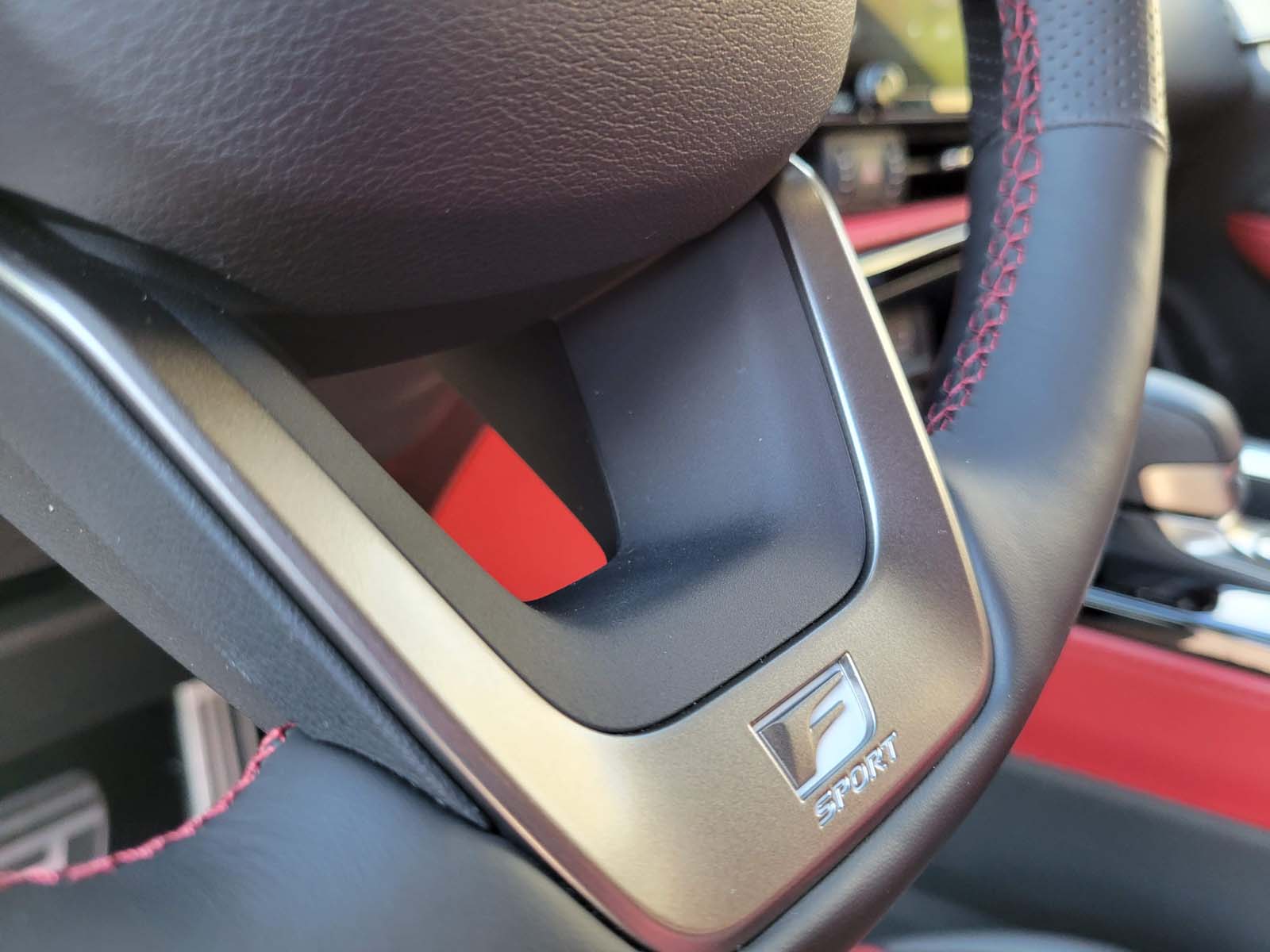 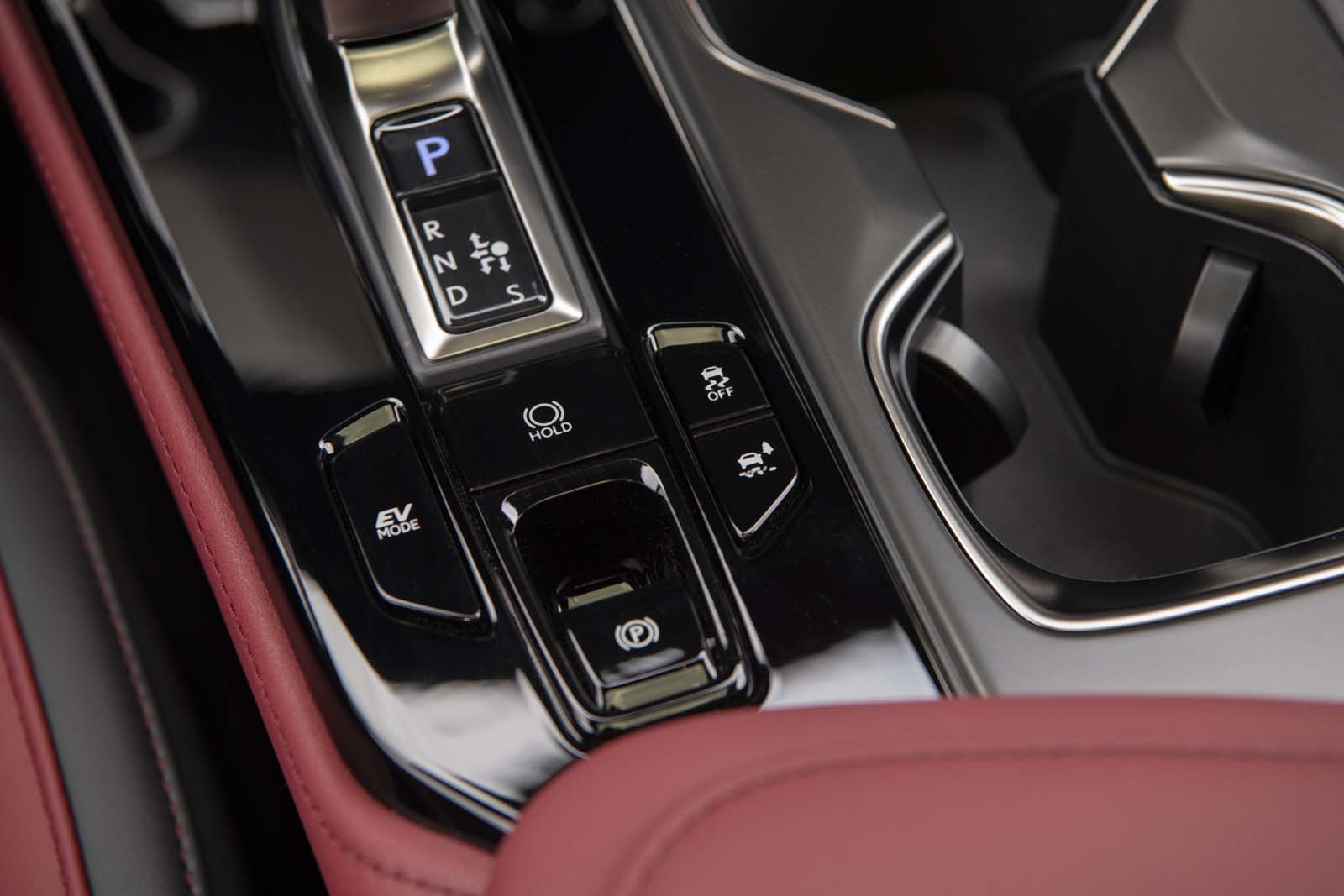 Earlier this month, the EU voted to completely ban ICEs by 2035. Germany believes that niches will continue to exist for ICE. As the...
Read more
Previous article2022 Lexus NX Review: Now More Than Just Reliable
Next articleAlfa Romeo Will Consecutively Introduce New Models Until 2026

New 2023 Toyota BZ4X is first EV from Toyota It shares many of its components with the Subaru Solterra It has 406 kilometres...
Read more
First Reviews

Our first review with the 2022 Infiniti QX60 It is the best-selling model from the Infiniti lineup with 35 % of sales in...
Read more