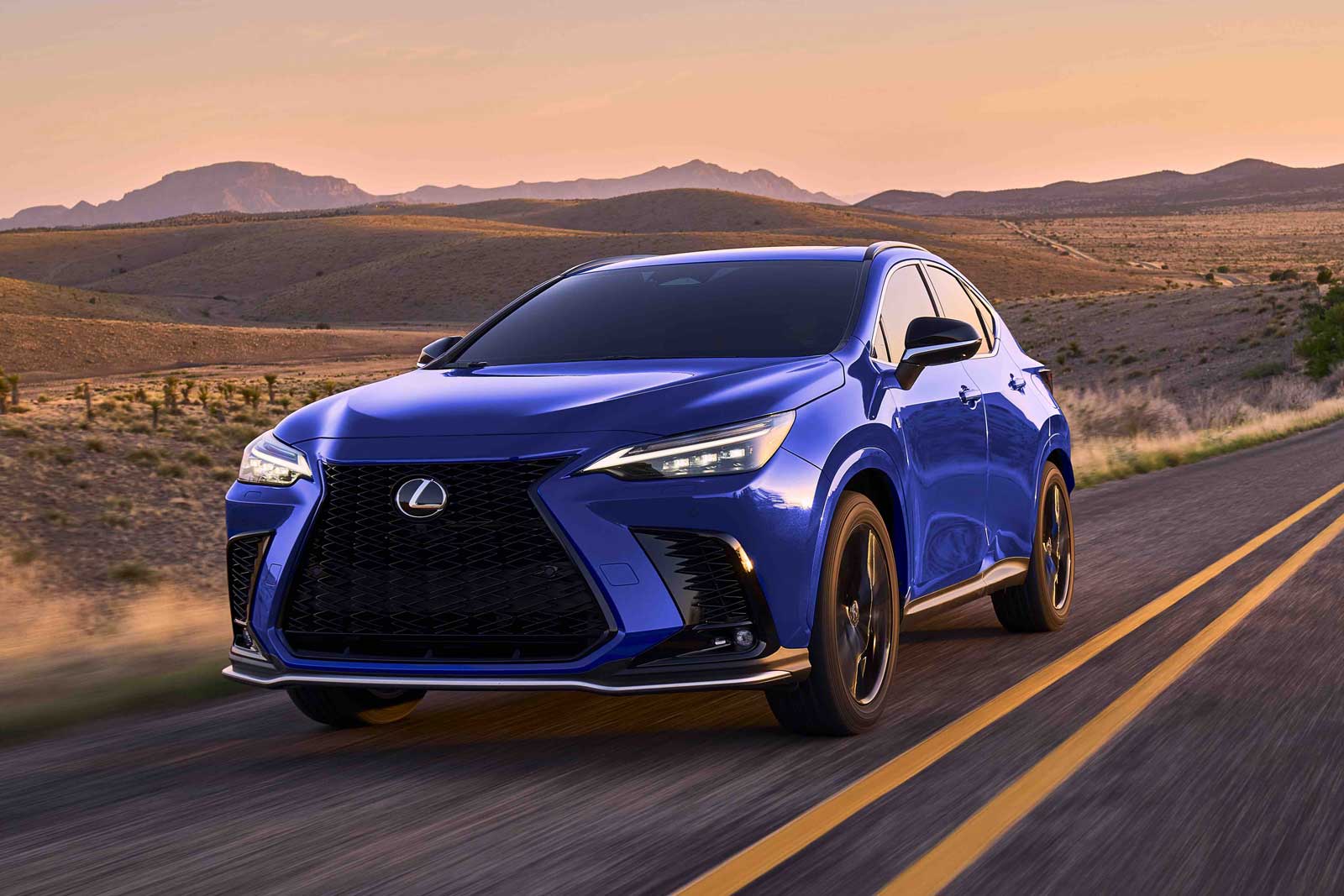 Four powertrains are new offered, including a plug-in hybrid variant.

The 2022 Lexus NX has just been revealed to the world, and the second-generation crossover boasts an all-new look, updated technology and more power. 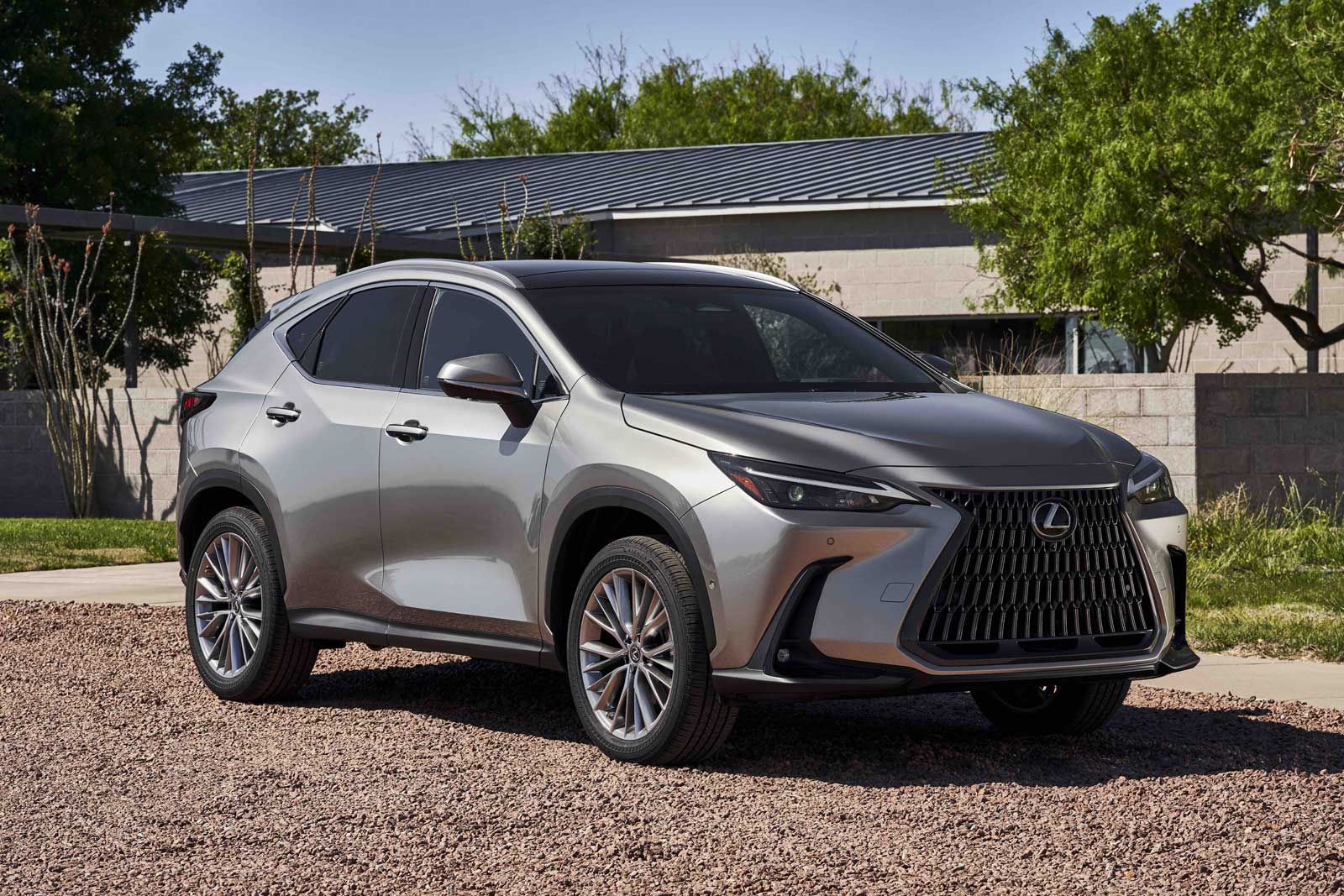 Other standard of available features include heated front and rear seats, a Thematic Ambient Illumination with 14 themes and 64 colors and a panoramic power sunroof. There are four interior color schemes with Stippled Black trim on the entry-level variants, Black Open Pore wood trim and 3D-effect Black Prism glossy trim being available on upper trims. Built on the Lexus GA-K platform, the NX is said to offer increased head- and legroom as well as a more spacious cargo area.

The 2022 Lexus NX’s exterior design evolves from the outgoing generation, with blade-like taillights and the brand’s name in capital letters across the vehicle’s rump instead of the usual logo. Up front, the trademark spindle grille gets a 3D effect, flanked by arrow-shaped LED daytime running lights and available three-projector headlights. There are new paint colors as well, including exclusive hues for the F SPORT package. The latter gets racier front and rear bumpers, 20-inch gloss black alloy wheels and body-color fender flares. 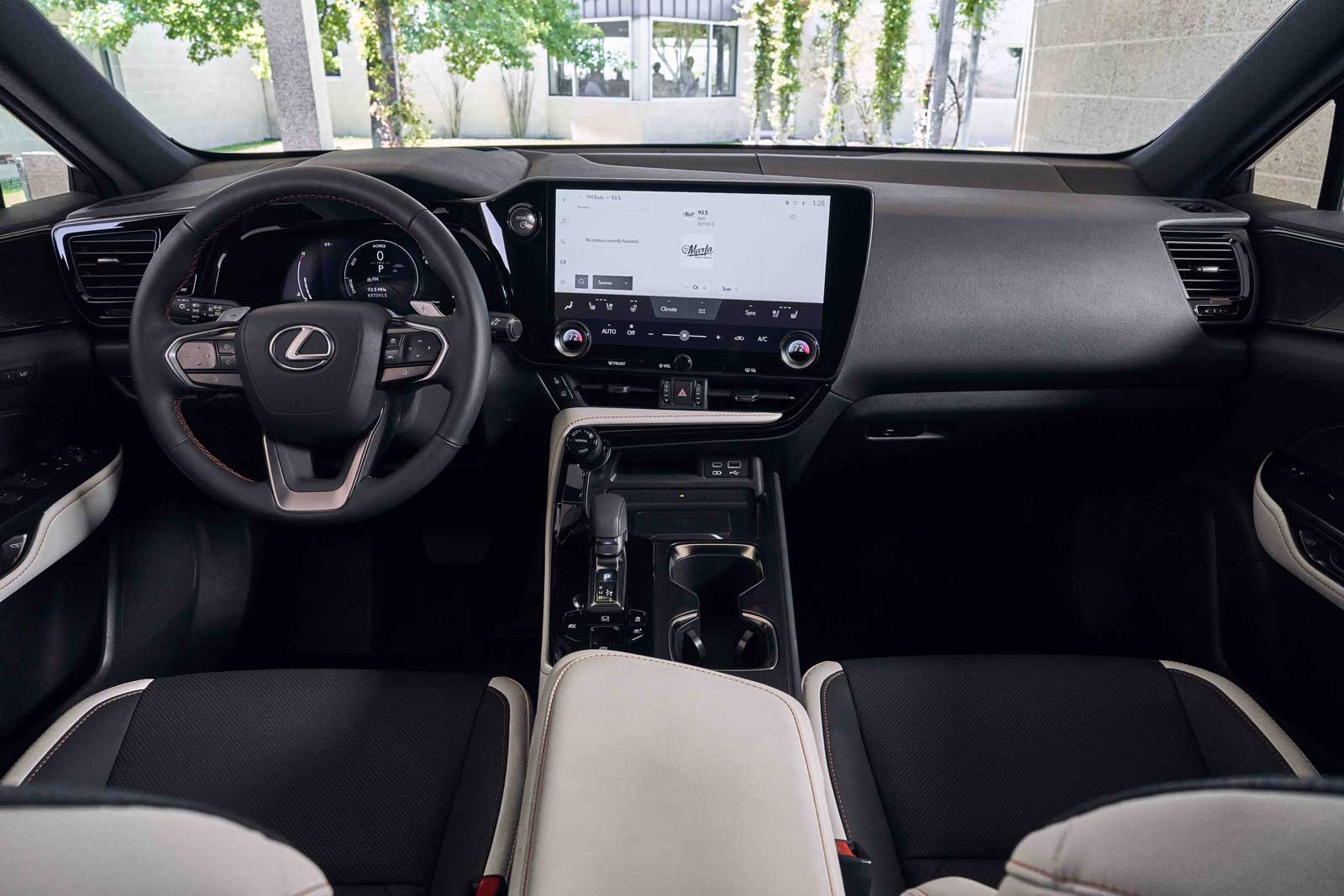 Four variants are offered in North America. The NX 350 is equipped with a turbocharged 2.4L four-cylinder engine—up from the previous 2.0L displacement—that develops 275 horsepower and 317 pound-feet of torque, matched to an eight-speed automatic transmission and all-wheel drive. The company claims a 0-60 mph (0-96 km/h) time of 6.8 seconds, a half-second quicker than with the old 235-hp NX 300.

There’s also a new NX 450h+ Plug-in Hybrid. Its powertrain consists of a 2.5L four, electric motors and an electronically controlled automatic transmission, creating an all-wheel drivetrain. Output hasn’t been specified yet, but we should expect a number similar to the Toyota RAV4 Prime’s, which produces 302 horsepower. Lexus says the RX 450h+ will hit 60 mph in 6.0 seconds, while estimated EV range is pegged at 36 miles or 58 kilometres. With the standard on-board 3.3-kW charger connected to a 240-volt outlet, the NX PHEV can be fully charged in 4.5 hours, and with the optional 6.6-kW charger, that time drops to 2.5 hours. 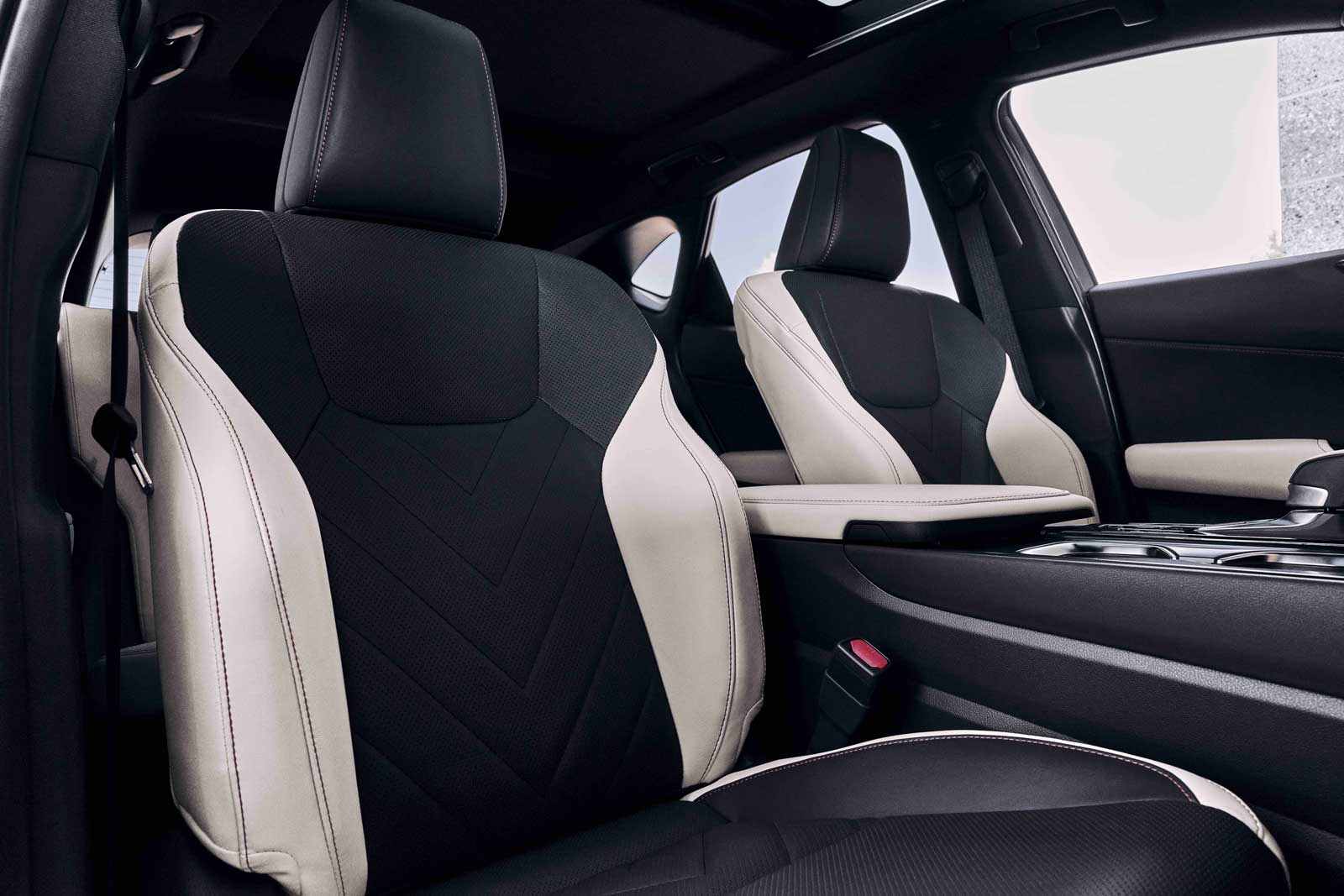 A non-pluggable hybrid is once again offered as well. The 2022 Lexus NX 350h relies on the 2.5L engine and two electric motors for a combined output of 239 horsepower—that’s a 20% increase over the outgoing NX 300h. Fuel economy is said to reach 36 mpg, an improvement of 6 mpg over last year’s model, while performance is livelier with a 0-60 time of 7.2 seconds.

For those who don’t see all-out performance as a necessity, the new NX 250 is equipped with a naturally aspirated 2.5L four mixed with an eight-speed automatic, along with the choice between front-wheel and all-wheel drivetrains. The ensemble produces 203 horsepower and 184 pound-feet of torque, good for 0-60 runs of 8.2 seconds in FWD configuration and 8.6 with AWD. 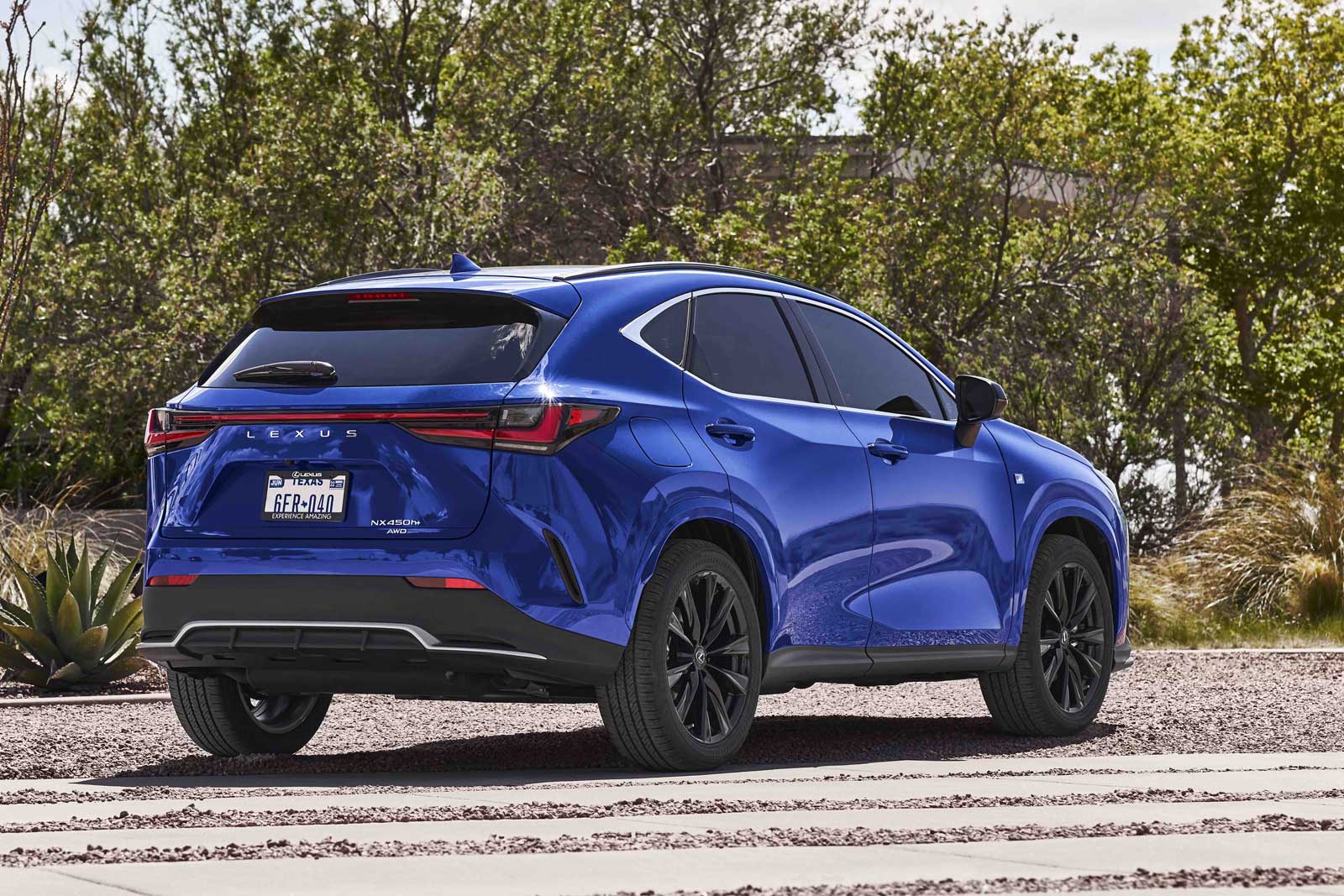 No pricing details have been announced yet, but production of the new 2022 Lexus NX will start in the third quarter of 2021. It will compete with the BMW X3, the Audi Q5, the Acura RDX, the Lincoln Corsair, the Volvo XC60, the Mercedes-Benz GLC and the Cadillac XT5.

BYD is famously backed by Warren Buffett’s Berkshire Hathaway. They sold 641,000 vehicles in the first half of the year. BYD, the Shenzhen-based based...
Read more
Previous articleNext Maserati GranTurismo To Be 100% Electric
Next article2021 Mazda MX-5 GS-P Review: You Know What It is