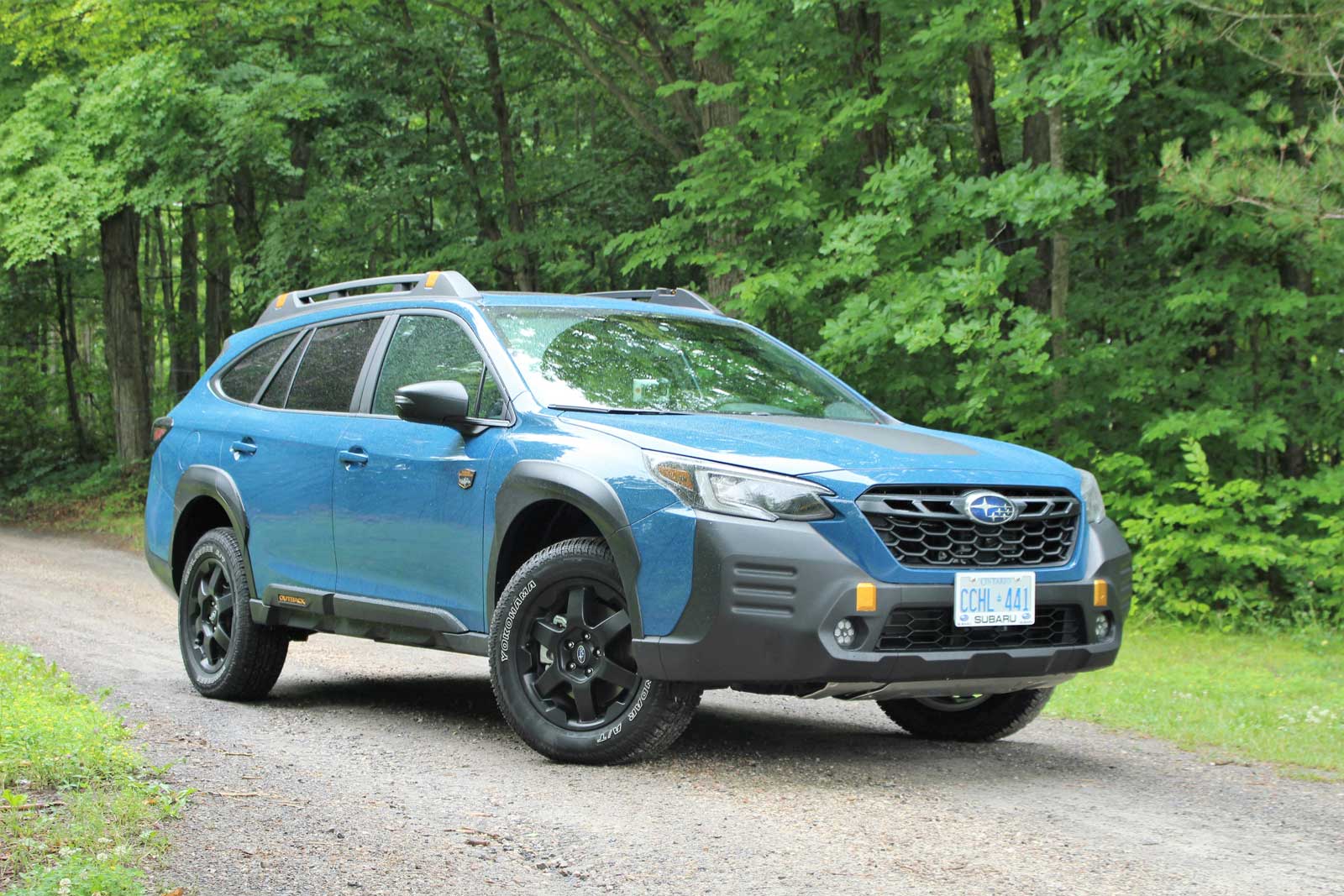 A surprisingly capable crossover off the beaten path.

KINGSTON, Ontario – As if the Japanese brand’s wagon-esque crossover wasn’t capable enough to head off the beaten path, the new 2022 Subaru Outback Wilderness is hoping to take its owners even further through the woods and on the mountainside.

The Wilderness is the result of customer demand, says Subaru. It’s basically an Outback with higher ground clearance, meatier tires and some mechanical upgrades for those who live an active lifestyle to the fullest. It also gets some unique styling touches to set it apart from the rest of the model lineup. 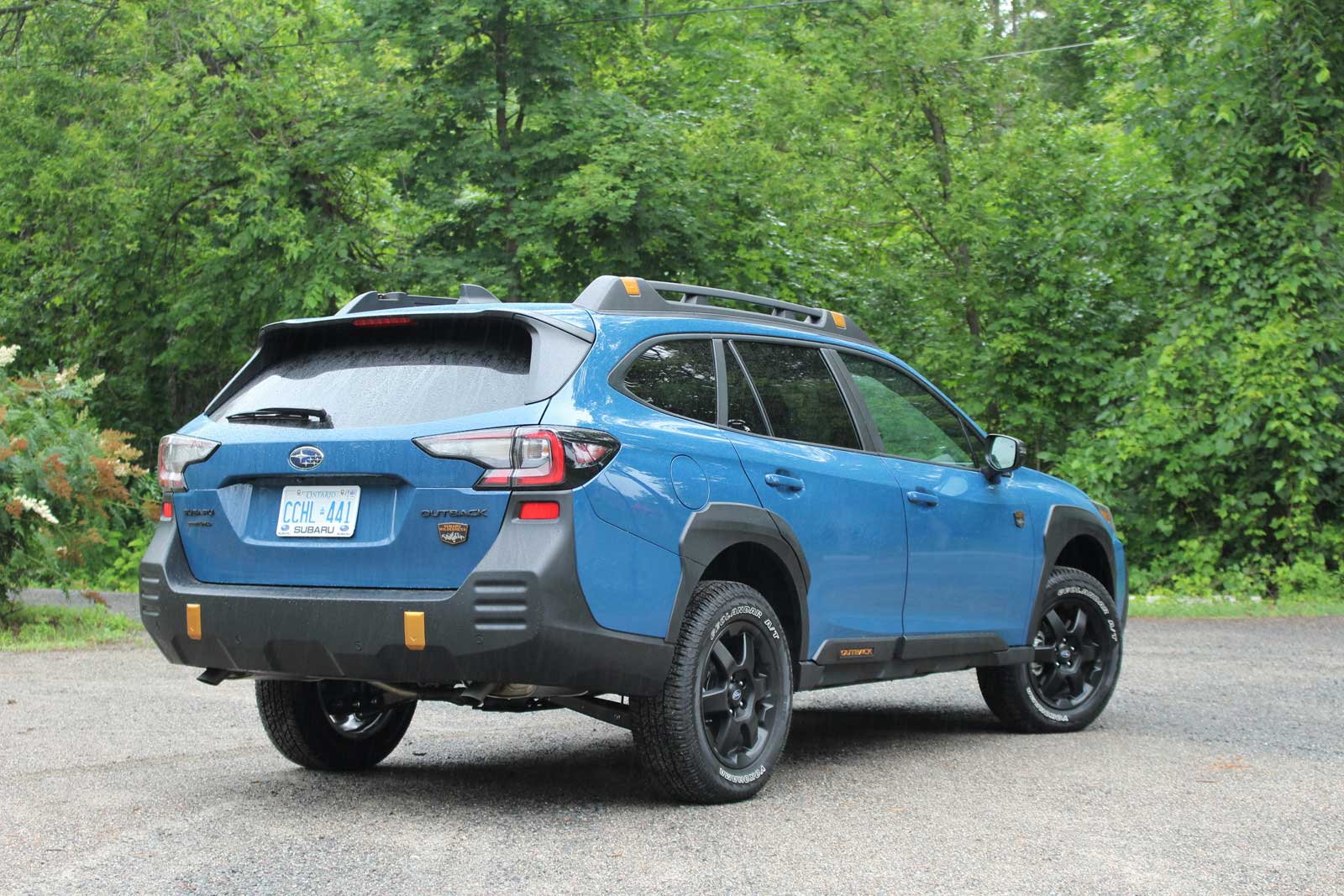 The 2022 Subaru Outback Wilderness mainly goes head to head with the Ford Bronco Sport Badlands, the Toyota RAV4 TRD Off-Road and the Jeep Cherokee Trailhawk. Off-road focused crossovers—whether they’re actually capable or not—is a growing trend, and Subaru is taking this to the next step.

The Outback’s ground clearance is 8.7 inches or 220 millimetres, while the new Wilderness is lifted 9.5 inches or 241 mm off the ground. A set of underbody skid plates is offered as an accessory in the U.S. market, but it’s standard in Canada. They end up reducing ground clearance to 230 mm, which is still pretty good. 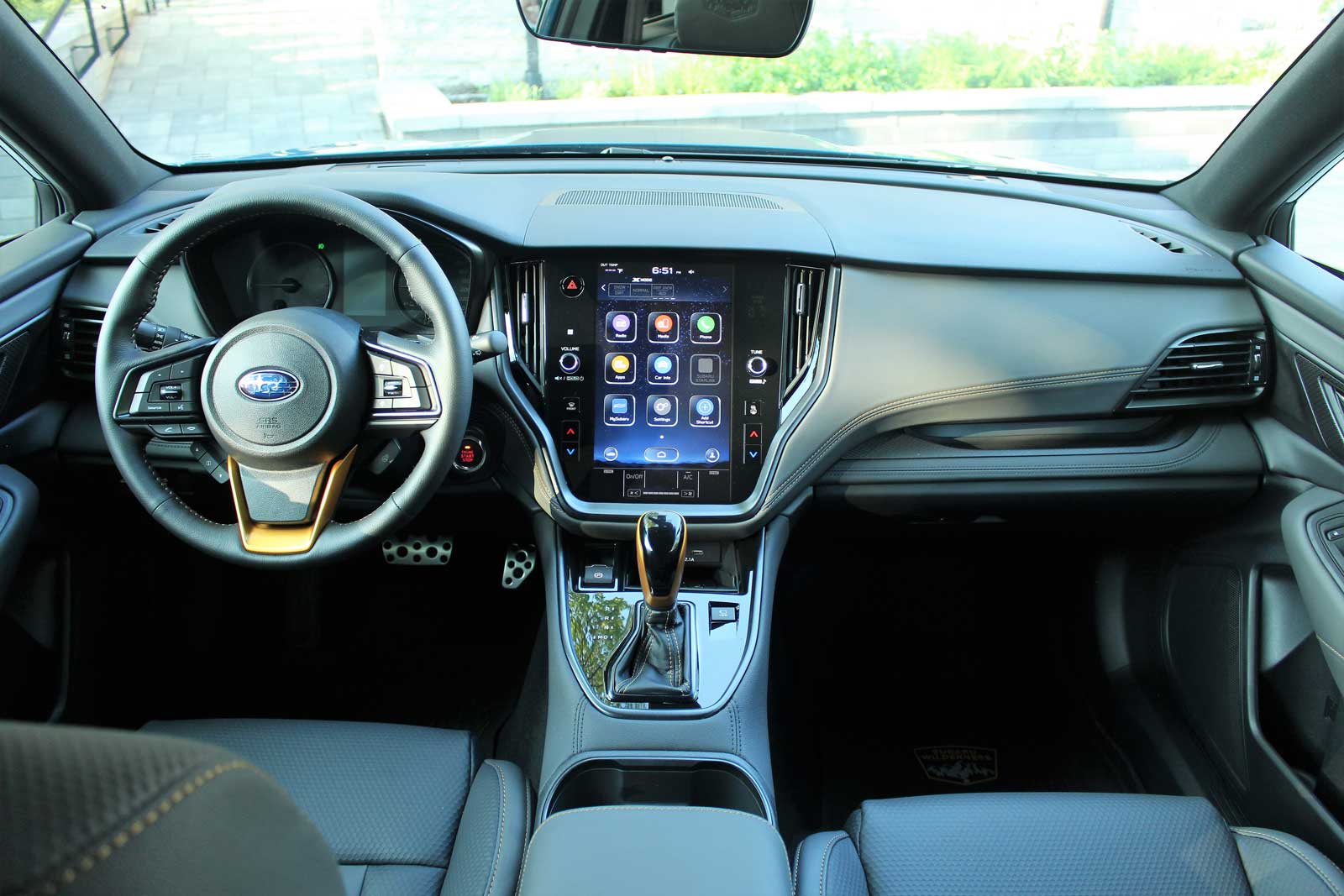 The front and rear bumpers have been redesigned, allowing an approach angle of 19.6 degrees (+1.2 compared to other Outback variants), a breakover angle of 21.2 degrees (+1.8) and a departure angle of 23.6 degrees (+1.9). Both the bumpers and the black body cladding are made from scratch-resistant plastic, while the integrated tow hook anchor points are hidden behind Anodized Yellow trim covers, located just above a pair of LED fog lights. A matte black decal covers the middle portion of the hood, black alloy wheels are wrapped in 225/65R17 Yokohama Geolander all-terrain tires, and there’s a full-size space under the cargo area floor.

Meanwhile, the ladder-type roof rack also boasts anchor points covered by yellow covers. When driving, it can carry a load of up to 220 pounds or 100 kilograms, and when the vehicle is stationary, the capacity increases to 700 pounds or 318 kg. That means an aftermarket tent can be installed on the roof, for those who don’t like to sleep directly on the ground when they go camping. 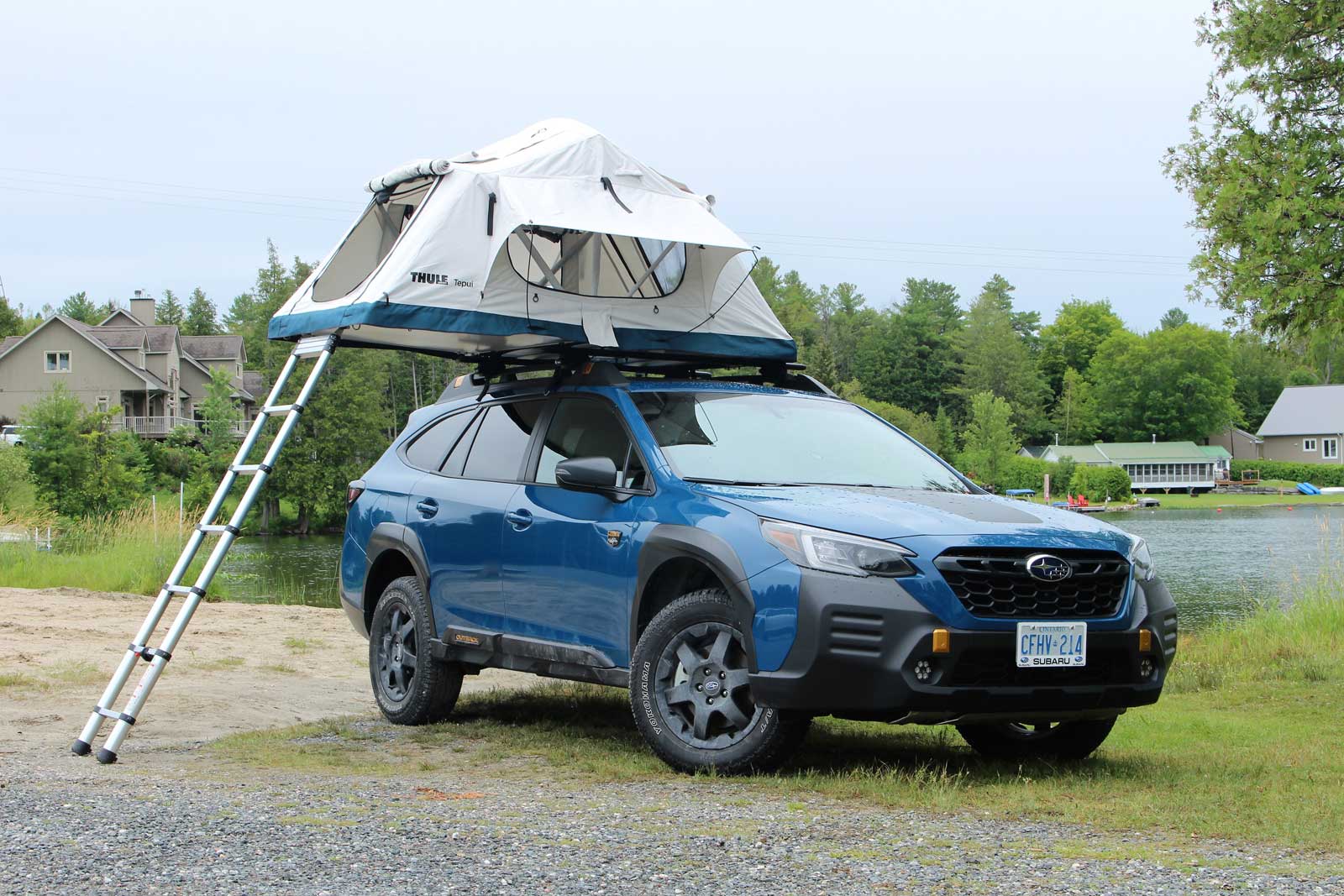 Under the hood of the 2022 Subaru Outback Wilderness is the turbocharged 2.4L inline-four that’s found in the Outback XT trims, in addition to the Subaru Legacy and Subaru Ascent. It produces 260 horsepower as well as 277 pound-feet of torque between 2,000 and 4,800 rpm. Towing capacity remains unchanged at 3,500 pounds or 1,588 kilograms, but because of the meatier rubber, fuel economy is a tad worse than in other versions of the Outback with the turbo engine. 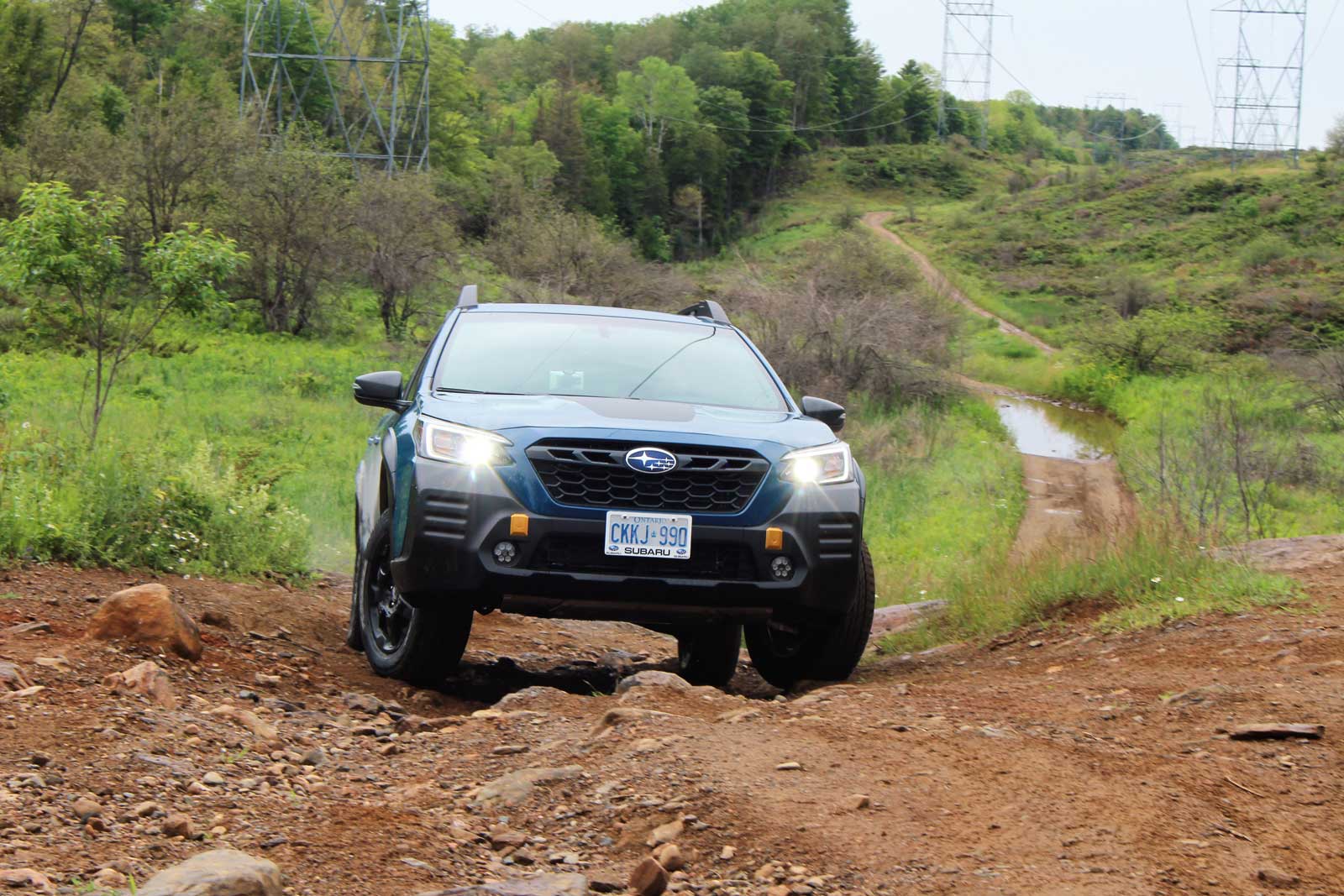 On the road, the 2022 Subaru Outback Wilderness’ extra ride height doesn’t make the vehicle bouncier, and ride comfort remains very high, one of the Outback’s best attributes. Sound insulation is also quite good, as passengers won’t be bothered with road and suspension noise. The turbo engine has plenty of guts for quick getaways. Road trips are even more enjoyable with heated front and rear seats, a heated steering wheel and a comprehensive infotainment with an 11.6-inch touchscreen, although its interface is a little dense with small button zones that aren’t always easy to poke while driving.

The off-road course Subaru prepared for us was very challenging, with rocky trails, dips, hillclimbs and a few ponds to cross, including one that was as deep as the top of the Outback’s front bumper. There’s also a lower gear ratio in the continuously variable automatic transmission, in addition to the rear differential, improving the Wilderness edition’s climbing abilities. The X-Mode system’s Snow/Dirt setting can be activated at speeds of under 25 mpg or 40 km/h, and in the Wilderness, the Deep Snow/Mud setting can be used at any speed, allowing maximum traction and wheelspin to power through rough surfaces without getting stuck. This new version of the Outback is surprisingly capable, but the brand points out that it wasn’t designed to be a Jeep Wrangler alternative. 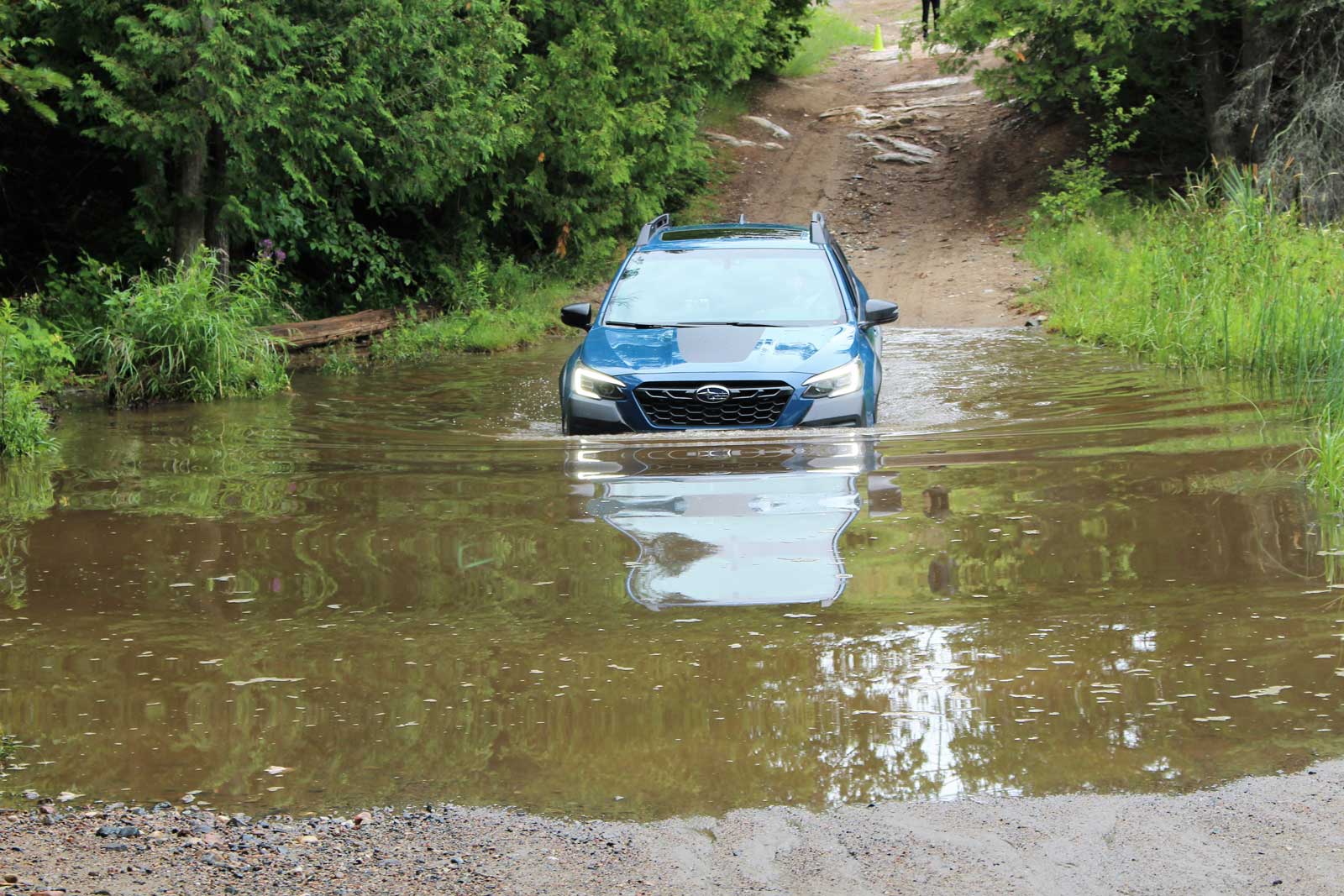 The Outback Wilderness starts at $36,995 before freight and delivery charges in the United States, and at $41,995 in Canada. There are now eight trims to choose from south of the border, four of which are equipped with the turbocharged engine instead of the 182-horsepower 2.5L four in the more affordable variants. North of the border, the Wilderness replaces the short-lived Outdoor XT, which was introduced in 2020 at the same design as the vehicle’s redesign, but cost $2,700 less.

The 2022 Subaru Outback Wilderness is talented both on and off road, and should please shoppers who want a vehicle that can take them as far as they want to go, without sacrificing comfort and convenience for the daily grind. Subaru Canada expects the take rate to be around 10 to 15 percent, which should be the same in the U.S. We can expect the Wilderness badge to turn up on more Subaru models in the near future.

Del Mar, California - The Toyota Prius gets a makeover for 2023. For this fifth generation, the Toyota Prius Hybrid is probably undergoing its biggest...
Read more