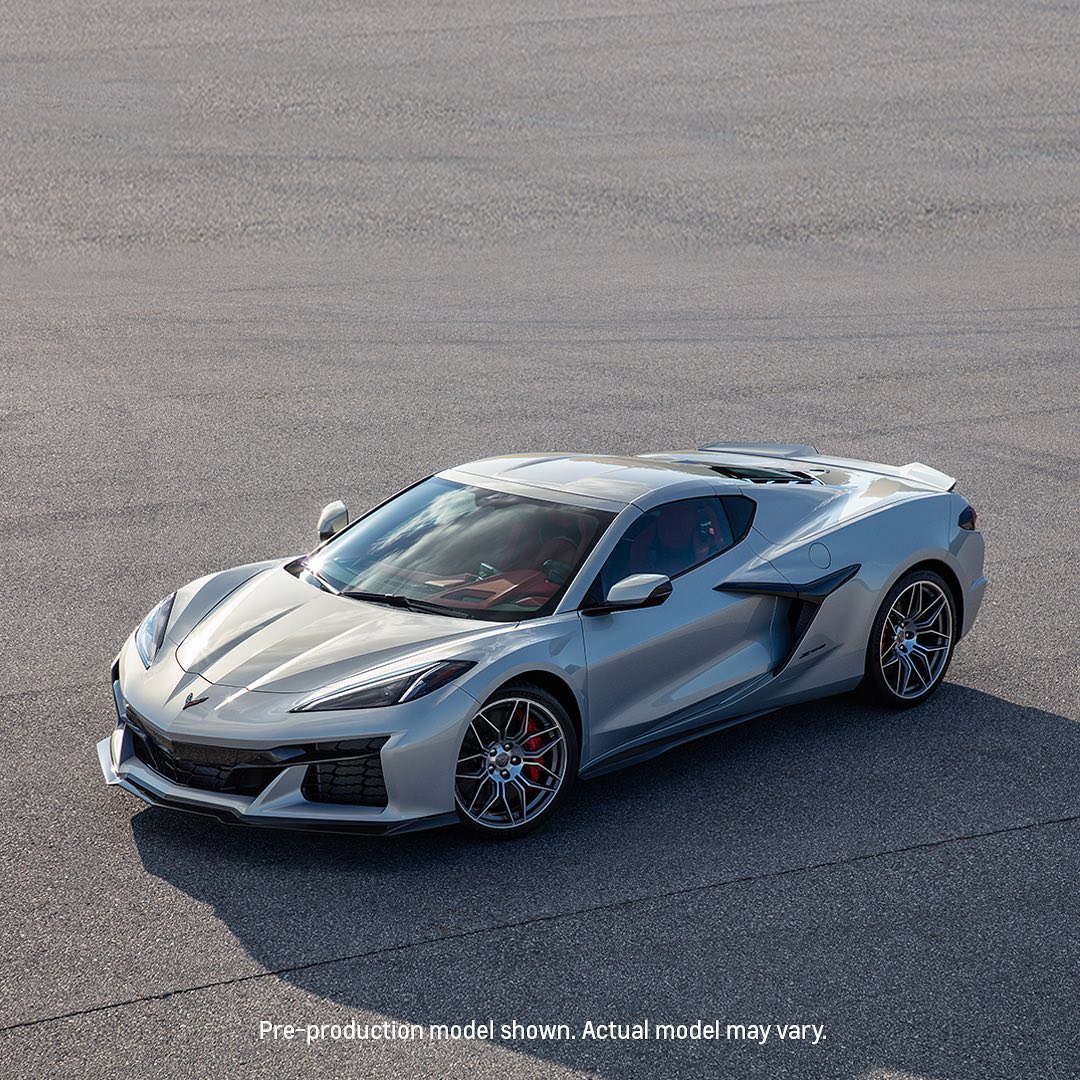 This is the first official look at the 2023 Chevrolet Corvette Z06. It comes with more than just the pics and a cool line drawing, though, it also comes with a reveal date. We’ll get the full specs and an unveiling of the hardcore Corvette model on October 26th.

The first real view of the Z06 shows off a new body kit including a front bumper clearly inspired by the C8.R racer. It is also wearing wider fenders and even bigger side air intakes. The multi-spoke wheels are ones we haven’t seen before, so are likely Z06-specific, and even the creases on the front hood look larger and more aggressive than those of the standard car. Look even closer and we spy some front fender vents behind the arches as well.

Chevrolet revealed a teaser video of the car back in August, showing it on the highways of Europe wearing camouflage and sporting a massive rear wing. That wing appears to be missing from the uncovered car in the new photos but present on the line drawing and new camo photo. We’re thinking it’ll be an option as part of a high-downforce package, and the rear spoiler in the photo will be standard kit.

Under the engine cover at the back? It will have four tailpipes, but other than that little has been confirmed. The rumour mill says it’ll be a 5.5L flat-plane crank V8 based on the one in the C8.R and spinning to around 9,000 rpm while making loads of power at the same time. We’re sure Chevrolet will tease plenty more of those details between now and the end of October.

This allows drivers to simply plug the charger into the car, without having to use an app The feature is available on all...
Read more
Previous articleElon Musk Agrees Ferraris Should Not Be Self-Driven
Next articleSemiconductors: The Shortage Might Come to an End Soon, Says Musk