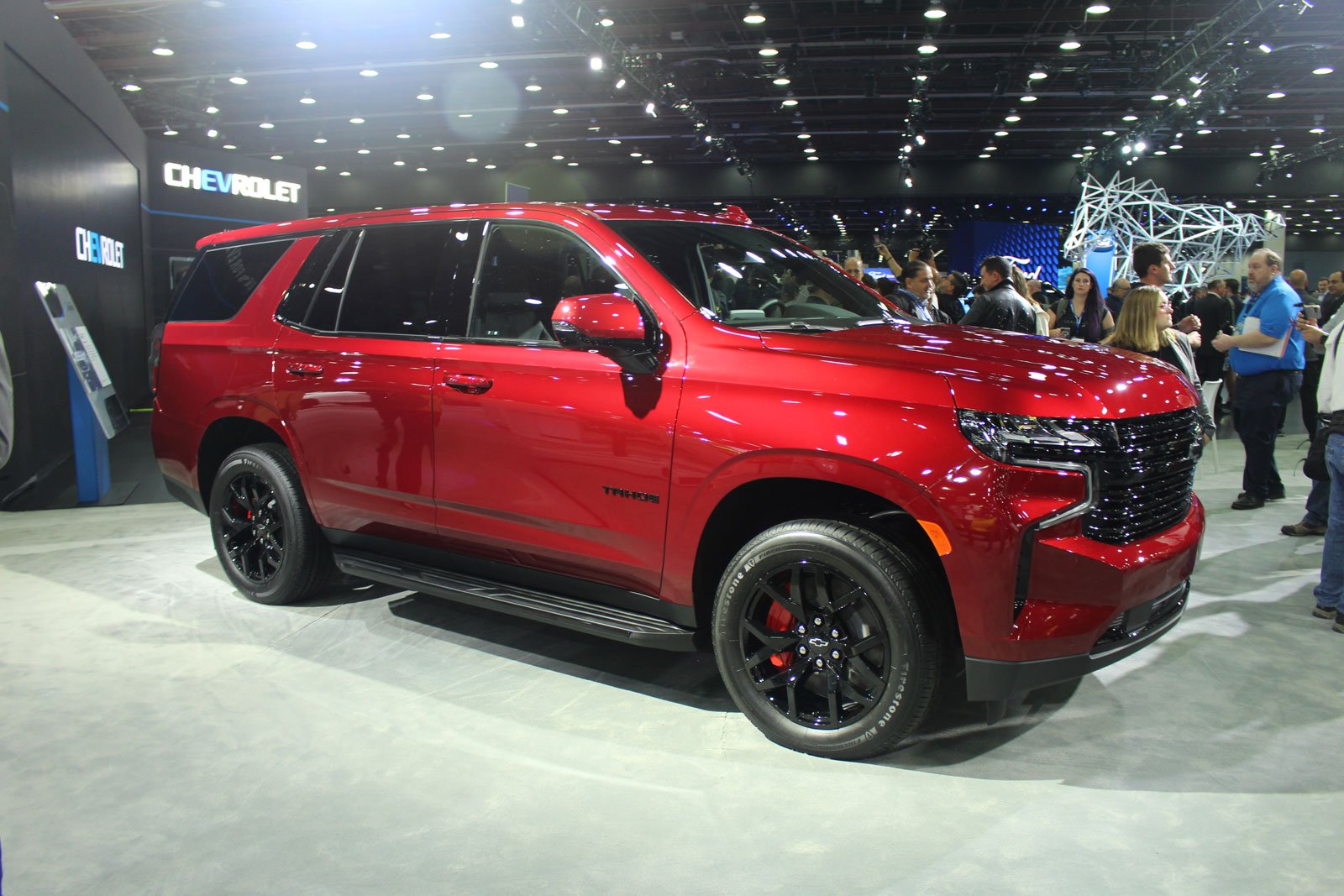 GM is all about electrification and zero-emissions vehicles these days, but the automaker hasn’t forgotten what’s generating revenue right now, and that’s big high-horsepower trucks and SUVs like the 2023 Chevy Tahoe RST Performance Edition that was just revealed at the Detroit Auto Show.

Said show used to be held in January, but organizers decided to re-schedule it to another period of the year when it’s not boxed in by other important venues—such as the Consumer Electronics Show that takes place in early January in Vegas. Chevy is touting this new Tahoe variant as the most powerful and fastest in the nameplate’s 32-year history. 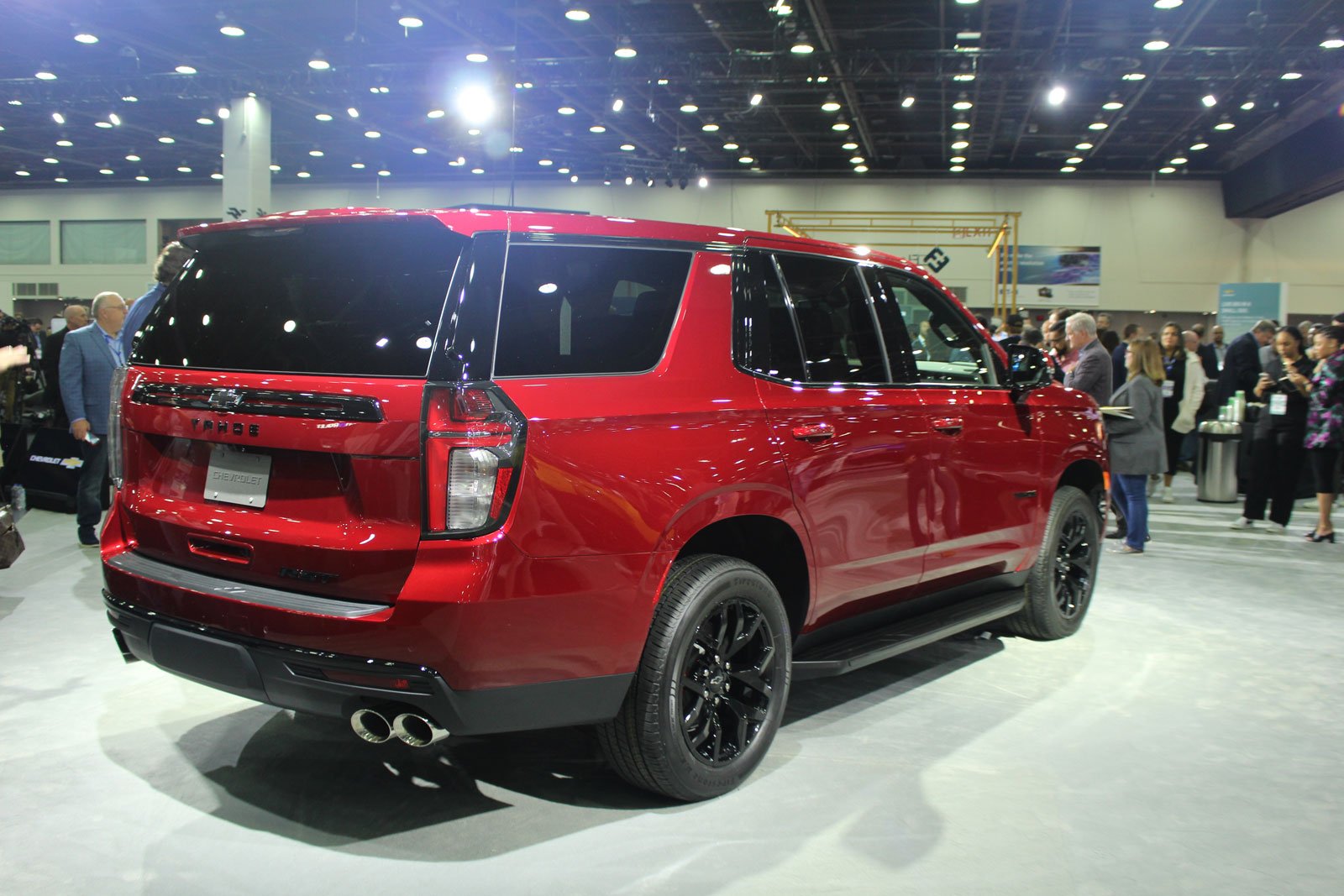 It starts with a naturally aspirated, 6.2L V8 engine that develops 433 horsepower and 467 pound-feet of torque, managed by the same 10-speed automatic transmission that’s found in the rest of the Tahoe line, in addition to pretty much all of GM’s full-size pickup trucks. Thanks to performance air intake and exhaust systems, the 2023 Chevrolet Tahoe RST Performance Edition gets increases of 13 horses and 7 pound-feet over the regular RST 4WD fitted with the optional 6.2L V8, which is also available as part of the Sport Performance Package. Meanwhile, standard in the RST is the company’s 5.3L V8 engine with 355 horsepower and 383 pound-feet, and the turbo-diesel 3.0L inline-six with 277 horses and 460 pound-feet can also be chosen in the regular RST. 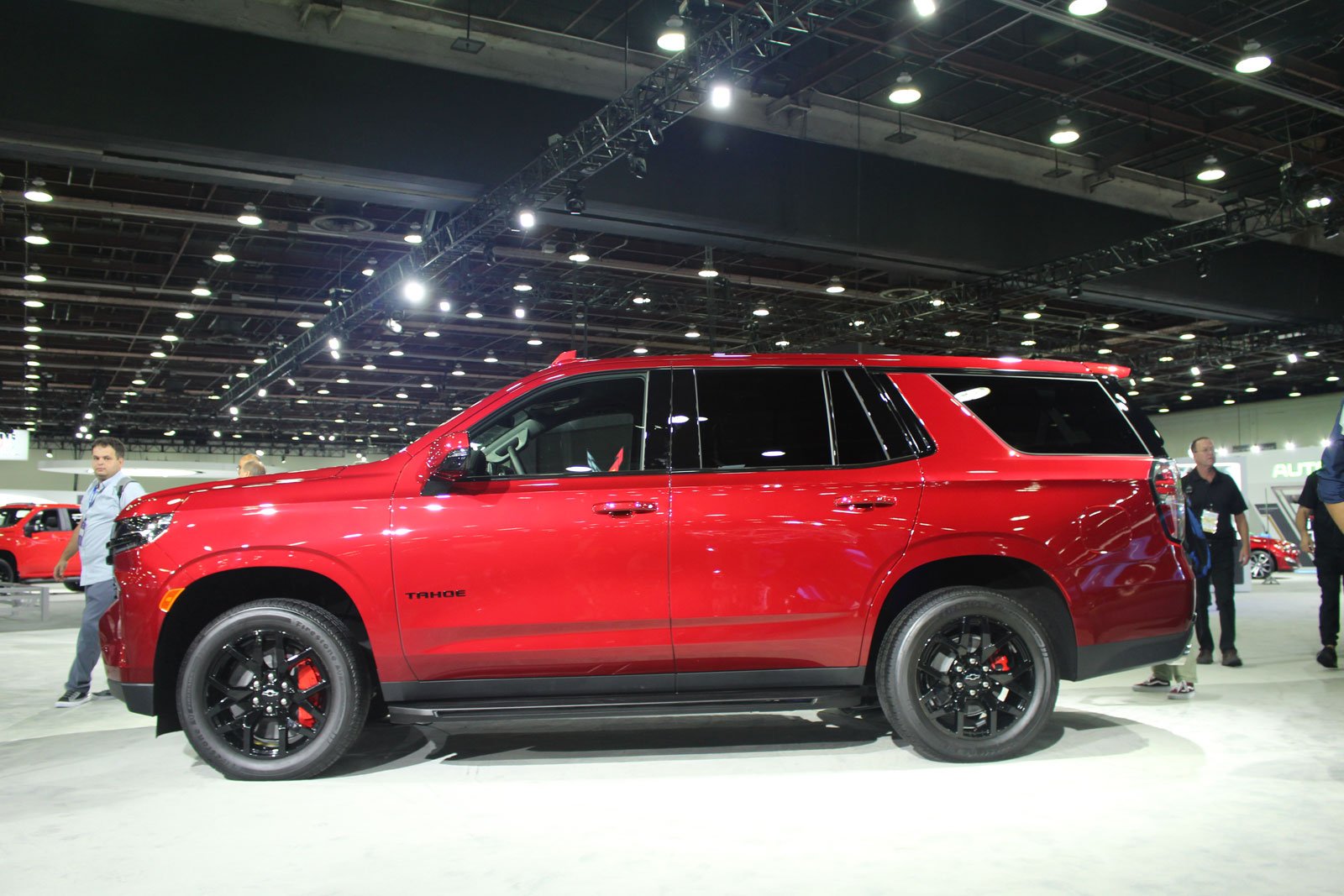 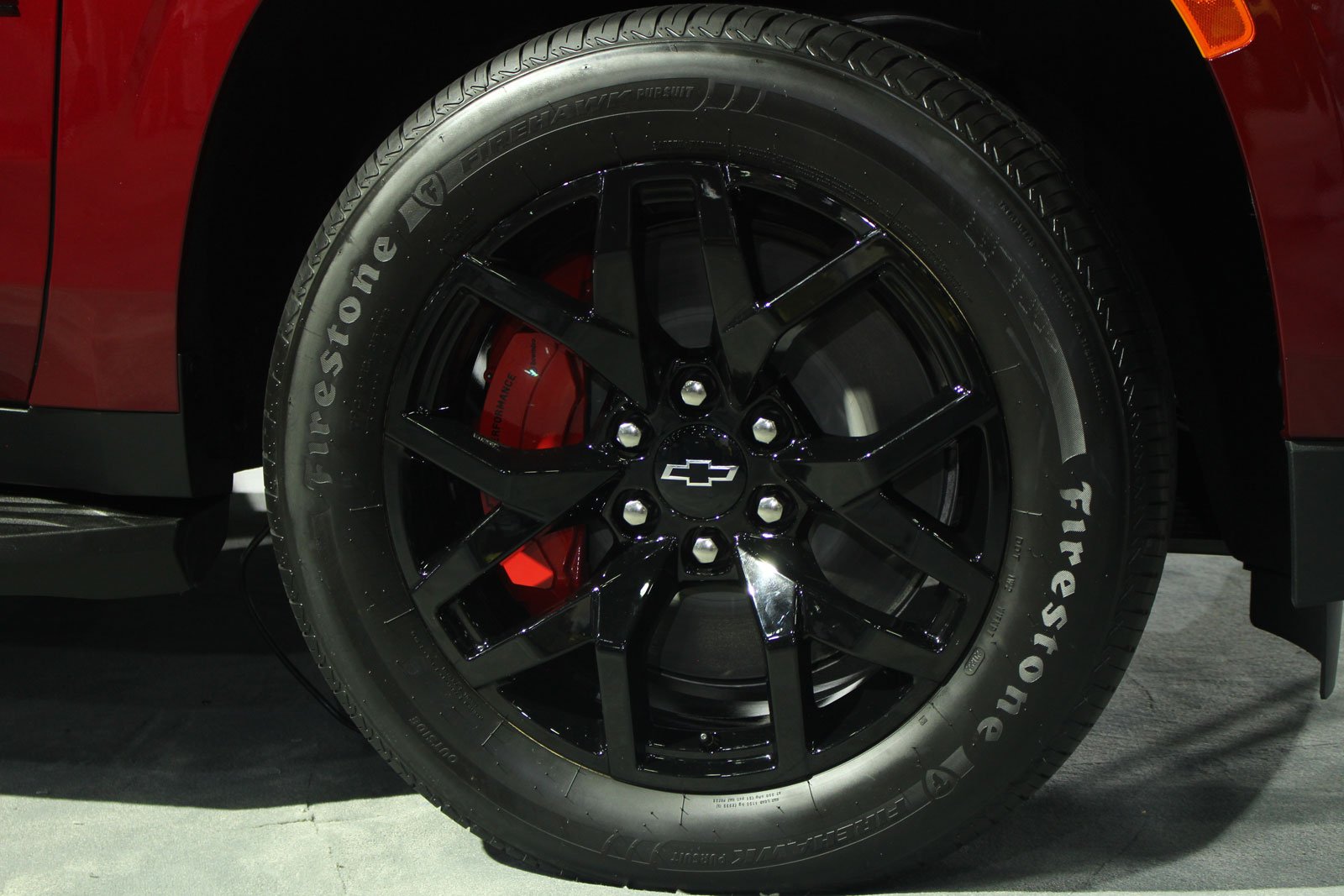 Of course, it’s not as speedy as the recently released 2023 Cadillac Escalade-V, with its supercharged 6.2L V8 that belts out 682 horsepower and 653 pound-feet of torque. However, the RST Performance Edition is substantially more affordable, as in the United States, the package costs $8,525 over the MSRP of the RST with the optional 6.2L engine. Pricing for the Canadian market will be announced at a later date.

Visually, not much differentiates it from the regular RST, aside from black badging as well as quad polished exhaust tips protruding from the rear bumper. Its cockpit is dressed up in perforated black leather with red and white stitching, while its comfort and convenience list also rounds up a power liftgate, a surround-view camera system, three-zone climate control, a power-adjustable steering column, heated front and rear seats, a heated steering wheel, 10-way power-adjustable front seats, power-folding second- and third-row seats, a 12-inch fully digital driver instrument panel, a Bose nine-speaker stereo, an infotainment system with 10.2-inch touchscreen, Google built-in, wireless Apple CarPlay and Android Auto as well as a trial period of SiriusXM with 360L. The second-row bench can be replaced with two bucket seats for a capacity of six passengers instead of seven. There’s also the usual slew of active safety features. A new feature for the 2023 Tahoe is Super Cruise, but it’s not available on the RST trim level.

The 2023 Chevrolet Tahoe RST Performance Edition will go on sale in the last quarter of 2022.

It features two new hybrid powertrains. The CX-90 is not only the most powerful Mazda ever but the most luxurious. Mazda Canada has just...
Read more
Previous article2023 Toyota GR Corolla Priced From $45,490 in Canada
Next articleLand Rover Marks 75 Years With Special-Edition Defender