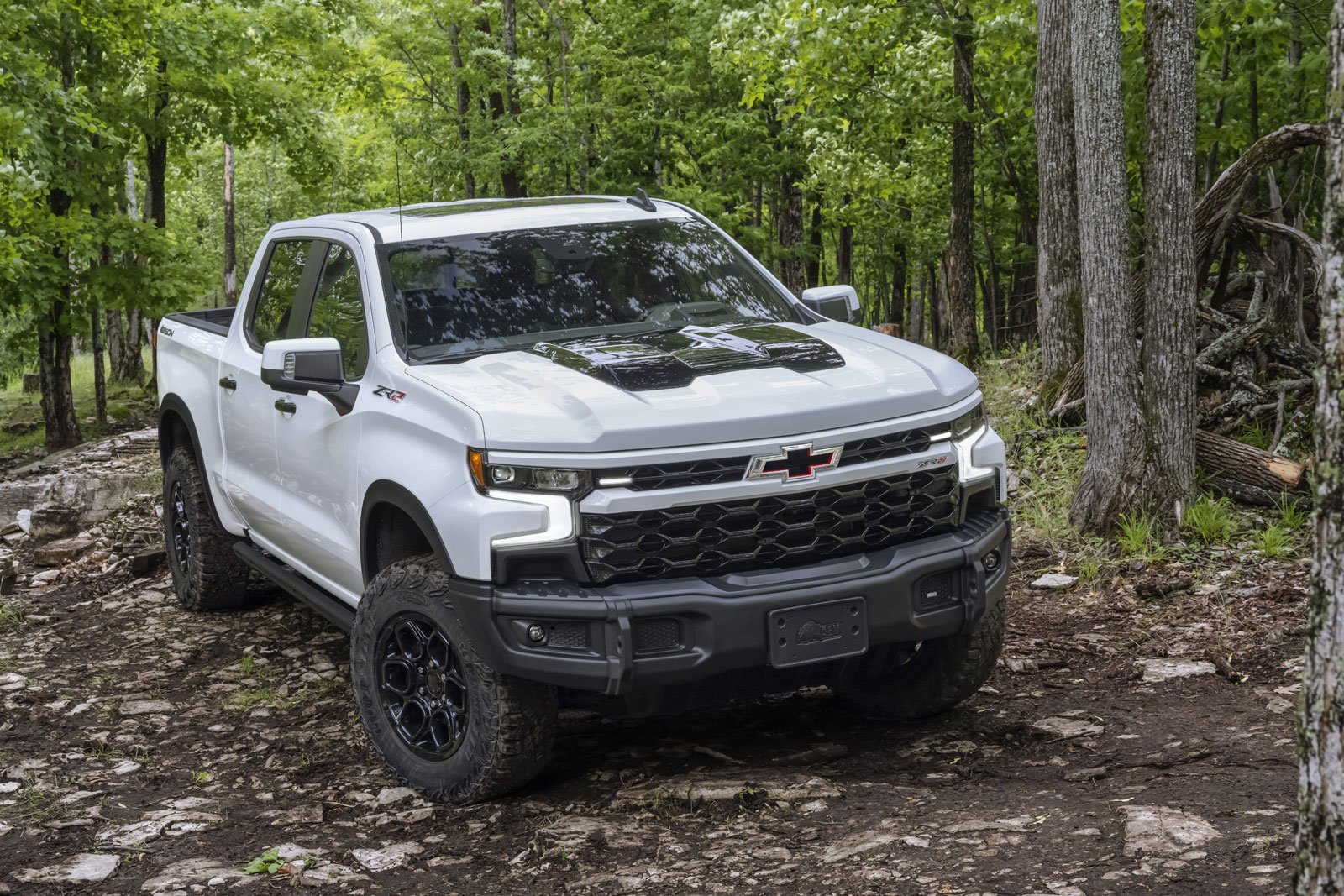 As with the Chevrolet Colorado ZR2 Bison, this new Silverado variant was concocted in collaboration with aftermarket off-road parts and accessories provider American Expedition Vehicles. According to AEV CEO and founder Dave Harriton, it’s the ultimate half-ton truck for backcountry adventures. “The Silverado ZR2 Bison checks all the boxes — robust stamped steel bumpers, complete underbody protection, a factory-tuned off-road suspension, and locking differentials front and rear. We are confident off-road enthusiasts are going to love this truck.” 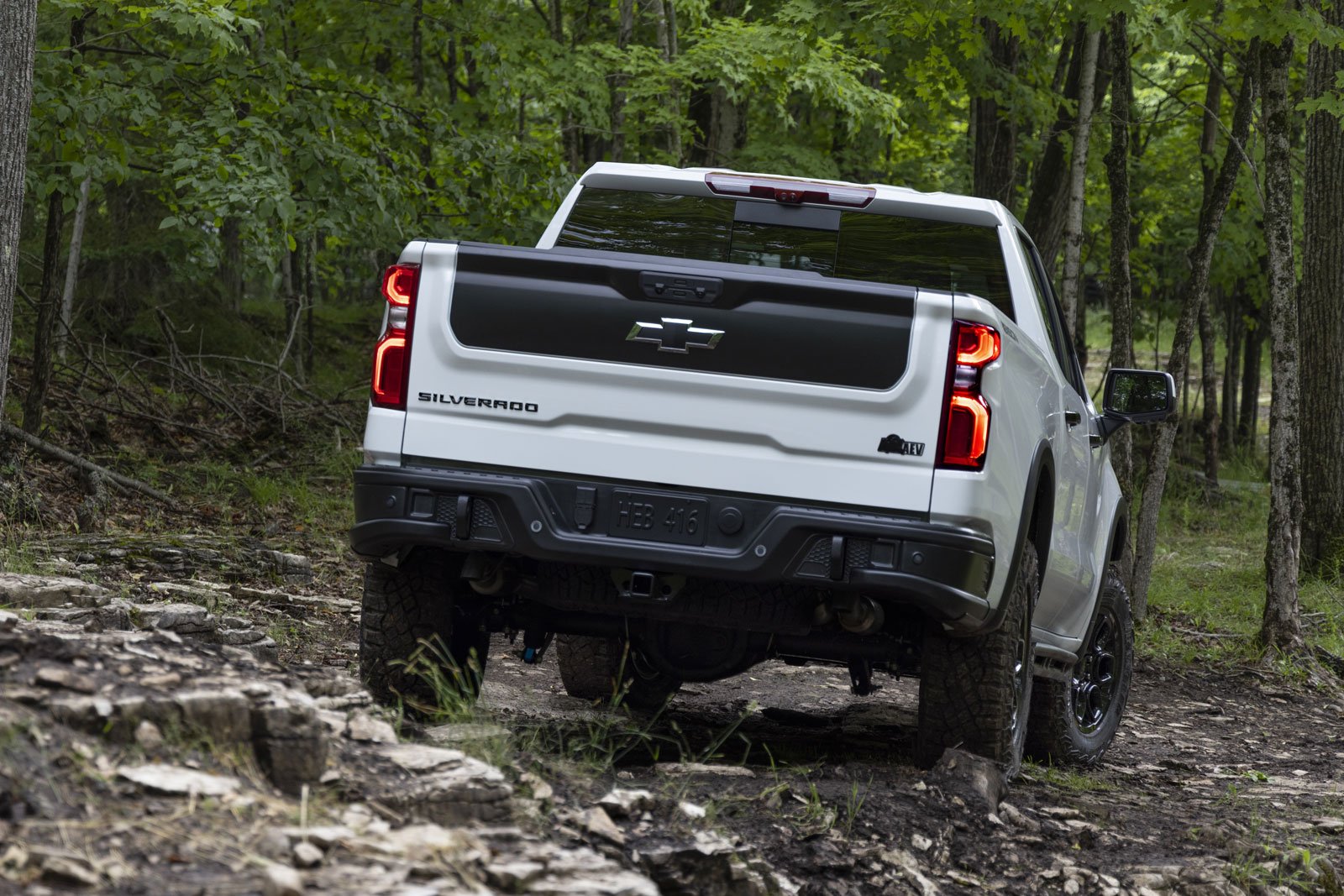 From a styling standpoint, the 2023 Chevrolet Silverado ZR2 Bison differs from the “regular” ZR2 with its AEV stamped steel bumpers, which include heavy-duty recovery points and integrated step pads, and a winch can be installed up front. There’s a body-colour horizontal grille bar up front and matte black accenting on the top portion of the Multi-Flex tailgate, while Bison decals and an AEV hard badge are respectively located on the bed sides and tailgate. The truck also gets steel rocker panel protectors as well as gloss black 18-inch AEV wheels wrapped in 33-inch Goodyear Wrangler Territory MT tires. Underneath, the Bison boasts five boron steel skid plates that protect the critical mechanical bits such as the differentials, the transfer case and the fuel tank. 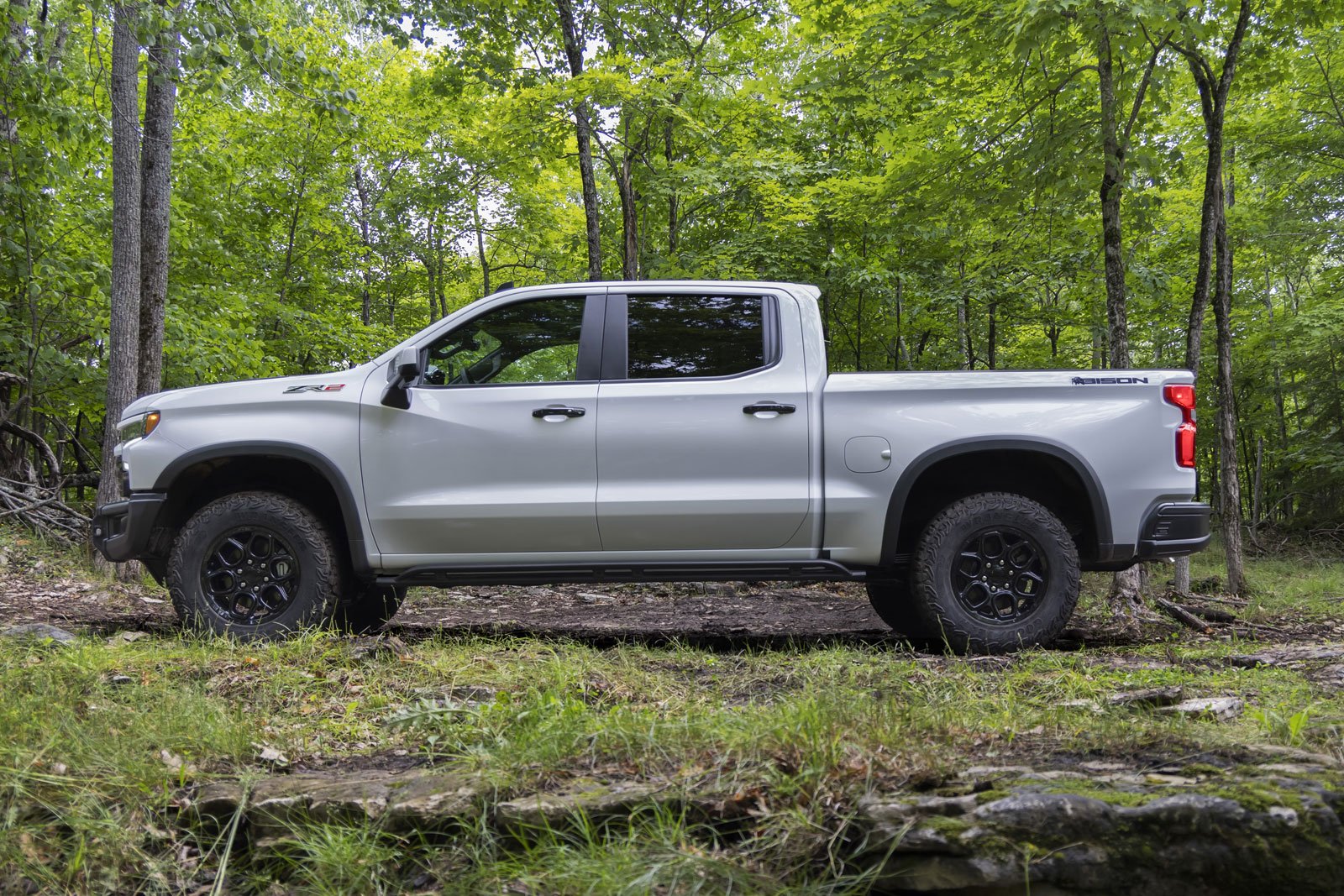 Speaking of fuel, as is the case with the Silverado ZR2, the Bison is available with one engine choice, the 6.2L V8 that develops 420 horsepower and 460 pound-feet of torque, managed by a 10-speed automatic transmission. The 2023 Silverado 1500’s new Duramax 3.0L engine, which carries the RPO code LZ0 and replaces the previous LM2 engine, isn’t offered in this application.

Other ZR2-specific highlights include Multimatic 40-millimetre DSSV dampers, which feature three separate spool valves for smoother damping, in addition to three chambers for improved fluid flow. The Bison also gets front and rear electronically locking differentials, off-road chassis and suspension tuning as well as a Terrain mode that allows for one-pedal rock crawling. 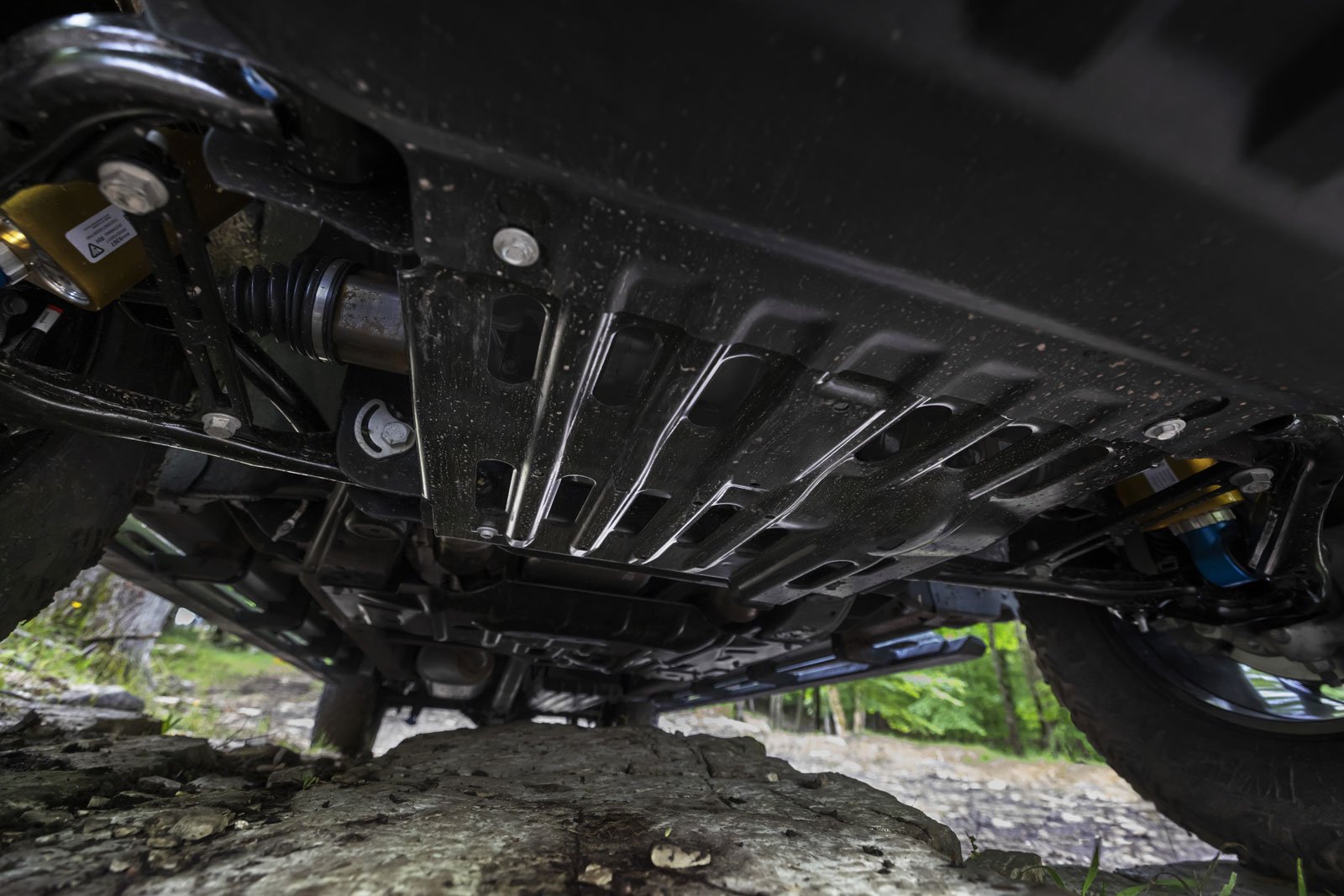 Ground clearance remains the same at 11.2 inches or 285 mm, but compared to the Silverado ZR2, the Bison sees its approach angle improve from 31.8 to an estimated 32.5 degrees. Meanwhile, the departure angle rises from 23.3 to an estimated 23.4 degrees. Since the truck’s ride height won’t change, the breakover angle is expected to remain unchanged at 23.4 degrees. 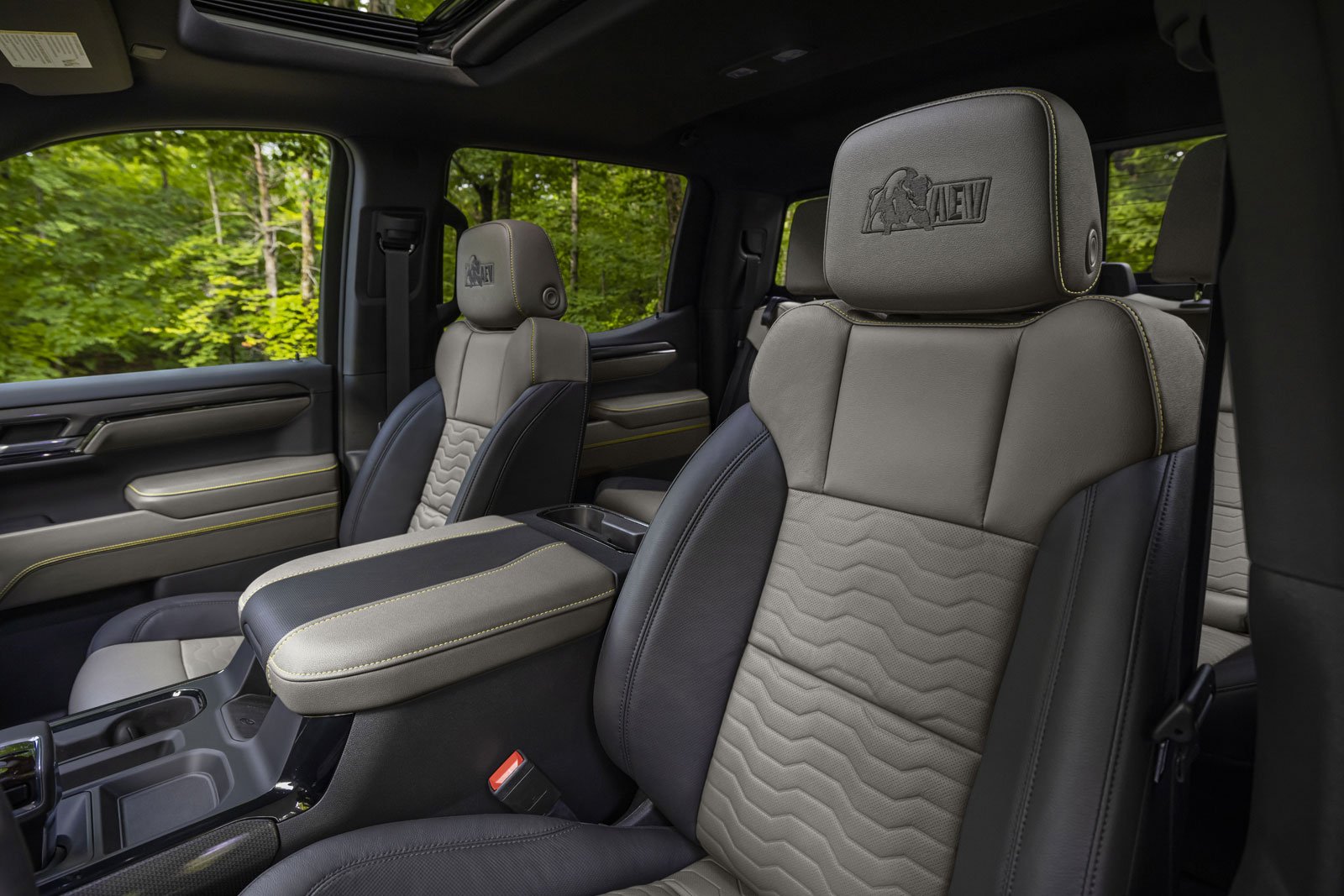 Production of the 2023 Chevrolet Silverado ZR2 Bison should start in early 2023. Pricing in the United States will start at $78,490 including the $1,795 destination freight charge, while prices for the Canadian market have yet to be announced. It indirectly rivals the Ford F-150 Raptor and Ram 1500 TRX, as these are more desert runners than overlanding trucks, but also goes head-to-head with the Toyota Tundra TRD Pro as well as its corporate cousin, the GMC Sierra, which will soon be offered with an ATX4 AEV Edition.

The only current electric vehicle in the Subaru lineup is the Solterra, an almost identical copy of the Toyota bZ4X. The automaker will...
Read more
Previous articleSinger Unveils its First Convertible, the Turbo Study
Next articleIntroducing the All-New 2023 Dodge Hornet