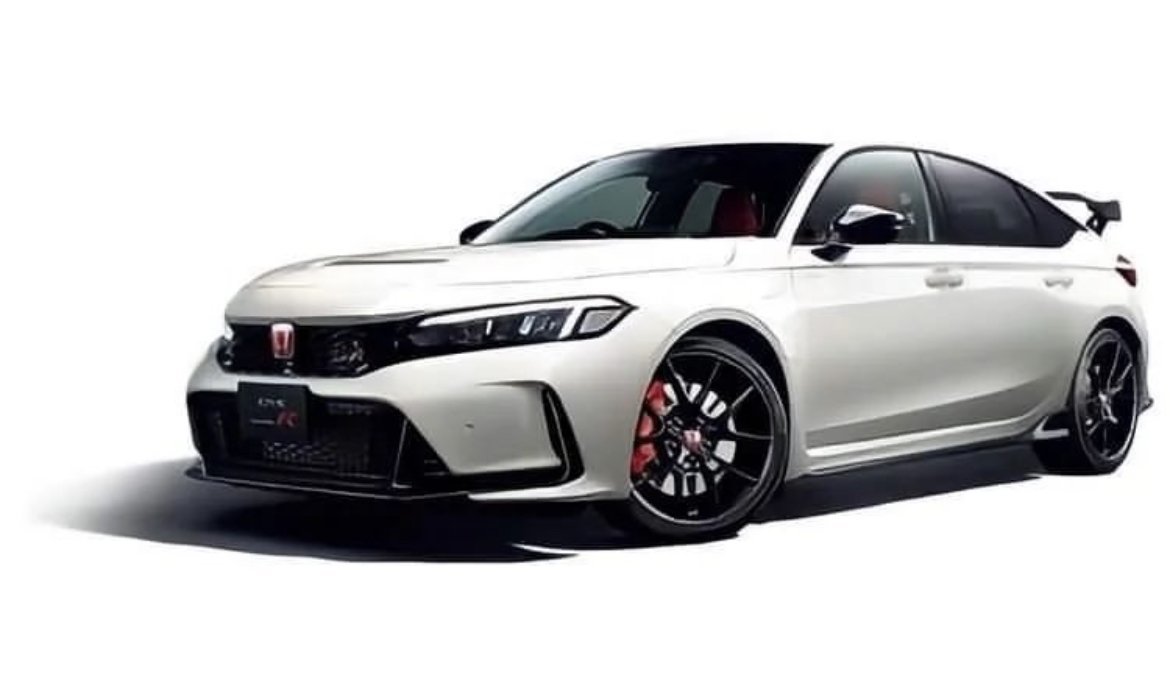 Honda is getting ready to reveal the all-new 2023 Civic Type R later this month. But thanks to some persistent and persevering forum users, we get to see it at least a week ahead of time. And while it looks grown up, it looks very good.

Users on Civic11Forum.com found photos of the car posted to a Honda Japan site well before they should have been. The pics showed up on the Honda Welcome Plaza Aoyama (they’ve since been removed), just waiting to be discovered.

So what do we think about the 2023 Honda Civic Type R? Well, it’s a sharp departure from the current CTR, that’s for sure. After a couple of generations of wild Type R, the 11th-gen car is, frankly, a bit boring.

Honda hasn’t done much to change the mini-Accord shape of the latest Civic to create the new Type R. There is a larger front fascia that allows more air to reach the intercooler and radiator. It has open-spoke black wheels that look to be 20-inches in diameter. And it has an absolutely massive rear wing.

Honda has added a large hood extractor vent and there are new side sill skirts to go with. Expect a three-tip exhaust like the outgoing CTR.

Peer inside and you can see the red seats that have been a Civic Type R hallmark for a few years now. Apart from those, expect this to be largely the same as the current Civic hatchback, the base for this car.

Expect the rest, including performance specs and when the car will show up, at the reveal on July 20th.

This confirms many things about the once-rumoured hybrid Corvette. One is the name. Two, it’s not a plug-in hybrid. This could be considered a...
Read more

The motorsport division is trying to improve handling with its future N branded cars. The Hyundai Ioniq 5 N will be the brand's...
Read more
Previous articleCadillac Releases Celestiq Teaser Images Ahead of its July 22nd Reveal
Next articlePorsche Believes in e-Fuels to Reduce the Impact of Combustion Engines