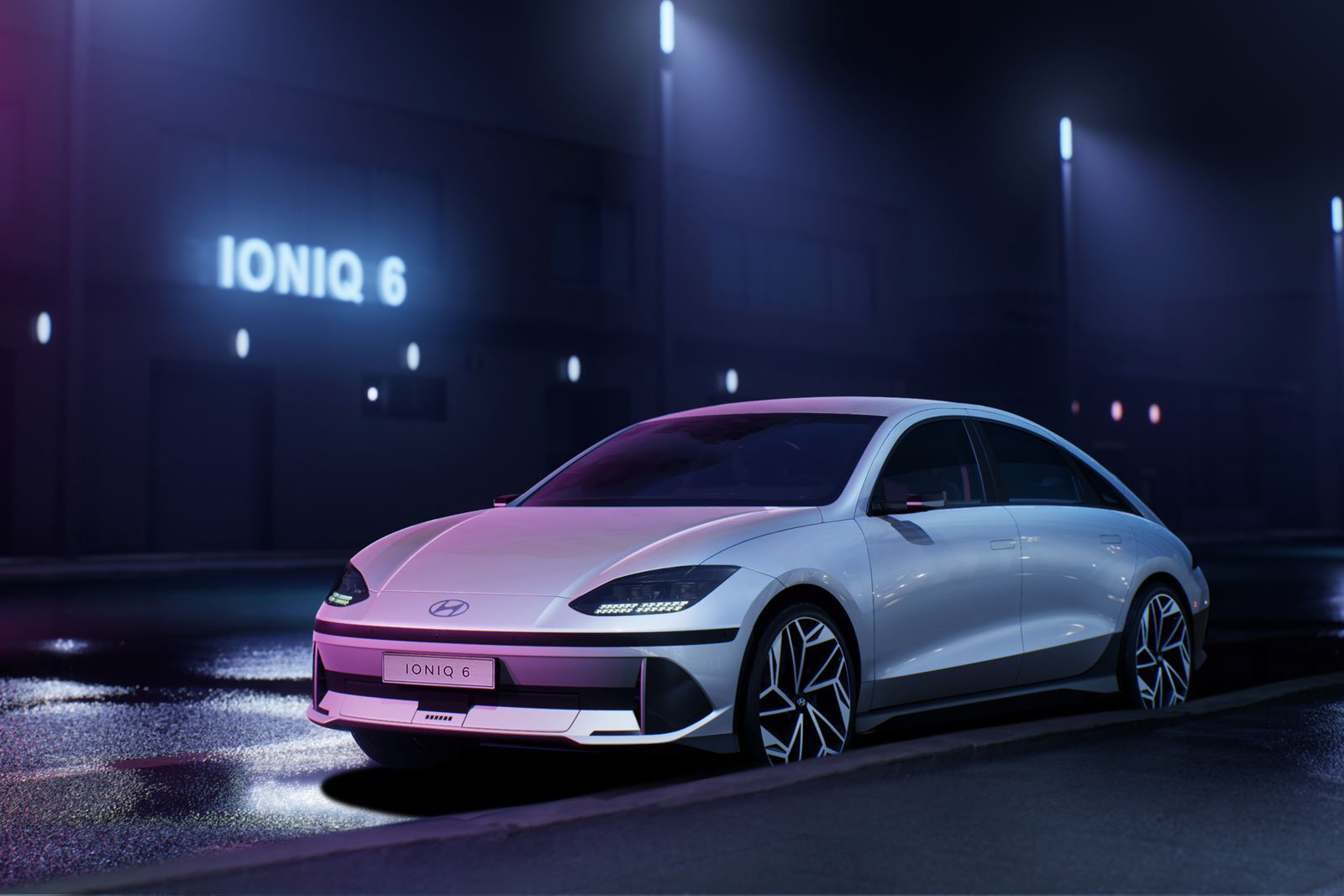 A slippery electric sedan with a polarizing exterior design.

The Korean automaker’s EV sub-brand recently teased the second model in its growing lineup, and now, the 2023 Hyundai IONIQ 6 just made its official global debut with new details and specifications.

Described as an Electrified Streamliner, the IONIQ 6 is a swoopy sedan that aims to please young single professionals, according to the company, while the Hyundai IONIQ 5 crossover is more akin to please small families. Looking at the pictures, some may be surprised to see what these two vehicles share few styling details, which is unusual in an industry that normally favours a lineup of vehicles that bear a resemblance and a visual identity.

If the 2023 Hyundai IONIQ 6 looks different, it’s because it targets a different customer base, which doesn’t have the same taste in car designs. This sedan’s lines are audacious, with a hint of Mercedes-Benz, but the brand’s stylists say they drew inspiration from the aviation industry, not the German luxury brand’s products. And from the Hyundai Prophecy Concept EV shown in March 2020. The IONIQ 6 is very slippery, boasting a drag coefficient of just 0.21, ranking it among the top 10 most aerodynamic production cars every produced.

Cutting through the wind also has energy efficiency benefits. The IONIQ 6 with the bigger 77.4 kWh battery pack and AWD gets two electric motors that produce a combined output of 320 horsepower and 446 pound-feet of torque, just like in the IONIQ 5, and both can accelerate from 0 to 100 km/h (0-62 mph) in 5.1 seconds. However, while the latter with a rear-wheel drivetrain boasts a driving range of 507 km (315 miles) according to the WLTP standard used in Europe, the IONIQ 6’s range is a claimed 610 km (379 miles)—quite a difference. Hyundai says both vehicles share the same E-GMP platform, battery packs and battery chemistry.

As is the case with the IONIQ 5, the 2023 Hyundai IONIQ 6 will also be offered with a single electric motor that should produce 168 horsepower and 258 pound-feet of torque, driving the rear wheels and fed by a 53 kWh battery pack. The single-motor, RWD setup with the bigger battery should increase output to 225 horsepower. Hyundai says the sedan will be one of the most energy-efficient EVs on the market with an average consumption of 14 kWh/100 km, which no current electric vehicle sold in the U.S. and Canada can match.

While the exterior design is different among IONIQ models—the IONIQ Seven Concept that debuted at the Los Angeles Auto Show in November 2021 will spawn a production IONIQ 7 utility vehicle—the interiors do share some strong similarities. The 2023 Hyundai IONIQ 6’s cabin features an elegant apparence with a minimalistic amount of dashboard buttons and controls, and features a wide panel integrating the fully digital 12-inch driving instrument cluster alongside the 12-inch infotainment touchscreen. There’s also a 64-colour, configurable ambient lighting system that glows brighter as the sedan gains speed, which is appropriately called Speed Sync Lighting.

Meanwhile, interior space was maximized by designing seats that are 30% thinner than usual, and the steering wheel’s four pixels light up for an interaction with the driver, such as indicating the battery’s state of charge or other uses. The centre console has a flat surface, allowing front-seat passengers to sit a laptop computer down on it and work. The driver can also take a nap by using the seat’s Relaxation function, which reclines the seatback and raises a footrest when the vehicle is parked.

The 2023 Hyundai IONIQ 6 will go into production in the third quarter of 2022, but that’s for the local Korean market and other surrounding countries. The U.S.- and Canadian-spec IONIQ 6 will make its official debut in November 2022 and its production will start in January 2023. All units of the electric sedan will built in Ulsan, Korea. Pricing and final specifications for the North American market have yet to be announced. At the moment, its only direct rival is the Tesla Model 3.

Alfa Romeo Says its EVs will Look Like Gasoline-Powered Models

This model will likely be based on the Continental GT Its design will introduce the brand’s new styling language It will be revealed...
Read more

This amount was up 76% from five years ago. Ford products have been recalled more than 4.5 times more than GM vehicles. Recall stories...
Read more
Previous articleA New Electric Motor from Mahle can Sustain High Loads for Longer
Next articleMost Popular Cars in Canada, Second Quarter of 2022