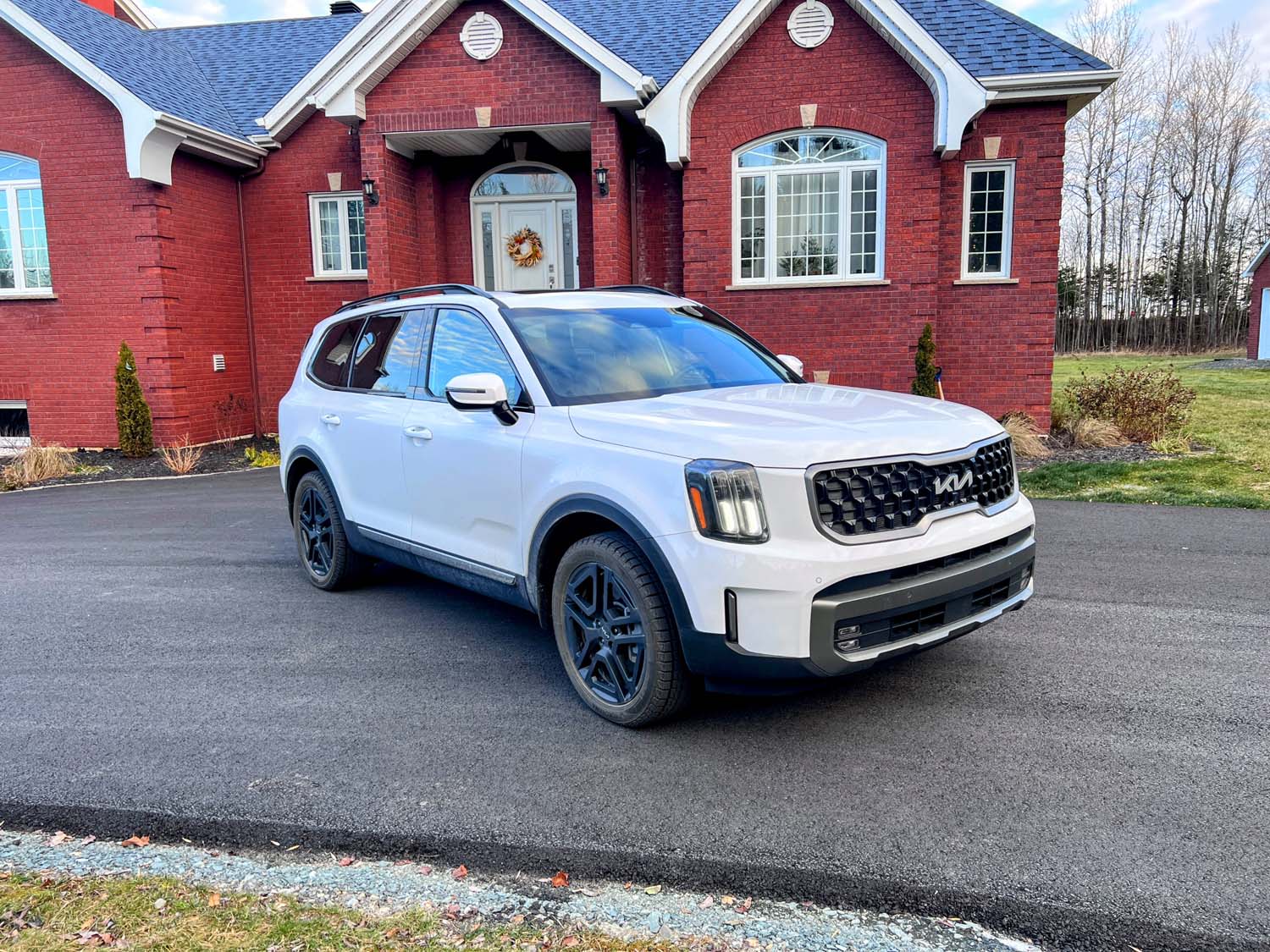 The new 2023 Kia Telluride received some improvements this year and we take the new-and-improved version for a first test drive. 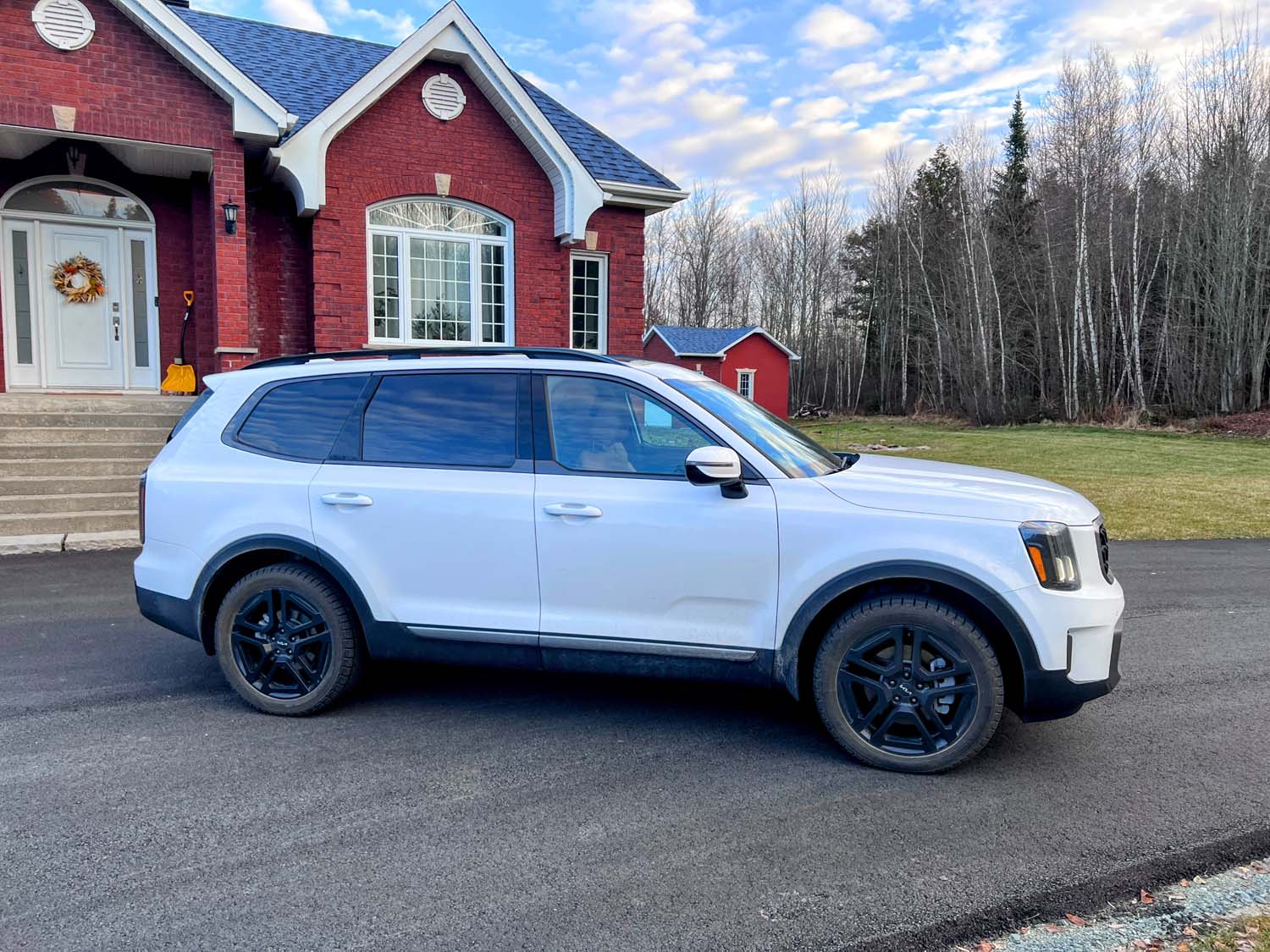 The 2023 Kia Telluride received a few enhancements this year, including a revised front design with new headlights, new standard features, enhanced technology like an available digital key (your smartphone can serve as the keyfob) and two new distinct versions. One of those versions, the X-Line, features higher ground clearance, blacked-out roof rails, and exclusive 20-inch wheels.

That’s the model we had the opportunity to evaluate for this first drive review of the new Telluride, a three-row SUV that has made quite an impact since it was introduced four years ago. 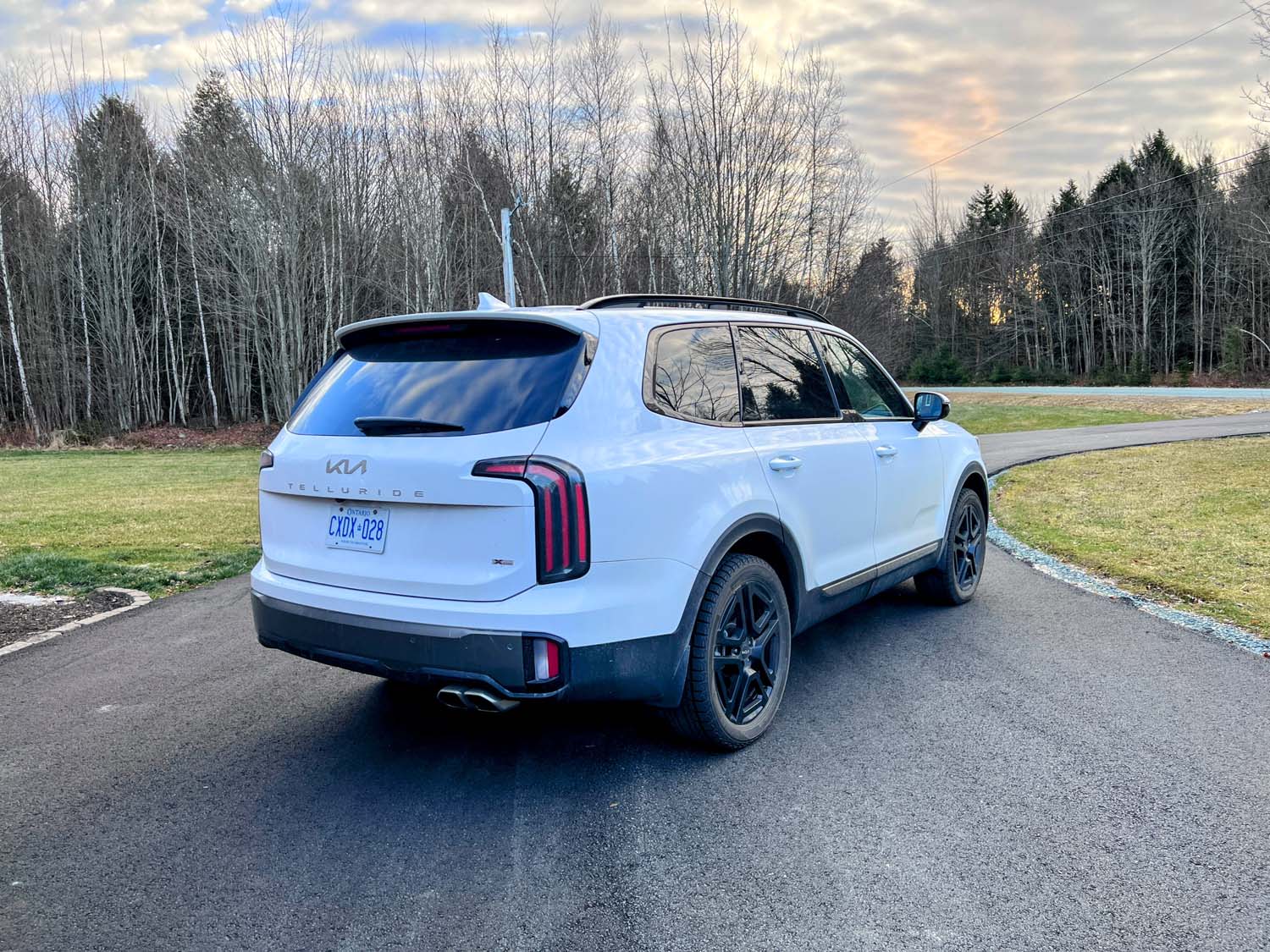 The 2023 Kia Telluride received some upgrades, but essentially this is the same Telluride from four years ago, and that’s ok. The Telluride has garnered a ton of praise since launch and that praise is well-deserved. Kia’s three-row top-of-the-line SUV might count models like the Toyota Highlander and Honda Pilot as direct competitors; it feels more upscale, luxurious and even exclusive than any of those and any other midsize SUV in its segment. Only the Volkswagen Atlas comes close in terms of overall refinement and giving the owner the feeling of driving something a little more upscale than its mainstream counterparts.

Moreover, the Telluride delivers the goods in terms of versatility and interior space. The 2023 Kia Telluride offers class-leading second-row passenger space, while the cargo area gives you over 600 litres, even with the rear seats in place. That’s more than any other similar SUV, including the Highlander, Pilot, Atlas, Hyundai Palisade, Mazda CX-9, and Ford Explorer. Most SUVs in this segment can’t transport everyone’s luggage if all three rows are occupied. Not so in the Telluride.

Stepping inside, the quilted leather seats, large centre display, digital instrument cluster and mix of metals and quality plastics combine to provide a truly luxurious environment. The Telluride can confidently rival much more expensive SUVs like the Mercedes-Benz GLE or Audi Q7 in terms of interior design. Nothing new here, however. 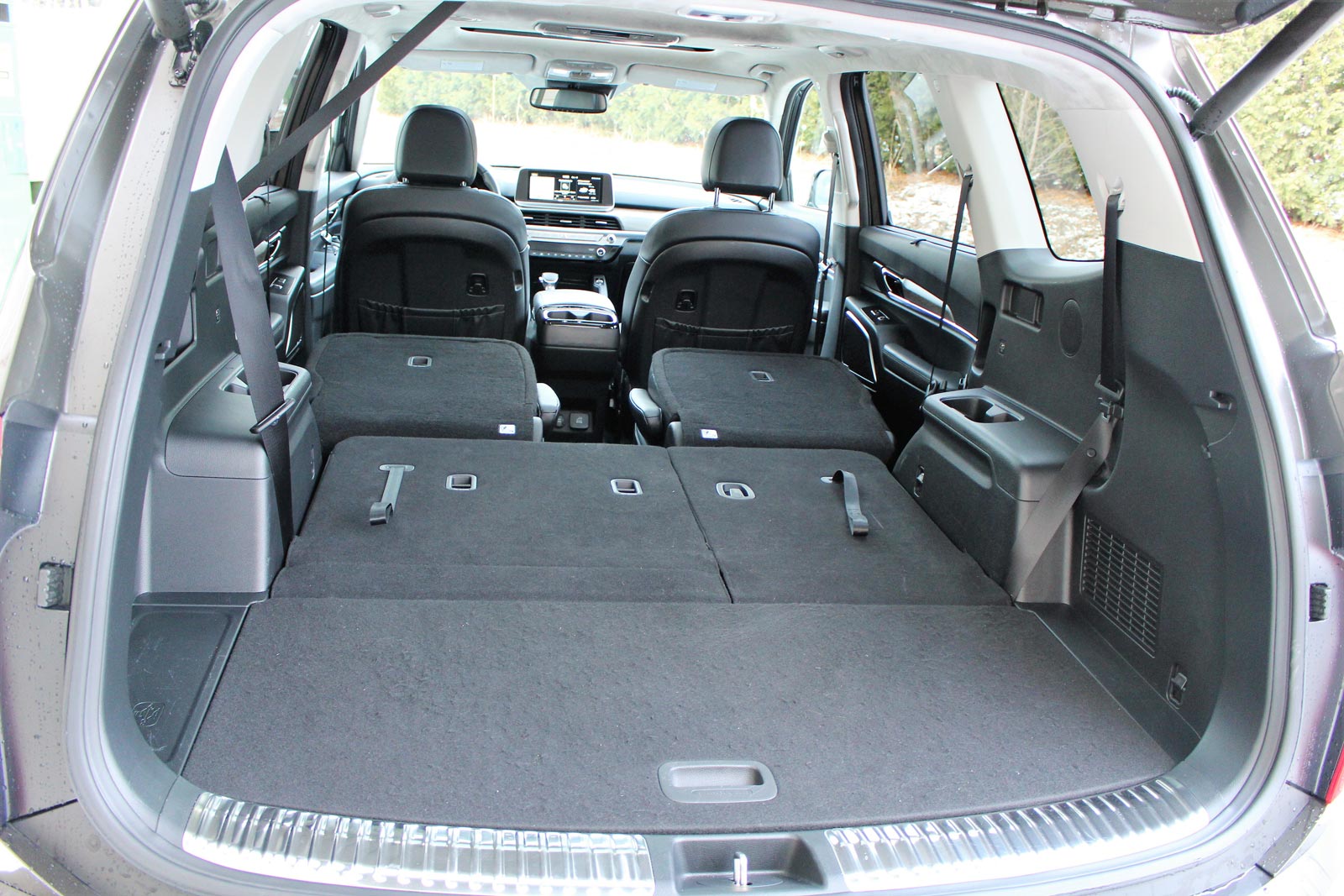 The 2023 Kia Telluride hasn’t upgraded its powertrain either. A 3.8-litre delivering 291 horsepower and 262 pound-feet of torque paired to an 8-speed automatic returns and all-wheel drive is standard across the lineup in Canada while US buyers have to pay extra. The towing capacity has improved, at least in the new X-Pro trim, which offers 5,500 pounds as opposed to the segment-standard 5,000 pounds. The Telluride can therefore tow a little more than most rivals, but the Nissan Pathfinder and Dodge Durango can tow more.

Speaking of the X-Pro trim, it gets all-terrain tires and unique 18-inch wheels, and like the X-Line model it offers more ground clearance than other Telluride trims. The on-paper idea is to offer a bit more off-road performance, but ultimately Kia’s largest SUV isn’t about venturing off the beaten path. It’s too big, and its all-wheel drive system, despite being efficient on snow, isn’t designed to tackle muddy trails.

The Telluride’s engine does what it’s supposed to, and it’s proven quite reliable over the years, but in the face of some of the new turbocharged engines found on some competitors, it’s starting to show its age. It may have more power on paper, it can’t match the new Highlander’s turbo or the CX-9 in terms of quickness and reaction.

The 2023 Telluride feels sluggish off the line and when passing. It’s not slow, but it takes a while for the engine to start to push, and anyone looking for a bit of emotion from their three-row SUV will likely be let down. Steering, on the other hand, is surprisingly sharp, as are the brakes, which slow down the Telluride with confidence. 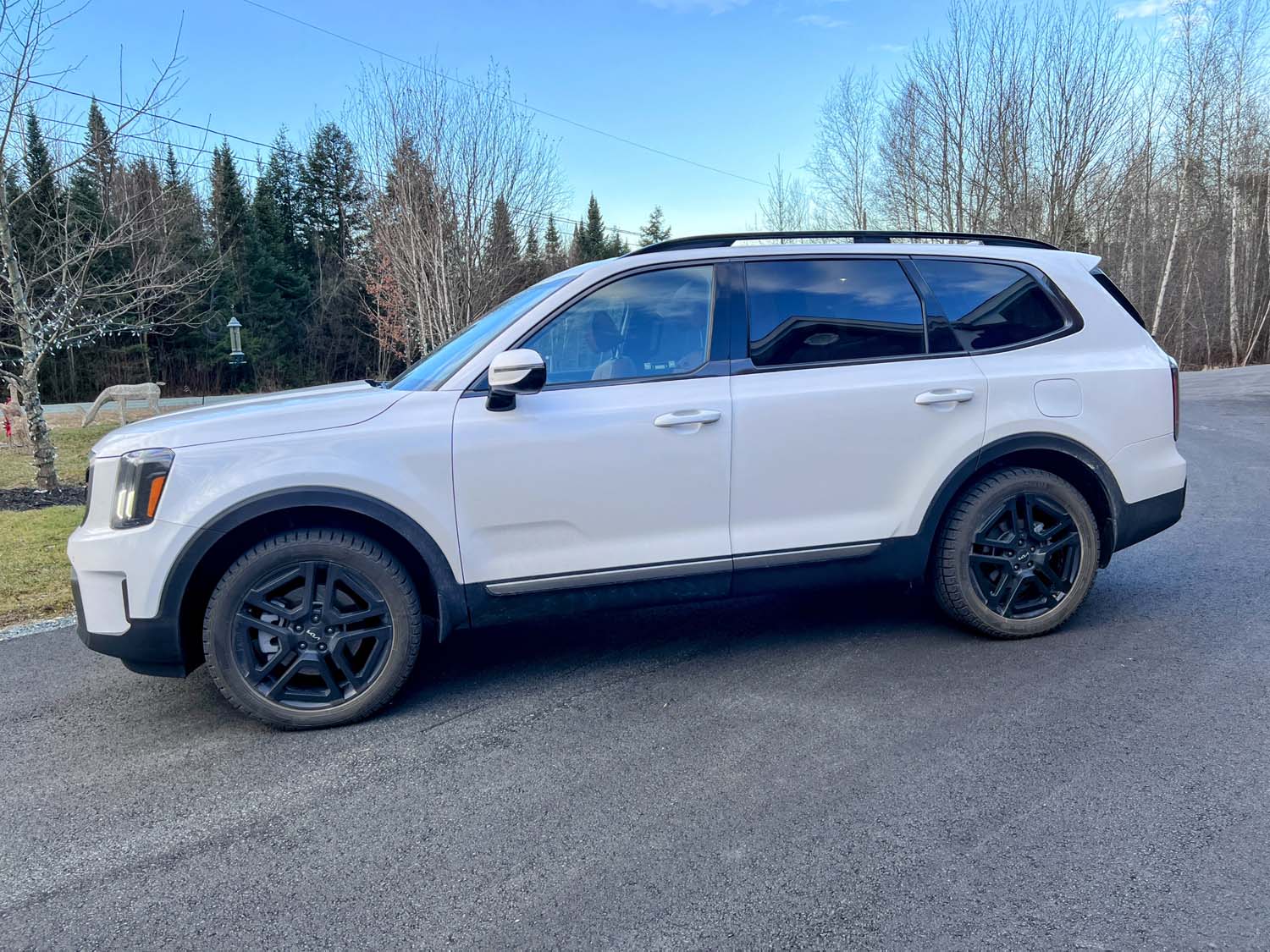 So, the steering is good, the braking is great, and the engine is reliable and delivers ok performance. Where the Telluride shines, however, is comfort. Long hours on the highway fly by, and the suspension effectively filters whatever the road throws at you. Driving the Telluride isn’t fun in the corner-carving kind of way, but it’s one of the most comfortable SUVs you can buy, not just in its segment but in its price range overall. Pair that with the cavernous interior, and you get one of the best family sport utility vehicles you can buy.

Of course, you are paying for that privilege. The Telluride starts at $50,000 in Canada, while our tester topped $60,000. Although it has a long list of features, including some on the more exclusive side, like an available digital key that lets you get in and start the engine with your phone, it’s missing a few things like wireless access to Apple CarPlay and Android Auto. 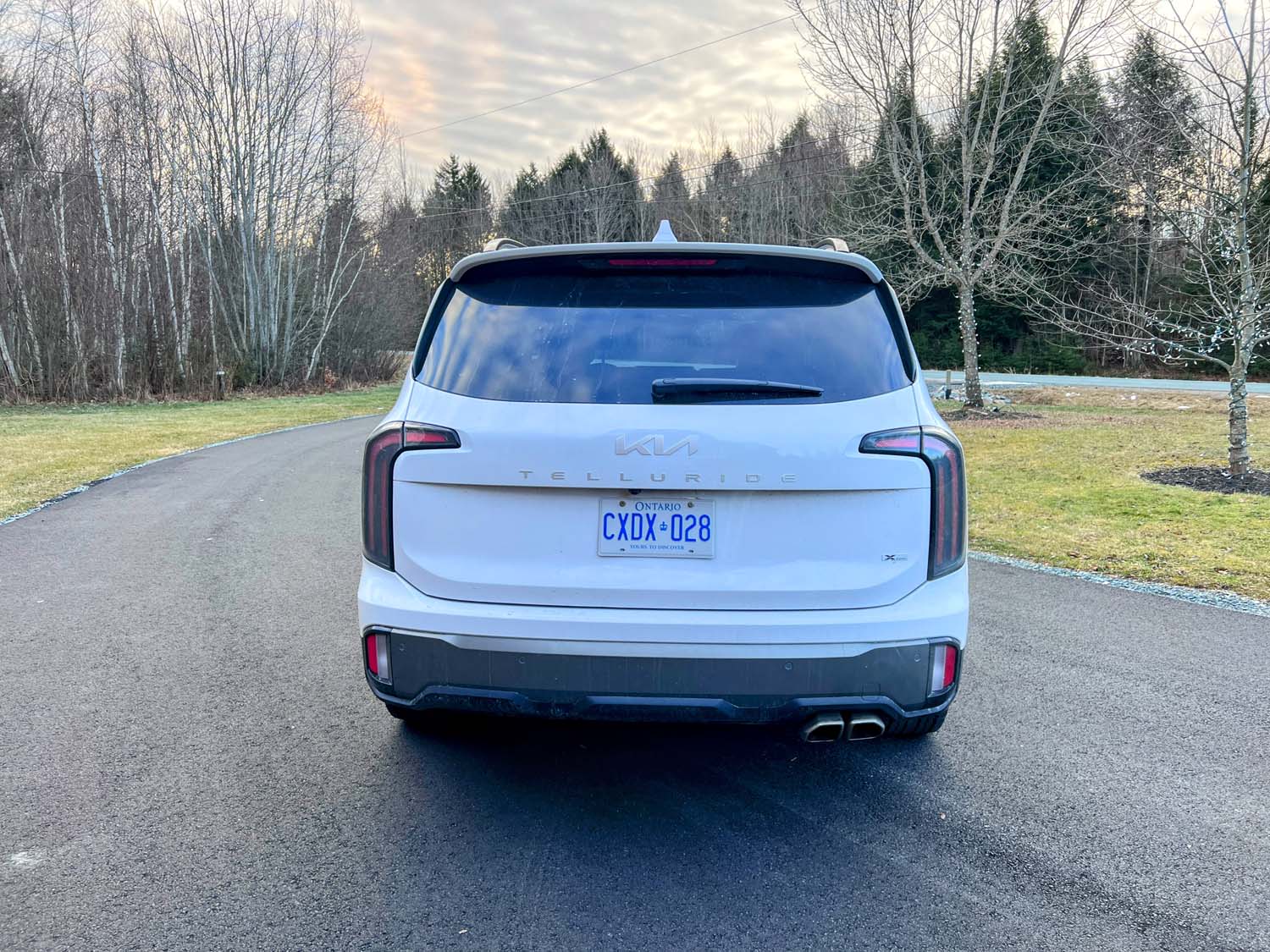 There are also a ton of safety features, but they are among the most annoying you will find on any vehicle. This is a Kia thing, by the way, and someone at the Korean automaker should look into it. There’s nothing wrong with notifying the driver of potential danger, but Kia vehicles beep and ping and constantly get flustered when there’s really to worry about. The end result is counterproductive to improving safety as one feels more nervous and aggravated than anything else behind the wheel, and most owners will likely shut the features off.

The Telluride could also benefit from a more efficient engine. The V6 is thirsty, and it doesn’t deliver the performance to make the fuel bill justifiable. A little turbocharging would go a long way.

That said, when it comes to comfort, interior space, features, and overall luxury and refinement, the 2023 Kia Telluride continues to set the benchmark in the segment.

There’s room for improvement, but it’s still one of the best options in its class.