The 2023 Mitsubishi Outlander PHEV just made its official worldwide debut online, and as mentioned before, the plug-in hybrid crossover will hit the North American market in the second half of 2022. 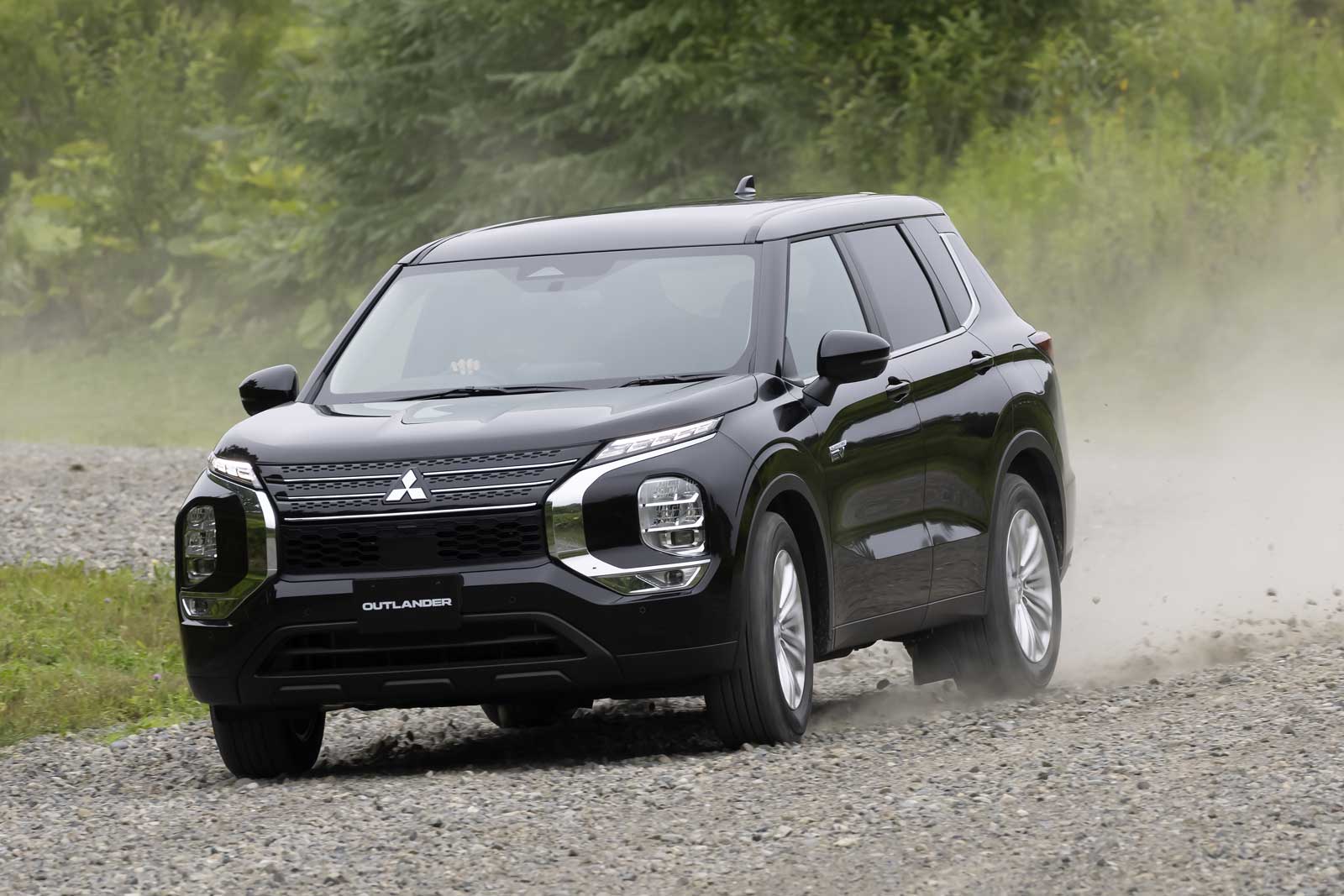 Although the 2021 and 2022 model years received some powertrain improvements, they are still based on the previous generation of the crossover. The new Outlander PHEV not only stands out with its bold design, but it receives more power from its electric motors, a bigger battery pack and, as a result, greater driving range.

Under the hood, the 2.4L four-cylinder engine remains, producing 131 horsepower and 144 pound-feet of torque. The front electric motor gets an output bump from 80 to 114 horsepower and from 101 to 188 pound-feet of torque, while the rear electric motor ups its output from 94 to 134 horsepower and its torque rating remains unchanged at 144 pound-feet. The automaker doesn’t publish total system power, but it’s clear to see that performance will be improved, even though it won’t match the Toyota RAV4 Prime’s 302 hp and the Hyundai Tucson PHEV’s 261 hp. It likely surpasses the Ford Escape PHEV’s 200 hp, though. 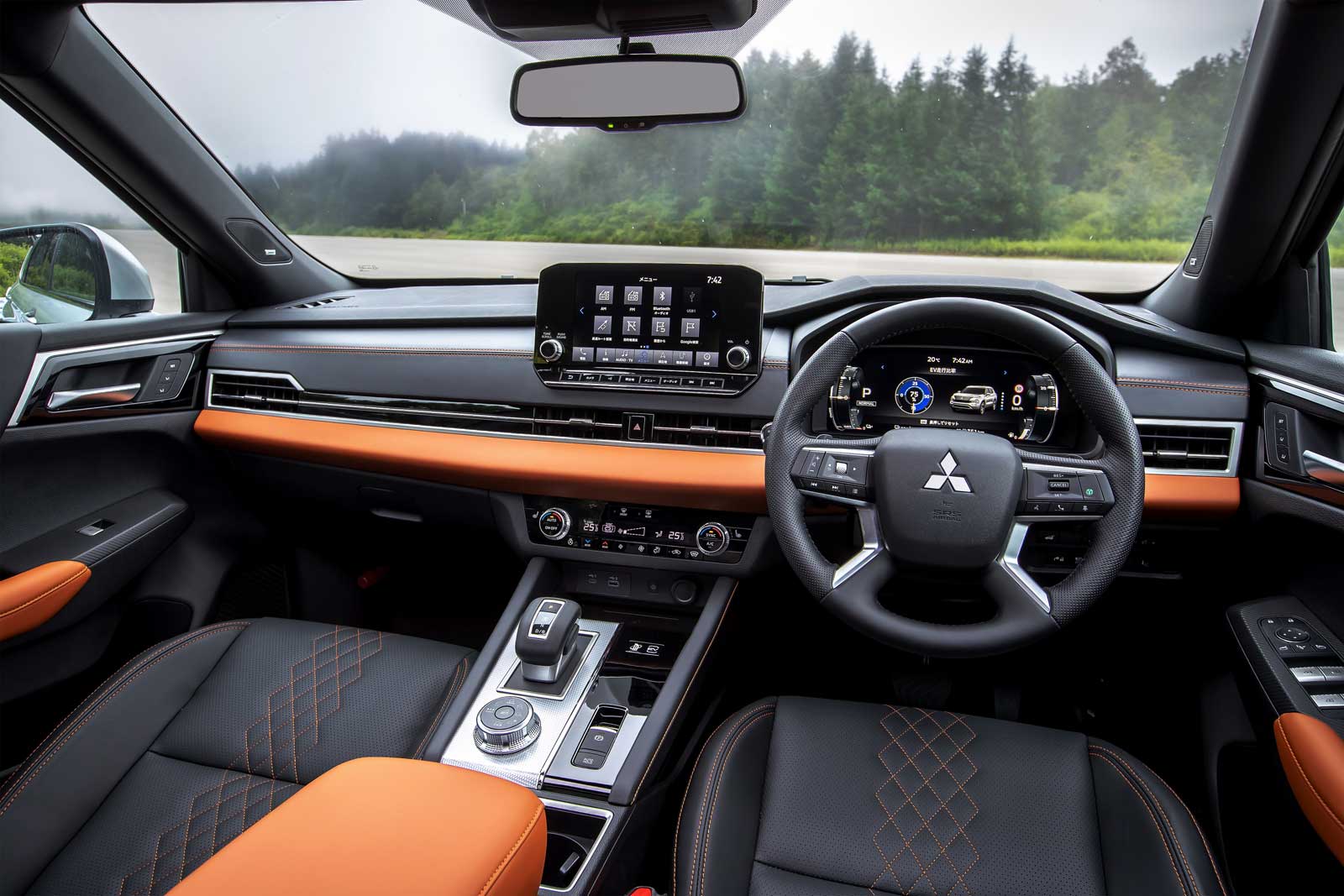 On the other hand, the 2023 Mitsubishi Outlander PHEV’s battery capacity reaches 20 kWh, up from 13.8 in the outgoing generation and bigger than the batteries found in the RAV4, the Escape and the Tucson. EV-only driving range hasn’t been confirmed yet for the North American markets, but it’s estimated at up to 87 kilometres or 54 miles according to WLTP test procedures—besting its three aforementioned rivals. In our neck of the woods, that should amount to a range of about 75 to 80 km (46 to 50 miles).

Fuel economy while driving in Hybrid mode averages about 6.0 L/100 km or 39 mpg on the WLTP cycle, the latter being a more optimistic test than those defined by the EPA and Natural Resources Canada. It will most certainly improve upon the current gen’s combined city/highway rating of 9.1 L/100 km. In addition, the fuel tank has been enlarged from 45 to 56 litres (11.9 to 14.8 gallons), extending the vehicle’s overall range between fill-ups. 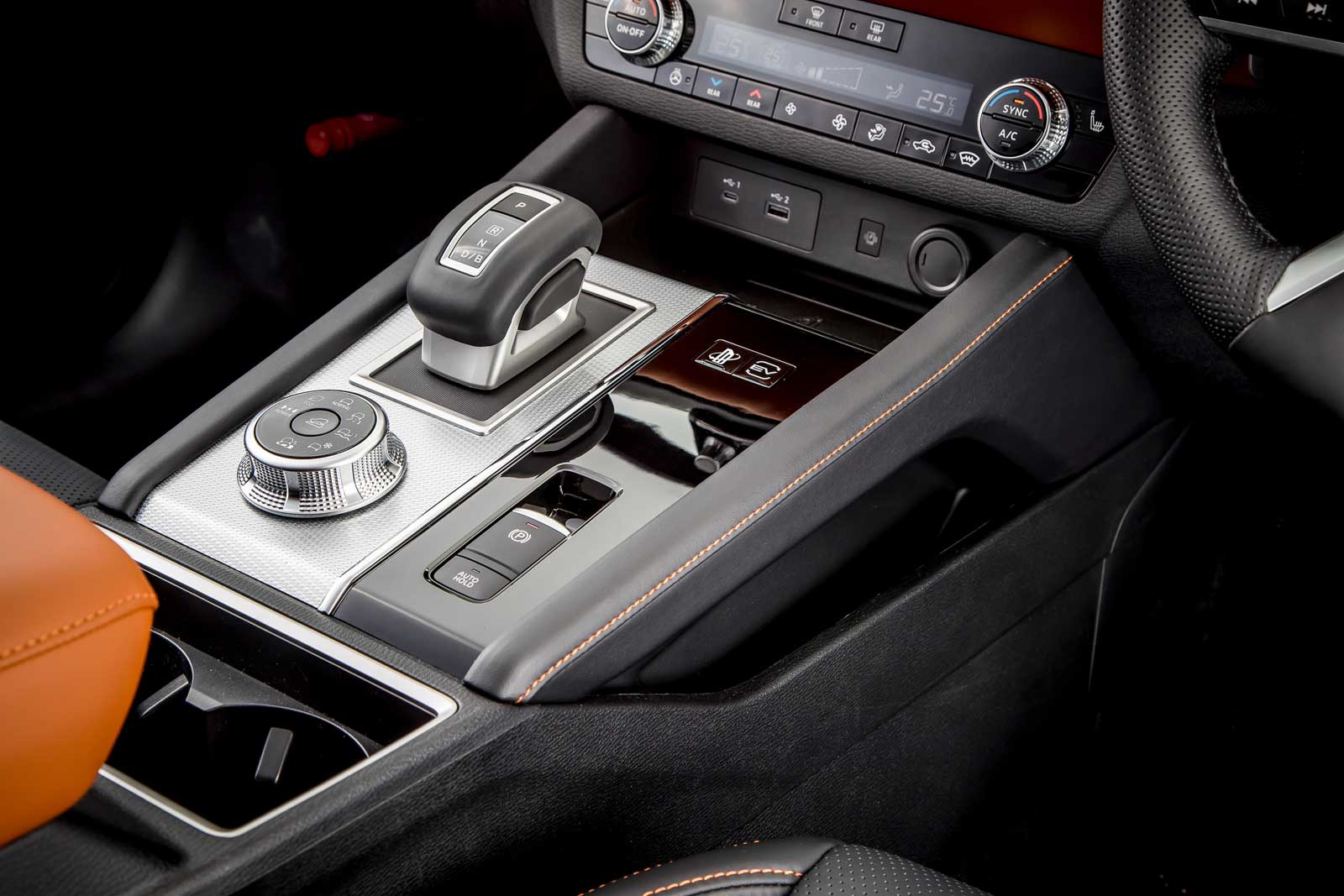 Thanks to its powertrain improvements, the 2023 Mitsubishi Outlander PHEV will rely less on the gasoline engine, further saving fuel. One-pedal driving is now possible, although users still need to press the brake pedal to fully immobilize the vehicle, as the deceleration force isn’t sufficient to bring the Outlander PHEV to a complete stop. Once again, a quick charge port is included, along with a level 2 charge port.

The cabin is as luxurious and refined as the non-PHEV Outlander’s can be, with a choice of cloth, leather or semi-aniline leather seat upholstery in Black, Light Gray or Black and Saddle Tan. All this is complemented by Piano Black or Aluminum trim. Unlike its competitors and the previous generation, the Outlander PHEV is equipped with three rows of seats for a capacity of up to seven passengers.

The new 2023 Mitsubishi Outlander PHEV rides on a slightly longer wheelbase while gaining in overall length, width and height. Interior space has increased, while the driver can get more comfortable with longer seat travel and height adjustments as well as a steering column with better tilt and telescoping adjustments. 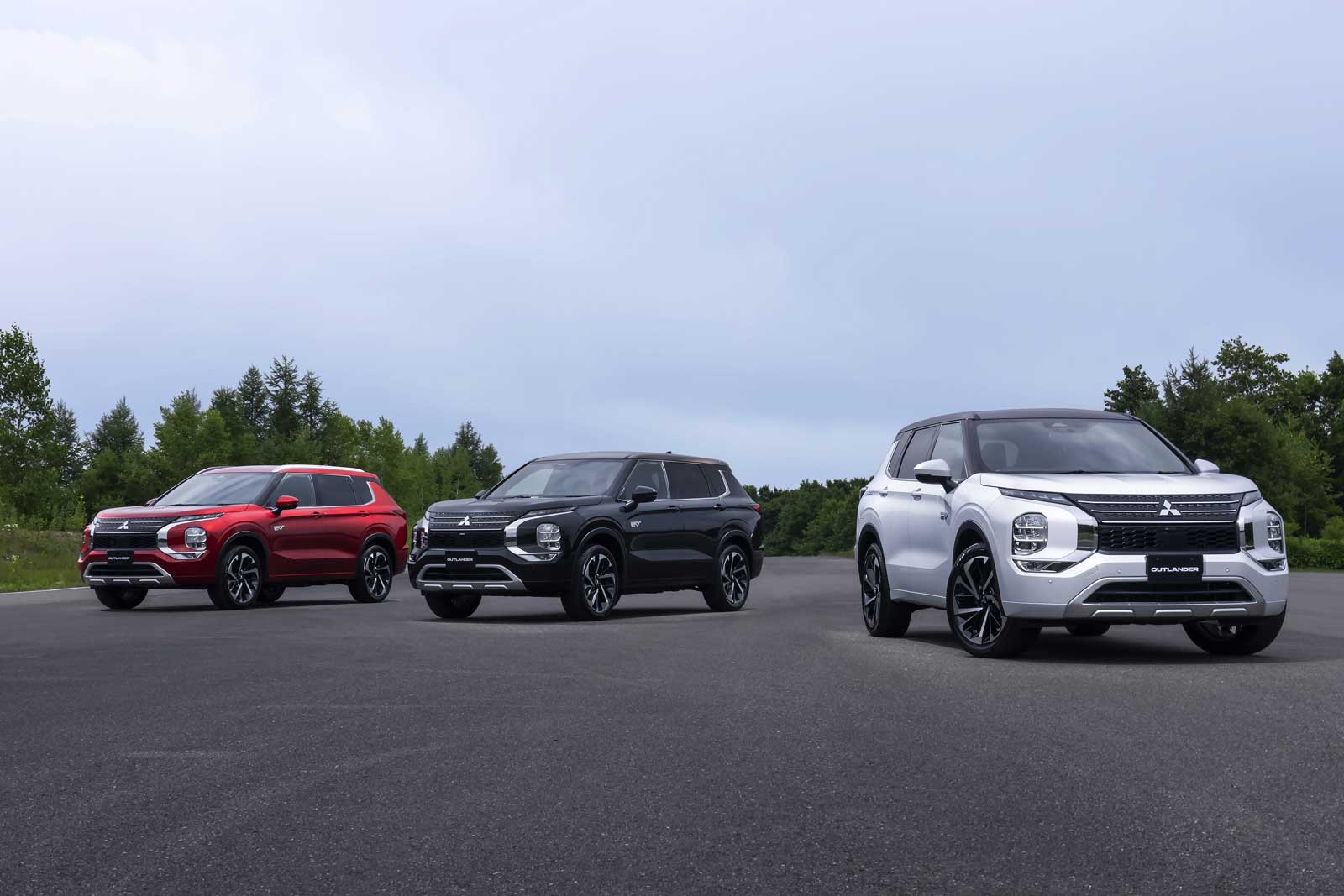 The plug-in hybrid crossover is available with a digital 12.3-inch driver instrument cluster, a 9.0-inch infotainment system touchscreen and 10.8-inch head-up display, while two 1,500W power outlets can provide electricity in case of a power shortage at home. Mitsubishi points out that a coffee maker, a toaster oven, a hair dryer and a vacuum cleaner can function just fine while plugged into the Outlander. Who’d want to clean the house during a blackout is anyone’s guess, but it’s good to know we can. 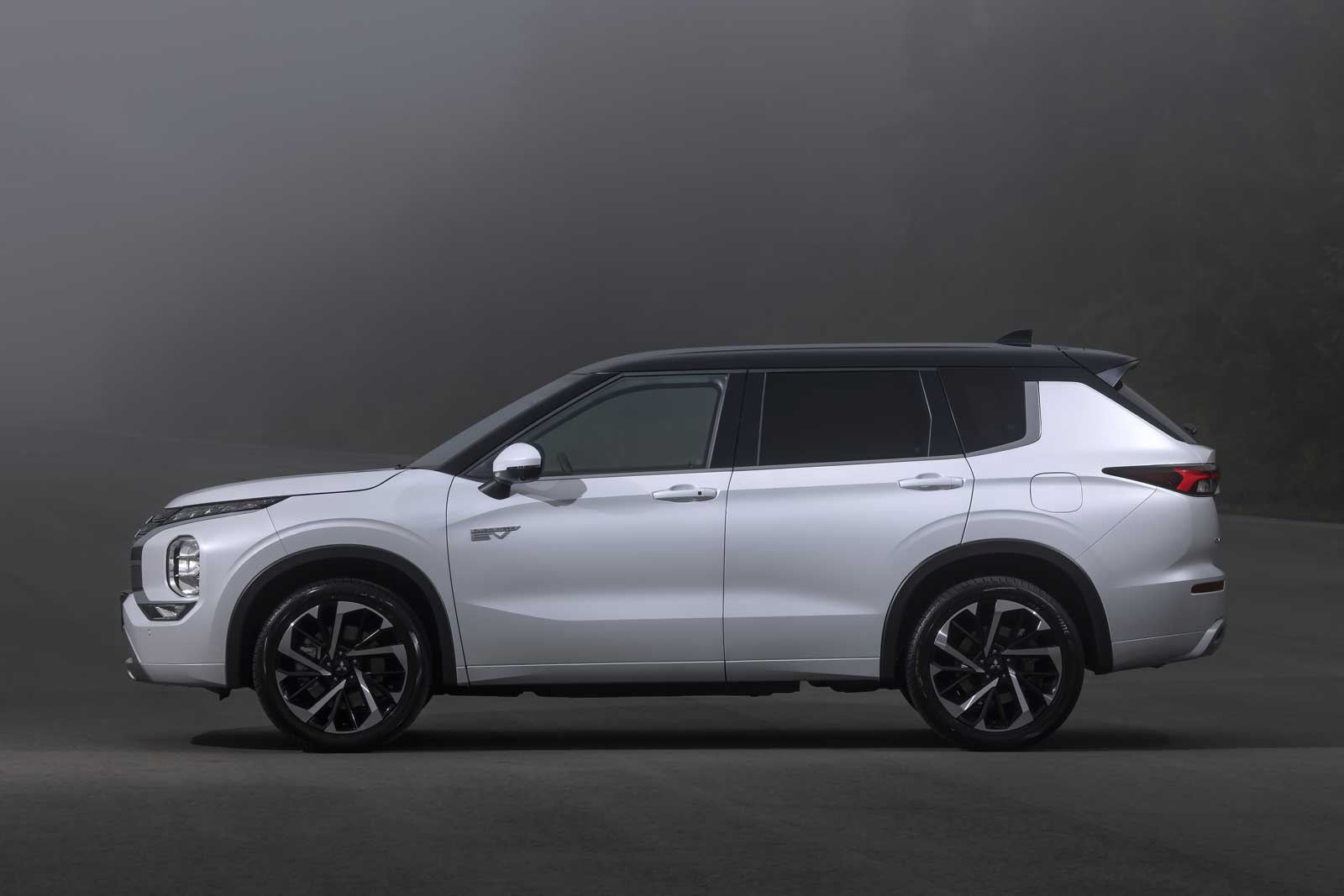 All these specifications pertain to the Japanese-spec model, but the North American variant shouldn’t stray away too much from these. The 2023 Mitsubishi Outlander PHEV promises a more engaging drive, greater range and improved performance, and a more comfortable cabin. Pricing and further details will be released in the coming months.

Patrick Nadeau, From Disraeli (QC), drove from his home to Mexico and back. His car is a Hyundai IONIQ 5 Long Range RWD. ...
Read more
Previous articleAudi Q9 Spied on the Nürburgring
Next articleUber to Incorporate 50,000 Tesla Vehicles as Part of its Fleet