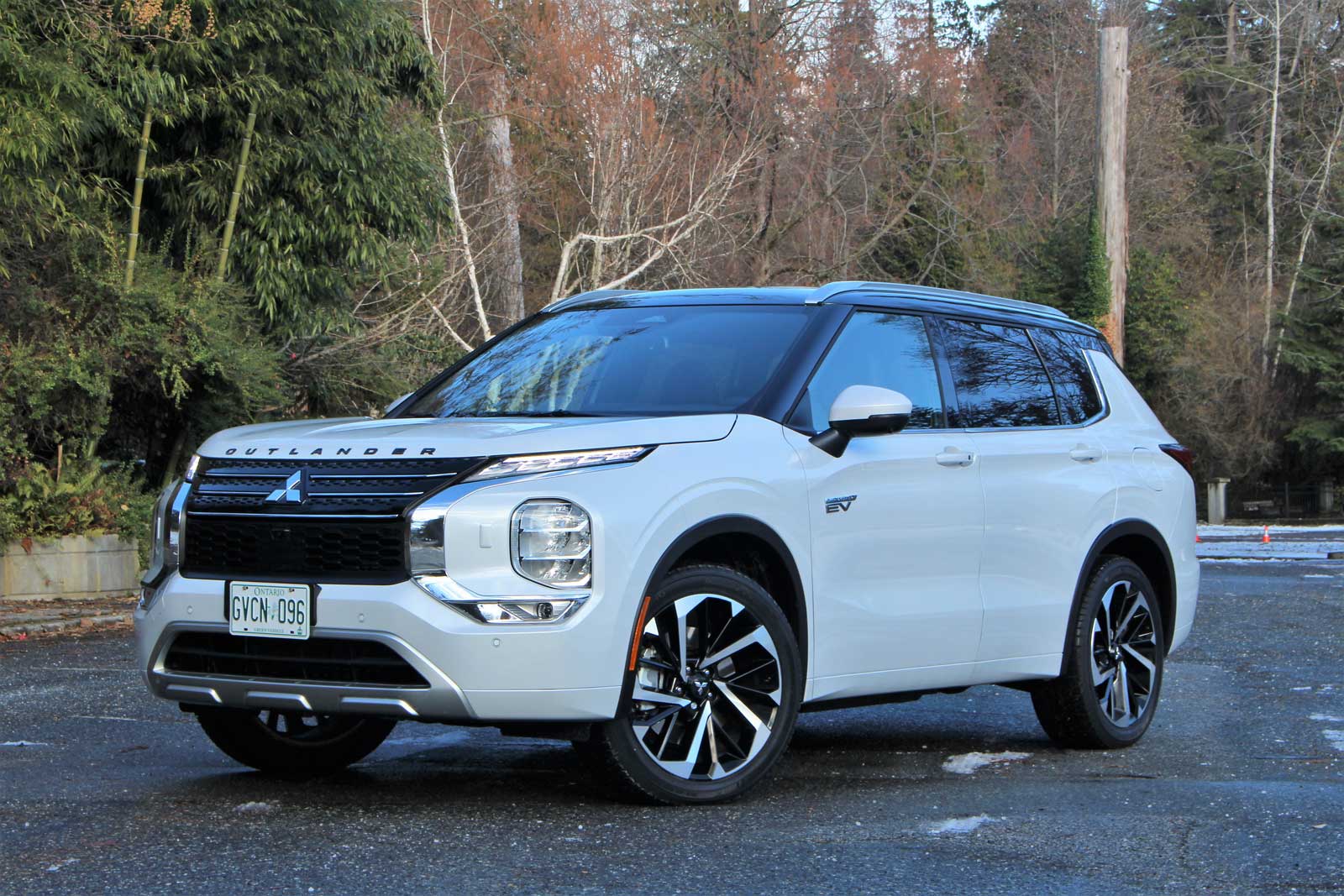 A giant step forward compared to the outgoing model.

For an automaker with a product lineup of only four core models, when one of those gets a redesign, it’s quite an event. The long-awaited arrival of the 2023 Mitsubishi Outlander PHEV, the plug-in hybrid variant of the current-generation Outlander introduced a year and a half ago, has finally landed.

Is there still a need for PHEVs, as many manufacturers have announced their intention to roll out a slew of fully electric vehicles over the next few years? We think there is. We’ll be honest and say that Mitsubishi hasn’t been a technology and innovation disruptor for some time now—at least in North America. It’s banking its success on durable, reliable and easy-to-live with vehicles backed by excellent 10-year powertrain warranty coverage. Good, rational qualities. 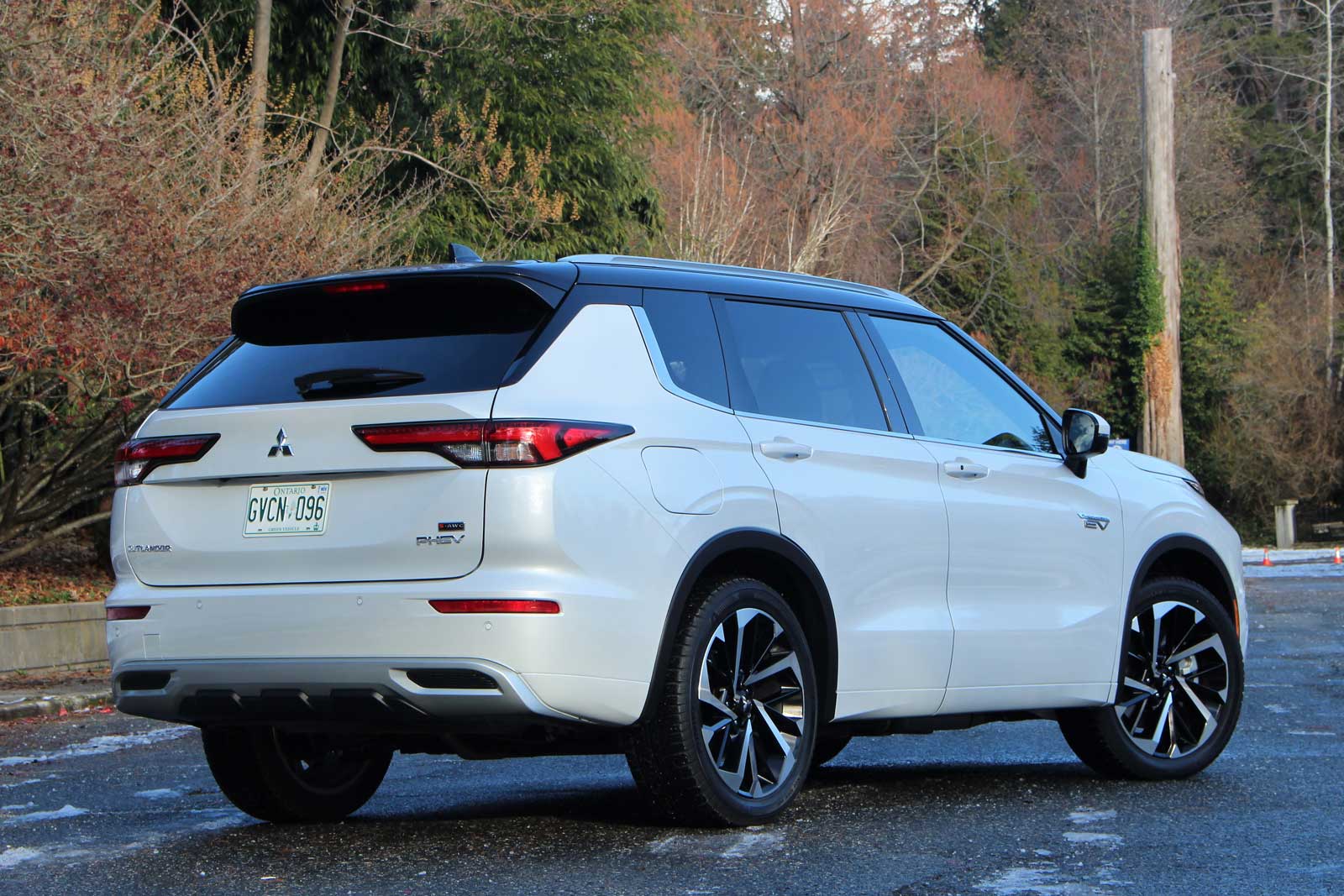 Besides, not everyone wants or is able to own a fully electric vehicle right now, so the 2023 Mitsubishi Outlander PHEV still makes sense. However, it now faces some stiff competition, such as the Toyota RAV4 Prime, the front-wheel-drive-only Ford Escape PHEV, the Hyundai Tucson PHEV and the Kia Sportage PHEV. The regular Outlander must also battle the Honda CR-V, the Nissan Rogue, the Chevrolet Equinox, the GMC Terrain, the Mazda CX-5, the Subaru Forester, the Volkswagen Tiguan and the Jeep Compass.

Let’s take a look at the Outlander PHEV’s powertrain. It’s composed of a naturally aspirated 2.4L four-cylinder engine, two electric drive motors (one at each axle)  and a 20 kWh battery pack that create an all-wheel drivetrain, or what the automaker calls its S-AWC (Super All Wheel Control) system. Total output amounts to 248 horsepower and 332 pound-feet of torque. The RAV4 Prime leads the plug-in hybrid pack with 302 ponies, while the Ford gets 221, the Tucson and Sportage get 261. Towing capacity is set at 680 kilograms or 1,500 pounds, lowest of the bunch alongside the Ford. 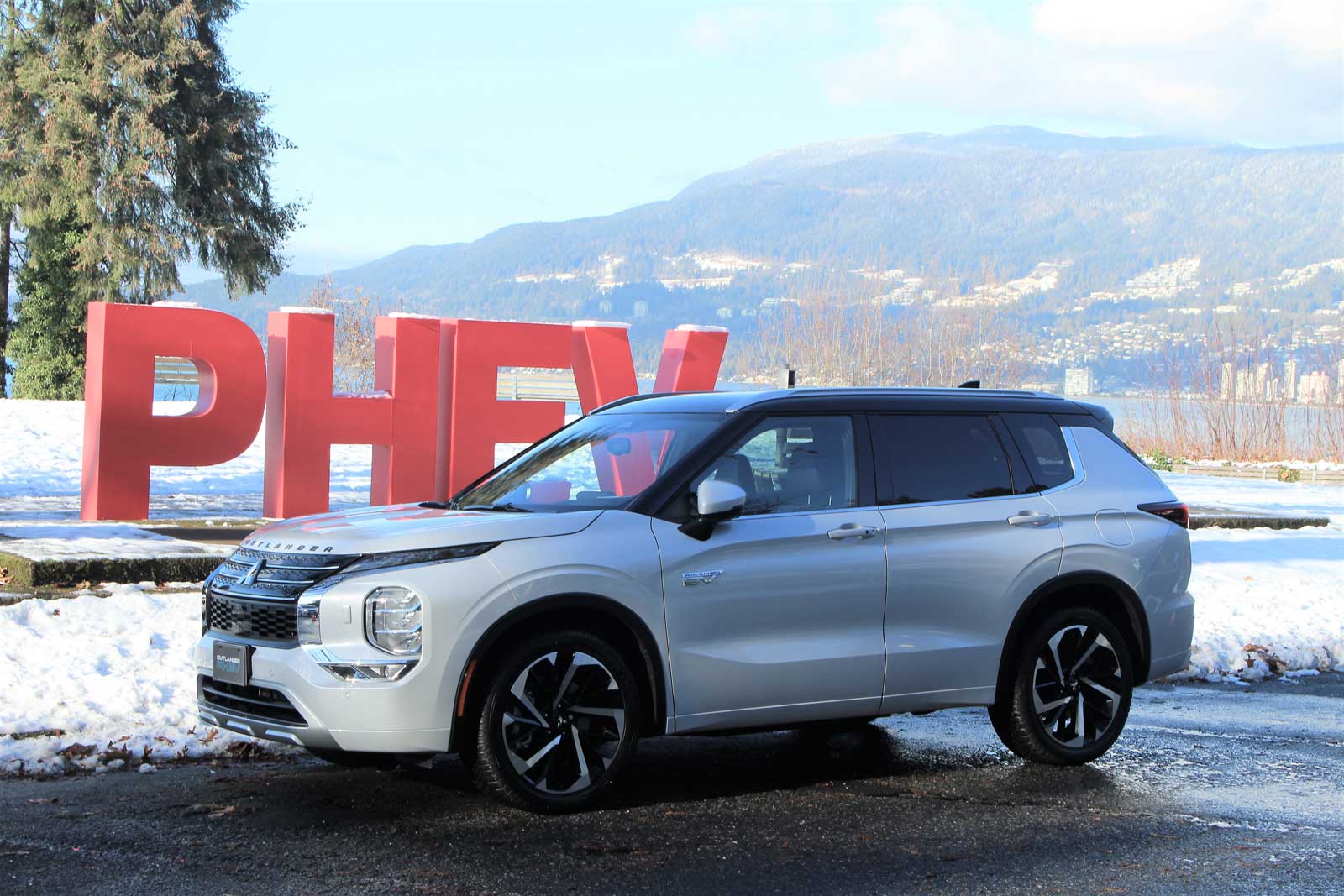 From a performance standpoint, the Mitsubishi isn’t the hot rod of the bunch. However, it still takes off with authority with the right drive mode selected, thanks to the instant torque provided by the electric motors, and gets up to speed pretty quickly. Mitsubishi claims a 0-60 mph (0-96 km/h) time as low as 7.9 seconds, so no problem there. We also liked the vehicle’s smooth ride, truly comfortable seats, and quiet cabin.

The Outlander PHEV offers three distinct drive modes. EV Drive Mode sends the combustion engine to the break room while the electric motors do all the work—as its name suggests—at speeds of up to 135 km/h or 84 mph. Series Hybrid Mode asks the gasoline engine to operate, generating an extra dose of power when the motors need it, such as during full-throttle accelerations or driving long uphill roads. When the Parallel Hybrid Mode is activated, the gas engine does its fair share of the work alongside the electric motors, and the battery pack gets recharged during that time. 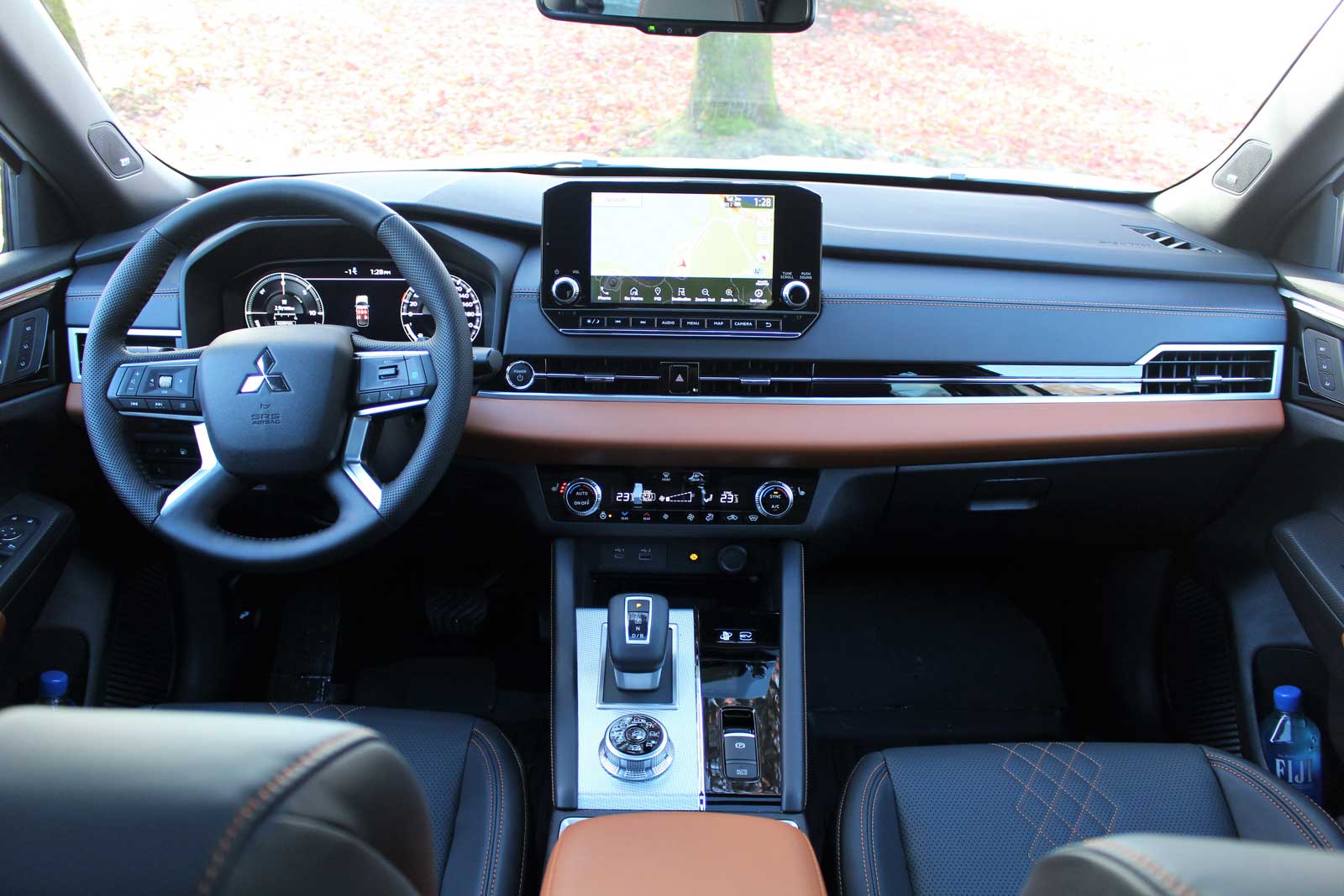 In addition, there are three power management modes the driver can choose from. EV Priority Mode is preferable for stop-and-go city driving, while Charge Mode replenishes the battery pack on the go with the gasoline engine’s contribution. Save Mode maintains the battery’s charge level for when it would be more consumed more efficiently—useful when we’re driving on the highway, for example, which drains the battery pack down much quicker, with little gain.

As in all hybrid vehicles, there’s regenerative braking as well, whose intensity can be adjusted via wheel-mounted paddle shifters. One-pedal driving is also possible, meaning the vehicle brakes even if we don’t touch the brake pedal—although it won’t come to a complete stop like in most EVs. 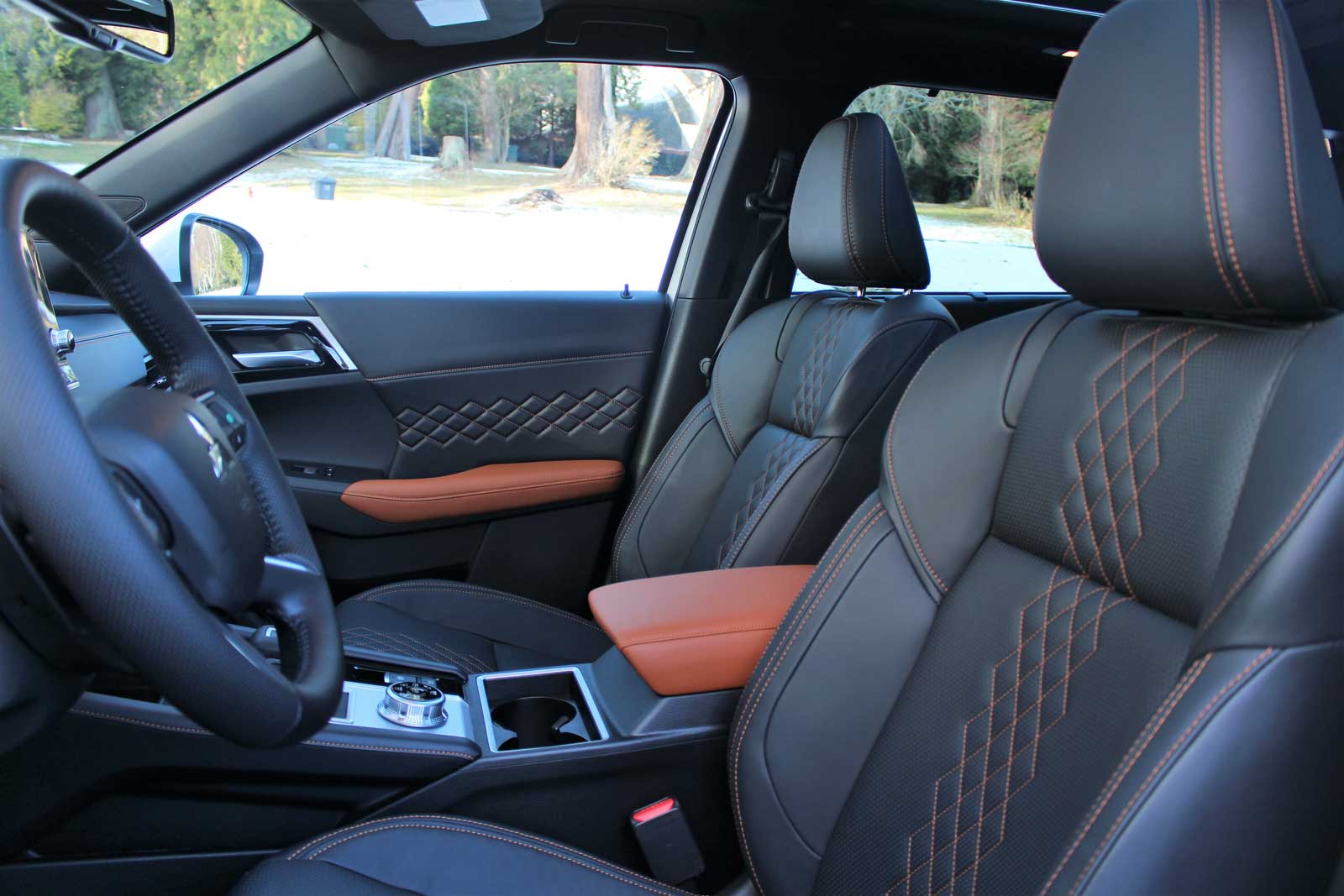 As for the 2023 Mitsubishi Outlander PHEV’s S-AWC system, it serves up seven modes according to the road conditions we’re expecting to confront. The Eco, Normal, Tarmac, Snow, Mud, Gravel and Power are all pretty self-explanatory. This is all software programming which varies electric motor input, wheel slippage, stability control intervention as well as brake force distribution. We may not feel a tangible difference between each and every mode, but that’s ok. From a technical standpoint, the Mitsubishi has a more sophisticated and capable all-wheel drivetrain than the Toyota, the Hyundai and the Kia.

Now, if this all sounds complicated and over-engineered, it’s not. It’s easily manageable with the press of a button or spinning a rotary dial. Or, we can just leave the system work on its own, and still reap the benefits of fully electric commuting without maximizing it. 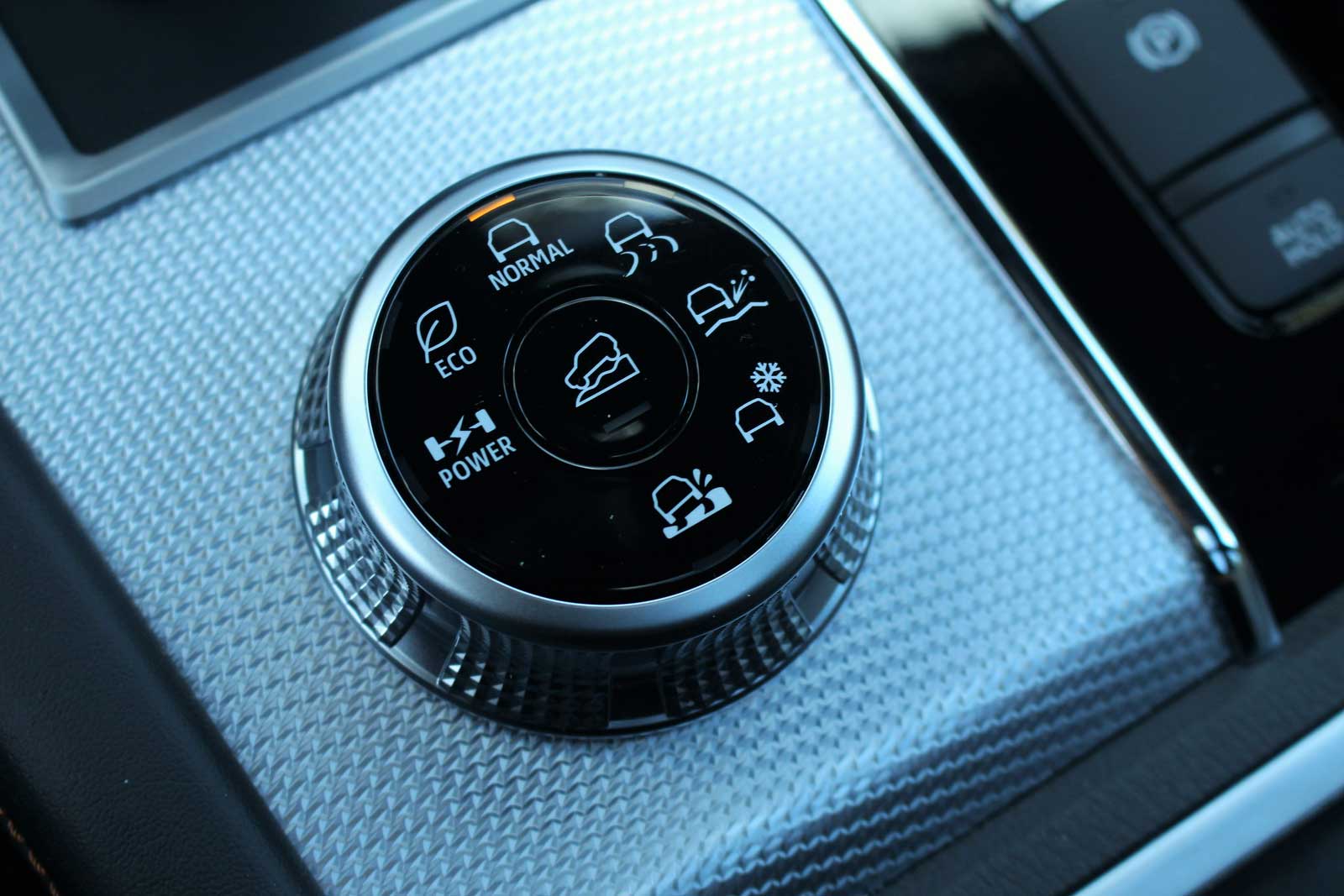 The 2023 Mitsubishi Outlander PHEV is rated at 3.6 Le/100 km according to NRCan test procedures, and at 64 MPGe on EPA calculations. On a full charge, EV-only driving is pegged at 61 kilometres or 38 miles. For comparison purposes, the RAV4 Prime offers a range of 68 km or 42 miles, the Escape’s range is 60 km or 37 miles, while the Tucson and Sportage are rated at 53 km/33 miles and 55 km/34 miles respectively.

During our drive, we managed an overall average of 5.2 L/100 km or 45 mpg, which included a full battery charge. However, the Mitsubishi has the worst fuel economy ratings of the bunch. 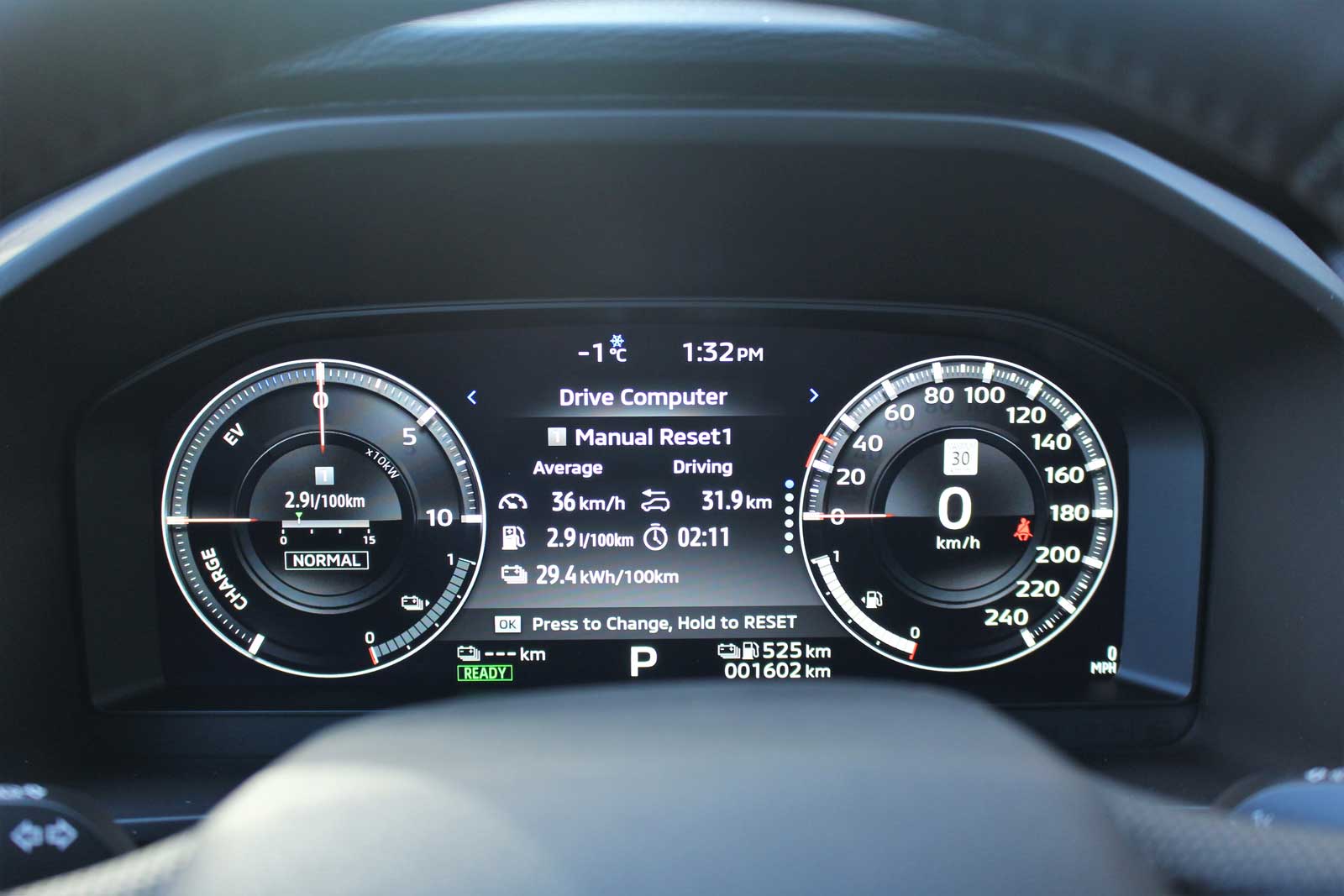 To charge the battery pack, we can plug the vehicle into a regular power outlet, a Level 2 240V outlet or even a segment-exclusive DC quick charger. With the latter, the automaker claims the Outlander’s battery can be juiced up to 80% capacity in as little as 38 minutes, with speeds of up to 50 kW. Otherwise, the Mitsubishi is the slowest to fully recharge on a 240V outlet, due to its 3.5 kW on-board charger and the fact that its battery is the biggest. The Ford has a 3.3 kW charger and the Toyota has a 3.3 or 6.6 kW charger, while the Hyundai and the Kia have 7.2 kW chargers.

An advantage the 2023 Mitsubishi Outlander PHEV has over its rivals is that it offers standard seven-passenger seating. True, the third-row seats aren’t that big and accessing them isn’t all that easy, but you never know when they could come in handy, if the kids invite their friends on trips to Dairy Queen or the shopping mall. 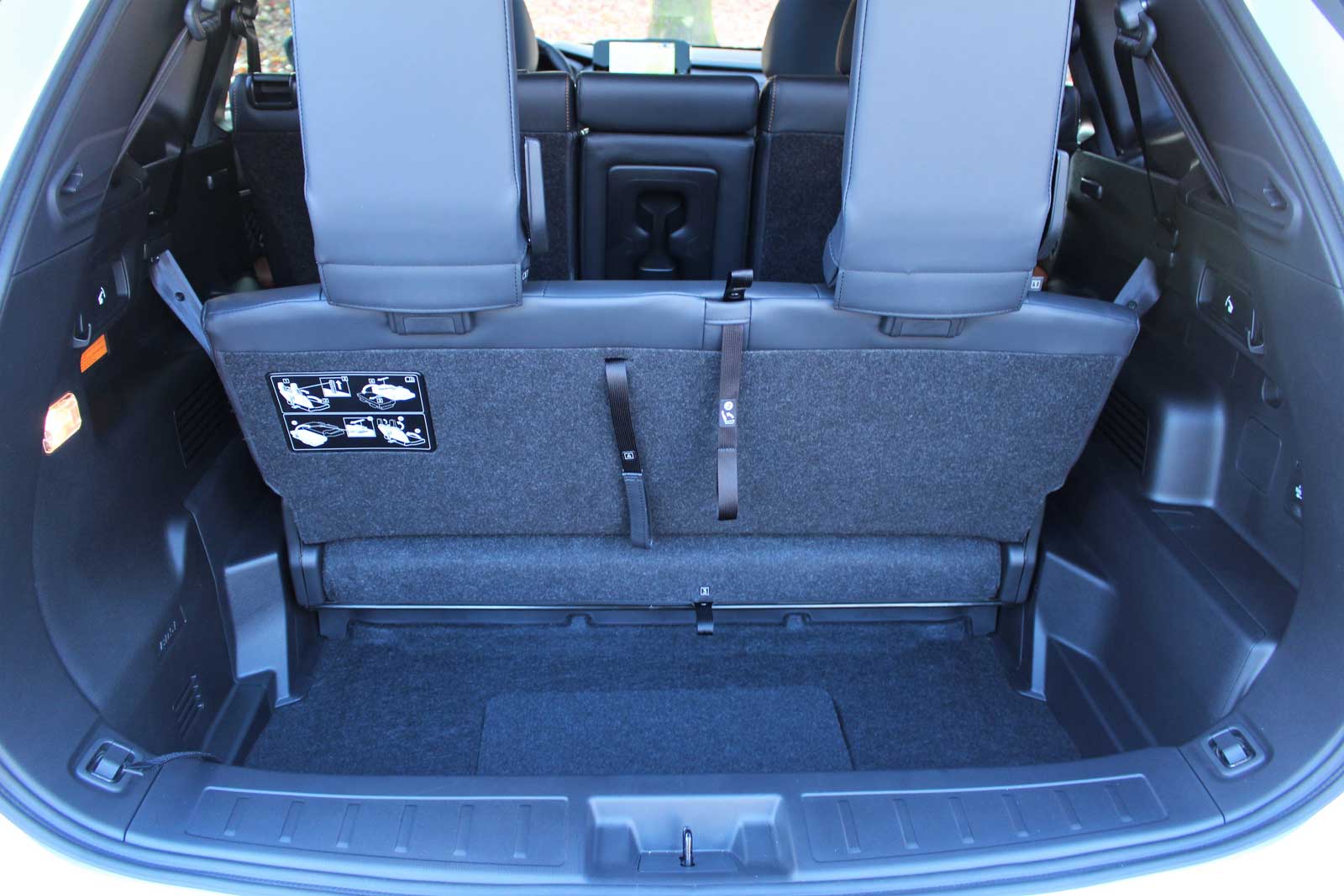 The cargo area can be stuffed with up to 66.6 cubic feet (USA rating) or 1,875 litres (Canadian rating) of our belongings. That’s a little more than in the Escape PHEV and RAV4 Prime, but slightly less than what the Tucson PHEV and the Sportage PHEV can handle. The Mitsu is equipped with 1,500W power outlets in the rear-seat area and in the cargo hold, which can be pretty useful during a power shortage at home. V2H (Vehicle to Home) tech is also on board, although the infrastructure for that isn’t quite set up yet in our market.

The new Outlander PHEV takes a significant technological leap forward compared to the outgoing generation with regard to design and technology. The cabin includes a digital 12.3-inch driver instrument panel, optional color head-up display and wireless phone charging, an eight- or nine-inch infotainment touchscreen as well as app connectivity to keep an eye on battery charge level, pre-heat or pre-cool the cabin, or to schedule charge times when electricity costs less—at night, for example. The usual plethora of active safety devices are also on board, including blind spot monitoring that’s standard across the board. 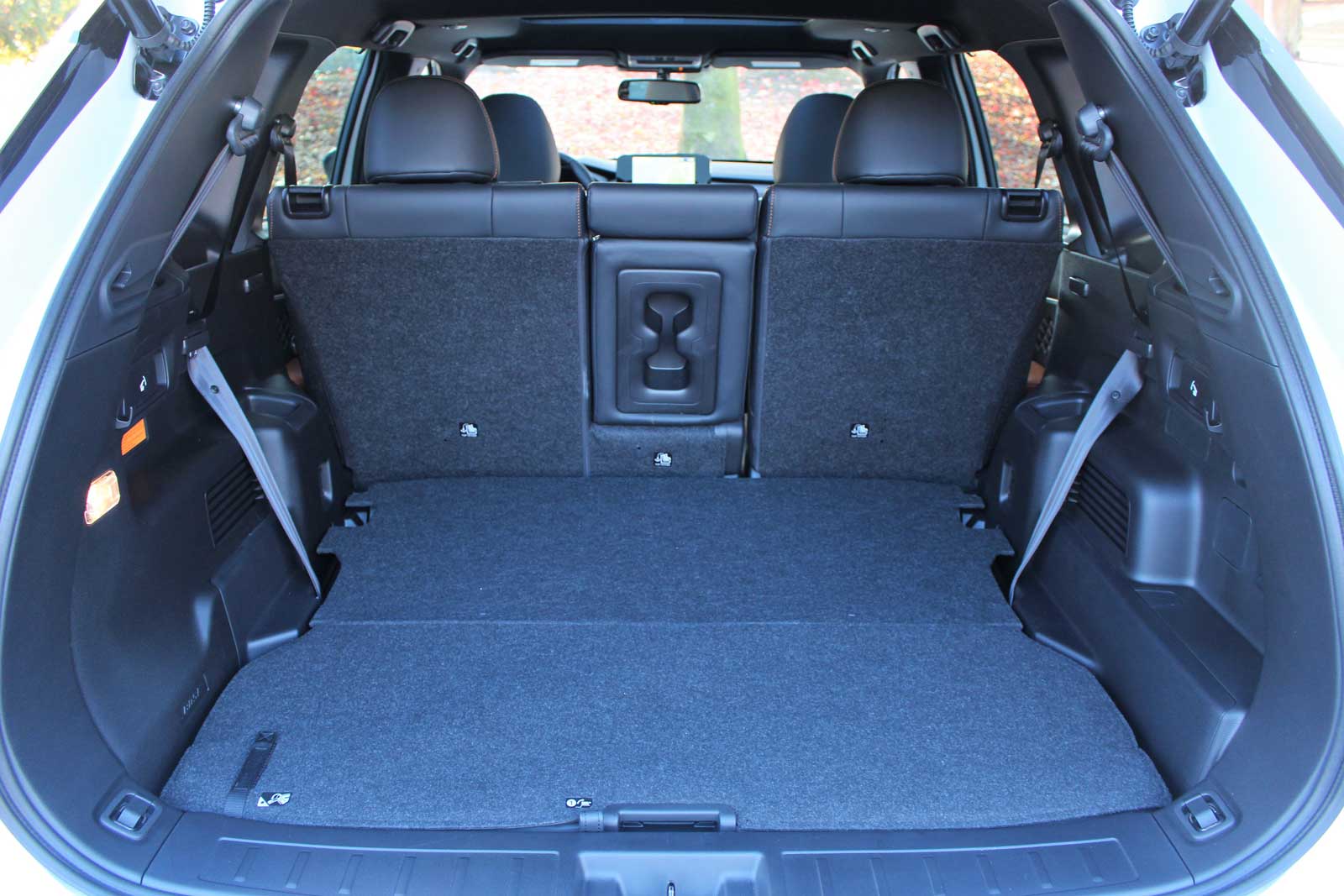 All this interior tech is wrapped in cloth, faux-suede or quilted leather upholstery, depending on the chosen trim level. The overall design is tasteful, fit and finish is quite good in the upper-level trims, and the two first rows offer both comfort and space.

In Canada, aside from the base $48,438 ES S-AWC, freight and delivery charges included, all other variants get a heated steering wheel, a power panoramic sunroof, a power driver’s seat, a power liftgate, three-zone climate control, navigation, the nine-inch touchscreen and an intelligent key system. The LE S-AWC is actually a good deal at $53,138. Mitsubishi Canada likes to point out that the $55,948 SEL S-AWC is also a strong contender with 20-inch wheels, heated second-row seats and driver’s seat position memory, while the $56,538 GT S-AWC gets nice-to-have, but non-essential features such as auto headlamp levelling, a Bose nine-speaker stereo, a stop-and-go function for the adaptive cruise control, rear-door sunshades and an optional black constrasting roof. However, a front-seat massage feature and two-tone semi-aniline leather are only available on the GT Premium S-AWC we tested—bumping the price to $58,948. Luxury-brand shoppers thinking of moving down to a mainstream-branded crossover shouldn’t be embarrassed driving around in a well-equipped Outlander. 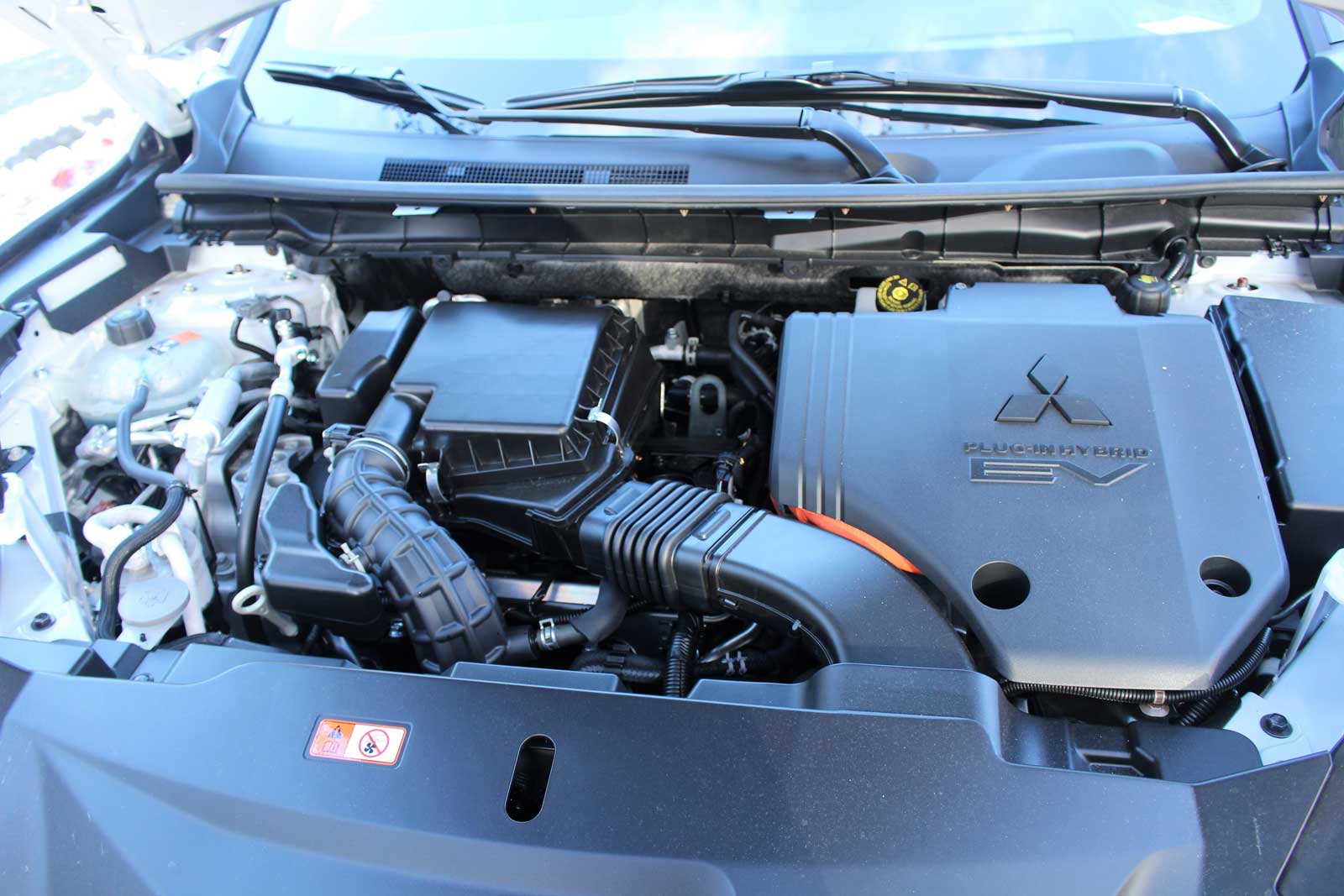 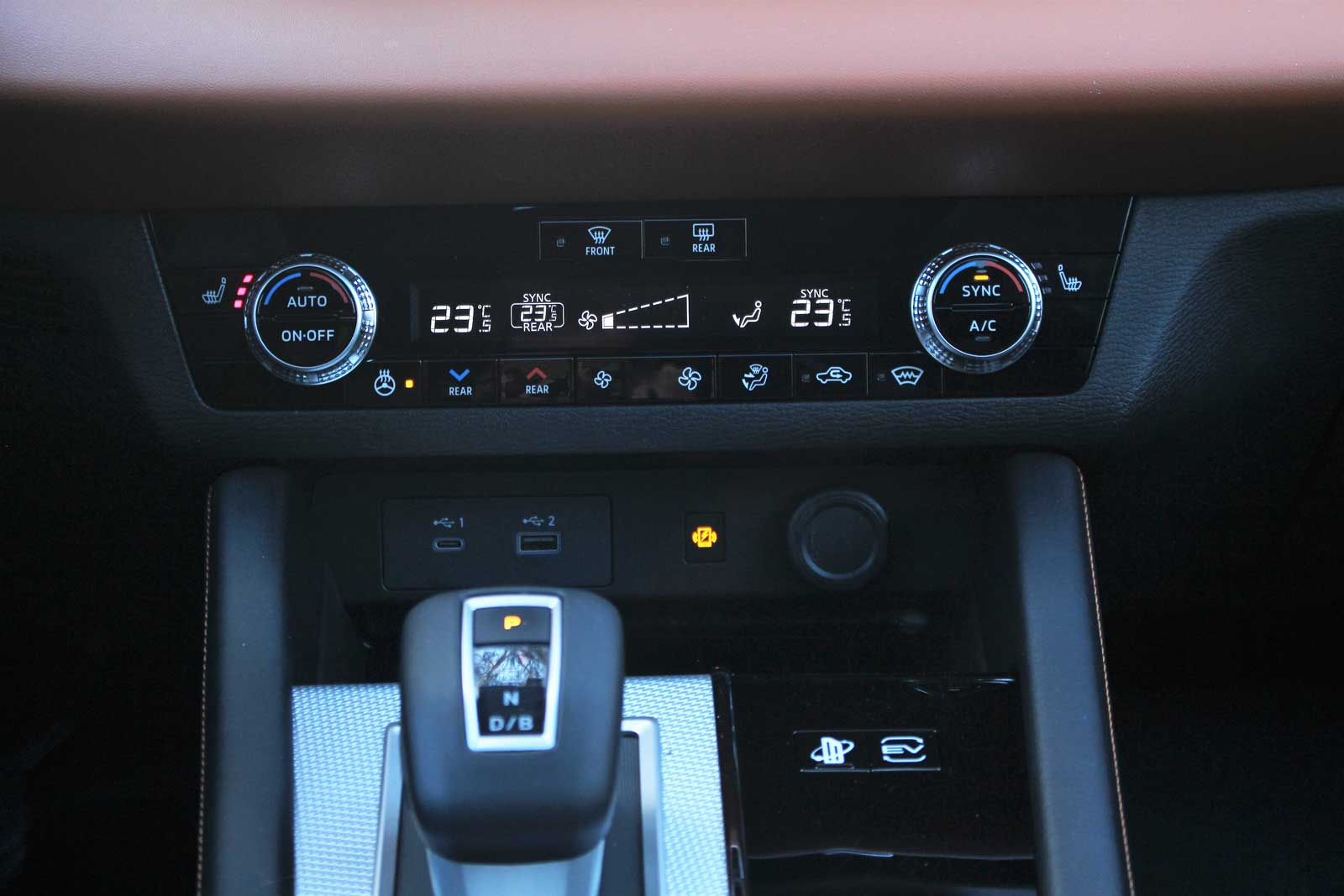 The 2023 Mitsubishi Outlander PHEV does everything well without sending rival automakers back to their drawing boards, although there are some things to consider here. It’s got room for seven, it’s competitively priced and it can get us around town without burning a drop of fuel—rain, shine or slush. Most importantly, it’s much-improved over the first-generation Outlander PHEV, with greater range, a more refined drive and more power. On the other hand, its fuel consumption is higher than those of the competition, which means we have to plug in every time we get home to fully exploit the EV capabilities. If we’re not quite ready to take the full EV plunge yet, the Outlander PHEV is worth a look as an energy-efficient family hauler.

The automaker will provide hybrid powertrains for the Oracle Red Bull Racing and Scuderia Alfa Tauri teams from 2026. Red Bull Powertrains will...
Read more
Previous articleThe Second Generation of the Volkswagen ID.3 will be Unveiled Next Spring.
Next articleBMW M CEO Says There is Room for an M4 CS: Report