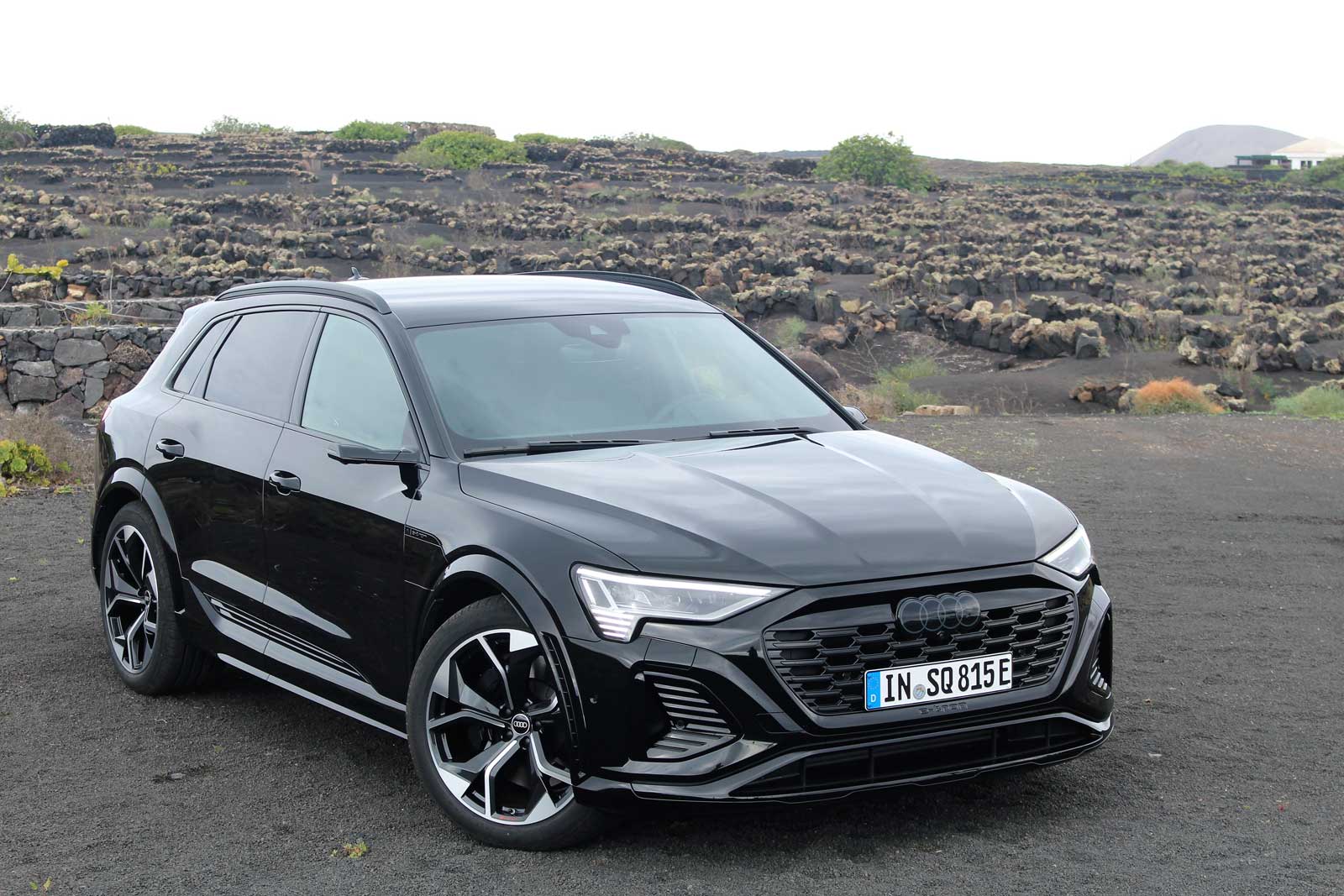 After five years on the market, the German brand finally gave its first mass-production electric vehicle an identity. The e-tron quattro becomes the 2024 Audi Q8 e-tron in both SUV and coupe-like Sportback body styles, ushering in not only an hierarchical position in the lineup, but some performance and efficiency improvements as well.

Yes, there’s already a Q8 in Audi’s internal combustion-engined portfolio, and simply put, they don’t have much in common. They ride on different platforms, and while both can be ordered in Q8 and hotter SQ8 variants, the ICE crossover is also available in beastly RS Q8 configuration. There is no such option for the electric Q8. 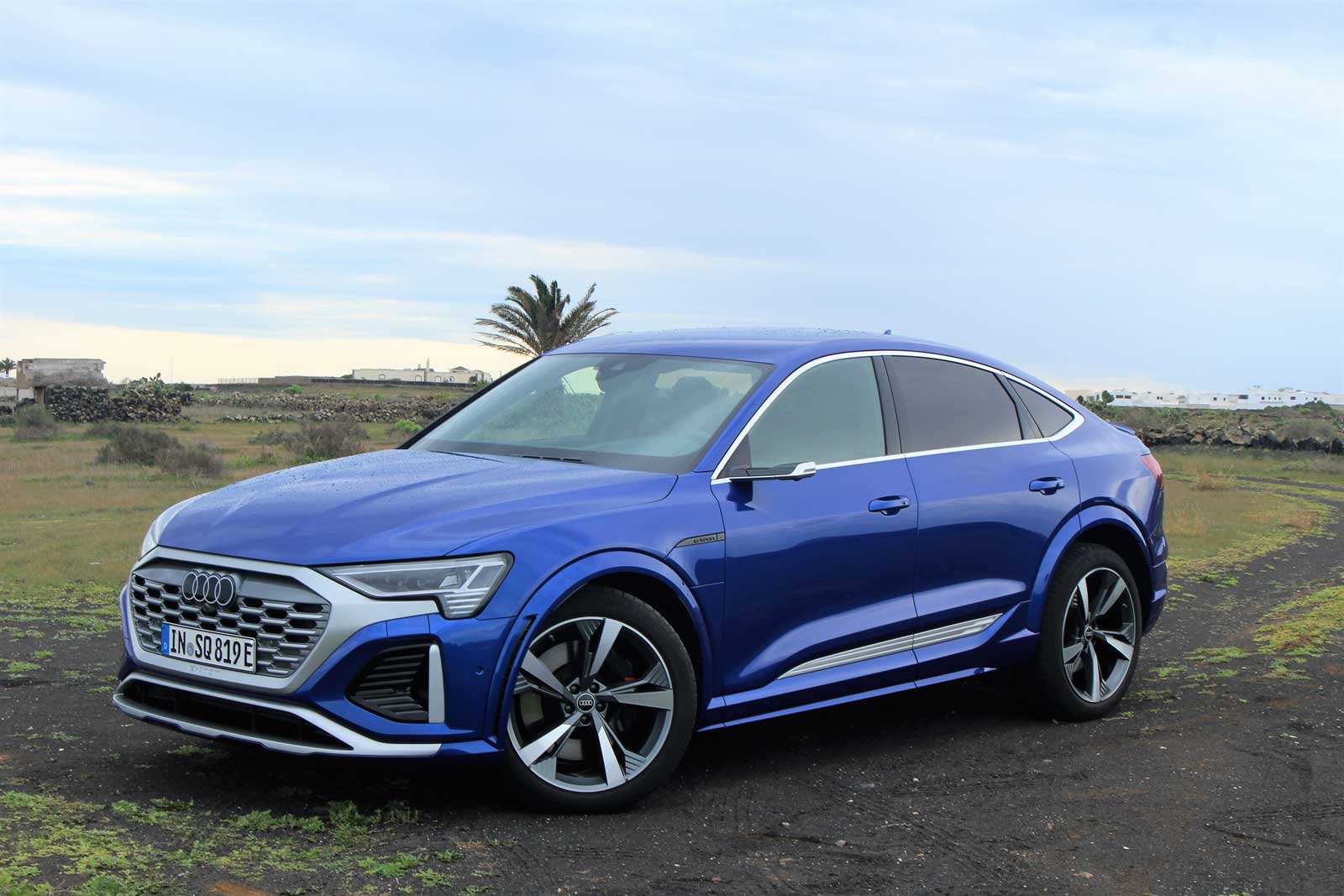 Output hasn’t changed, but driving range has. Thanks to a bigger, 114 kWh battery pack (106 kWh usable), but also a lowered drag coefficient and more efficient power management, the Q8 e-tron gets a 32% percent range increase, according to the WLTP test procedures used in Europe. That means a range hike from 441 to 582 kilometres for the SUV and from 453 to 600 km for the Sportback. The SQ8, formerly known as the e-tron S, gets similar gains as the SUV sees its range climb from 374 to 494 km, while the SQ8 Sportback e-tron’s range shoots up from 379 to 513 km. 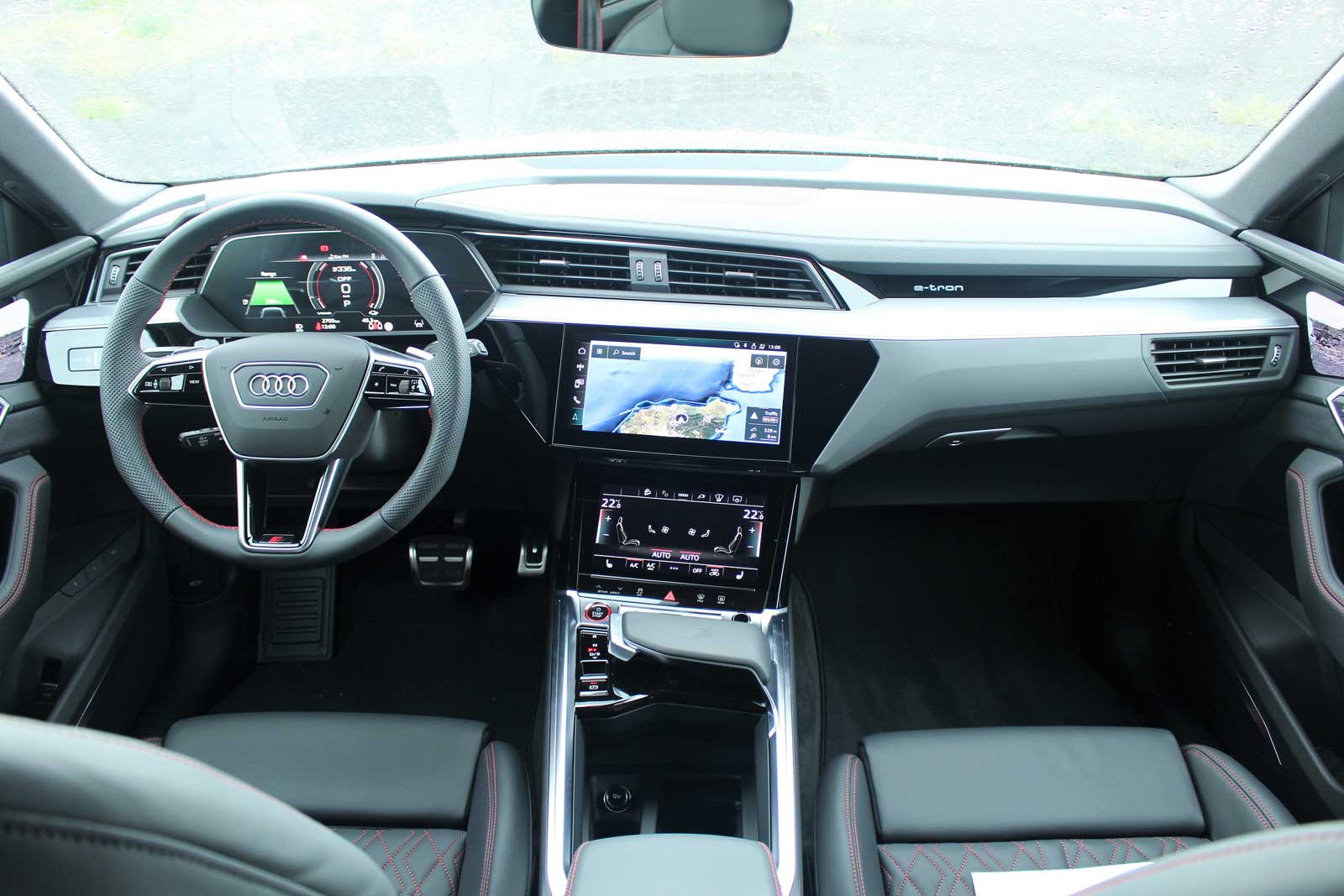 Official EPA and NRCan numbers have yet to be published, but a 30% increase would mean the Q8 e-tron would offer about 300 miles or 475 km. That’s more in line with customer’s expectations, but still behind what most of the competition’s EVs can achieve. That competition, by the way, includes the Cadillac Lyriq, the Jaguar I-PACE, the BMW iX and the Tesla Model Y. More will come, of course.

Maximum charging speed has increased from 150 to 170 kW, so despite the bigger battery pack, waiting times on a DC quick charger haven’t really changed—if we find a charger that can handle that capacity. Audi claims a 20 to 80 percent juice-up in as little as 26 minutes, and a 10 to 80 percent refill in 31 minutes. 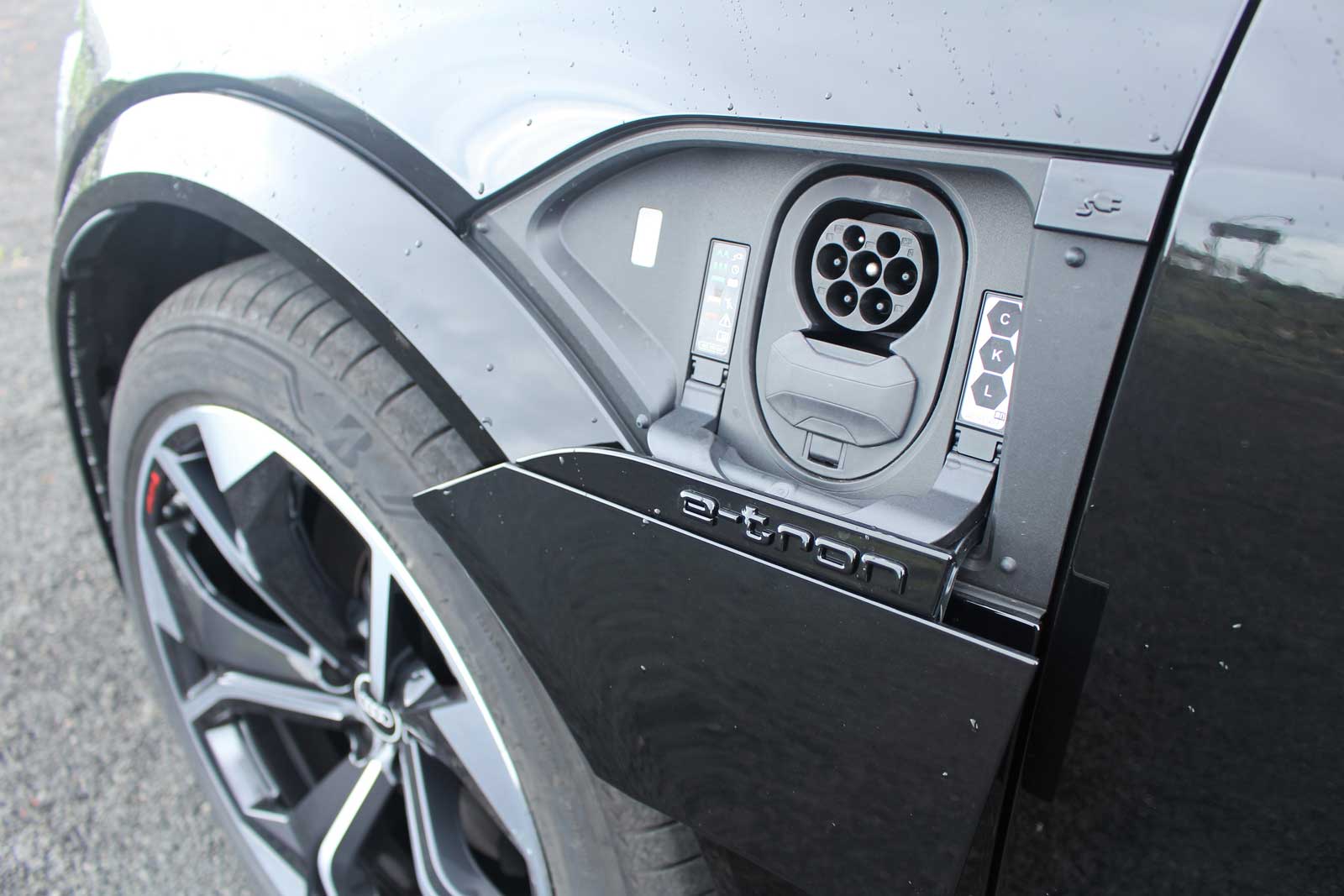 The 2024 Audi Q8 e-tron also gets sharper handling characteristics compared to the outgoing e-tron quattro. The company boasts improved steering feel, reduced pitch and roll, stiffer front axle control arm bushings and revised chassis control systems (stability control, electronic chassis, air suspension), all leading to a more engaging drive than before. The Q8 e-tron still can’t completely hide its 5,500-pound (2,500-kg) curb weight—the SQ8 even packs an extra 300 pounds—but now strikes a better balance between ride comfort and sportiness. On the other hand, on the roads surrounding Lanzarote in the Canary Islands, where the media drive was held, we have not encountered a single bump or crack in the pavement. Maybe one or two, tops.

The Q8 e-tron is more aerodynamic, but the overall design was refreshed as well. There’s more LED lighting up front, a new front bumper and a revised rear diffuser, while the S line package adds Magnet Grey gloss or black accenting. The SQ8 variants boast a 20-mm wider stance with wheel arch extensions and fatter tires, along with Magnet Grey or black accenting and a brushed aluminum rear bumper garnish. 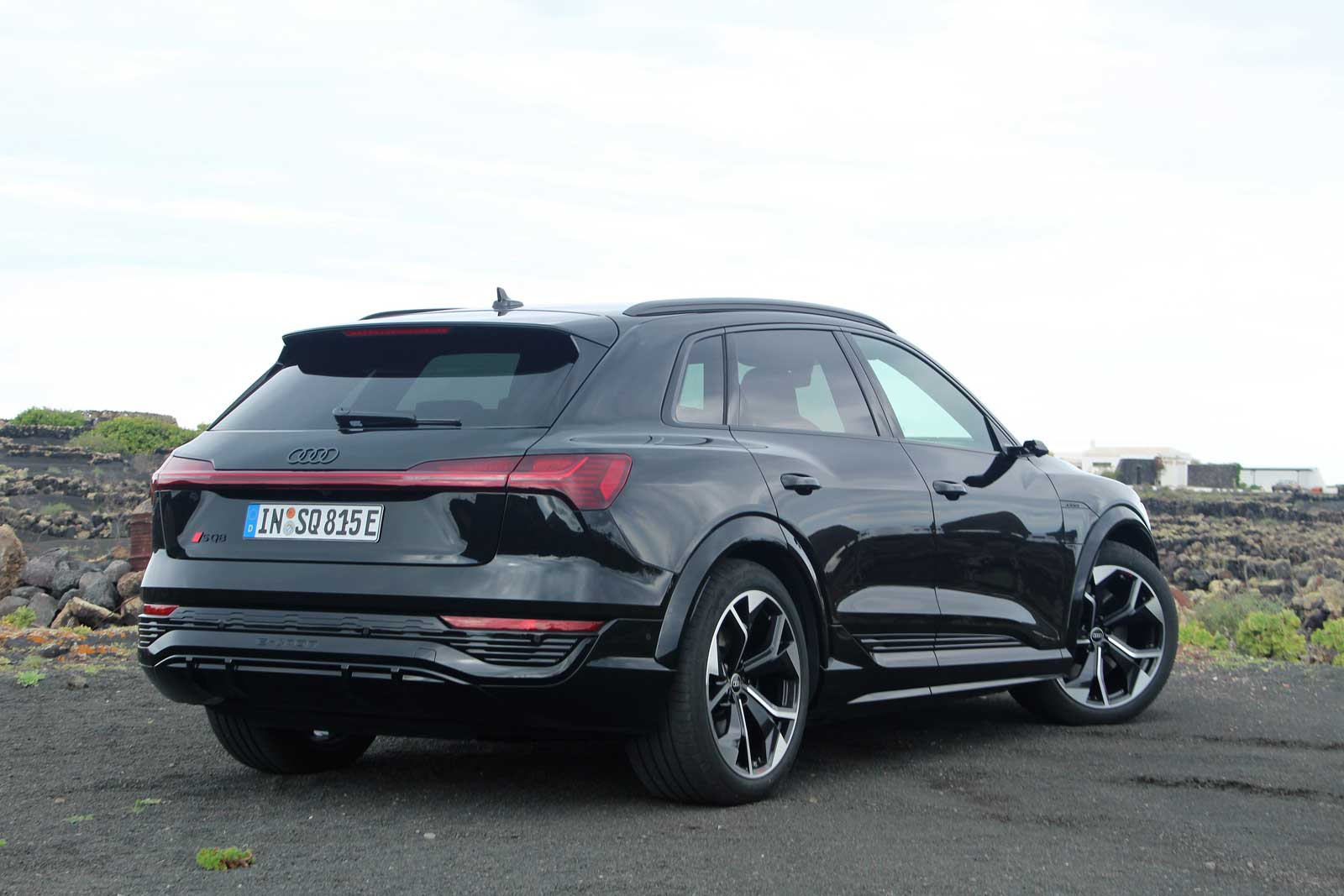 In European markets, the 2024 Audi Q8 e-tron features cameras instead of conventional outside mirrors, the rearward view being presented through door-mounted screens. While merging on a highway or changing lanes, we actually have to look slightly down on the door to see if there’s a vehicle  in our trajectory, which feels very awkward, and it’s difficult to figure out if said vehicle is close or really close. In addition, you still need a camera perch sticking out of each side of the vehicle, which may or may not be cheaper to replace if it breaks or gets hit. We’re all for progress when it comes to increasing road safety, but this feature seems like overkill to us. Since these cameras still do not meet safety regulations on our side of pond, vehicles sold in North American markets will get conventional mirrors.

Inside, there are some changes for the 2024 model year, but the overall design is untouched. Which is good, because it didn’t really need an overhaul. New interior color schemes are offered this year, with graphite inlays in base trims, while contrast stitching on sport seats and matte brushed aluminum accenting highlight the S line package. Meanwhile, an Audi Sport package with red stitching is also now available. Fit and finish is beyond reproach. 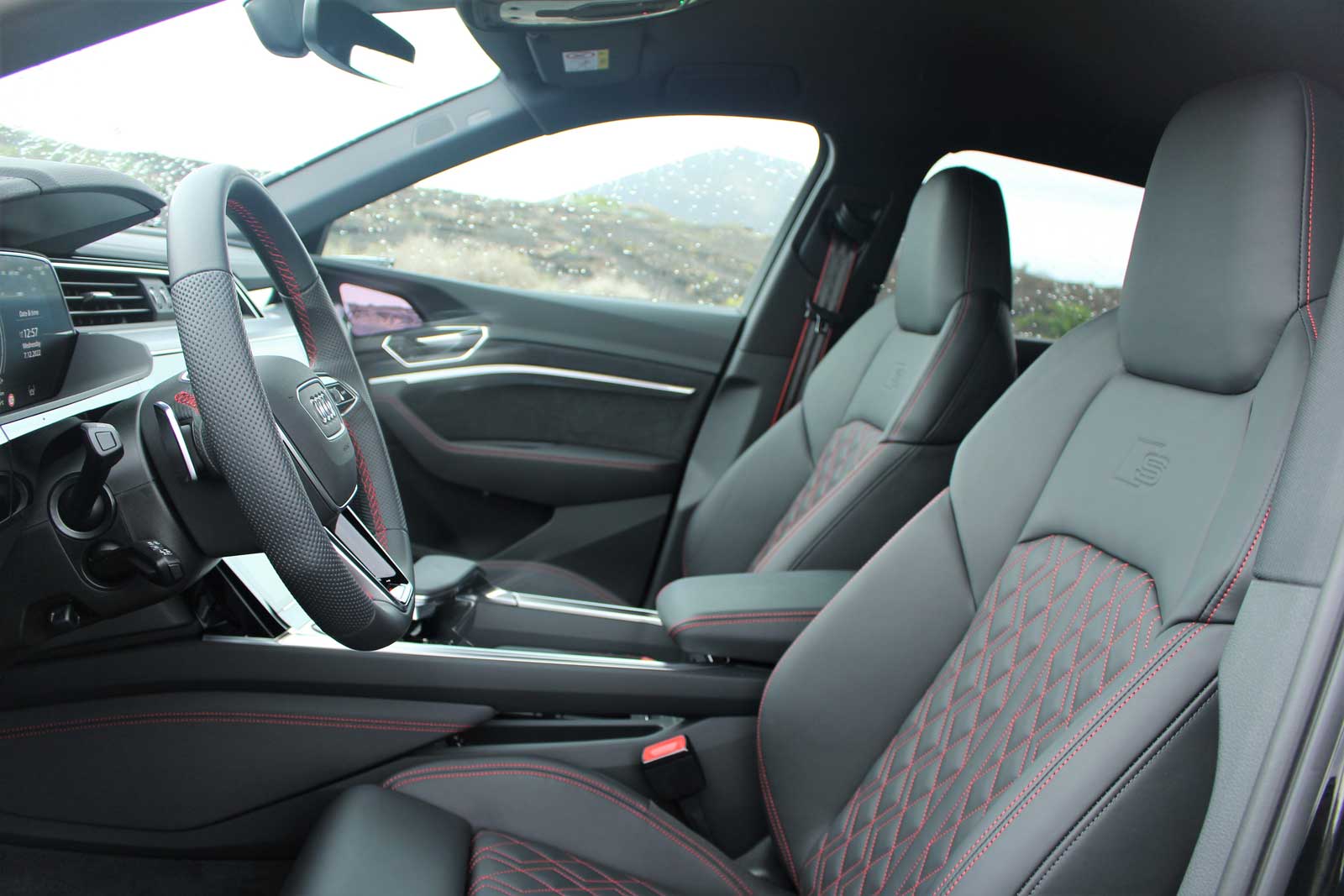 Obviously, there’s a little less headroom inside the Sportback variant, but it’s mostly noticeable when we climb in and out. We wish the rear seatback angle would be adjustable to enhance comfort for long-distances cruises, but it’s not. As for cargo space, the Audi is on the small side with volumes of 569 and 528 litres behind the rear seats of the SUV and the Sportback, respectively. All of its aforementioned rivals are roomier. 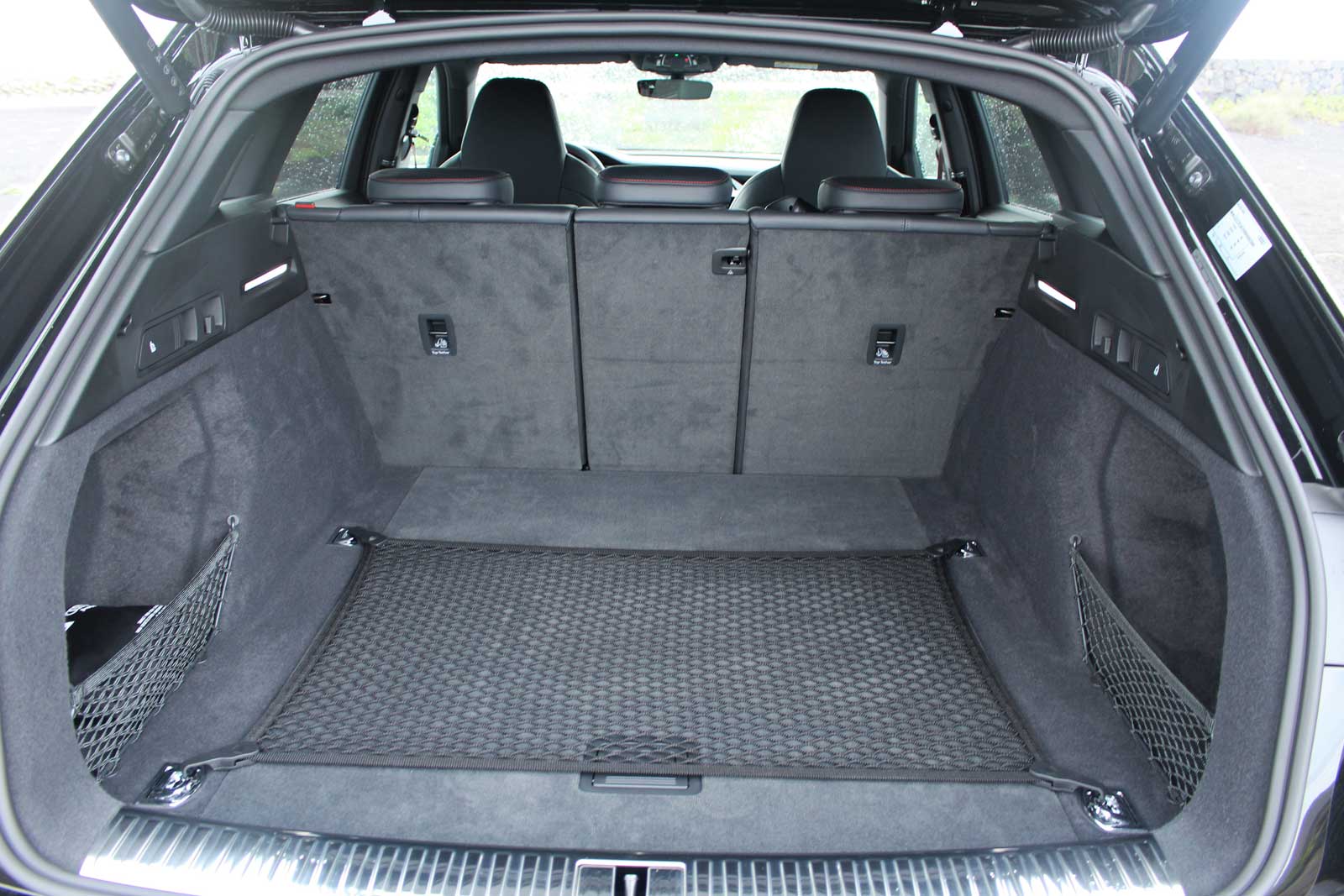 Overall, the Q8 e-tron and Q8 Sportback e-tron serve up sharper driving dynamics, revised styling and, most importantly, increased range over the outgoing eponymous e-tron crossover. They also now get an identity and a hierarchical position in the brand’s lineup as it pursues its transition to electrification over the coming years.

Today is a brighter day for us all. The MX-5 Miata was born in 1990 and will never die. For most, the Mazda MX-5,...
Read more
Previous articleAutomakers Attract Many New Buyers with their Electric Vehicles
Next articleAlfa Romeo wants to focus on quality