Mercedes-Benz is putting its F1 racing expertise and technology into its mainstream compact sedan, as it has revealed the all-new 2024 Mercedes-AMG C 63 S E PERFORMANCE that boasts no less than 671 horsepower.

That’s quite a step up from the outgoing C 63 S and its twin-turbocharged 4.0L V8, which belts out a more-than-respectable 503 horsepower. What’s lurking under the hood of the new C 63 S E PERFORMANCE that makes it so muscular? A four-cylinder engine. 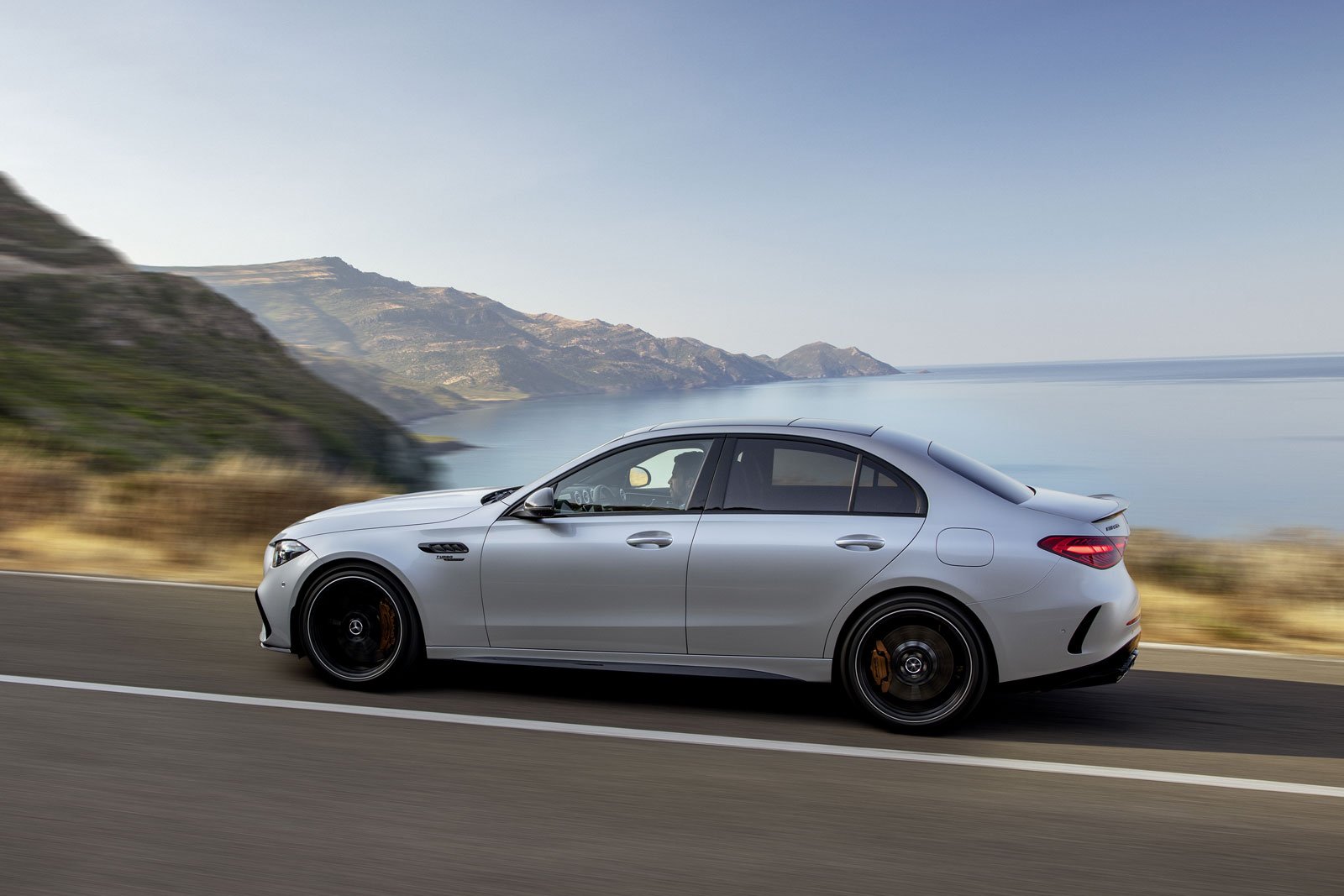 That’s right. The German brand concocted a turbocharged 2.0L inline-four that develops a staggering 469 horsepower and 402 pound-feet of torque on its own. That’s just under 240 hp per litre, and the company claims it’s the most powerful production four-pot on the market. Code-named M139I, the hand-crafted engine is blessed with an electric exhaust gas turbocharger that is said to virtually eliminate turbo lag, and is managed by a new AMG SPEEDSHIFT MCT 9G nine-speed multi-clutch automatic transmission.

The 2.0L engine’s efforts are combined with a rear-mounted electric motor that develops a continuous 94 horsepower, or 201 horsepower and 236 pound-feet of torque for up to 10 seconds at a time. The electric motor is also connected to a two-speed transmission while being fed by a rear-mounted 6.1 kWh battery pack. Total output for the 2024 Mercedes-AMG C 63 S E PERFORMANCE reaches 671 horsepower and an astounding 752 pound-feet of torque. All that brute force is sent to an AMG Performance 4MATIC+ all-wheel drivetrain, which now includes a Drift Mode for extra on-track (recommended) shenanigans. High-speed stability and low-speed manoeuvrability are increased by the new rear-axle steering system, while a set of staggered 19-inch wheels are standard and staggered 20-inchers are optional. 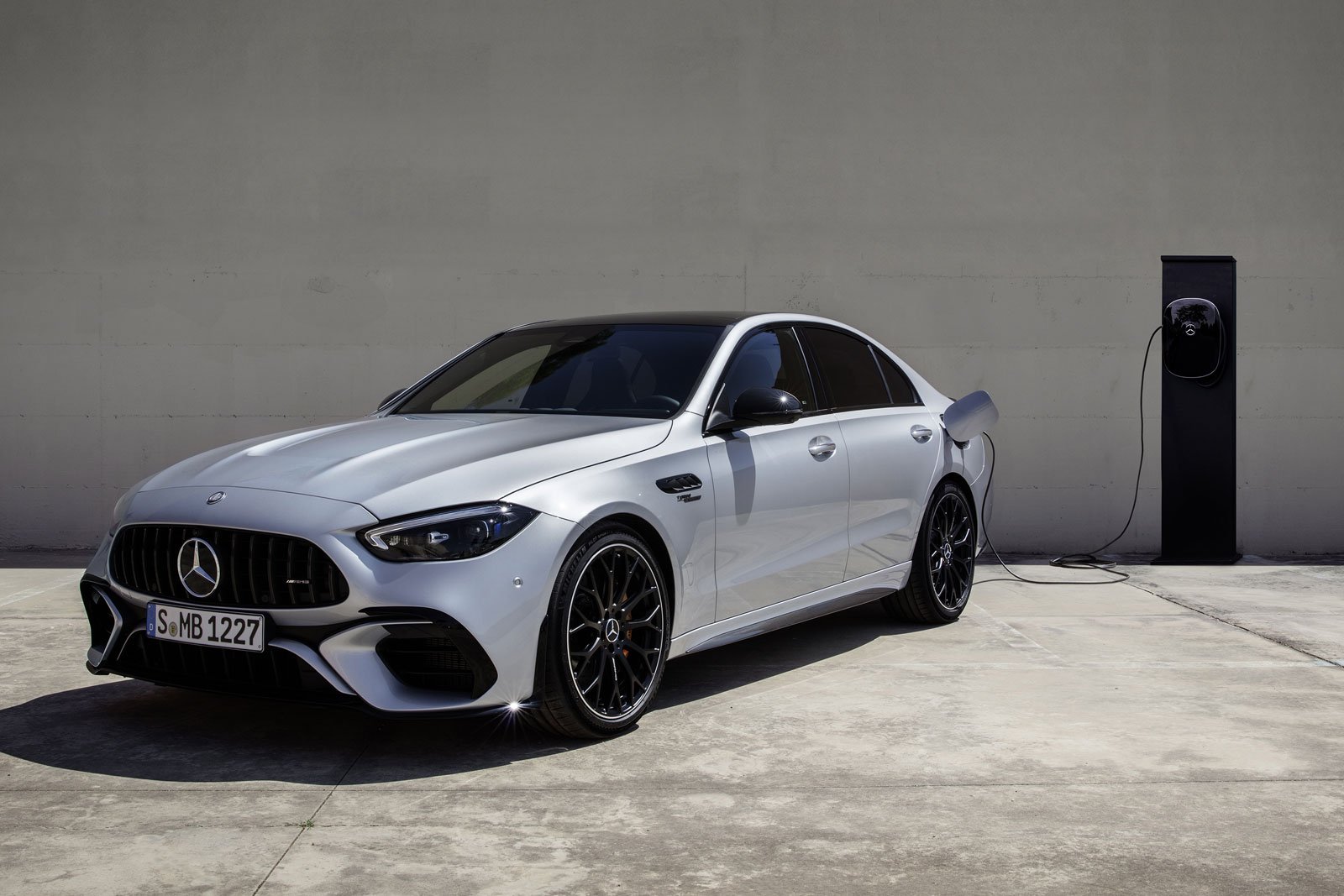 While the electric motor generally powers the rear wheels, if slippage is detected, its energy can be shifted to the front wheels as needed for extra traction. The rear-mounted two-speed tranny shifts into second gear only at 87 mph or 140 km/h. As for the battery pack, it’s calibrated for maximum power delivery instead of maximum range, so the company isn’t flaunting how far the car can go on electric power alone. However, neighbours will appreciate that the C 63 S can be started and driven away on electricity at speeds of up to 81 mph or 130 km/h, instead of them being waken up in the morning by the rip-snorting V8 of the previous-gen sedan. 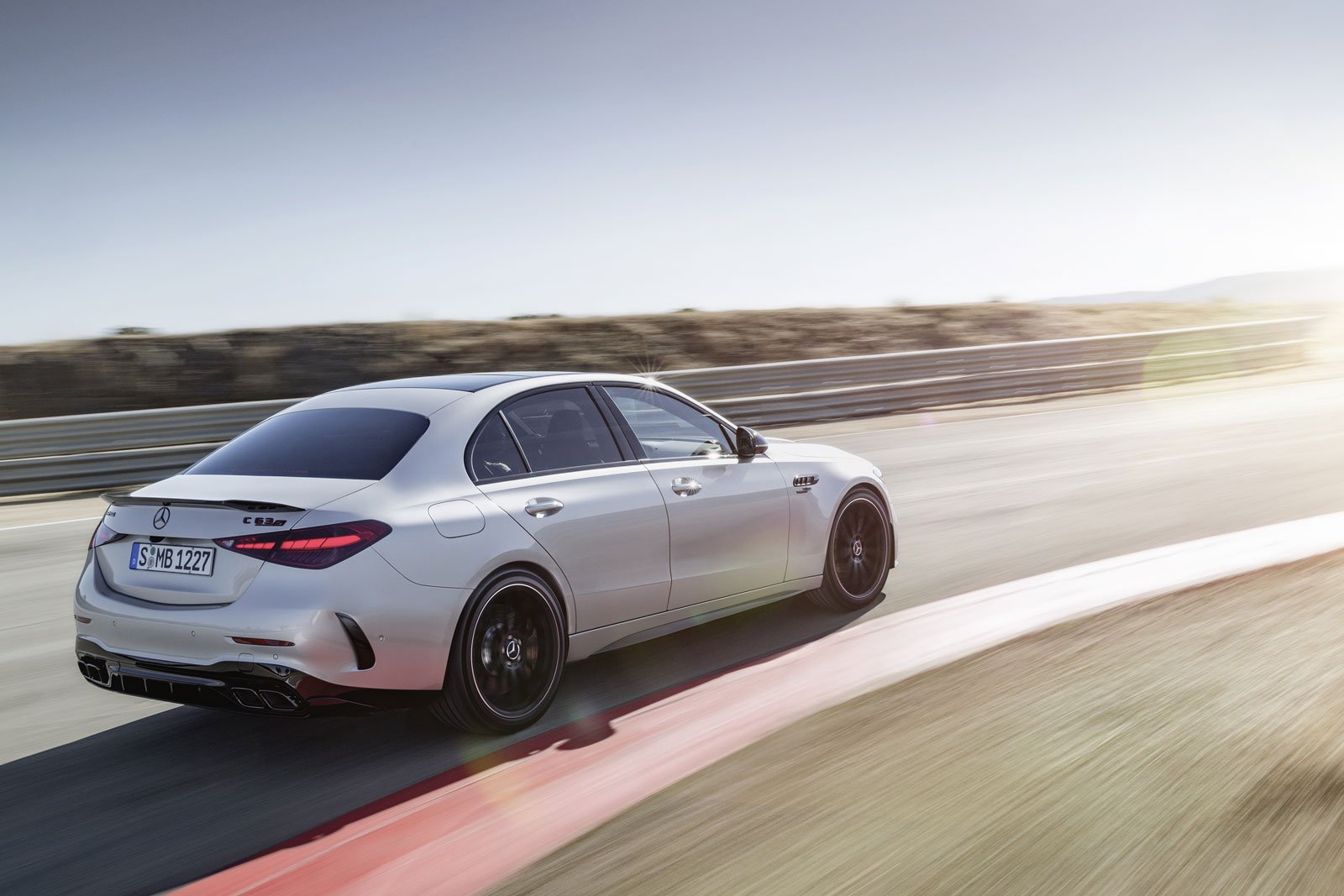 The 2024 Mercedes-AMG C 63 S E PERFORMANCE is available only as a sedan in North American, but other markets such as Europe also get a wagon variant. The AMG crest adorns the car’s hood for the first time in history, as a testament that this is no ordinary Mercedes-Benz C-Class. 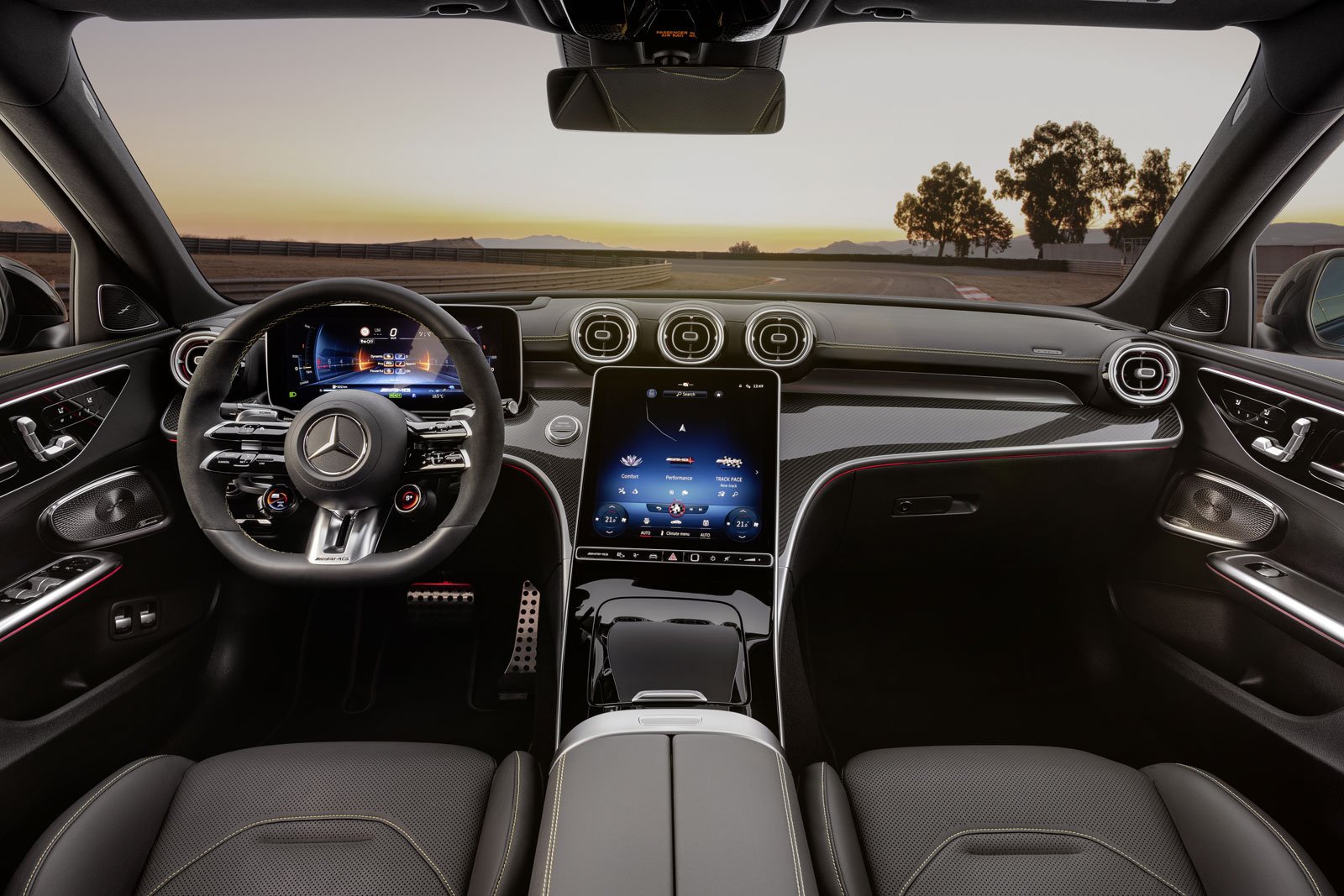 Pricing hasn’t yet been announced, but the 2024 Mercedes-AMG C 63 S E PERFORMANCE should hit North American dealerships in 2023.

Both midsize pickups share the same platform and mechanical elements. The Chevrolet is the only one to offer 2WD and a Work Truck...
Read more
Previous articleThe All-New Volvo EX90 is the Future of Safety Now
Next articleThe Acura NSX Could be Back as an Electric Vehicle in 2026