News 5 Awesome Motorcycles From Someone Who Knows Nothing About Motorcycles

5 Awesome Motorcycles From Someone Who Knows Nothing About Motorcycles 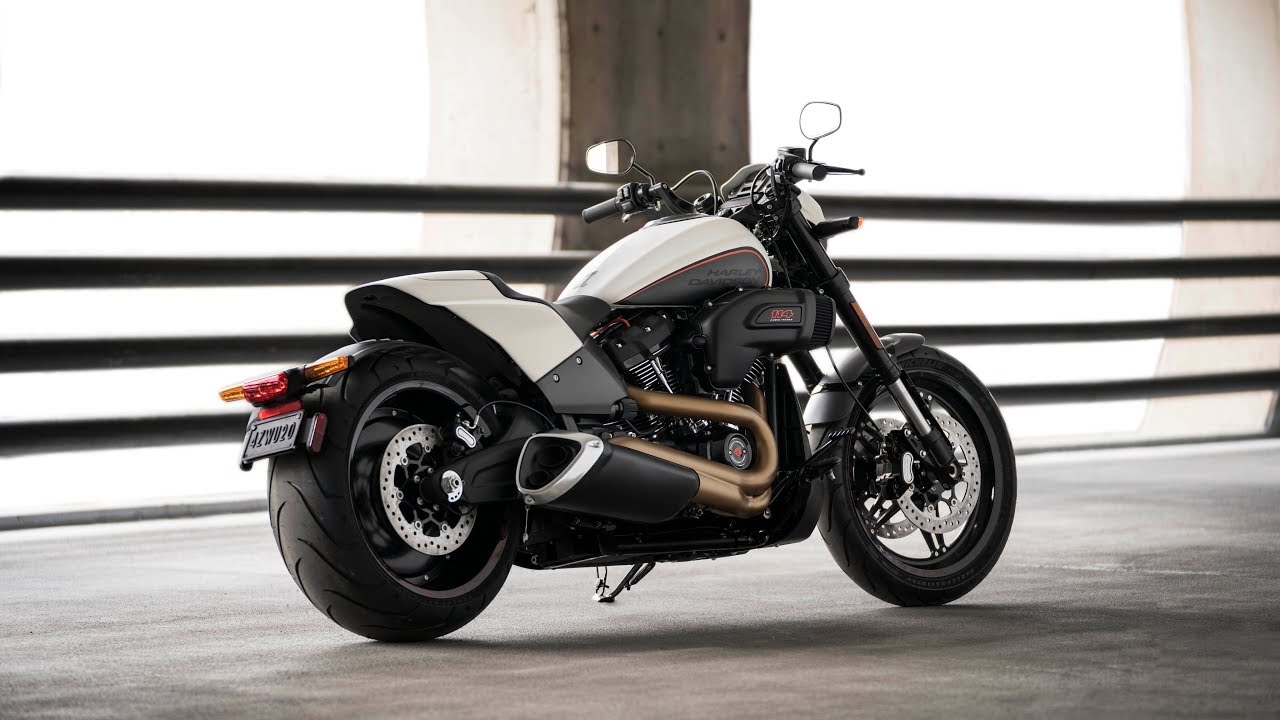 I’m not allowed to ride a motorcycle. My mom who is a neuropsychologist (that means she studies the brain) forbade me from ever getting on a motorcycle for as long as she lived.

Being that I like things that go fast, it’s probably for the best anyway. I’m not a dangerous driver, but I do love to push any high-performance car I get my hands on. I can’t imagine what kind of trouble I would get into if I were allowed to buy something that can reach the posted speed limit on the highway in less than 3.0 seconds for about $15k.

After hearing my mom talk about all the motorcycle-related brain injuries she’s seen over the years, I knew I wouldn’t be allowed to ever buy one, even in my thirties. I should point out here that I’m not a momma’s boy, but I try not to do anything that will cause her to worry.

I was bad enough as a teenager, I don’t need to show up at her front door in a deafening crotch-rocket. Anyway, all this to say that I’ve never really paid attention to the motorcycle industry.

Sure, I know Yamaha, Honda and Kawasaki are pretty big. I also know that on a motorcycle is the only place you can still find a Suzuki emblem in North America. Oh, I think I figured out that Ducati is a pretty cool bike.

The coolest-looking bikers seem to be riding Ducatis, that’s all I know from my neophyte viewpoint.

More importantly, I know that whatever car I’m driving on a given week, I have no chance against a motorcycle at a red light. I can be in a McLaren 570s, a Porsche 911, a Dodge Challenger Hellcat or even a Tesla Model S, I’m pretty much screwed.

I name these cars specifically because I had a motorcycle encounter in each one and each time, I gracefully let sir or madam go ahead. In other words, I know my place.

With that said, I have come up with a list of 5 motorcycles that I think are the best. Why? Because they look really badass. They may all suck, but I’d like to roll up in one somewhere. 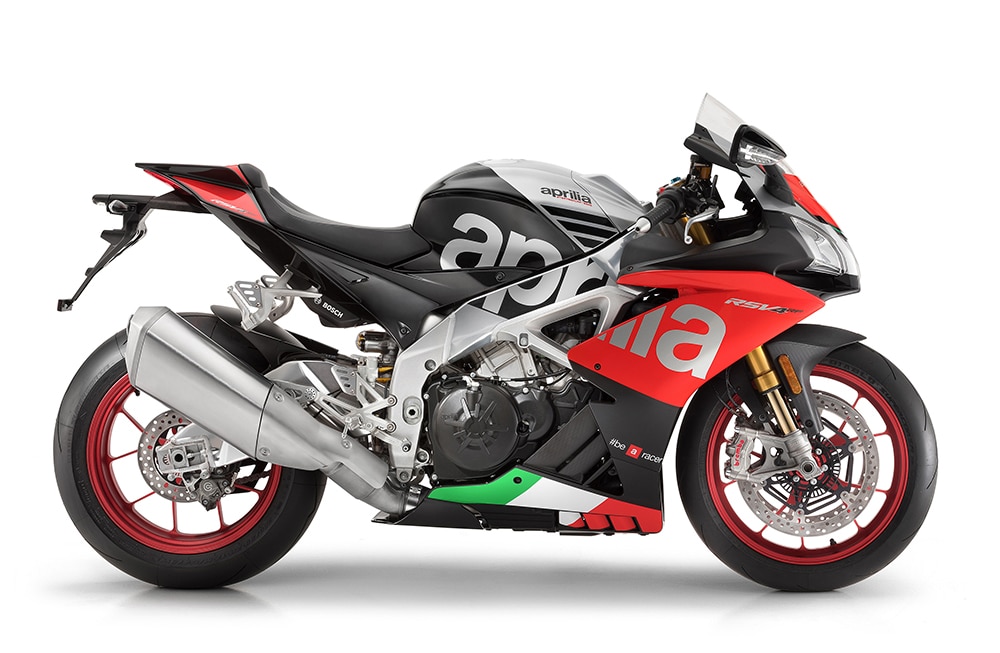 Here’s a prime example of a bike that looks like it wants to kill you, but there’s something about that Italian flag on the bottom of the bike that looks so crazy. Anything looks good with an Italian flag, let’s be honest. And Aprilia seems to be a bit more exclusive than most, no?

It’s part of the Softail family which I think means they are more comfortable and they have a really cool, clean look to them. I especially like the off-white/bronze/brown/orange combination. 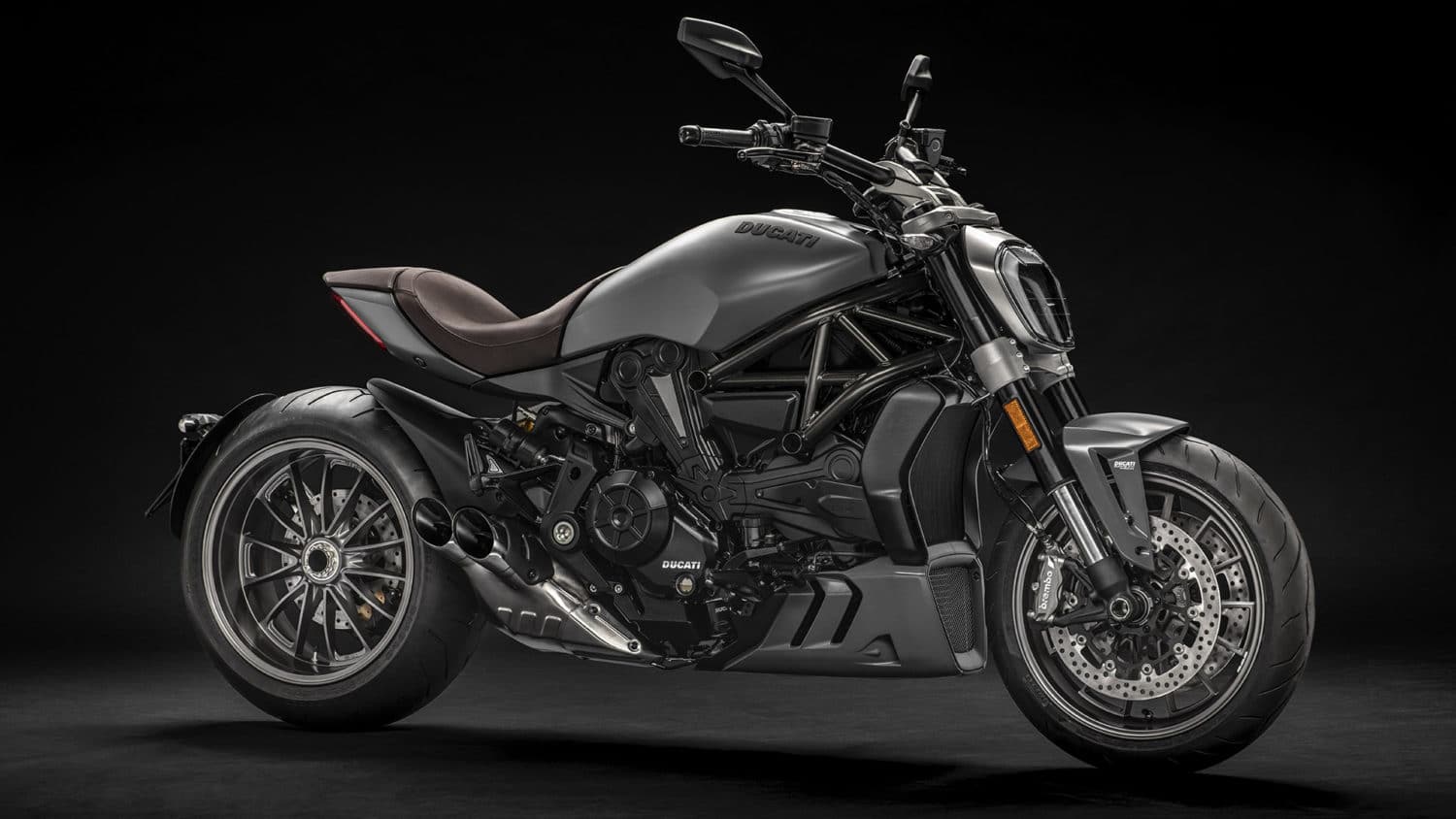 I’d probably go for the XDiavel S, but the “regular” XDiavel would work too. Man, I love that exposed rear wheel and that low, long look that’s kind of like the FXDR 114, but even better. 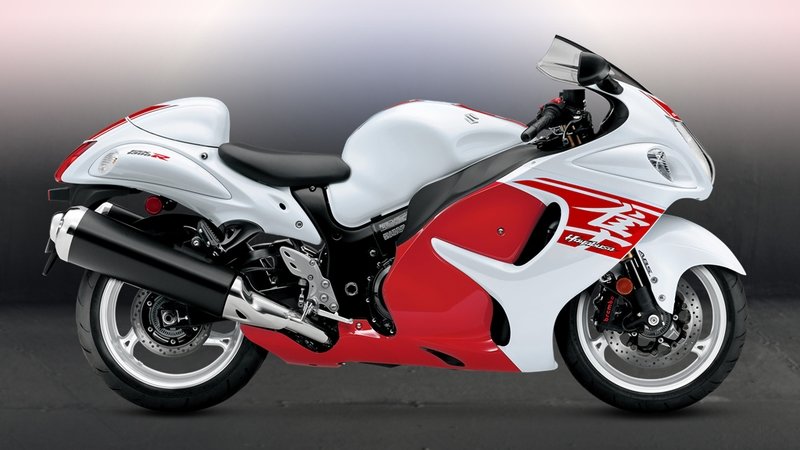 I couldn’t quite remember the name, so I typed “Kawasaki Hayabusa” in Google. So much for that. Then I just typed “Hayabusa”. Oh, that’s right, it’s a Suzuki. I knew that. Anyway, I don’t know if they still make it, but this is the one bike that stands out in my mind when I think of how faster bikes are compared to cars. 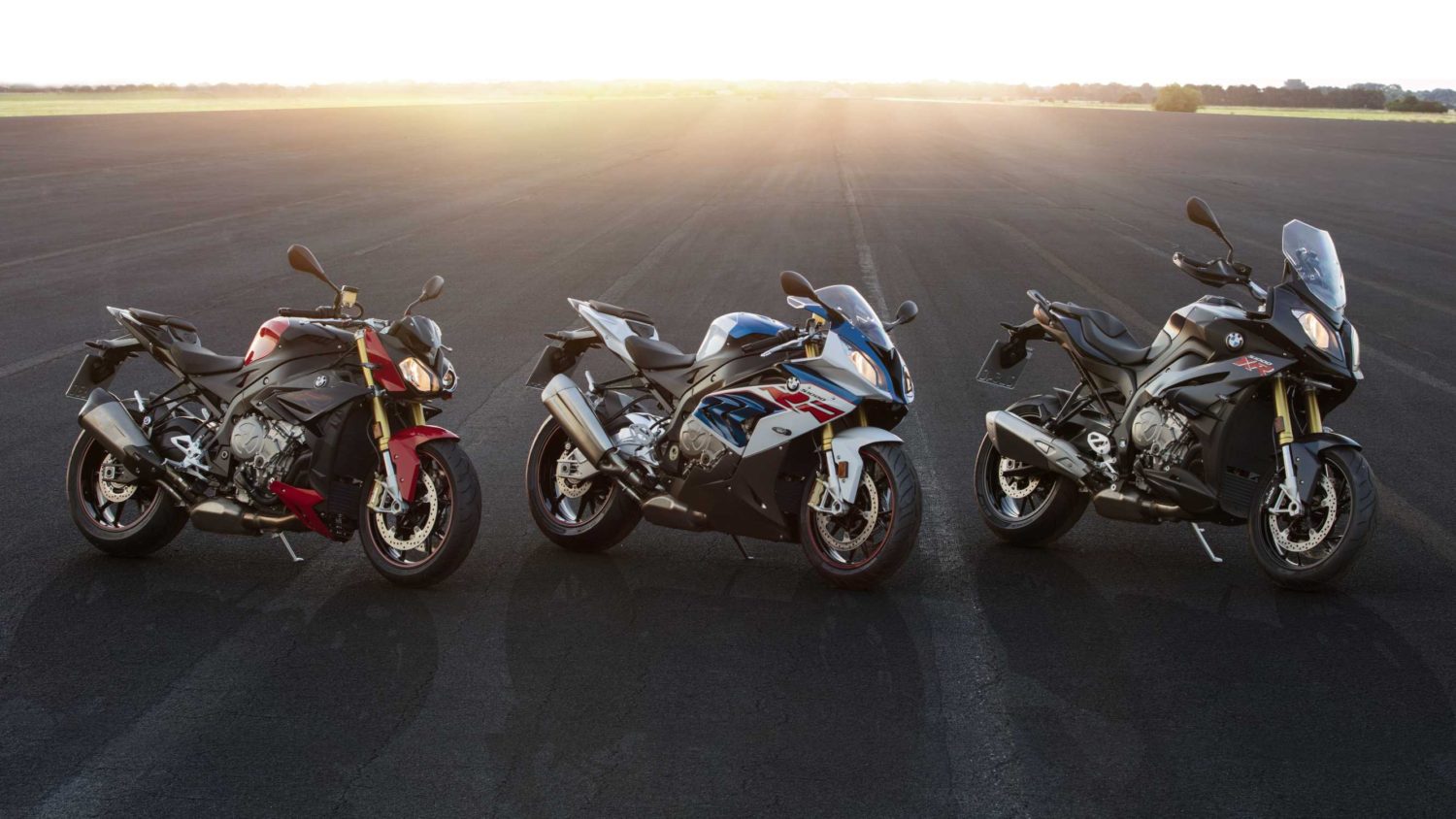 I’m kind of a German car guy. I like Porsche, Mercedes-Benz, Audi and BMW. So, if I had to choose a motorcycle, I’d probably look to BMW first and from all the bikes in their collection, I think the S1000RR would stand out (it’s the one in the middle, there). It’s apparently wicked fast or at least it looks like it’s wicked fast, and I like the red-white-blue available paint job.

I’m sure there are better bikes out there, but these five are my amateur favorites. I’m also partial to MV Augusta because the name sounds great and the bikes look insane, but I couldn’t seem to find a dealer within a thousand miles from where I’m writing this story.

And finally, here’s a style I don’t like. It’s a picture of a BMW, but any “Touring” bike would fit here. What’s up with that little box? And why is the thing bigger than a Nissan Micra? It’s like a bike with cargo space. Why? Either buy a motorcycle with no cargo capacity whatsoever or buy a car. Do people really try to have both? 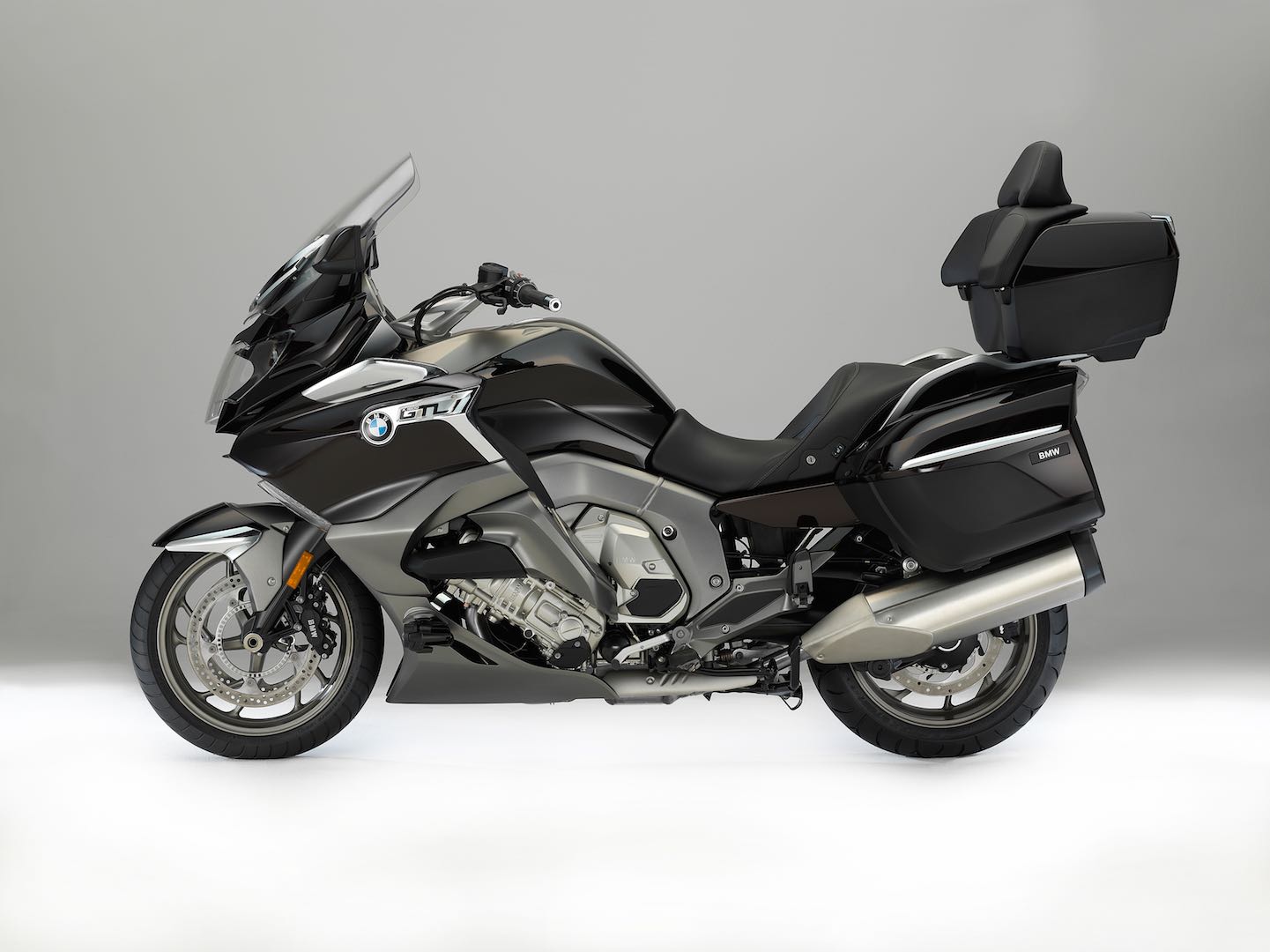 The Lightyear 0 entered production less than two months ago. The company says it has no choice other than to stop production to...
Read more
Previous articlePorsche Taycan Exhaust Sounds Off on the Nurburgring
Next articleNew Plug-In Hybrid Version Added to 2020 Subaru Crosstrek