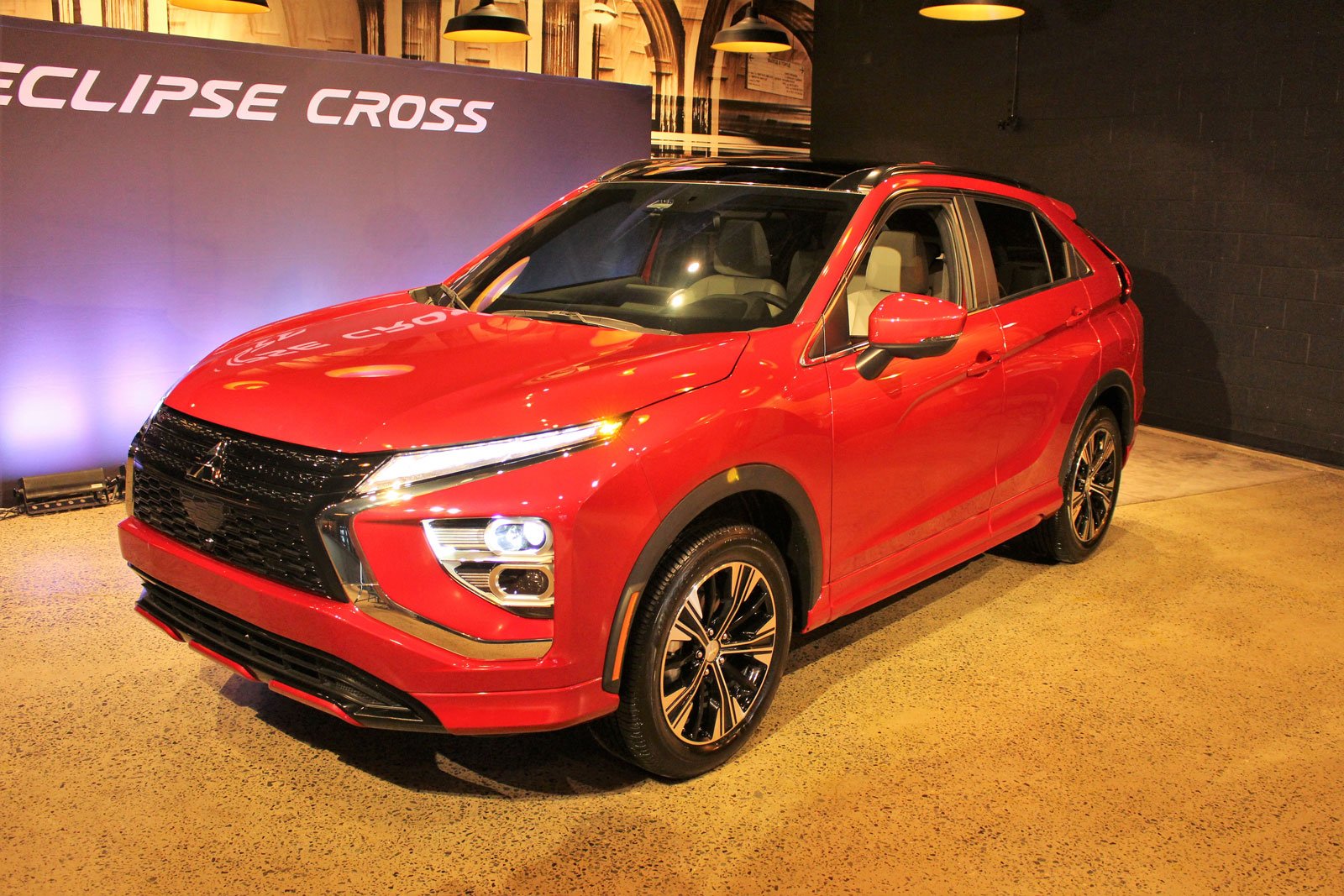 Small, but notable improvements inside and out.

Every mainstream manufacturer has at least one compact crossover model in its North American lineup, and understandably so with such sales potential. This is where we’ll find the 2022 Mitsubishi Eclipse Cross.

Actually, the Japanese brand has two models in this battlefield of a category. In addition to the Eclipse Cross “four-door coupe,” there’s the Mitsubishi Outlander which will benefit from a full redesign for the 2022 model year. 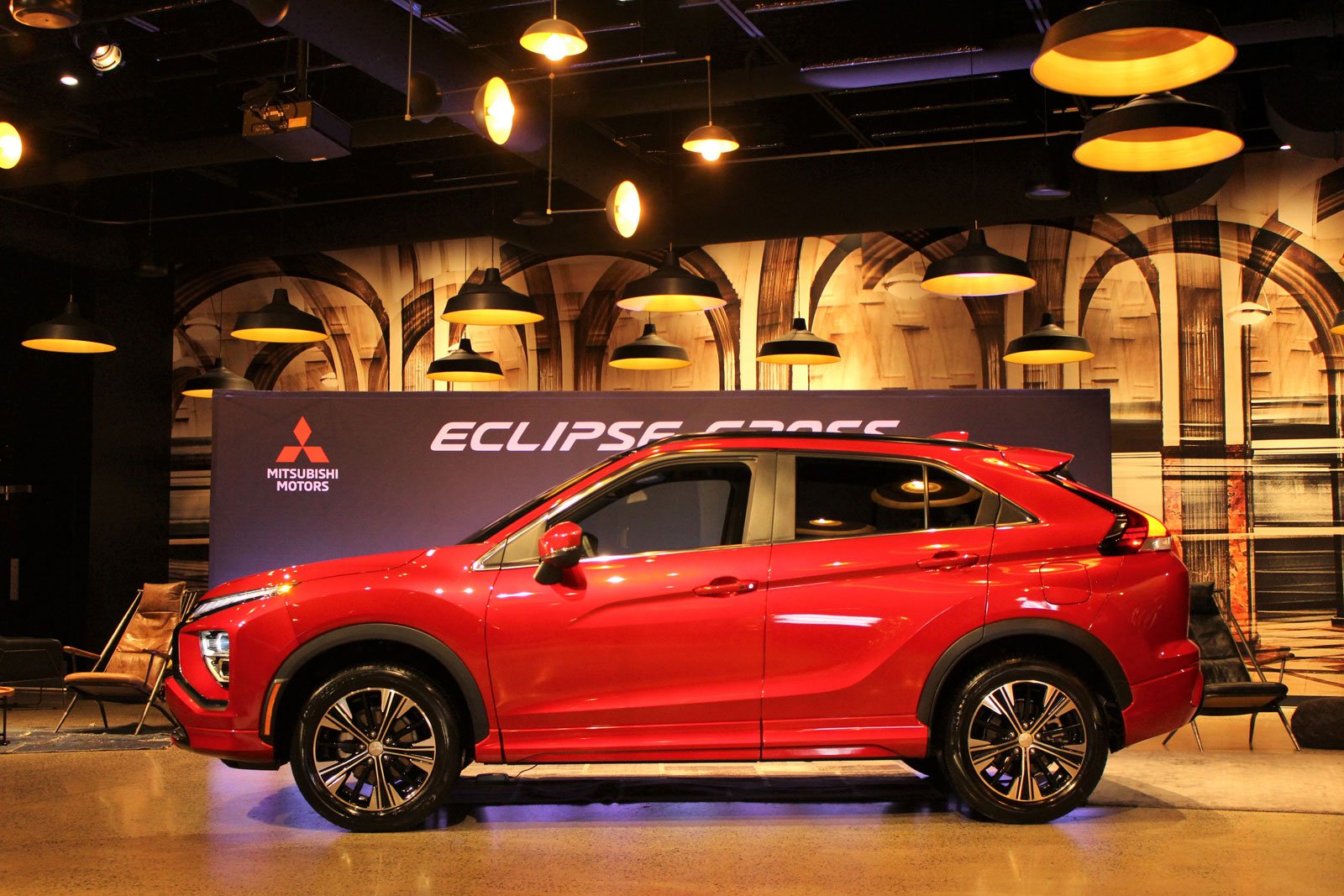 The 2022 Eclipse Cross’s changes won’t be nearly as exhaustive, but they’re still noteworthy as they address some criticism the crossover has received since its introduction for the 2018 model year. So far, 247,000 units have been sold worldwide, and although the automaker initially planned on hooking existing customers trading in their Mitsubishi Lancer in our market, it was surprised to learn that 74% of Eclipse Cross buyers were actually new to the brand. The crossover represents 18% of overall sales in Canada so far in 2020, but only 12% in the U.S.

For starters, it arguably looks better. The rear end of the vehicle has been reshaped with a longer rear overhang, which diminishes its overall stubbiness. The Eclipse Cross is now 5.5 inches (140 millimetres) longer, the vast majority of which has been applied to the liftgate and the rear bumper. In addition, there’s one single rear window instead of the previous two, which improves outward visibility, flanked by new taillight clusters. Cargo space is up from 640 to 663 litres with the rear seats up. 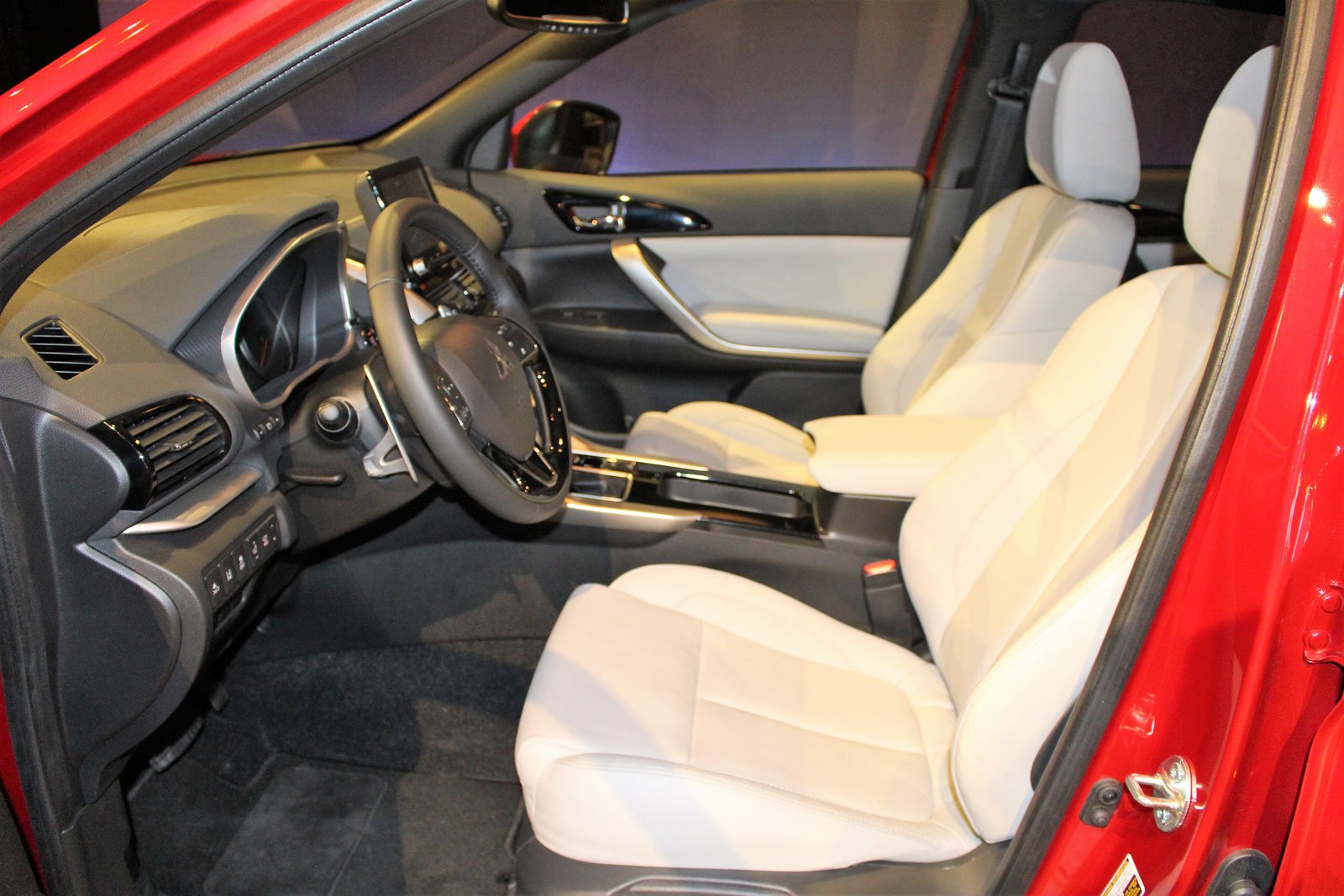 Up front, the headlights have been moved from the uppermost light clusters to lower in the fascia, trading places with the turn signals. The signature Dynamic Shield design has been updated and sharpened, and there’s a new lower bumper as well.

Other exterior changes include new alloy wheel designs and a new paint colour called White Diamond which, according to the Mitsubishi, flaunts “the brilliant white of a pearl combined with a metallic shadow, adding a gorgeous shimmer that feels like part of the styling.”

Inside, the 2022 Mitsubishi Eclipse Cross features a new infotainment system with an eight-inch touchscreen that’s positioned closer to the front-seat occupants, while Apple CarPlay and Android Auto integration are available. There’s physical volume and tuning dials on the screen bezel—a welcome addition—while the console-mounted touchpad is gone, which was difficult to use while driving anyhow. 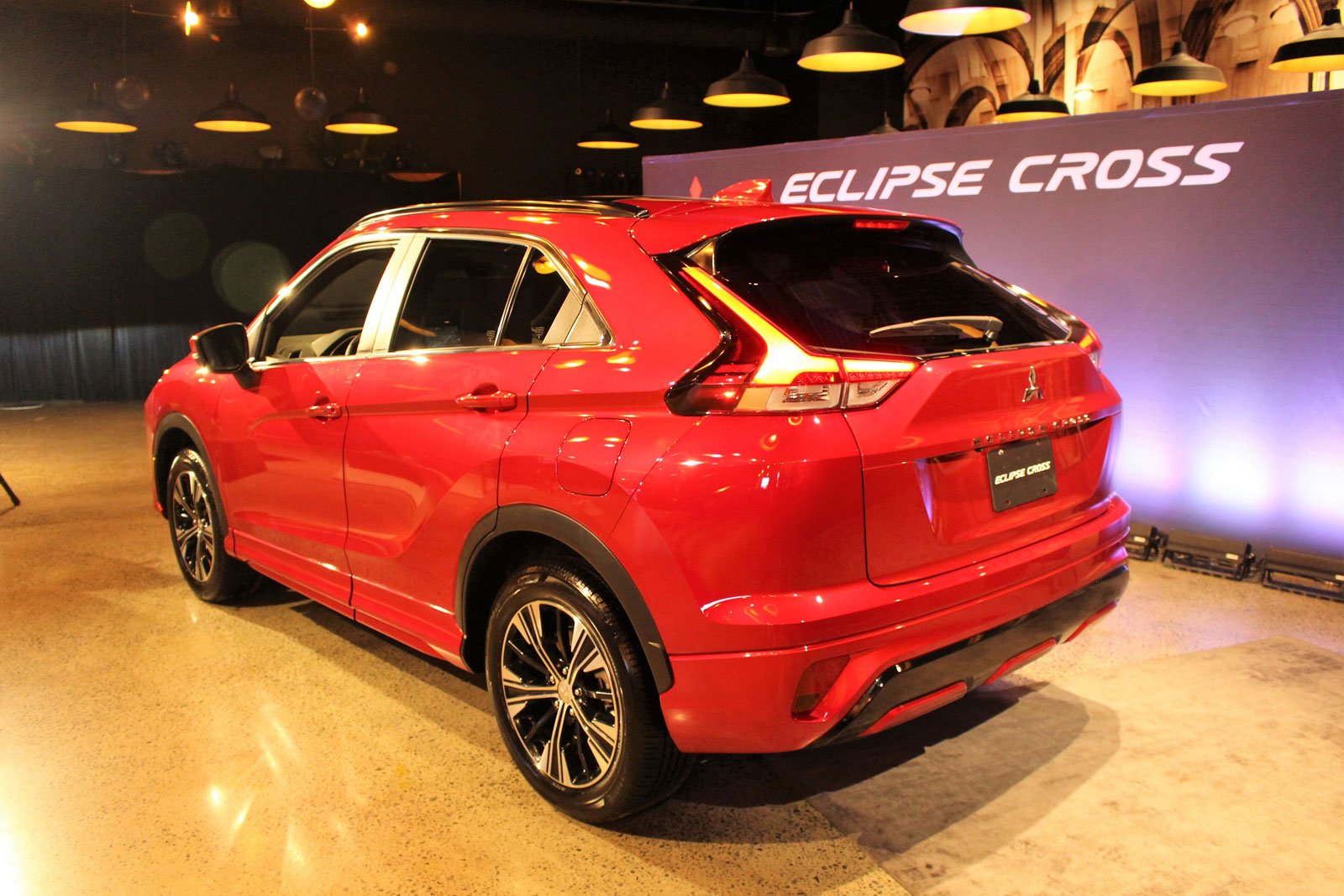 There are other interior changes as well, such as new light gray leather upholstery that can be specified instead of the usual black leather seats. A power-adjustable front passenger seat, embedded navigation and an eight-speaker sound system are now available on the range-topping trim, while some features have trickled down to more affordable trims.

How Much Does The 2022 Mitsubishi Eclipse Cross Cost?

Pricing has yet to be released in the U.S., but it should reflect Canadian pricing in that it will increase by a few hundred dollars. The 2020 model ranges in price from $22,995 to $28,745 before freight charges. 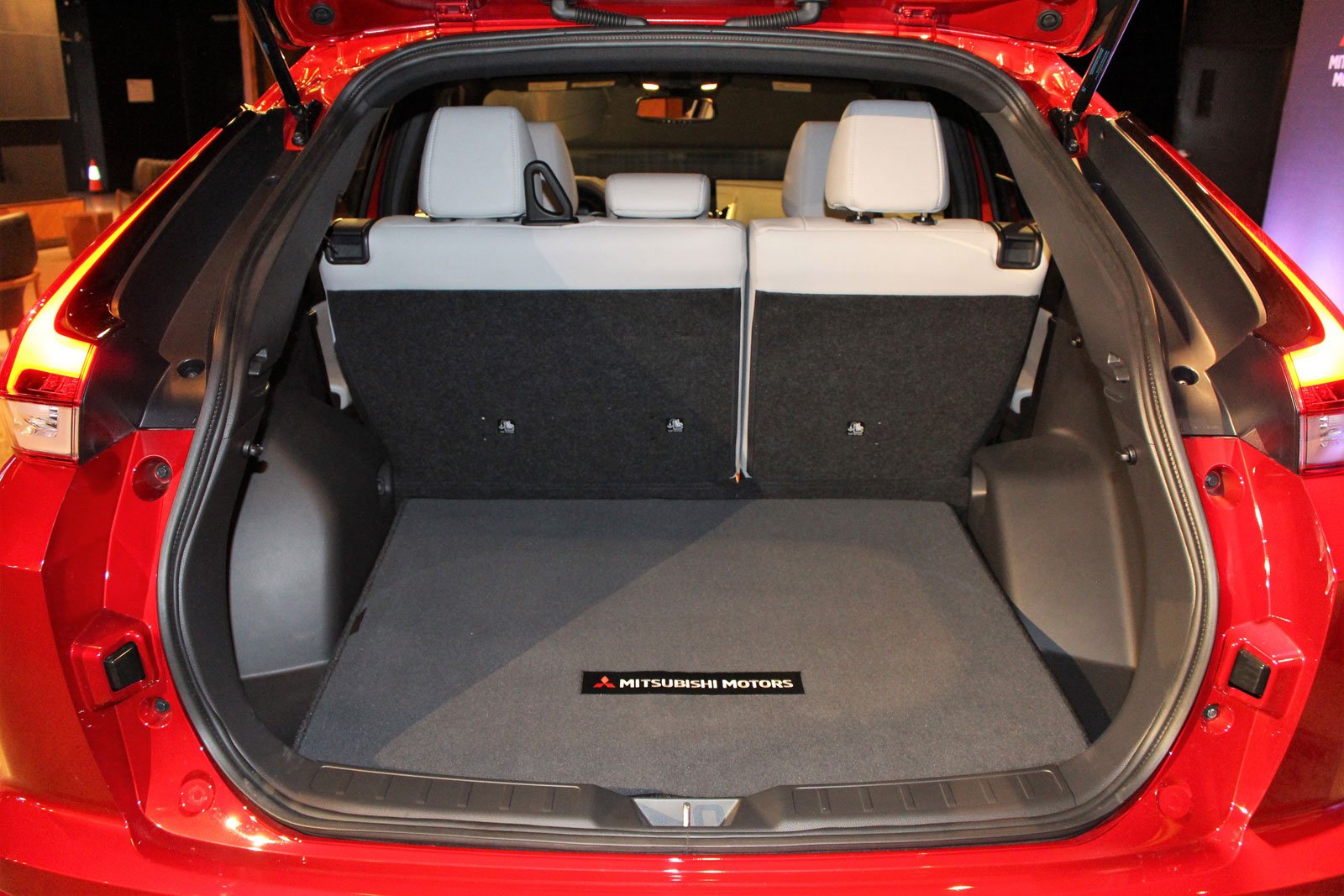 When Will The 2022 Mitsubishi Eclipse Cross Launch?

Which Models Will It Compete Against?

The 2022 Mitsubishi Eclipse Cross is somewhat unique in the compact crossover segment, and that’s the biggest reason it stands out. Due to its size, some shoppers will consider it to be more of a subcompact model (even Mitsubishi is on the fence about this), but it basically rivals the Toyota RAV4, the Honda CR-V, the Ford Escape, the Nissan Rogue, the Hyundai Tucson, the Kia Sportage, the Subaru Forester, the Mazda CX-5 and the Chevrolet Equinox, among others. 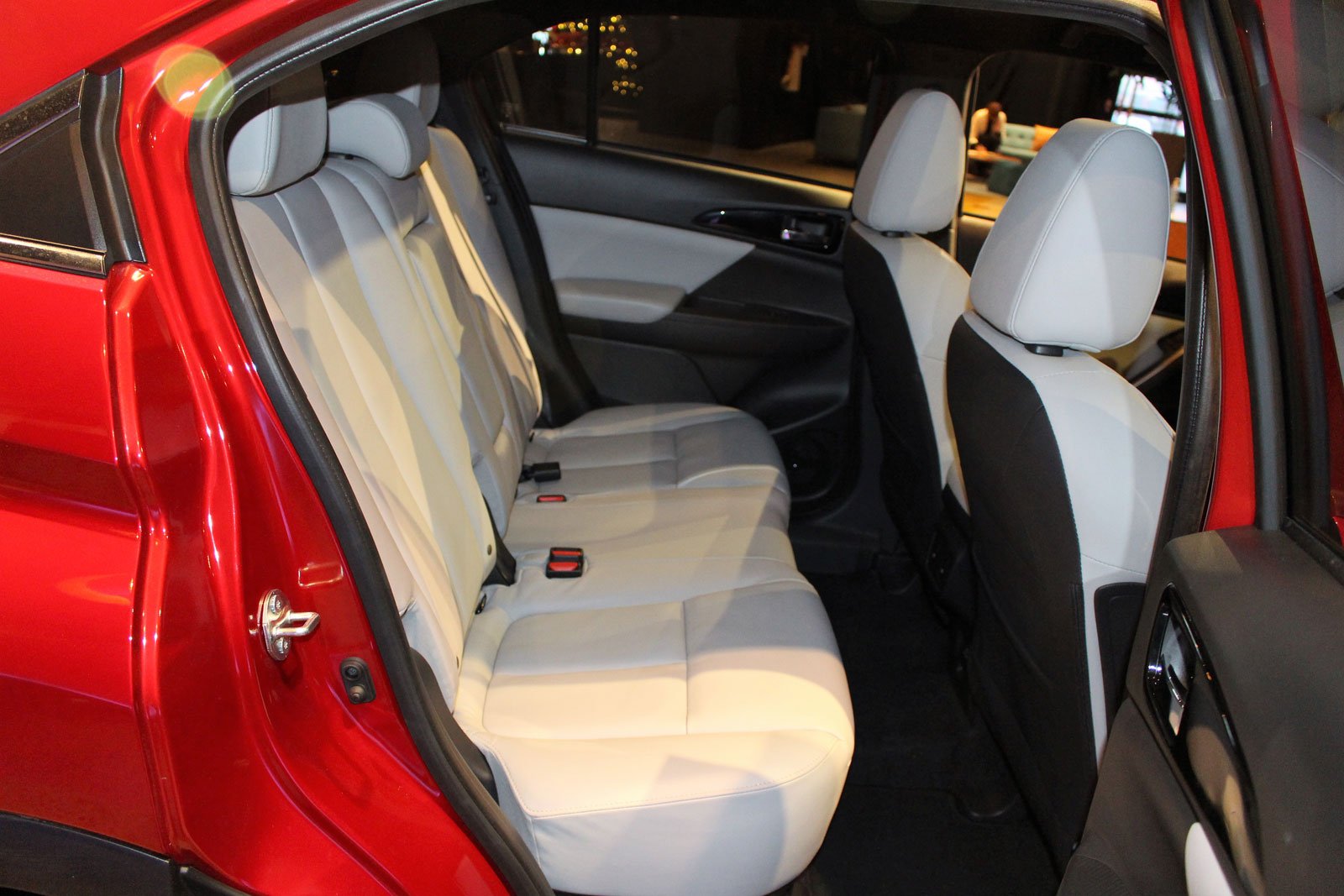 What Do We Think About The 2022 Mitsubishi Eclipse Cross?

There’s nothing bad to say about Mitsu’s four-door coupe, although aside from its design, it doesn’t exactly stand out in its category. The turbocharged 1.5L inline-four produces a modest 152 horsepower, but compensates with 184 pound-feet of torque, and it’s managed by a continuously variable automatic transmission that doesn’t disappoint, but doesn’t amaze either despite its wheel-mounted shift paddles and eight preprogrammed gear ratios.

On the other hand, we must point out that the S-AWC all-wheel drivetrain is an excellent one. Not only does it quickly shift power from front to back when slippage occurs, but it can also manage power from one rear wheel to the other, which not only enhances grip, but driving dynamics as well. Not that the Eclipse Cross is resolutely sporty, but the company had indicated that the suspension was retuned for better handling and great ride comfort.

In a nutshell, the new Eclipse Cross looks better in our opinion, its infotainment system is improved and easier to use, and it offers increased value in addition to offering a generous 10-year/160,000-km (whichever comes first) powertrain warranty.