5 Questions Answered About The 2022 Subaru BRZ 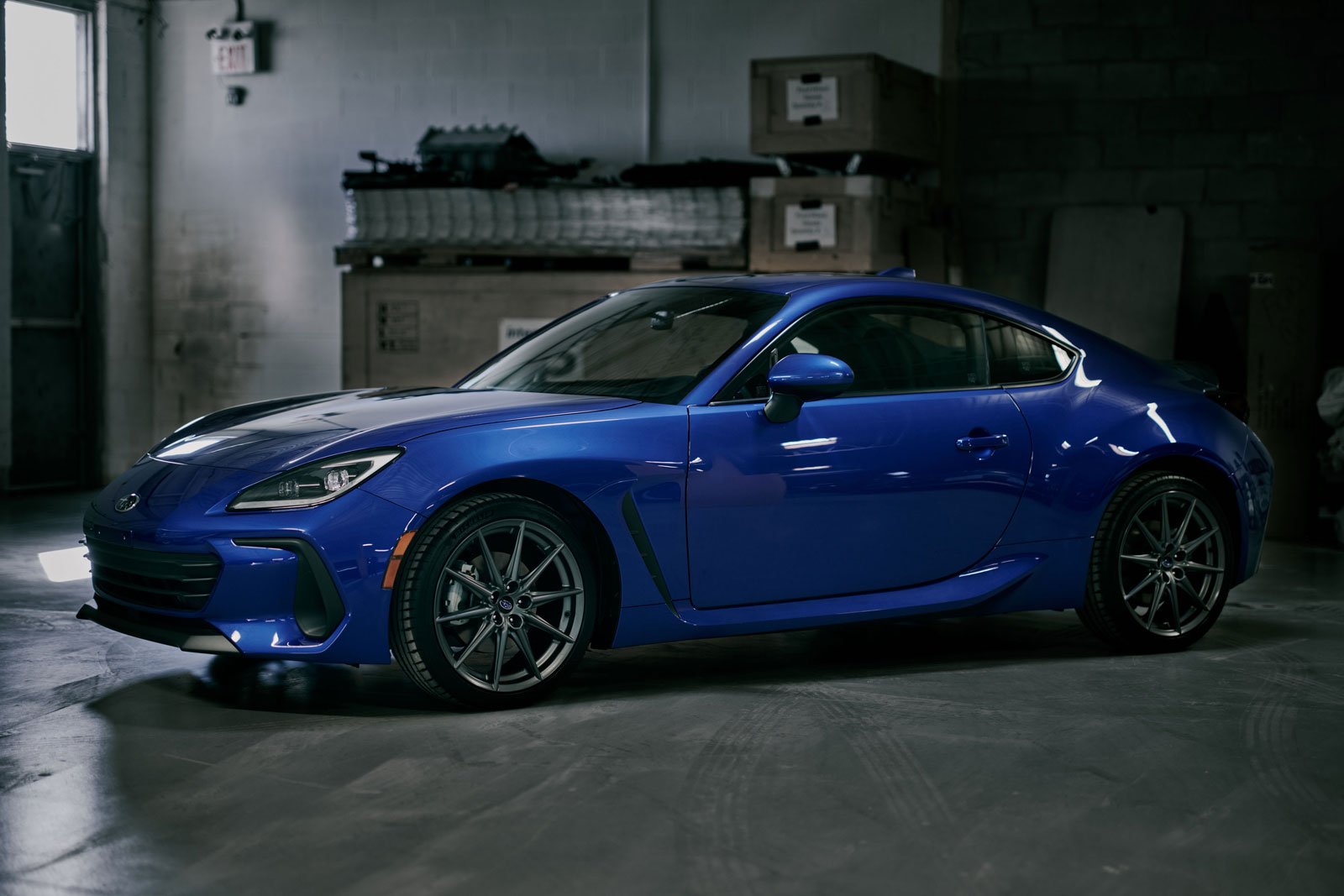 Sports car fans on a budget don’t have much choice left on the new-vehicle market. Luckily for them, they’ll get to choose the all-new 2022 Subaru BRZ.

As is the case with the original, this second-generation Subie is a pure sports car, not a glorified mainstream compact. Not that there’s a problem with that, as Honda Civic Si and Volkswagen Golf GTI owners will tell you. 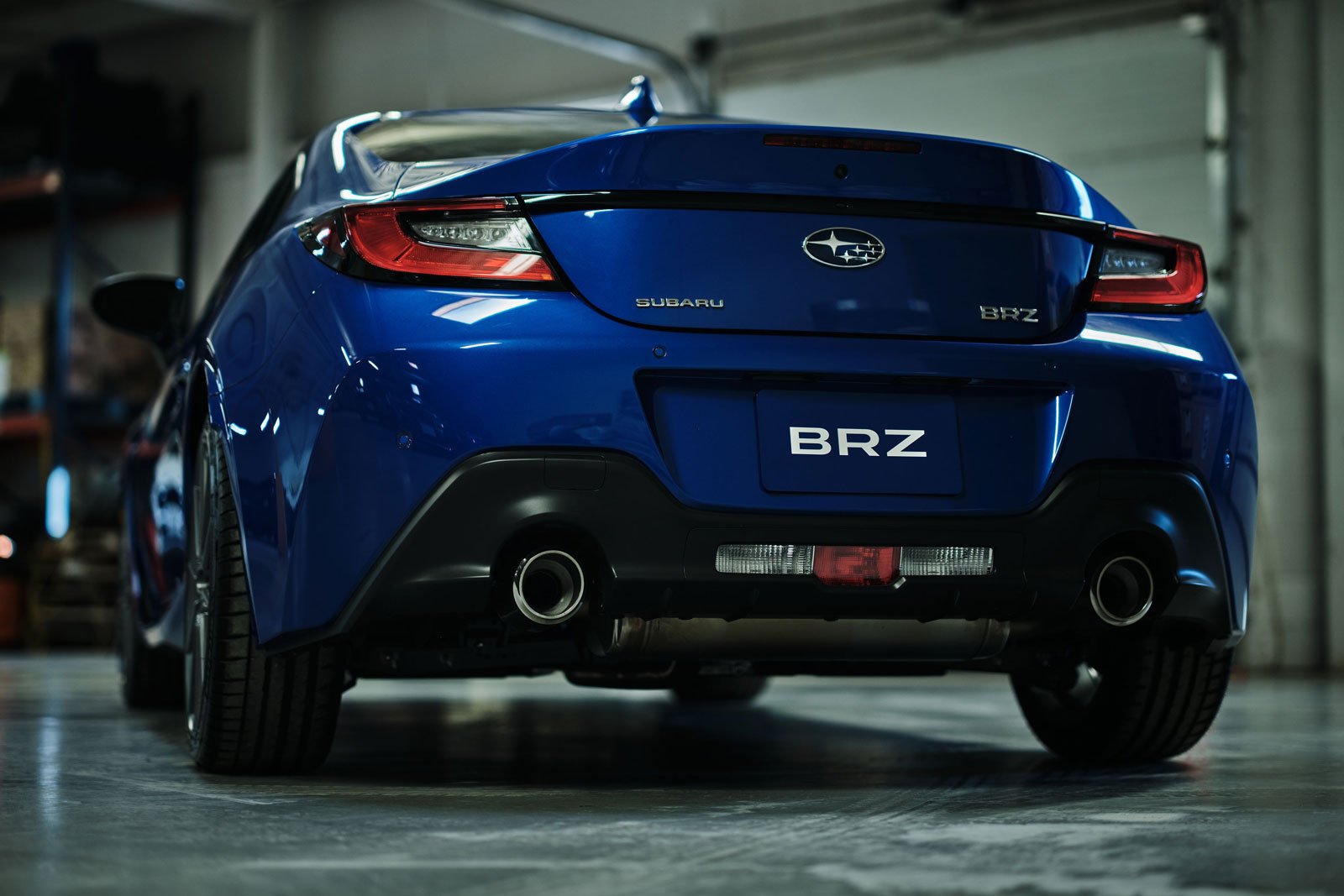 The 2022 Subaru BRZ is the fruit of a collaboration with Toyota, who’ll soon unveil its counterpart that should once again be called the 86. Or the GT 86. Or maybe something else. But the cars will be very similar, just like before. 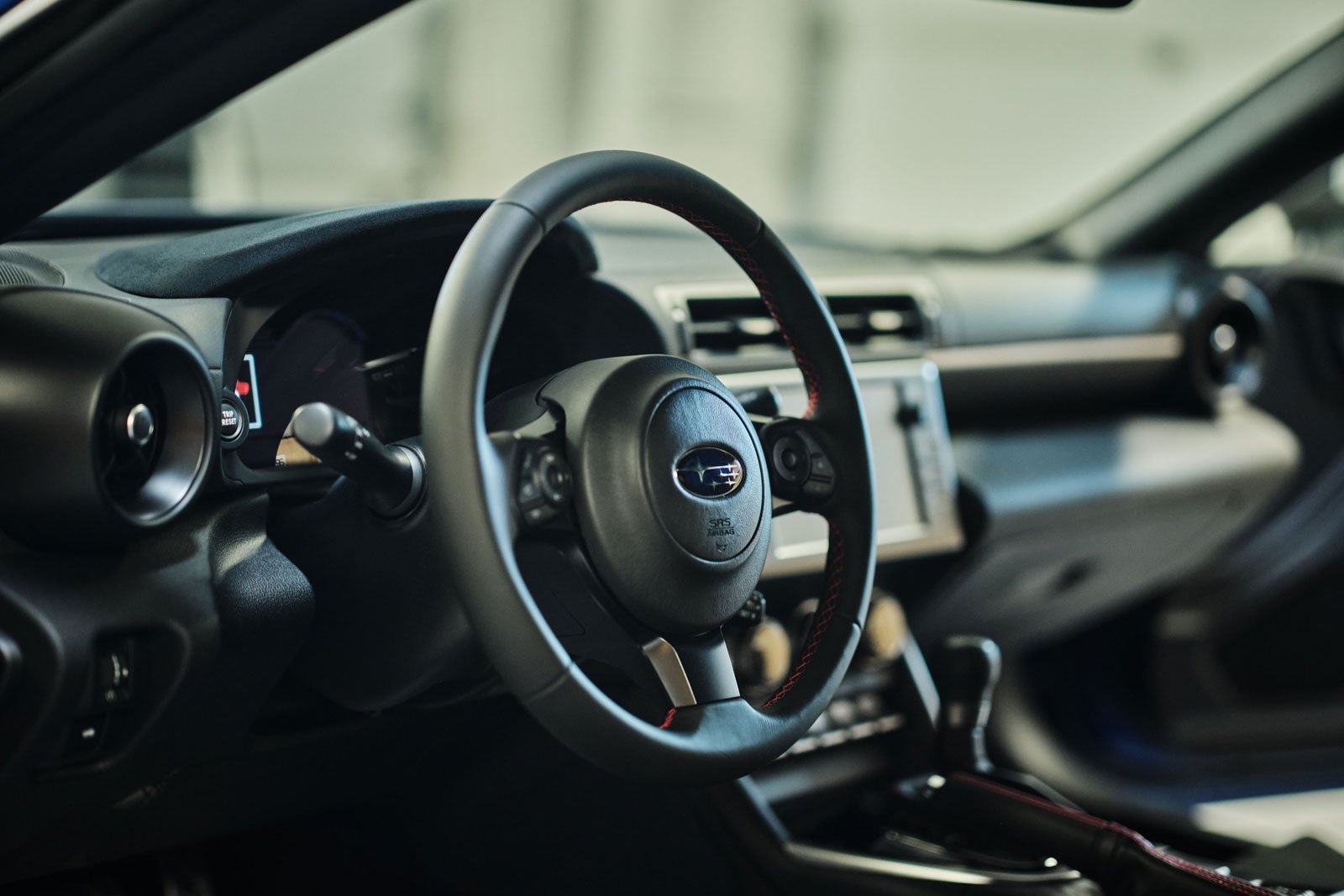 Interior dimensions aren’t available yet, but the folks at Subaru Canada did point out that the cockpit gains marginally more headroom, although shoulder room is down slightly as occupants will sit closer together. The BRZ keeps its 2+2 seating layout and the company pointed out that owners can still haul a set of tires for weekends on the track. And there’s a center armrest now.

Largely offsetting the 17-pound (8-kg) curb weight increase, the 2022 Subaru BRZ dumps the old 2.0L engine for a new, 2.4L horizontally-opposed four, which develops 228 horsepower at 7,000 rpm and 184 pound-feet of torque at 3,700 rpm. Redlining at 7,500 rpm, the new Boxer engine provides up to 23 more ponies as well as 33 more pound-feet at a lower rev range. A six-speed manual gearbox is fitted as standard, while a six-speed automatic with a rev matching function is optional. With the three-pedal BRZ, Subaru claims the 0-60 mph dash now takes about 6.5 seconds, a full second quicker than before. 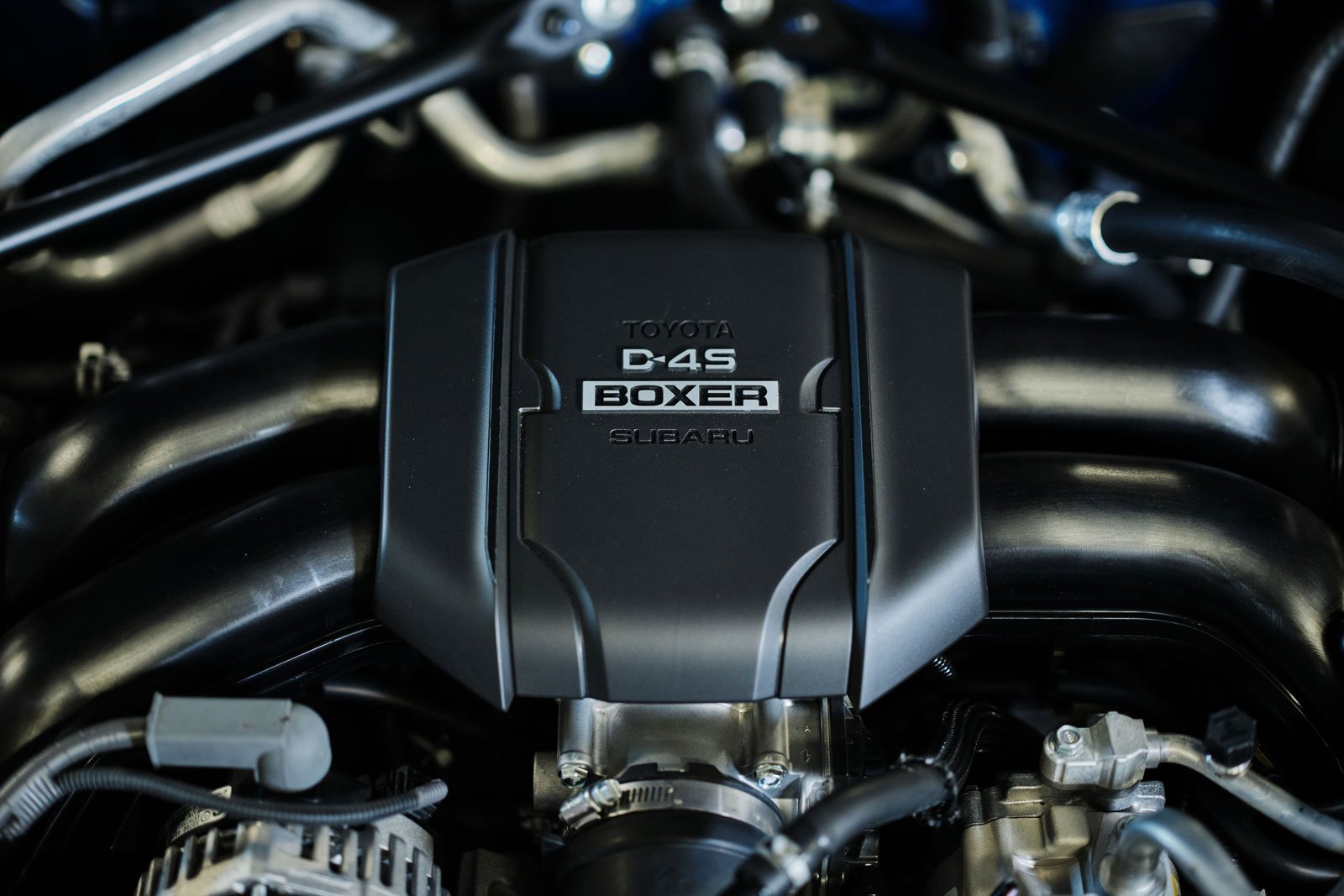 Standard features include a seven-inch digital driver instrument panel, whose display varies according to the chosen drive mode, along with an eight-inch infotainment touchscreen, Apple CarPlay and Android Auto integration, SiriusXM compatibility and Subaru’s Starlink connected services. There’s an Active Sound Control feature that sends racy engine sounds in the cockpit through a dedicated speaker mounted behind the centre stack—and it can be switched off.

The BRZ’s list of active safety features grows with the addition of the Subaru EyeSight system, but it’s bundled with the automatic transmission. 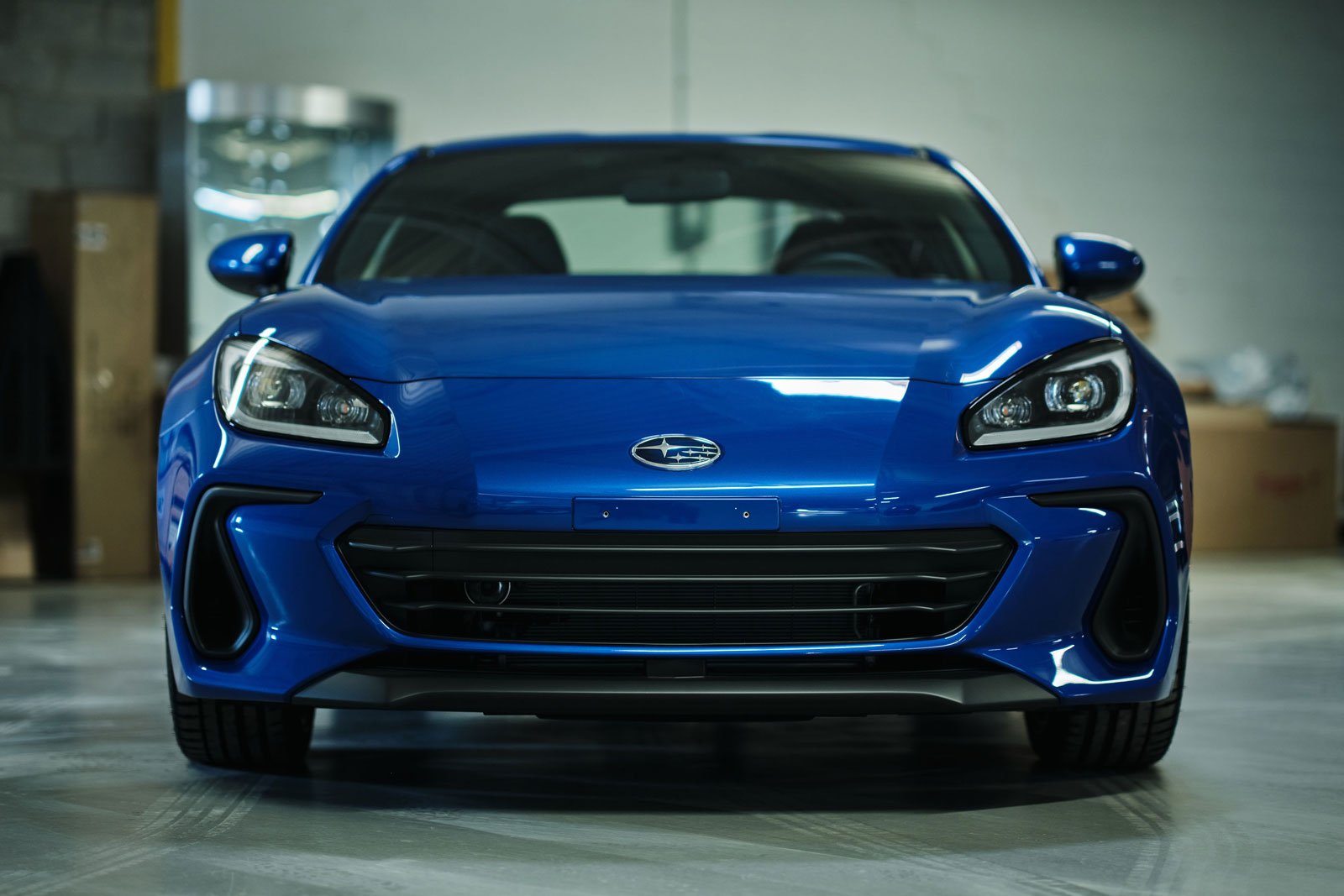 We don’t know yet. The 2020 BRZ (there is no 2021 model) starts at $29,745 in the United States and at $29,955 in Canada—destination freight charge included. We’re expecting the new generation to start at a little over $30K, factoring in a small inflation rate.

In the U.S., the BRZ will be offered in Premium and Limited trim levels, while the Canadian market will get base and Sport-tech variants. All of them are available with either transmission. The uplevel trim levels swap 17-inch alloys for 18-inchers, get fabric and ultrasuede seat upholstery, steering-responsive headlights and other amenities to justify its higher price. 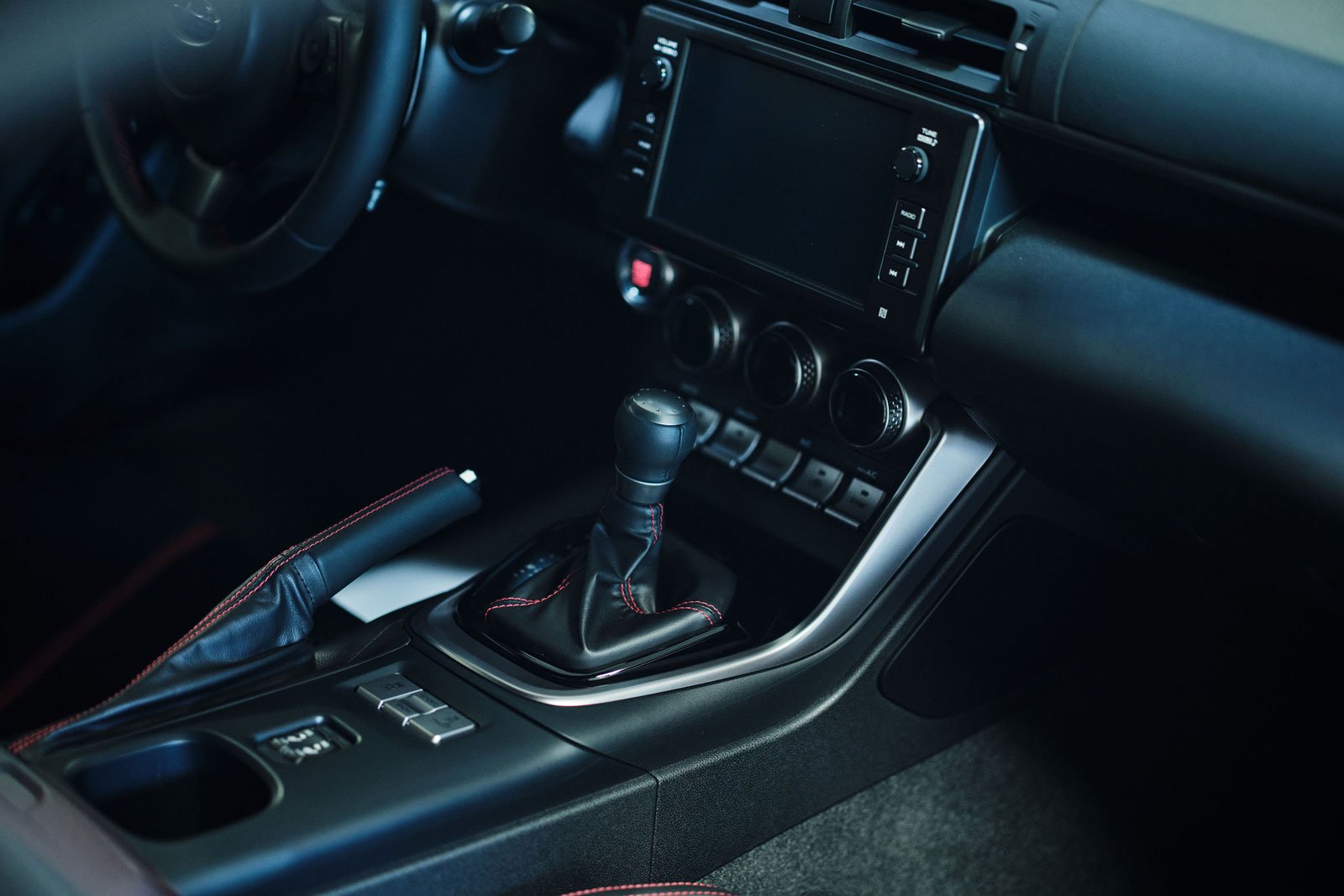 When Will The 2022 Subaru BRZ Launch?

The second-generation BRZ will hit the U.S. and Canadian markets in the fall of 2021. In the meantime, shoppers can snatch a 2020 model with low finance and lease rates, or get a cash purchase discount.

Which Models Will It Compete Against?

As before, the 2022 Subaru BRZ will go head to head with small rear-wheel-drive sports cars such as the Mazda MX-5, the Toyota 86 and the Nissan 370Z—although the latter is on the verge of being redesigned, and will look pretty much like the Nissan Z Proto. The turbo four-cylinder variants of the Chevrolet Camaro and Ford Mustang are also worthy adversaries, as is the Volkswagen Golf GTI. 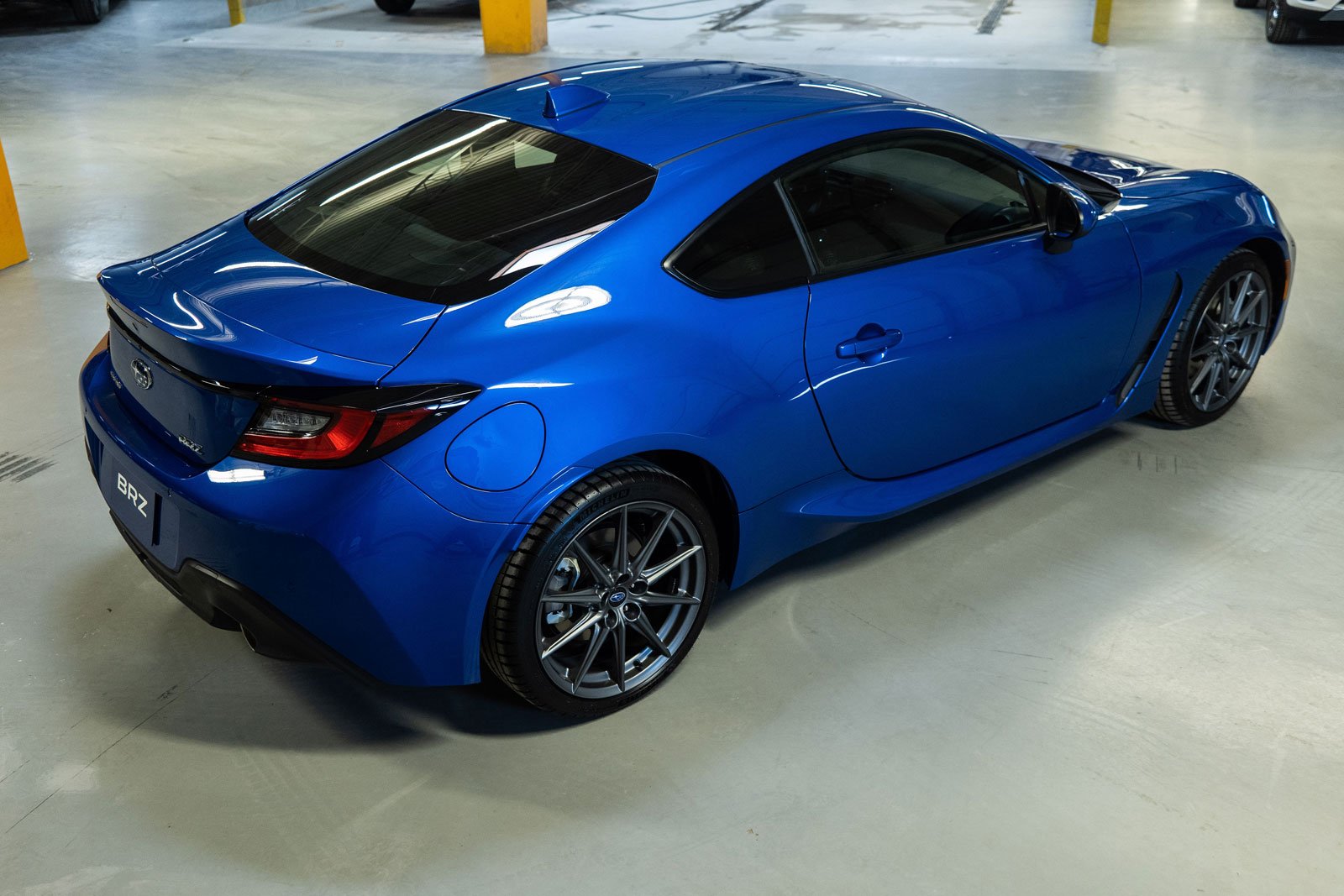 We have yet to see the car in the flesh for obvious global pandemic reasons. However, the second-generation BRZ seems to pick up nicely where the outgoing generation left off. To be honest, as driving enthusiasts, we’re just glad to see the car being redesigned, even though it’s a low-volume model.

As much as the Camaro, Mustang and Dodge Challenger reminds us of the ‘60s and ‘70s muscle-car era, the BRZ is a pretty decent throwback to the ‘80s and ‘90s Japanese sports car invasion, when shoppers could choose between the Honda Prelude, the Diamond-Star triplets (Mitsubishi Eclipse, Plymouth Laser, Eagle Talon), the Acura Integra, the Toyota Celica, the Nissan 240SX and the Mazda MX-6. 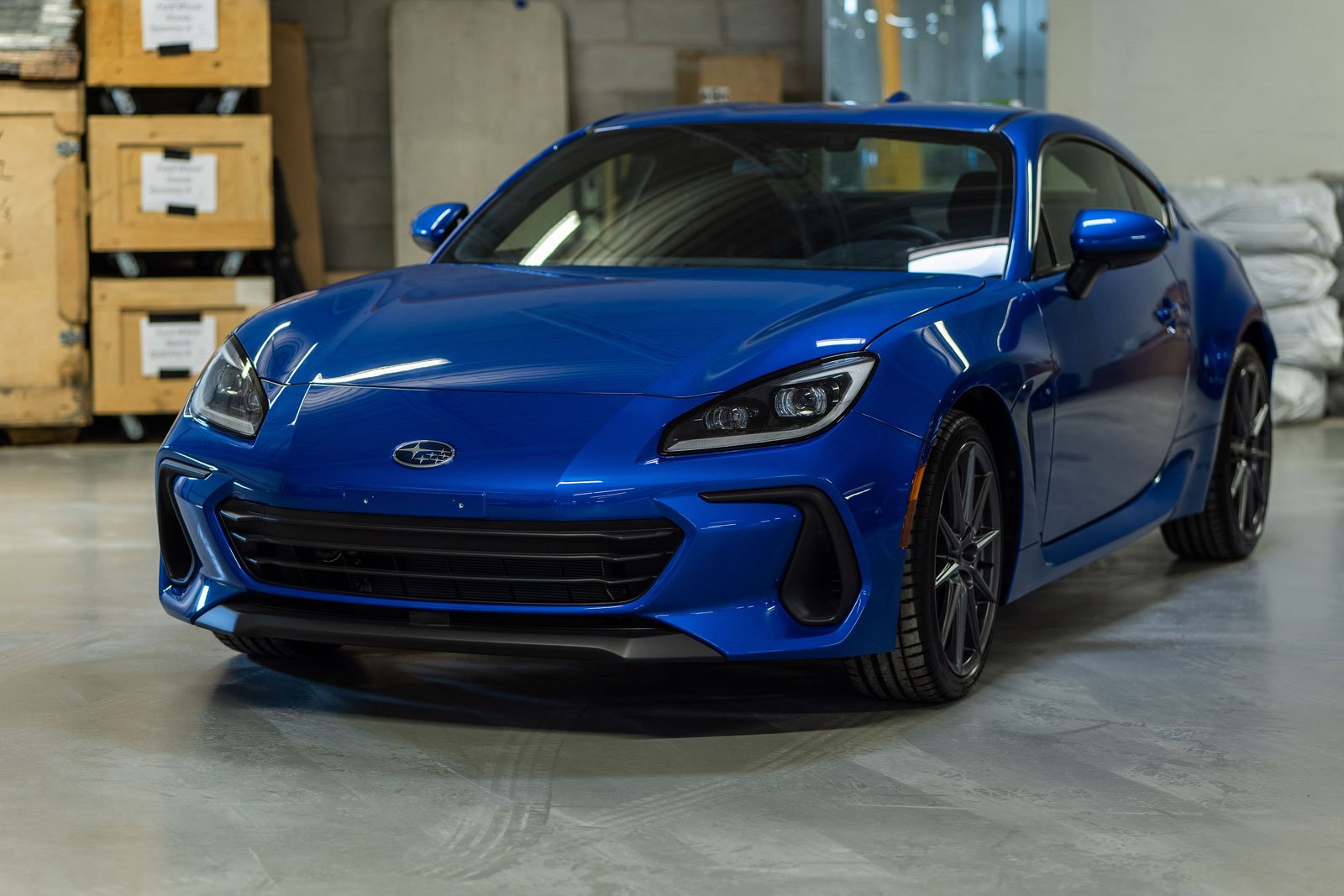 The new 2.4L engine should fill the bill for those who desired some extra grunt, with more low-end torque and quicker acceleration times. Don’t bug Subaru asking for a turbocharged engine, ‘cause it’s not going to happen. Which doesn’t mean the tuning community won’t stuff a turbo under the BRZ’s hood like it’s already doing with the original sports car.

Basically, the new 2022 Subaru BRZ keeps the basic formula, but adds creature comforts and more safety gizmos for the daily drive, which is always welcome.

Long-tail, streamlined bodywork for custom Huayra Pagani spent years working on the car with some very special customers Pagani has just confirmed, that yes...
Read more
Previous articleTesla Made Up Almost 80% Of All New EVs Registered In The US In 2020
Next articleBentley Announces Project to Recycle Electric Motor Magnets