The Porsche Taycan has been one of the most talked-about vehicles of the last year and things will only heat up as we learn more and more about Porsche’s upcoming EV.

Last month we flew to Zuffenhausen to check out how Porsche plans to build the Taycan only to realize that the German automaker was in the midst of a significant evolution of its processes. This change aims to better align how the automaker conducts its business with the new realities of the automotive industry.

The Taycan represents this new reality. By 2025, Porsche believes that more than half its models will be electrified in some way. As electric cars are built differently than traditional vehicles, the way a vehicle is assembled will have to evolve, and not just at Porsche.

Every automaker has to figure out how to increase electric vehicle production in parallel to its traditional automotive offering. It also has to make sure that it invests wisely as the cost of producing an EV will outweigh profitability in the short and medium terms.

As electrified vehicles gain in popularity, however, the production line needs to follow along. We learned from Tesla that it isn’t that easy to suddenly expand capacity, so automakers need to develop scalable production lines to account for increased demand when it arrives.

Should You Buy a 2019 Porsche Cayenne?

It’s all very complex, obviously. So how do you do it? Well, from what we learned at Porsche, it requires a vision, but also an understanding that evolution starts at the very moment when being afraid of doing things differently stops. Here are five surprising things we learned last month in Zuffenhausen.

Porsche wants to eventually build between 20,000 and 25,000 units of the Taycan. To prepare for full-scale production, Porsche built a factory within a factory in the same location where the 918 was built on its Zuffenhausen campus.

The area is as clean as you can imagine and uncluttered. It doesn’t feel like a traditional assembly line. Humans outnumber robots and the usual flying sparks are nowhere to be seen. It’s also surprisingly quiet. 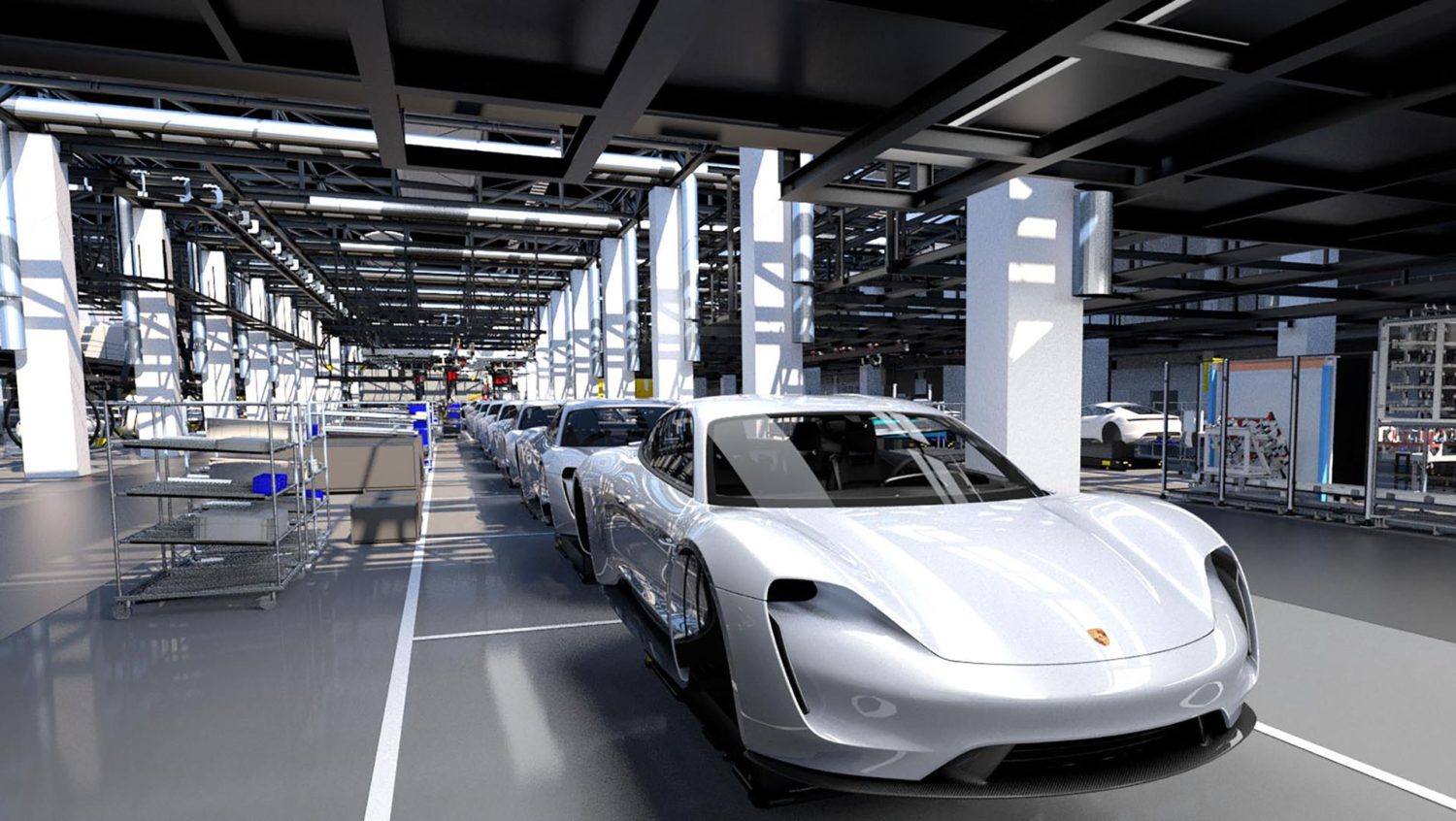 Automated Guided Vehicles (AGV) take center stage on Porsche’s Taycan assembly line. These individual platforms move the car along a line that can be moved and re-organized at will thanks to the lack of physical rails guiding the platforms.

As stated earlier, flexibility is key to Porsche’s new production processes. AGVs make it possible to adapt a production line to the needs of the moment, and easily increase production within the same space.

Porsche Employees Want to Work on the Taycan

There are currently about 100 people working on the Taycan’s initial production of two units a day. That said, Porsche’s new EV will create about 1,200 jobs and according to the automaker’s head of HR, Andreas Haffner, current Porsche employees are scrambling to join the team.

While not every new employee will directly work on the Taycan, they will all be part of the brand’s shift towards electrification as Porsche expects half its vehicles to have some sort of electric powertrain by 2025. Everything happening at Porsche HR right now is geared towards preparing the creation and production of a wide range of incoming electrified vehicles.

Examples include the development of a digital platform with more than a thousand training and learning modules that Porsche employees can use to learn about future vehicle production.

It Costs a Fortune

Porsche invested over 6 billion euros into the development of its next phase of vehicle assembly. Need any more proof that Porsche is entering a new chapter in its history?

Porsche Employees Helped Pay for It

Of everything I learned during my visit, the one thing that stuck out was that Porsche employees volunteered to help pay for the improvements and changes being made to the production methods.

Think about that for a second. Not many companies can say that their employees volunteered part of their salary to help the business modernize…

The automotive industry is changing, no doubt about it. It’s only normal that the way cars are to be built will also be called upon to change. Porsche certainly appears to be embracing the need to evolve.

The Tesla Mic is a microphone designed to allow karaoke in the car It sold out less than an hour after it was...
Read more

It is made from 93% recycled or renewable materials. Nokian’s goal is to make tires from 50% of all its tires from recycled...
Read more
Previous article2019 RAM 1500 Sport: Can Full-Size Trucks Be Pretty?
Next articleVolkswagen Ready to Sell 50 Million EVs Over The Next Few Years