News A 1967 Camaro and the world's most expensive Beaumont

A 1967 Camaro and the world’s most expensive Beaumont 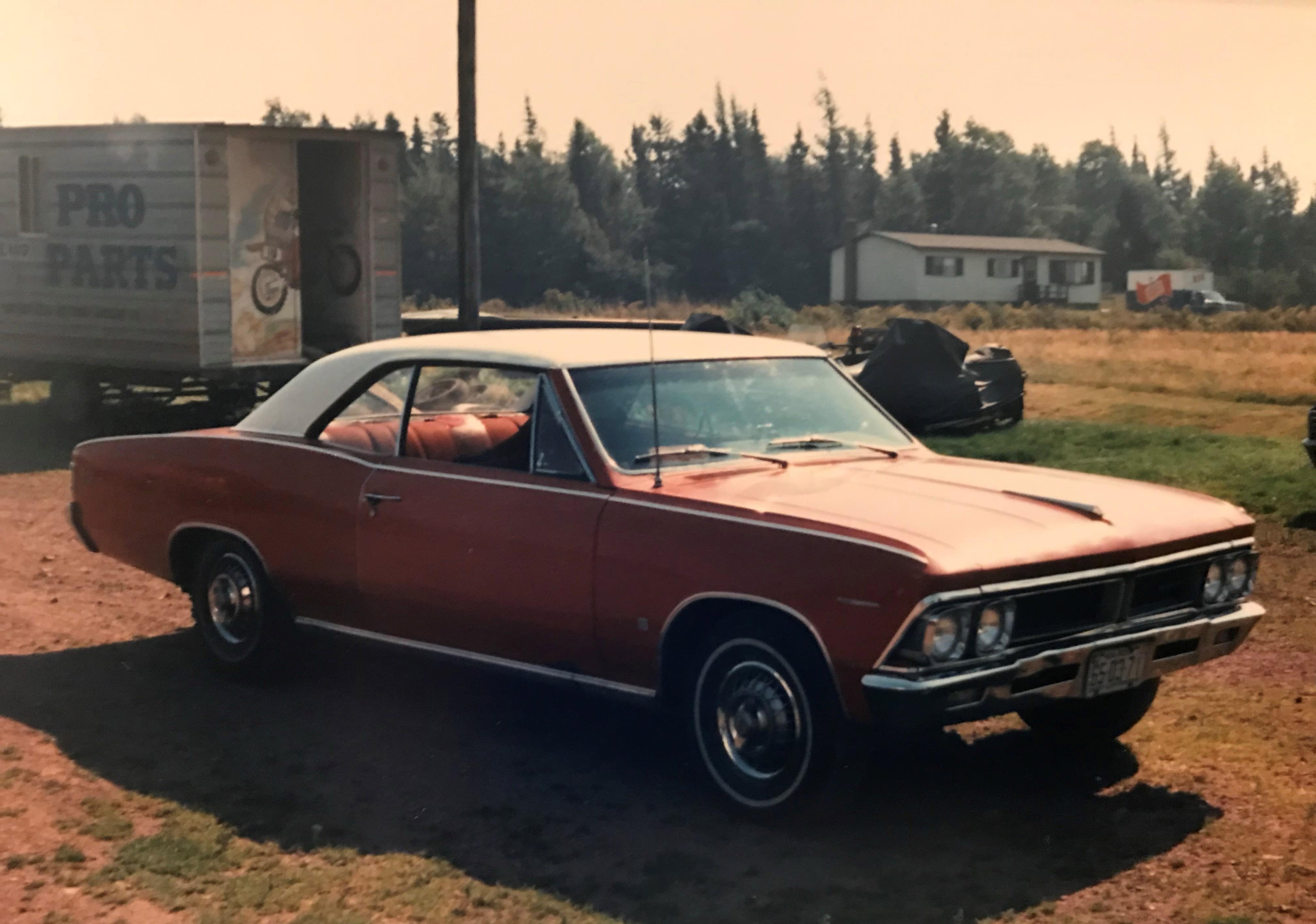 Last month we told you about a pretty wicked truck out in the Maritimes that features a tent on the roof, a jacked suspension and a wide range of mechanical and esthetic upgrades.

Designed by Cleveland Design out in Saint John, New Brunswick, it was built as a promotional tool and daily driver for an arms training business started by a former Canadian special forces soldier. It was quite the project for the pro-touring shop whose current builds section is mostly comprised of models from the 1950s and 1960s.

But as many of you know, automotive passion can register more prominently in different eras, but when you love cars, you simply love cars. For David Cleveland, owner and founder of Cleveland Design, it doesn’t matter what they are building as long as it’s a cool project.

Restoring cars and selling them in order to get the money for the next one has always been a part of his life, ever since his dad brought home a 1967 Camaro when he was 12 years old. 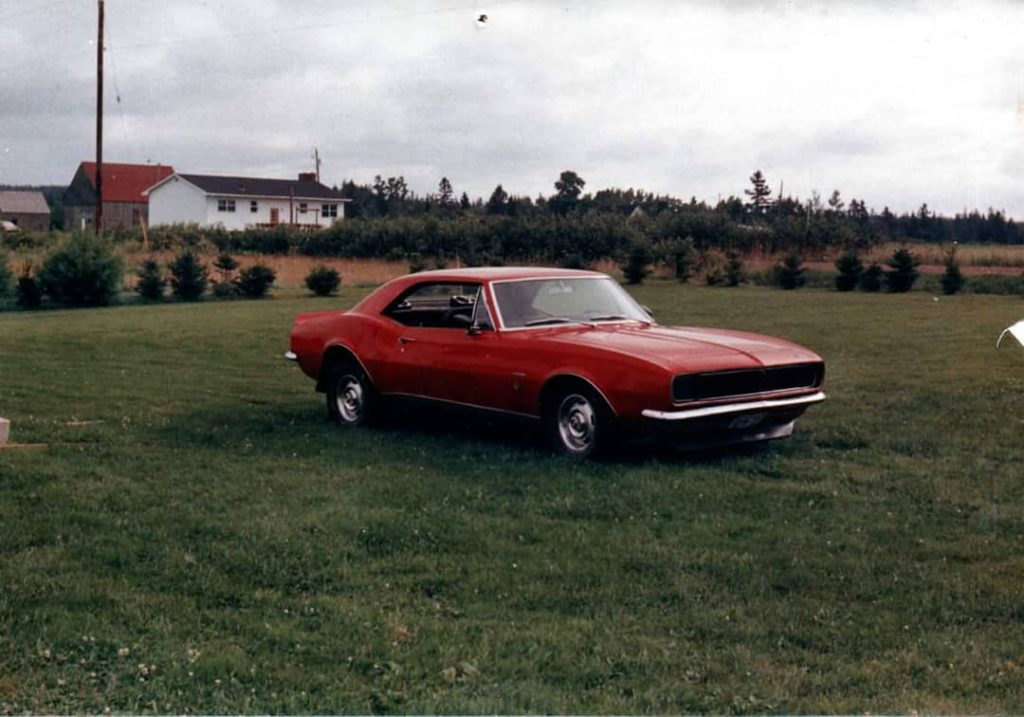 “Our family was always into anything with wheels. My dad used to drag race in the 60s, and my brother was really into motorcycles. I personally sold my bike and my dad used the money to get the Camaro”.

His dad would fill the car with gas before hitting the road as a boat salesman during the week, and young David would alternate between driving it on country roads and tinkering under the hood.

A self-described lunatic over the process of restoring his car himself, what would become decades later Cleveland Design all started with that Camaro.

David had to learn at a very young age how to work on these cars. It showed him the value of knowing how to use your hands to build something yourself and he takes great pride in that.

And then there’s that 1966 Beaumont

The Beaumont brand has an interesting story in and of itself. Built by General Motors from 1966 to 1969 after being offered as an option series on various Pontiac models, it was only offered in Canada – and other odd places like Puerto Rico, but never in the US. Its logo prominently featured the maple leaf as a reminder of the car’s Canadian roots. 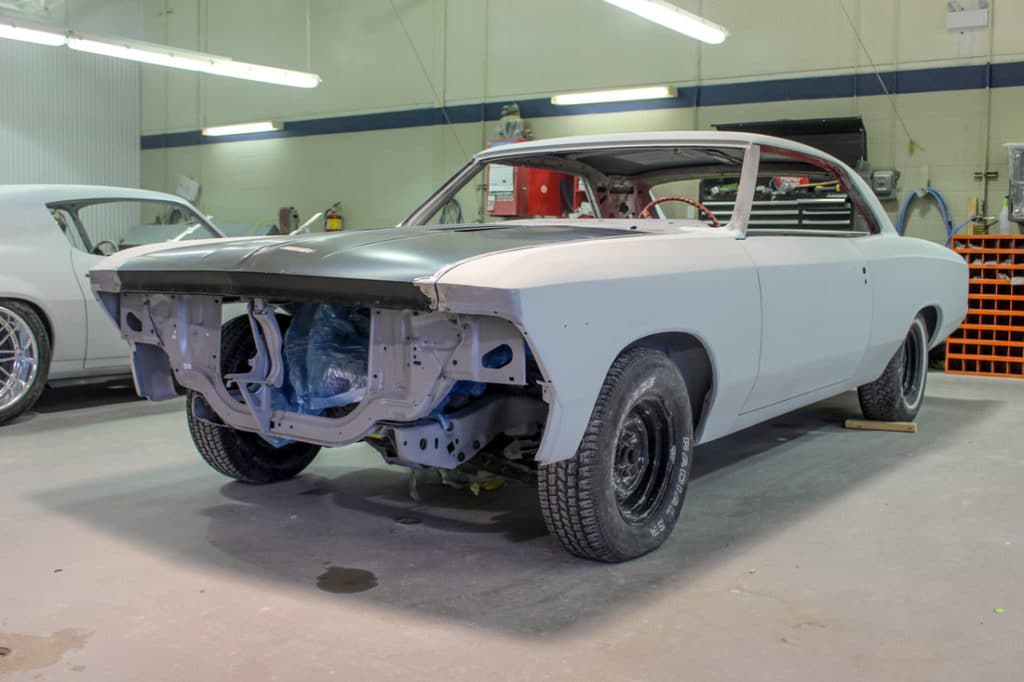 His dad bought this particular edition for $700 when David was 7 years old.

David had very fond memories of the car driving it to high school and their family cottage in the summer time. Unfortunately for the last 10 years the car sat in a barn and had become in a bad state of disrepair.

Several years ago the roof of the barn collapsed under heavy snow destroying the car roof and rear quarter panels. Three years ago David’s father called him to ask if he wanted the car. It was an easy decision for David because of all the memories.

David worked on the Beaumont before Cleveland Design was born, using his personal garage for the restoration. Because of the car’s significance and history, no expense was or has been spared in bringing it back to life.

“It’s the world’s most expensive Beaumont, I can tell you that much”.

Today, Cleveland Design has a wide range of projects going at the same time with a team of specialists who are as passionate as David Cleveland, and you can truly see that passion reflected in every vehicle they build. 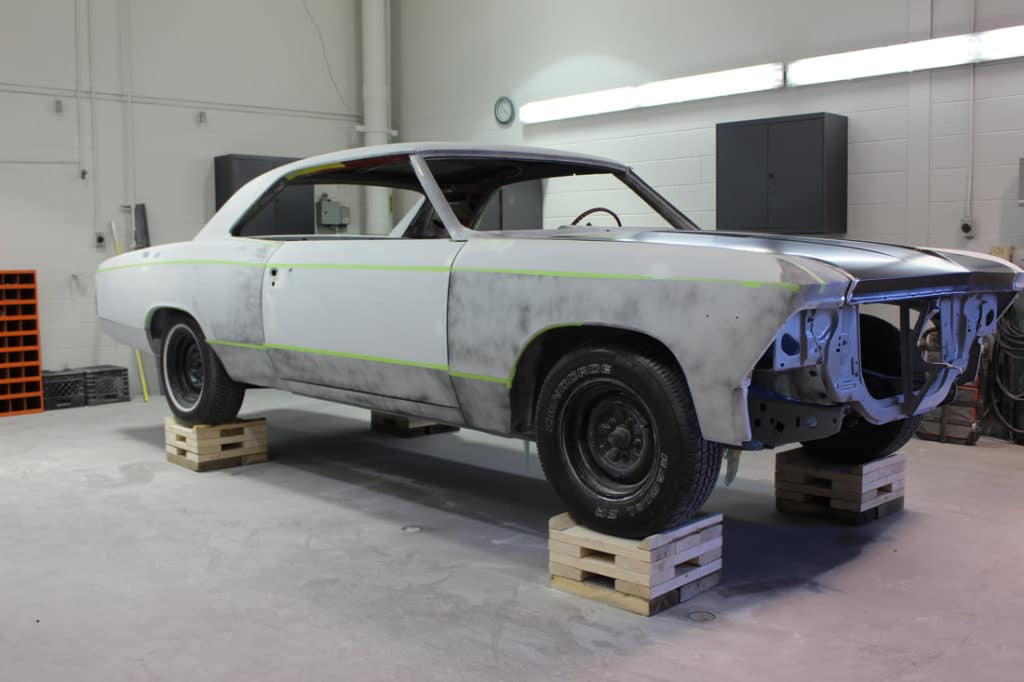 “Our commitment to our clients at Cleveland Design is to create an exceptional experience for them. To ensure we deliver this experience we start the relationship by sitting down with the client and creating a rendering specifically for their vehicle to fulfill their wants and dreams. This process ensures that we all have the same vision for the end results.”

As for the 1967 Camaro, the first car David Cleveland ever owned, the search is on. Without a VIN number, it’s not easy to trace the car but there are a few leads.

“We think it’s in Cape-Breton, and hopefully we can find it soon and bring it home”.

The 1967 Camaro and 1966 Beaumont are two very different cars, but together they represent the origins of Cleveland Design. They are about passion before function, and bringing the past back to life with all the memories intact.

GM will maximize the Corvette’s name recognition. The line-up will consist of premium sporty vehicles. Also, there’s too much money to be made by...
Read more
Previous articleNo more diesels in North America for BMW as of 2019
Next article2004 Mazda MX-5 Miata Mazdaspeed Review