News A Toyota GR Corolla Hatchback Will Be Built.

A Toyota GR Corolla Hatchback Will Be Built. 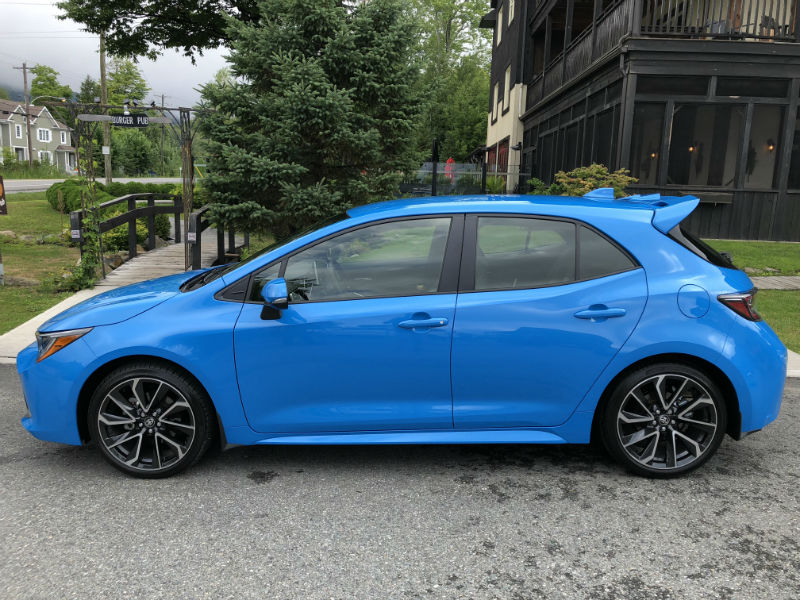 With about 250-horsepower, the Toyota GR Corolla hatchback will sure be a hoot.

There are, once more, so many things to love, and to hate, about this announcement. Toyota is taking advantage of their strong hybrid powertrain portfolio, which is saving them from European emission penalties to grow their performance car collection. The Toyota GR Corolla Hatchback, like the GR Yaris, will draw loads of good attention for the brand.

What’s also interesting is that Toyota is not aiming to slot the 2023 GR Corolla at the top of the hot compact car segment. Their goal is to build a car that all will be able to use, and enjoy, with plenty of power and good handling characteristics. As such, it won’t rival the VW Golf R but will the GTI. Similarly, the Honda Civic Si and not the Type R.

Assembled on Toyota’s TNGA platform like the run-of-the-mill Corolla, we know that there’s plenty of potential at hand. The GR Corolla Hatchback will be powered by same turbocharged 1.6-litre 3-cylinder engine which should produce roughly 250-horsepower. A 6-speed manual transmission standard however it is unclear from the original news story if, like the GR Yaris, the GR Corolla will call upon AWD.

Sadly, there are no indications that it will ever be offered in North America…

This will be available to every Rivian vehicle ever made. The company has yet to confirm the details of this future update. This...
Read more
Previous article2021 Hyundai Elantra GT Facelift Teased
Next article2021 Nissan Versa Makes a Come Back Before Canadian International Auto Show