Or about the price of a well-equipped Mazda CX-5.

The fully electric Mazda MX-30, which was unveiled at the Tokyo Auto Show last fall, is set to go on sale in early 2021 in the United Kingdom. The Japanese brand is now accepting orders for the small crossover vehicle in the country, which will rival the Hyundai Kona EV, the Kia Niro EV, the Kia Soul EV as well as the upcoming Volkswagen ID.4.

The Volkswagen ID.4 is Finally Here

The U.K. market is one of the first to announce pricing for the MX-30, which will first be available in a First Edition variant, limited to 500 units. Starting at £30,495, which amounts to roughly CAD$52,000 at the current exchange rate, the MX-30 First Edition includes a free wall box charger for home. The vehicle can also be plugged into a quick-charge station with a speed of up to 50 kW. 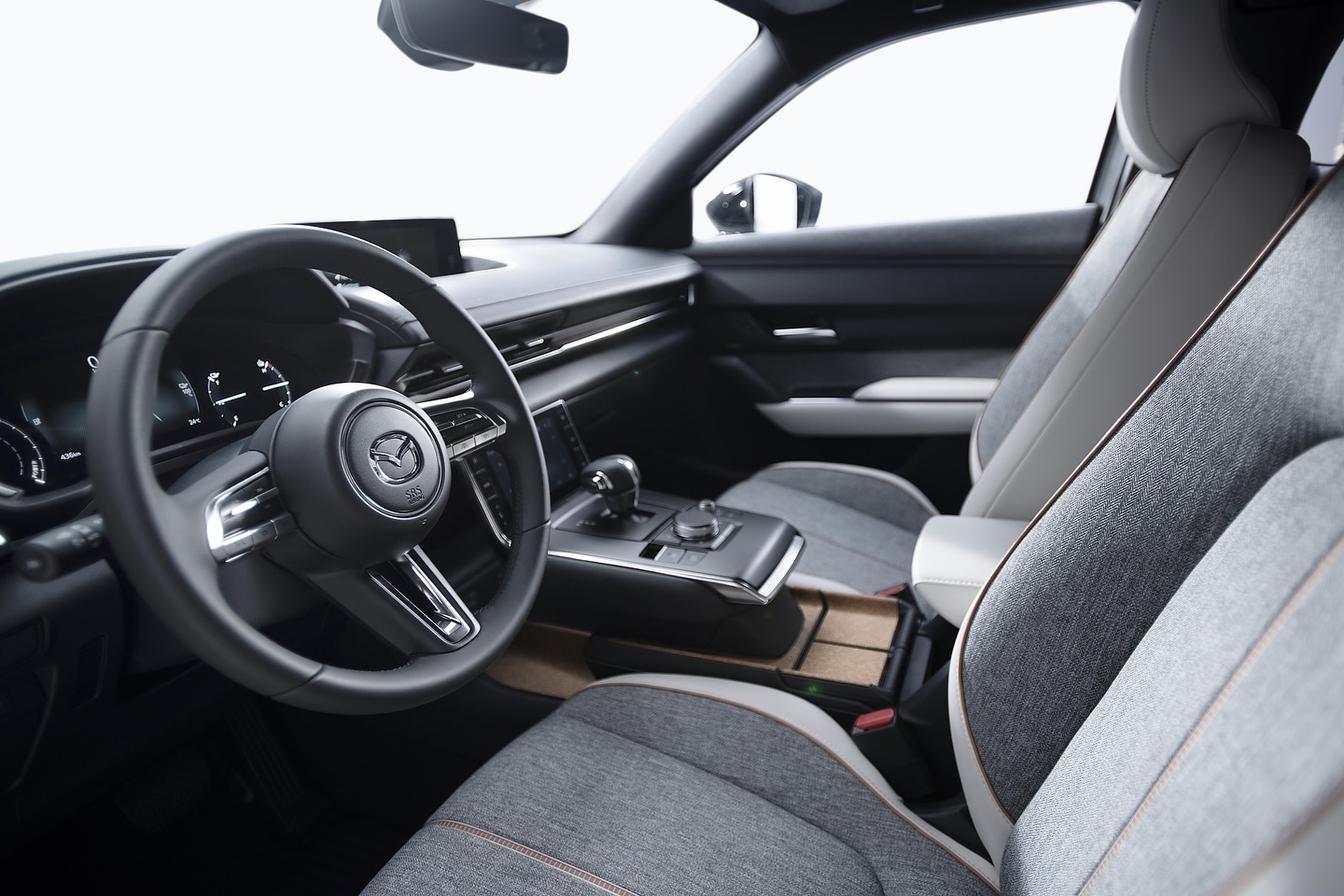 The battery-electric Mazda MX-30 crossover is equipped with a 35.5-kWh battery pack, which is good for a driving range of about 200 kilometres according to the WLTP used in Europe. The e-Skyactiv powertrain drives the front wheels, developing 140 horsepower (105 kW) and 195 pound-feet (265 Nm) of torque.

Since it’s a Mazda, dynamic handling characteristics have been baked in, with Electric G-Vectoring Control Plus, or e-GVC Plus, enhancing the MX-30’s roadholding capabilities by using motor torque to optimize the front-rear load shift for improved stability. Mazda also promises seamless transfer between power delivery and regeneration through the throttle pedal, as well as energy regen and hydraulic stopping action through the brake pedal. 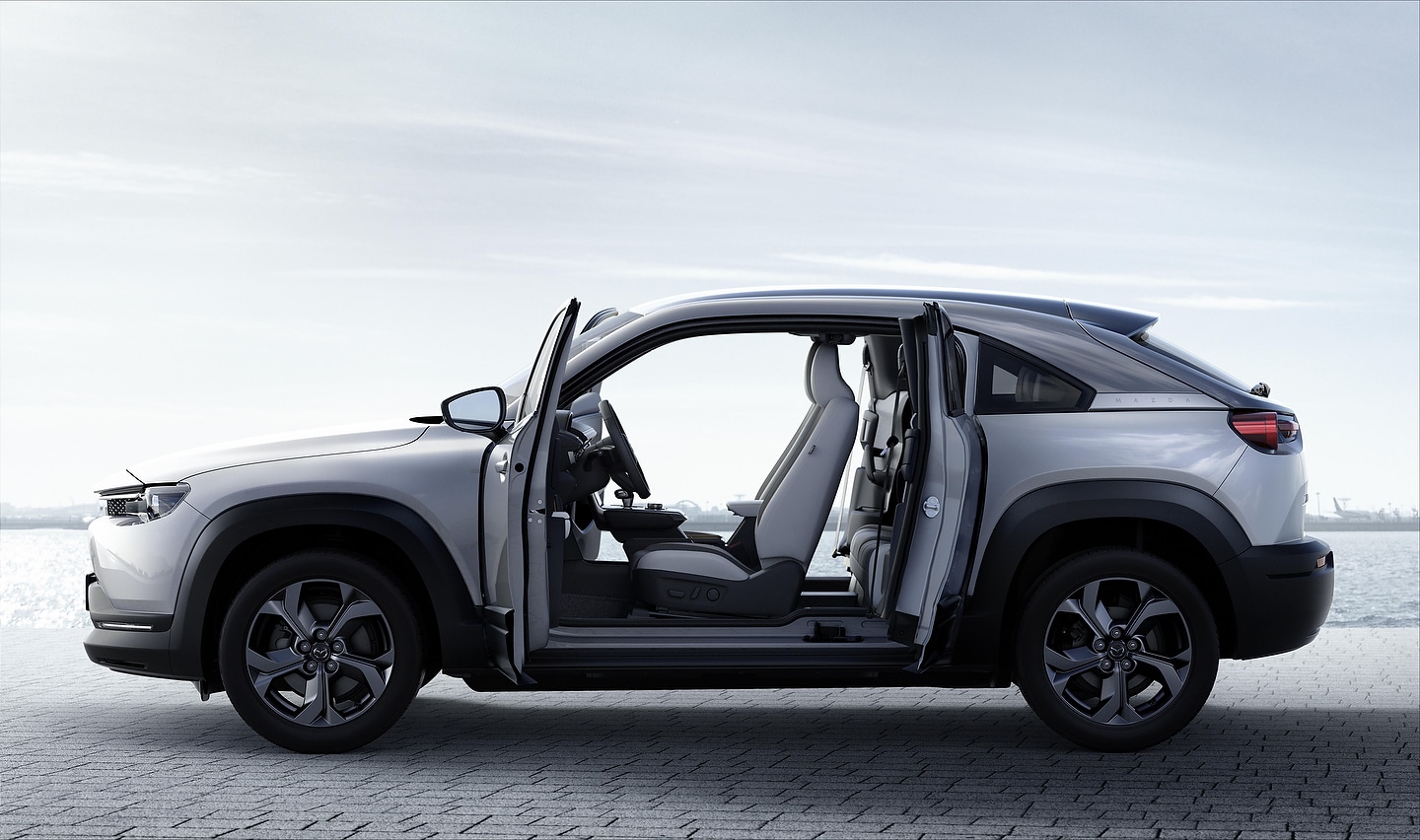 The Mazda MX-30 also features a cockpit dressed up in environmentally friendly materials, including light grey fabric and stone leatherette highlighted with orange contrast stitching. A seven-inch digital climate control interface, head-up display, a power driver’s seat and the latest version of the Mazda Connect infotainment system are included as well, along with Apple CarPlay and Android Auto integration.

There will likely be more affordable variants of the Mazda MX-30 offered in the U.K. once the First Edition supply will run out. For the sake of comparison, the Mazda CX-5 is priced between £26,400 and £31,900. That means the EV crossover could be sold in Canada under the $45,000 threshold to qualify for the full governmental rebates. However, the MX-30 has yet to be confirmed for the Canadian and U.S. markets.