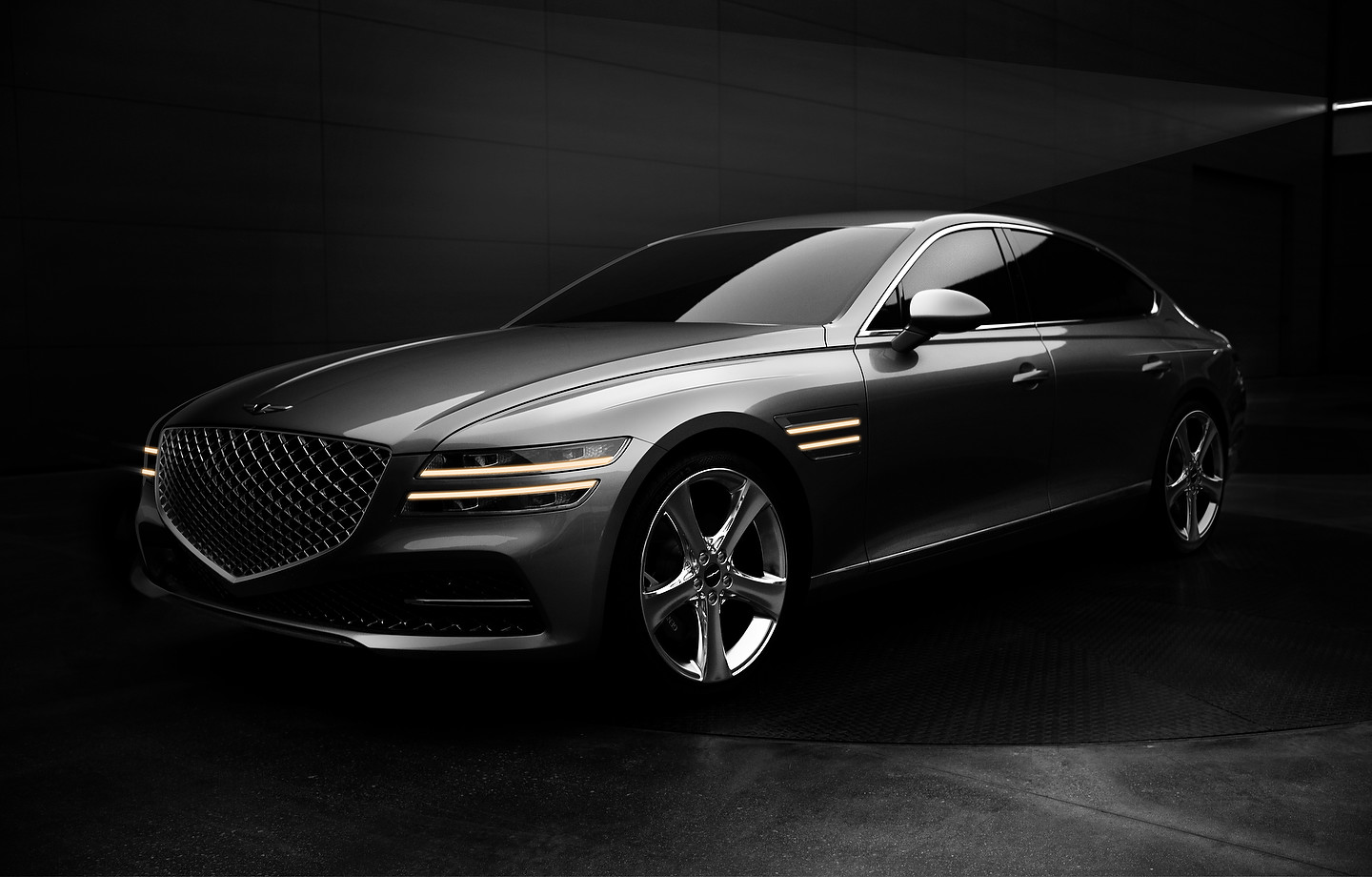 With styling reminiscent of the also-new GV80 crossover.

The Genesis G80 was getting a bit long in the tooth, as it was actually introduced as the second-generation Hyundai Genesis for the 2015 model year. The Korean luxury brand has just revealed the first images of its fully-redesigned midsize sedan.

Unsurprisingly, it boasts styling reminiscent of the also-new Genesis GV80 crossover, with a huge hexagonal grille, split horizontal headlights with LED striping as well as a character line that stretches from the front fascia to just above the taillights. The 2021 Genesis G80 also adopts the trendy fastback silhouette, although the car should have a proper trunk.

The G80’s interior is pretty snazzy, with wood panelling on the dashboard and centre console, chrome switchgear and available Nappa leather upholstery. An 18-speaker Lexicon surround-sound system should be available as well, while a 14.5-inch widescreen display is perched on the dashtop, and according to the company, “special care was taken to reduce the thickness of the A-pillars and the size of the rearview mirror, giving the driver a relaxed and panoramic view when seated.”

No word on powertrains, but we don’t see why it would offer the same ones as in the GV80. That means a turbocharged, 2.5-litre inline-four and a twin-turbo, 3.5-litre V6. Output is unknown at this time, but we figure about 290 and 400 horsepower, respectively. The current-generation Genesis G80 has a 311-horsepower, 3.8-litre V6, a 365-hp twin-turbo 3.3L V6 and a 420-hp 5.0L V8. Like the outgoing car, the new one will ride on a rear-wheel-drive platform, but the Canadian market will get AWD as standard.

The 2021 Genesis G80 follows the recent unveiling of the GV80 crossover, but also the full-size G90 sedan refresh. The compact Genesis G70 was introduced almost two years ago and has drawn rave reviews since. Look for the new midsize sedan in Canada sometime in the second half of 2020.

The first units of the electric pickup have left the assembly plant. The company wants to have delivered 50 vehicles by the end...
Read more
Previous article‘The Batman’ Director Gives Us First Glimpse of New Batmobile
Next articleUS Pricing For 2021 Audi RS 7 Sportback Set At $114,000