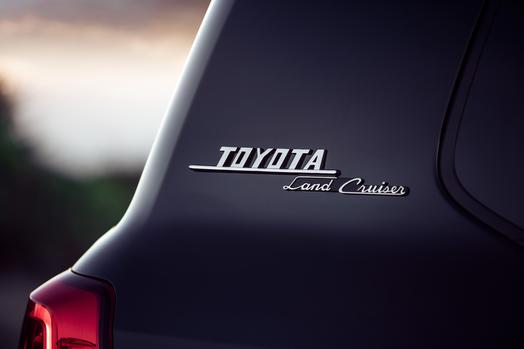 New 2022 Toyota Land Cruiser will be more powerful, lighter, and get a GR version

Details about the new 2022 Toyota Land Cruiser have leaked on a few occasions recently. The most notable is the fact that the V8 is gone (as expected), replaced by V6 engines, and that a GR iteration will be offered. As well, the new Land Cruiser will be assembled on the same TNGA-F platform as the soon-to-be-revealed 2022 Tundra pickup.

The new TNGA-F body-on-frame platform will ensure that the 2022 Land Cruiser will maintain its robust and creditable off-road abilities. The 2022 model will be 15mm longer than the last 2021 vehicle, about 10mm wider, 35mm taller while the wheelbase will be nearly identical, according to Motor1.

The introduction of turbocharged V6 engines will up output and, in theory, lower fuel consumption. One will be a 3.3-litre diesel V6 while the other will be a turbocharged 3.5-litre V6 petrol engine. Its output will be 409 horsepower and an impressive 480 lb.-ft. of torque from 2,000 rpm to 3,600 rpm. In contrast, the 5.7-litre V8 produced 381 horsepower and 401 torques. The V6 won’t sound as good as the V8 though… There are rumours concerning a hybrid variant as well.

Although it’s unclear if the Toyota Land Cruiser will return to the US, a next-generation Lexus LX is on the way. Meanwhile, we’ll get to know more about these trucks when Toyota reveals the new 2022 Tundra.

The Windshield could separate from the vehicle in a crash, thus risking injuries to the passengers Water leaks and wind noises could also...
Read more
Previous articleTesla Found Guilty in Norwegian Court of Throttling Charging and Range
Next article2022 Hyundai IONIQ 5 Arriving in North America This Fall