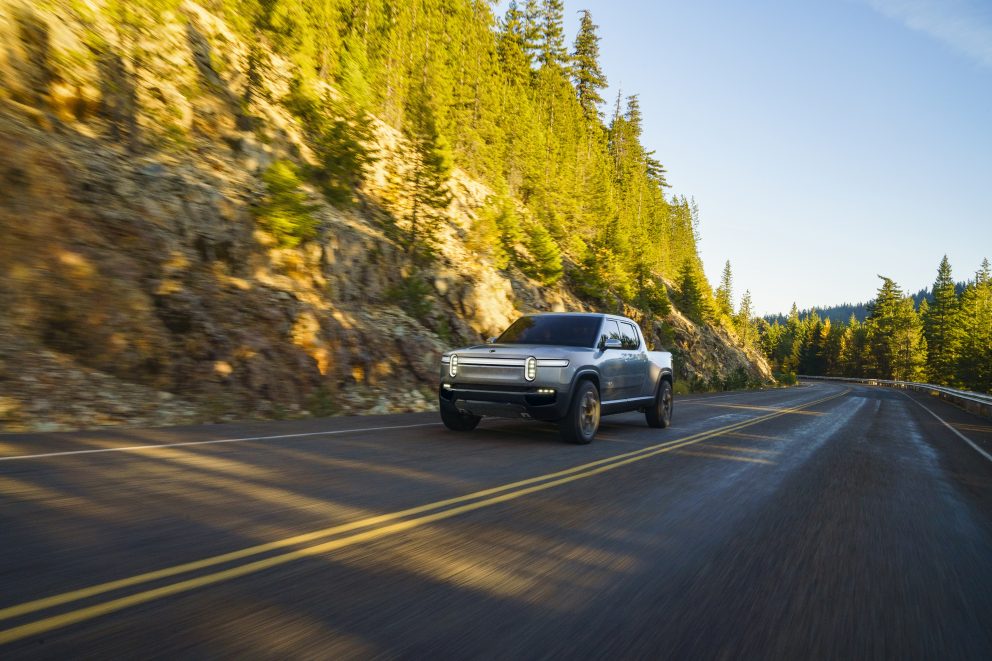 Rivian’s on a roll and on its way to show North America and the world that it can make world-class electric vehicles. Just over two years ago, Amazon placed an order with Rivian for 100,000 delivery vehicles. This announcement came roughly 10 months after the tech giant invested some $700 million into the EV startup.

The First Production Rivian R1T is Ready to Roll

In a securities filing just ahead of Rivian launching its IPO later this year, Amazon has revealed that it owns approximately a 20% stake in the electric vehicle manufacturer. Amazon’s shares are valued at an estimated $3.8 billion, up from $2.7 billion at the end of 2020.

Despite Rivian’s $10.5 billion raised from investors to date, they’re poised to post a quarterly loss of $1.28 billion according to Bloomberg.

Rivian is poised to go from “zero” to “hero” as an overnight success nearly 13 years in the making. Their R1T pickup has finally begun rolling off the assembly line. The R1S SUV is expected to hit the road soon. The first 10,000 Amazon delivery vans should be delivering sometime in 2022.

The virtual concept is now a steel one. Still not in production The EV Roadster is meant to bring attention to Nissan's future...
Read more
Previous articleToyota and Lexus Vehicles will Receive a New Infotainment System by 2025
Next articleLimited-Edition Mopar ’22 Dodge Durango Will be at SEMA and in Showrooms