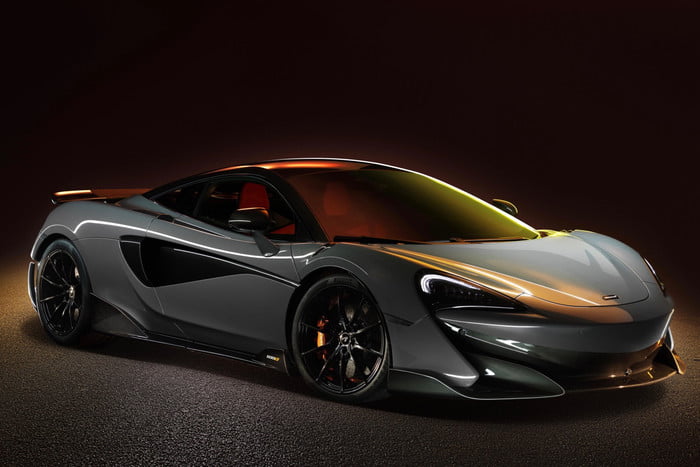 A McLaren LT, or Longtail, is the most track-focused car of its series. The 675LT, the previous LT car from the Super Series sold out quickly despite 500 coupes and 500 spiders seeing the light of day. In the 600LT’s case, production of the Coupé begins in October 2018 and will last for around than 12 months. If you’ve thought about buying one, it’s probably too late already…

What makes the car so special? An LT features more power than the car it is based on, in this case, a 570S, weighs less, has optimized aerodynamics, and is completely track-focused.

The 600LT’s 3.8-liter twin-turbocharged V8 engine will generate 592-horsepower and 457 lb.- ft. of torque. The longtail name also refers to overall length. The 600LT will be 2.9 inches longer than the other Sports Series models thanks to new carbon fiber bodywork. Elements such as a new front splitter, side sills, extended diffuser and fixed rear wing will greatly differentiate it from the 540C and 570S.

This car looks incredible! It certainly looks like the next chapter in the storied history of the McLaren ‘Longtail’.

The automaker will consolidate its electrification strategy for all of its vehicle development programs on April 1st. Honda will also combine its six...
Read more
Previous article2018 Ford F-250 Super Duty Limited Review
Next articleThe NAIAS moves away from January