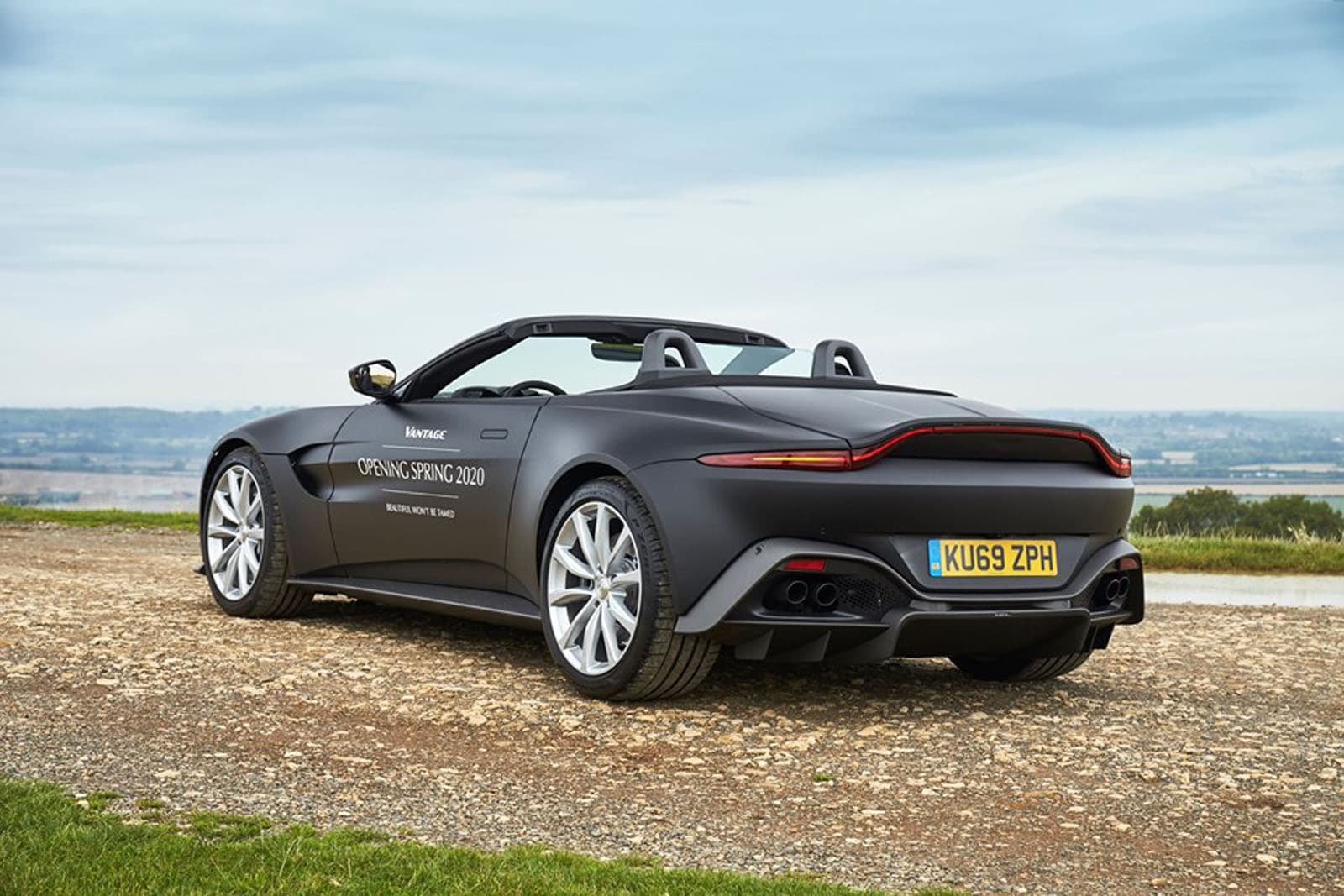 The Aston Martin Vantage Roadster showed this morning is technically a concept, but you can tell immediately that it’s not far from production.

It’s been almost two years since the Aston Martin Vantage coupe was introduced to the market and a convertible version is long overdue. The new roadster version of the Vantage will be unveiled this spring according to the images published by Aston Martin.

Aston Martin didn’t give out too much information on the Vantage Roadster aside from the arrival date, but we can immediately assume that it will powered by a 4.0-litre twin-turbo V8 making 503 horsepower like in the coupe. The engine built by AMG also makes 505 pound-feet of torque that’s sent to the rear wheels through an 8-speed automatic gearbox.

Top speed in the coupe is rated at 195 mph and getting to 60 mph requires only 3.5 seconds. We expect the Aston Martin Vantage Roadster to reach 60 mph in less than 4.0 seconds although it may need a tiny bit longer than the coupe.

Aston Martin will unveil the Vantage Roadster after another very important model for the British automaker, the Aston Martin DBX SUV which is scheduled to see the day before the end of the year.

The parking pawl might not engage fully due to a manufacturing defect Only the 9-speed automatic transmission is affected A fix has yet...
Read more
Previous articleVolkswagen Unveils New R Logo for its Performance Vehicles
Next articleCanadian 2020 Subaru Impreza Pricing Announced