As the second model in Audi’s EV model range, the e-tron Sportback is an SUV coupe that serves up performance, style and environmental friendliness.

The 2020 Audi e-tron Sportback has been unveiled during a media event, before heading to the Los Angeles auto show floor tomorrow morning. This new fully electric SUV coupe is the second model in Audi’s lineup to rely solely on electric propulsion, joining the Audi e-tron quattro that went on sale in June 2019. This new model will also rival the Jaguar I-PACE, the Mercedes-Benz EQC and, to a certain degree, the Tesla Model X.

The five-passenger e-tron Sportback boasts four doors and a fastback roofline, following the current trend of more dynamically styled SUVs and crossovers. It’s built on the same platform as the e-tron quattro and shares about the same dimensions, although the Sportback’s overall height is slightly lower.

The exterior design is similar to the e-tron quattro’s, although it little sportier thanks to the available S line package that includes 20-inch alloy wheels, a more aggressive front bumper, a rear spoiler and 20-inch alloy wheels. Extra bling can be added by way of optional 22-inch wheels. According to Audi, the e-tron Sportback is even more aerodynamic than the “regular” e-tron with a drag coefficient of 0.25—that’s exceptional for a crossover vehicle.

Two trim levels will be offered for now. The Audi e-tron Sportback 55 quattro relies on an electric motor on each axle, and together, they produce 355 horsepower (265 kW) and 414 pound-feet of torque, providing the EV with a 0 to 100 km/h time of 6.6 seconds. In the S drive setting, flooring the throttle will activate the boost mode, which temporarily increases output to 402 horses (300 kW) and 490 pound-feet, reducing the 0-100 km/h time to 5.7 seconds.

Driving range is rated at 442 kilometres on a single charge, based on the WLTP cycle that’s used in other markets. The actual figure for the Canadian market, based on Natural Resources Canada’s test procedures, should be close to the e-tron quattro’s 329-km range.

The Audi e-tron Sportback 50 quattro generates 308 horsepower (230 kW) and 398 pound-feet, and its smaller battery pack gives it a WLTP driving range estimate of 347 km on a full charge. As for performance, this less powerful variant can scoot to 100 km/h in 6.8 seconds.

Inside, the 2020 Audi e-tron Sportback is pretty similar than what we’d find in the regular e-tron. The biggest difference is cargo space, as the Sportback is rated at 615 to 1,655 litres (rear seats up and down), while the e-tron quattro’s cargo capacity is 660/1,725 litres.

We expect the Audi e-tron Sportback to hit our market in early 2020. Pricing has not yet been announced, but this new fully electric crossover should cost a little more than its conventional equivalent, so figure a base price of around $95,000 for the e-tron Sportback 55 quattro. If it’s available in Canada, the 50 quattro might start at about $85,000. 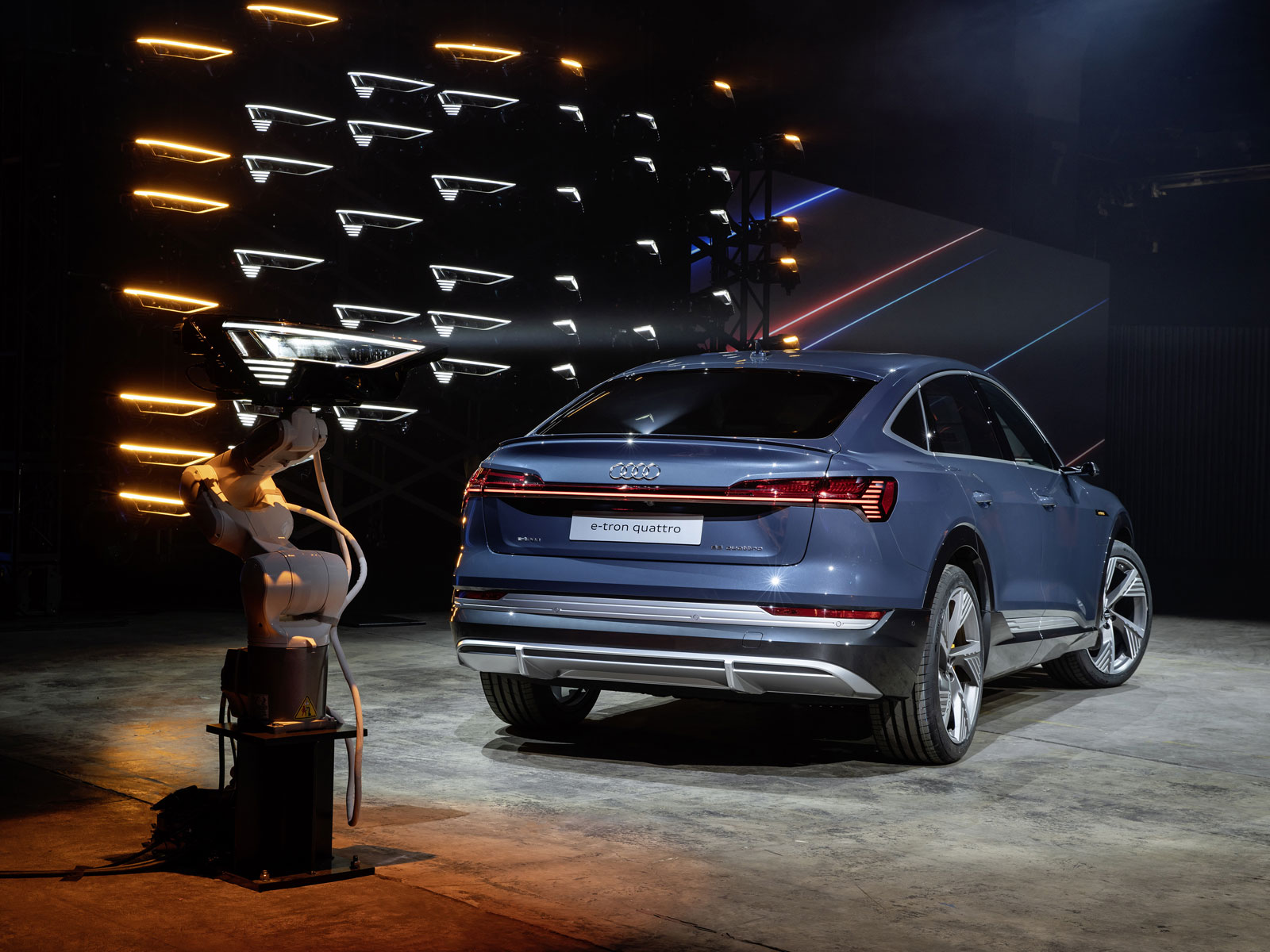 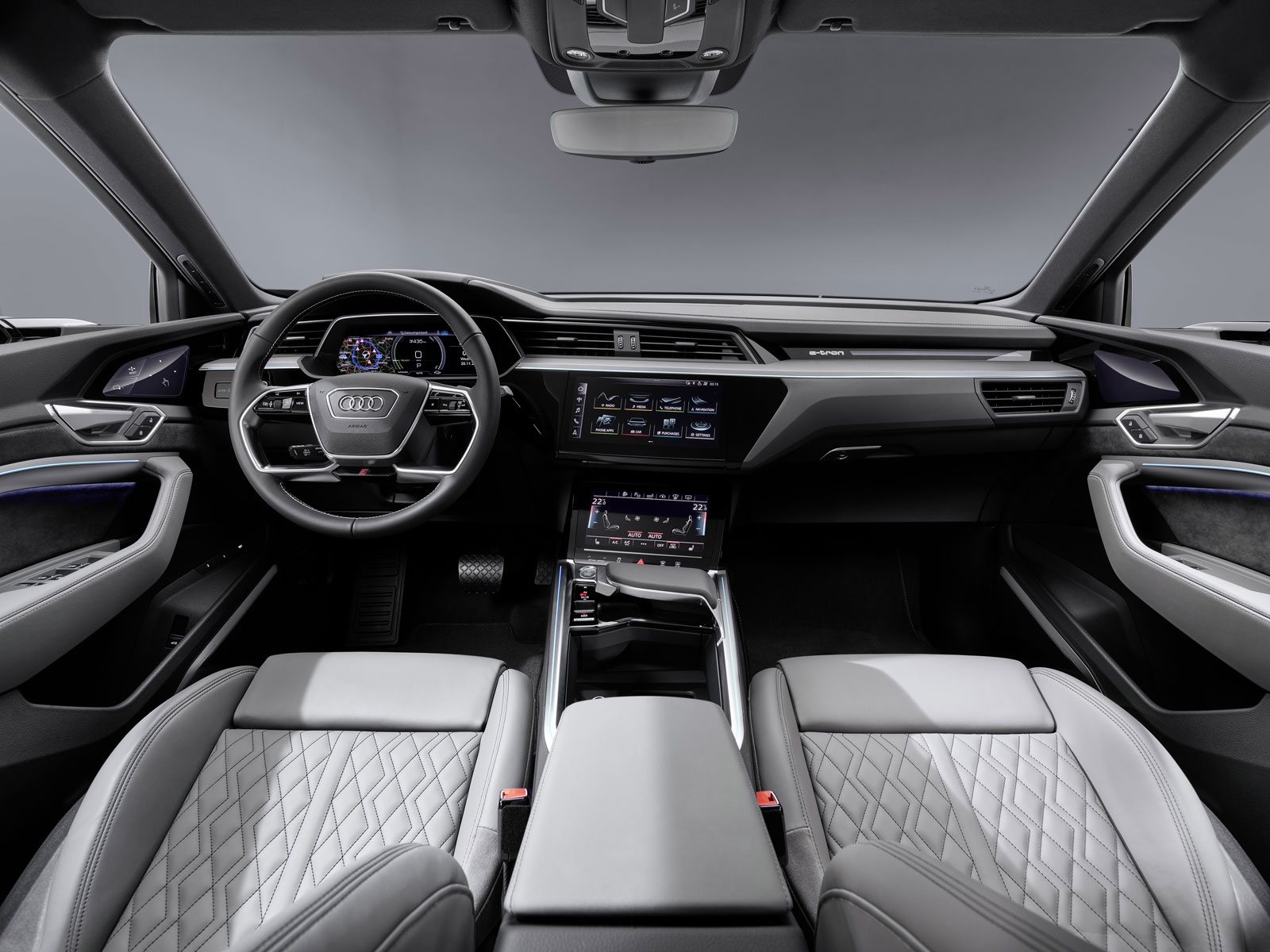 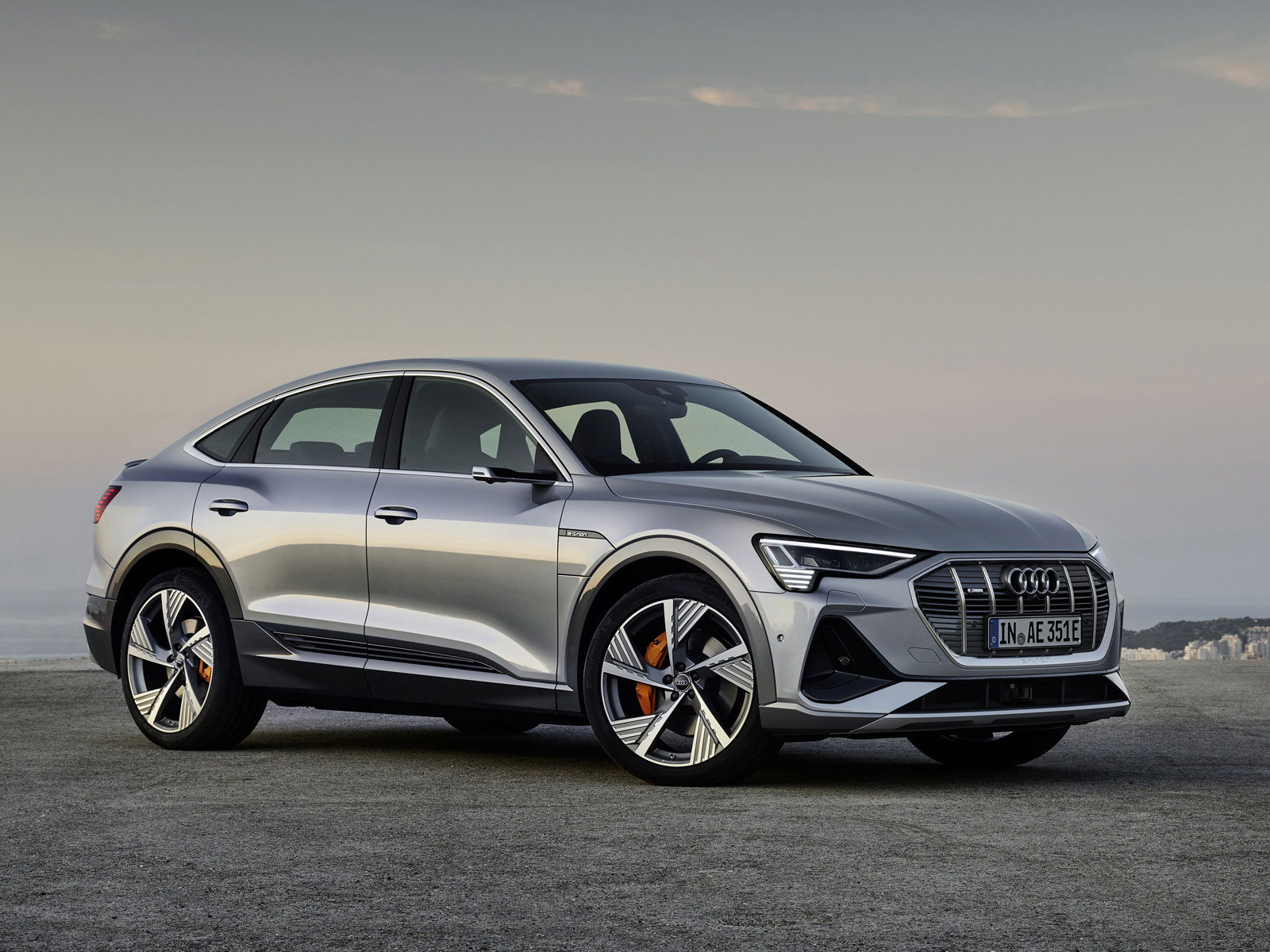