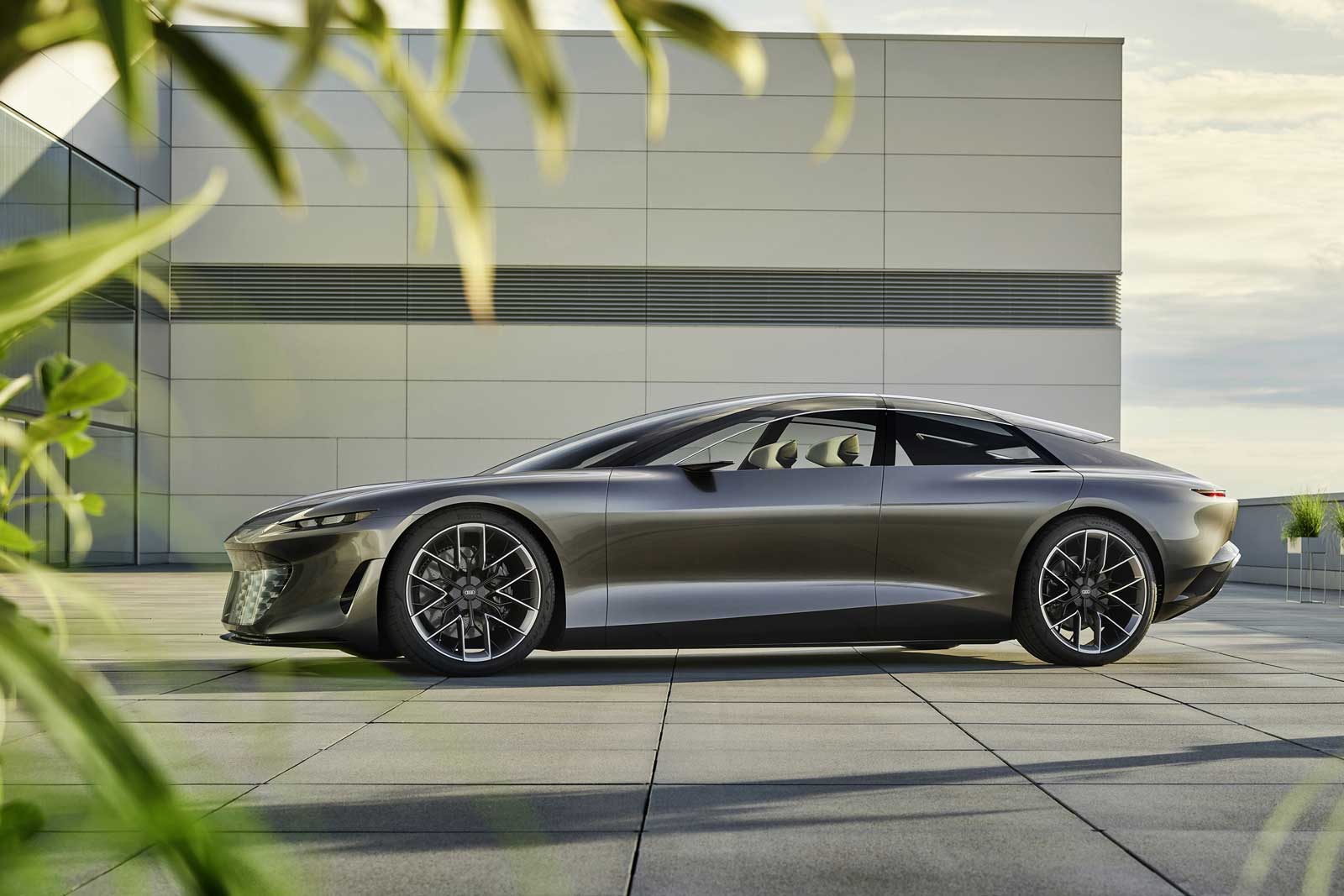 As the automotive industry is gearing up for a world filled with electrified and autonomous vehicles, it’s clear that a new trend will emerge regarding cockpit design and ergonomics. The just-unveiled Audi grandsphere concept is the German brand’s vision of what the interior furnishings of its future models will look and feel like. 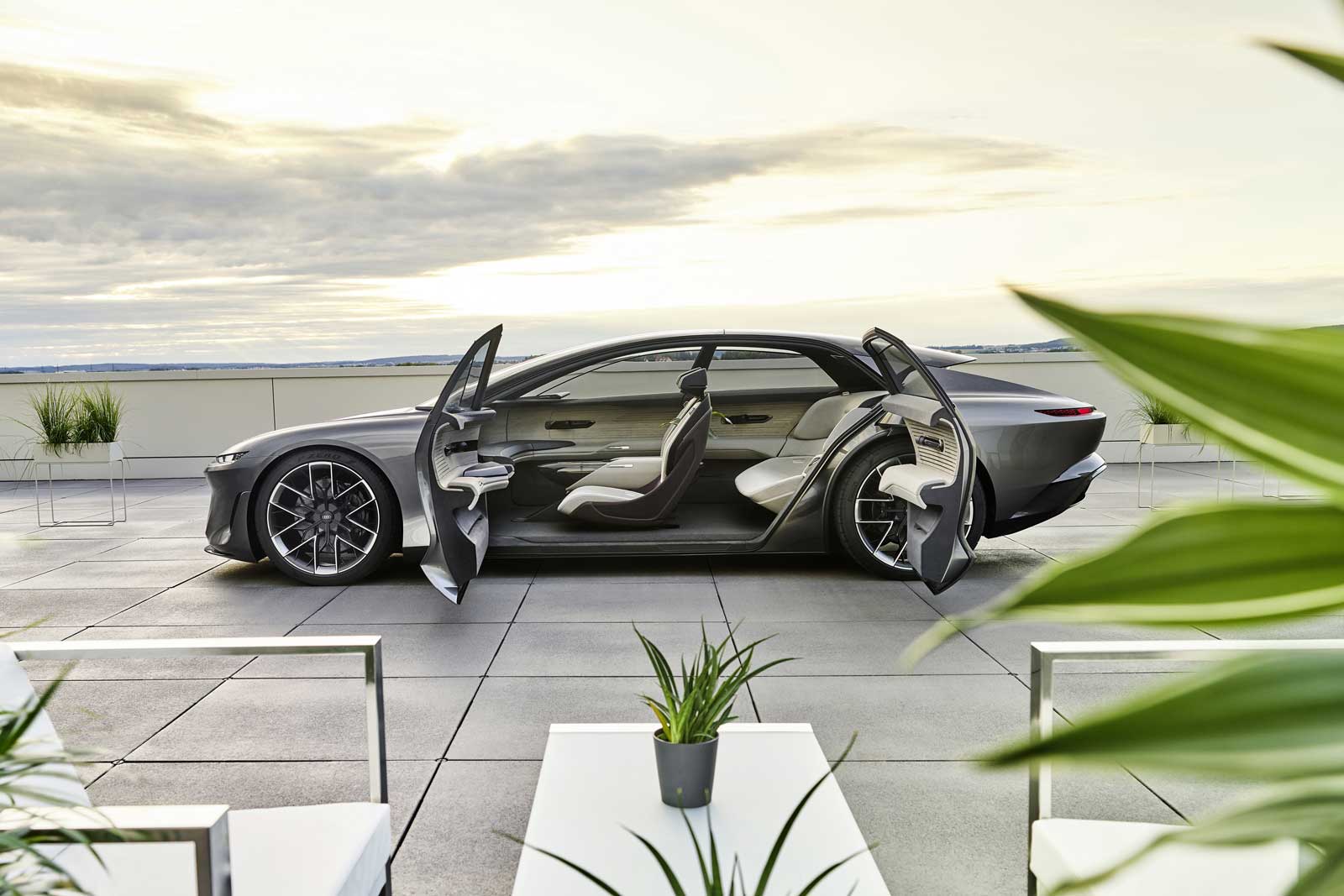 The grandsphere (lowercase, thank you) actually showcases a cockpit designed with the front-seat occupants in mind, offering a travelling experience not unlike the first-class accommodations of an airplane. In front of the multiadjustable seats is an immense curved surface serving as a projection space for watching video and for consulting trip information, with a minimalistic layout that Audi qualifies as a “digital detox.” Occupants can set a destination and relax with Level 4 autonomous driving, toggling through menus with the help of eye-tracking technology. If someone really wants to drive, he or she can deploy the steering wheel that’s hidden behind a dashboard panel. 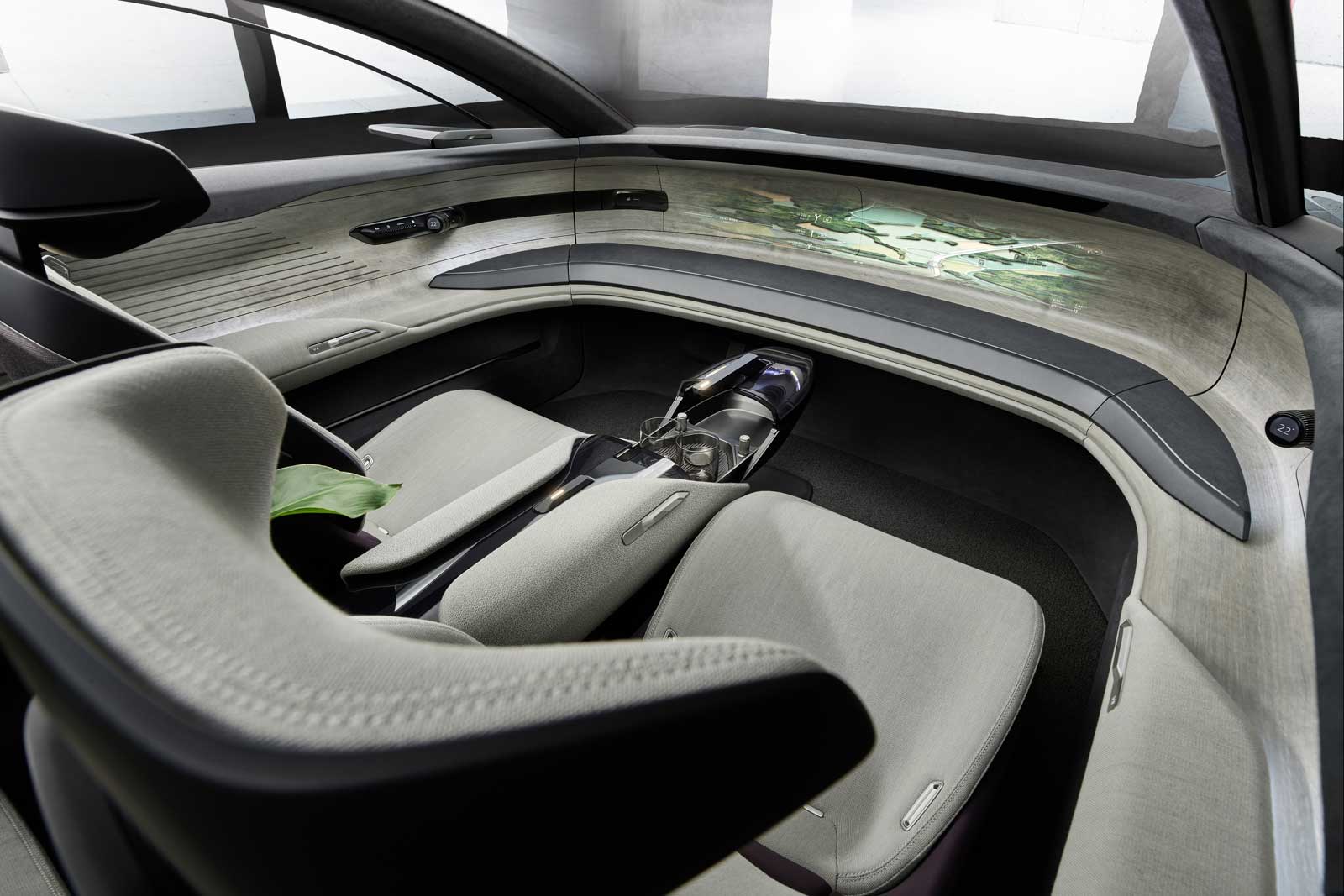 In addition, the climate controls are mounted in the doors, and can be operated either physically or with gestures. A motorized centre console houses a compartment to serve food and cold drinks, and there’s even a plant between the two front seats to add a touch of warmth inside. 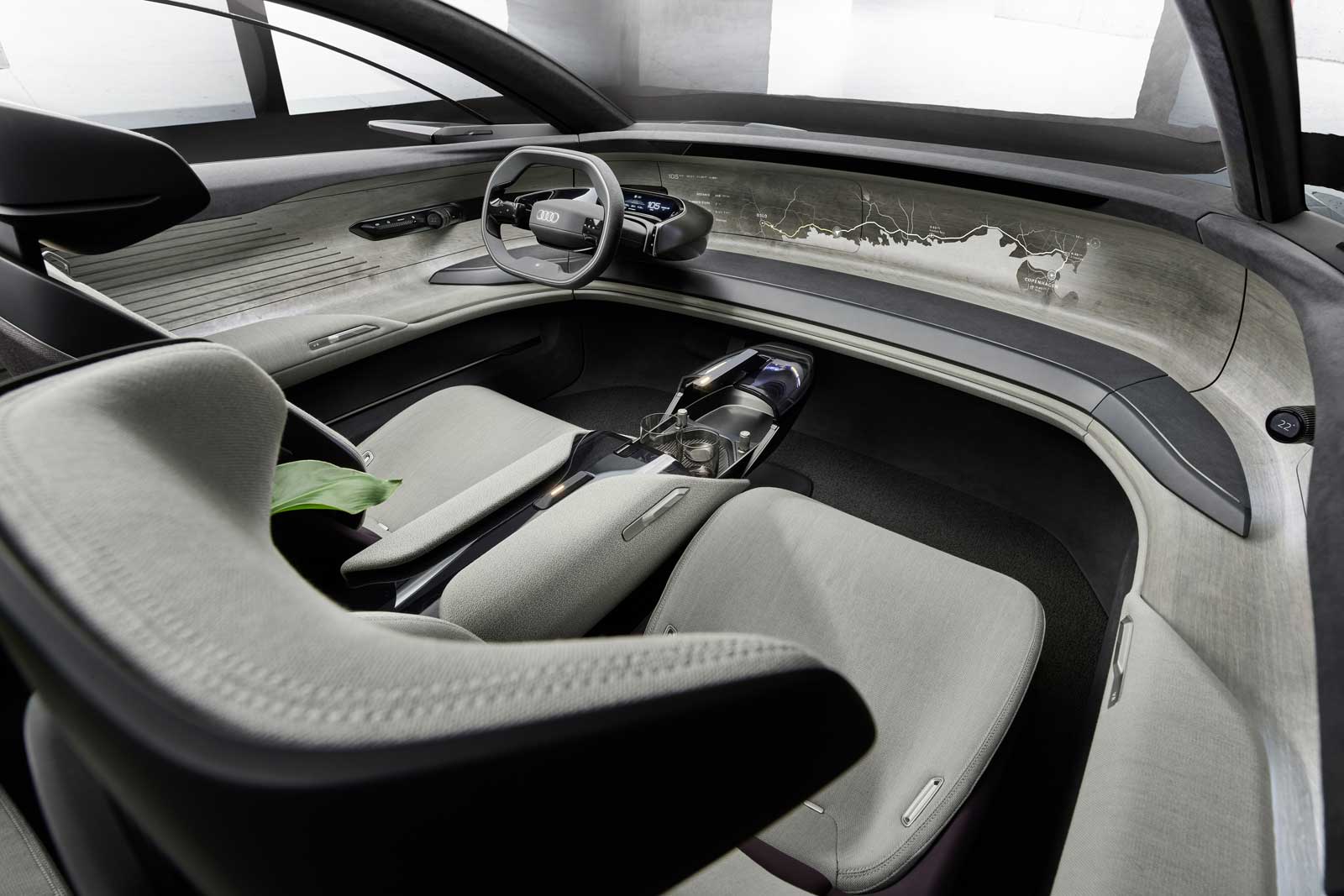 There’s room for rear-seat passengers, but they won’t be as coddled as those sitting up front. These two seats are accessed through a pair of suicide doors, and plenty of light will come in through the entire glass roof. The car measures 5.35 metres in length (that’s 17.6 feet) and rides on a 3.19-metre (10.5-foot) wheelbase. Width is announced at 2 metres (6.6 feet), while overall height is set at 1.39 metres (4.6 feet). 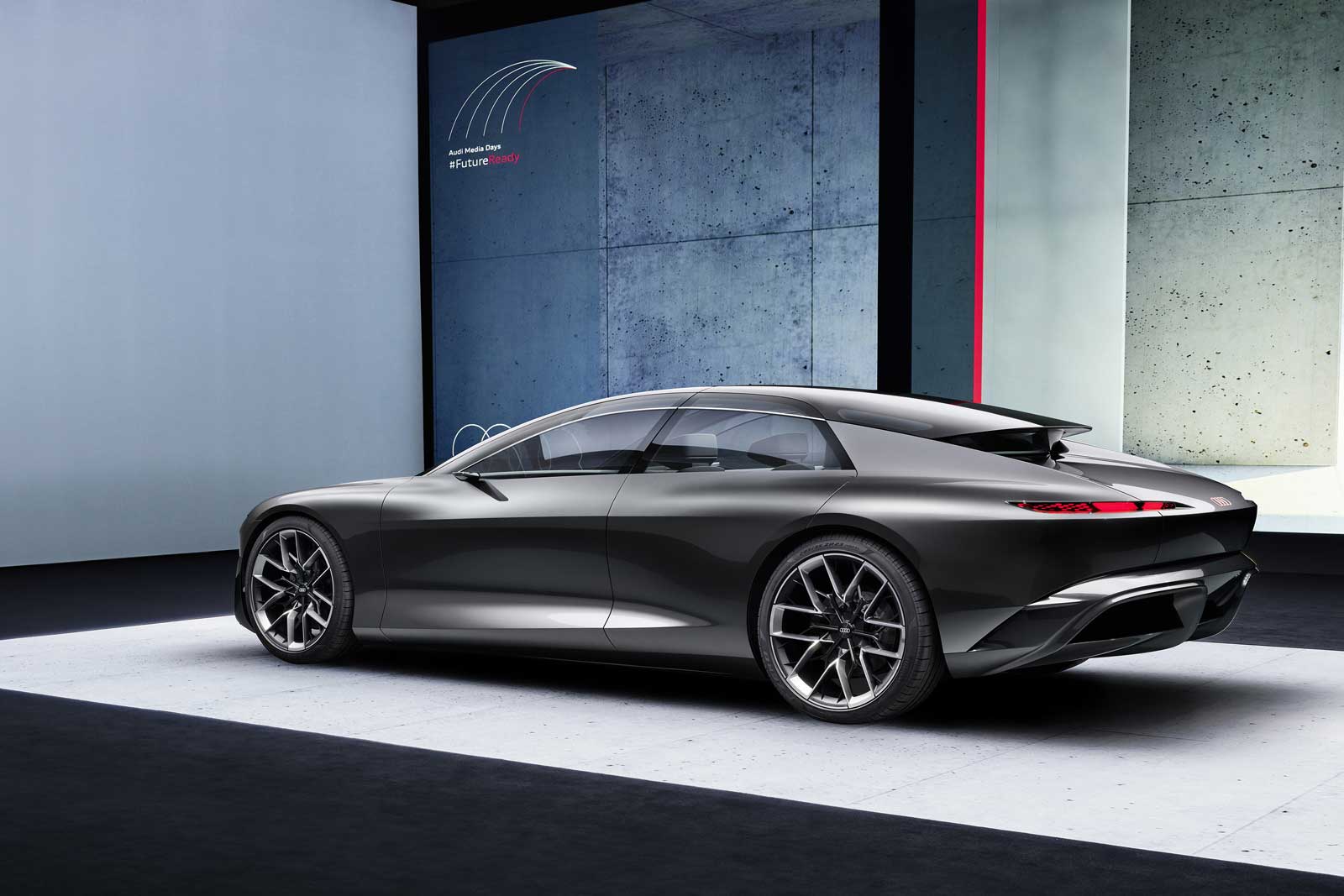 The Audi grandsphere concept shows off a Grand Touring look with its sloping roofline and liftback, just like its current range of Sportback variants in both its car and crossover model lines. The exterior design isn’t as wild as the variable-wheelbase Audi skysphere concept that debuted during Monterey Car Week in California, but isn’t any less eye-catching. The grandsphere’s flat and wide bodywork looks resolutely aerodynamic and speedy, while the front end presents a new interpretation of the brand’s visual identity, including what is called the “Audi eye.” 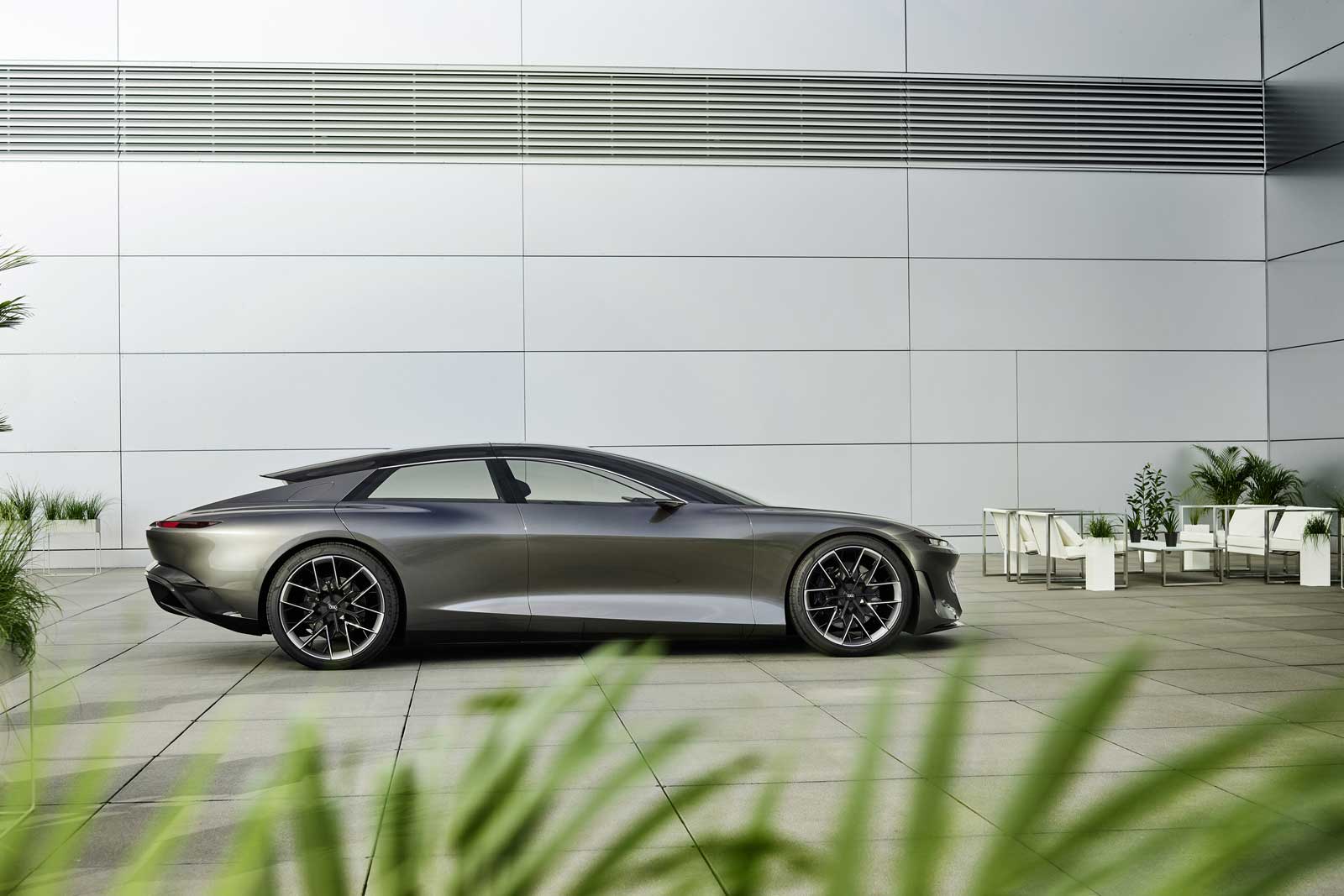 Underneath that wedge-shaped body is the company’s Premium Platform Electric (or PPE) architecture, in addition to a pair of electric motors that develop a combined 530 kW or 711 horsepower, along with 960 Nm or 708 pound-feet of torque, good for a quattro all-wheel drivetrain and a 0-100 km/h (0-62 mph) blasts of just over four seconds. Meanwhile, the 120 kWh battery pack provides a range estimated at 750 km or 466 miles, with quick juice-ups thanks to an 800-volt architecture and 270 kW max recharge speed. 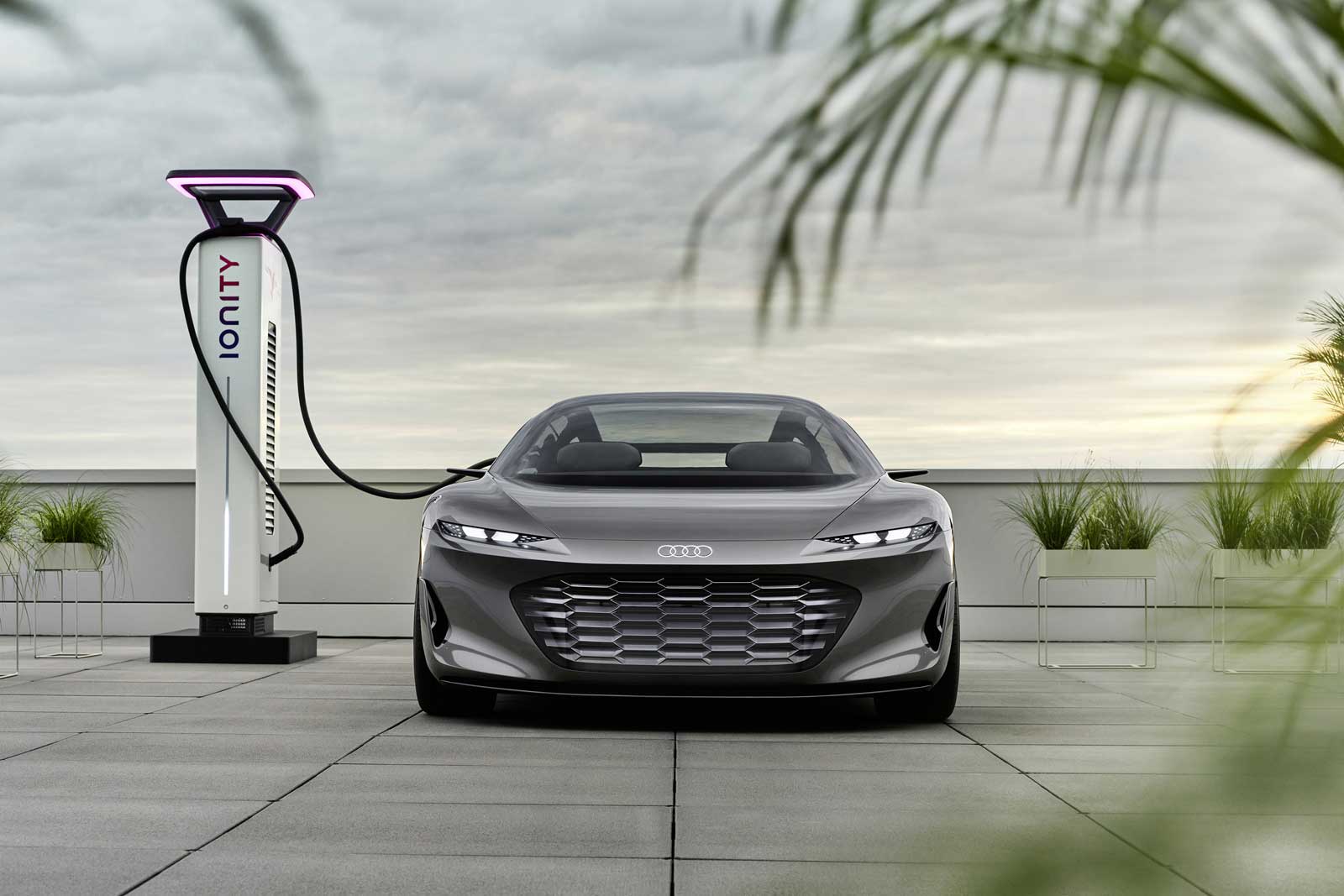 It may be a design exercise for now, but the Audi grandsphere concept will inspire a production model that should be unveiled by mid-decade. It’s also the second of three “sphere” concept cars that will debut for the German brand, which present a “new era of progressive luxury.” The last one will debut in 2022 and will be called the Audi urbansphere.

The extra length will come from a longer bed. The current bed is 5 feet long. Ford essentially owns the pickup genre in North...
Read more

The supply chain crisis is still ongoing and it is causing problems for many automakers Close to 100,000 GM vehicles are currently waiting...
Read more

The GMC Savana and Chevrolet Express have been largely unchanged since 1996 General Motors already has the BrightDrop electric delivery vans in its...
Read more
Previous articleSEAT Cupra Urban Rebel Shows Potential of Future Small Urban EV
Next articleChevrolet Bolt recall turning into a nightmare for owners