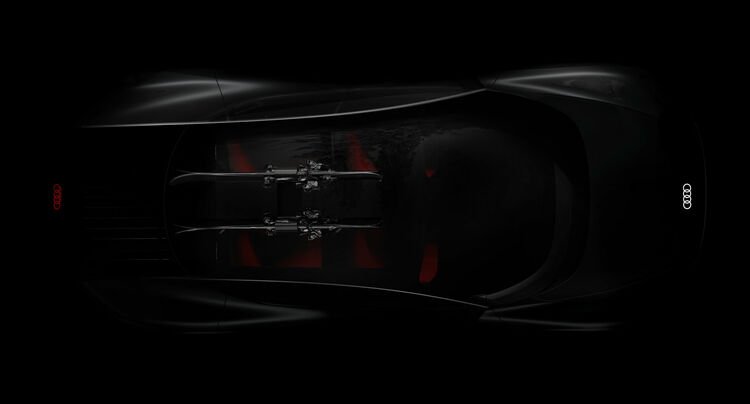 Audi is getting ready to reveal the fourth entrant in its Sphere series of concept cars. The Audi Activesphere concept car is aimed at owners looking for outdoor adventures ranging from watersports to mountain roads, with planned new communication technologies.

The Activesphere concept joins three already revealed concept cars. The Skysphere, Grandsphere, and Urbansphere are all-electric concept vehicles aimed at showing Audi’s vision of the future of premium mobility. Which is automaker-speak for “we wanted to let our designers have some fun so check out what they’ve done!”

Urbansphere was the most recent concept revealed. Aimed at China’s megacities, it is a (don’t say it) electric minivan concept car. The concept offered a larger interior than any other Audi yet built and added digital services and new tech inside.

Grandsphere was called “the private jet for the road.” A grand touring sedan, it was designed with Level 4 automated driving in mind. The cabin offered first-class luxury with the ability to drive itself over long distances, replacing shorter airline flights.

Skysphere was the first, revealed in 2021. The electric roadster was a preview of the next generation of Audi design, with cues we’ve already seen on e-tron electric models. The interior was meant to be an interactive space for the driver and passengers.

This is actually the second teaser Audi has revealed for the Activesphere concept car. The first showed a high-riding four-door coupe. Sort of an off-road coupe, aimed at buyers who wanted their Audis big on style but with off-road capability. An A7 Safari, if you will.

With the latest teaser, Audi shows a top-down view of what appears to be the same vehicle. We can see into the cabin and see a ski rack mounted to the glass roof.

This is the third time a similar incident happens with different EVs at an Electrify America station. The vehicle will need to receive...
Read more
Previous articleAll-New 2023 Chevrolet Colorado Priced From $30,695 in the US
Next articleRimac shared some very interesting details about the next Bugatti