New usage tax down under has drivers frustrated

Electric vehicle owners in one Australian state have been ordered to comply with a strange and somewhat concerning new way of collecting taxes from the vehicle. They’ve been directed by the state’s road authority to send in a picture of their odometer. And they’re responding exactly as you’d expect.

The new tax rule started July 1 in Victoria, Australia, The Driven reports, and charges EV owners there 2.5 cents for every kilometre. That’s a $375 bill for a driver doing around 15,000 km per year.

Drivers have two choices. They can either send in a photo of their odometer, which was due yesterday, or that can be assessed using an “average daily use” figure which the state has yet to determine. 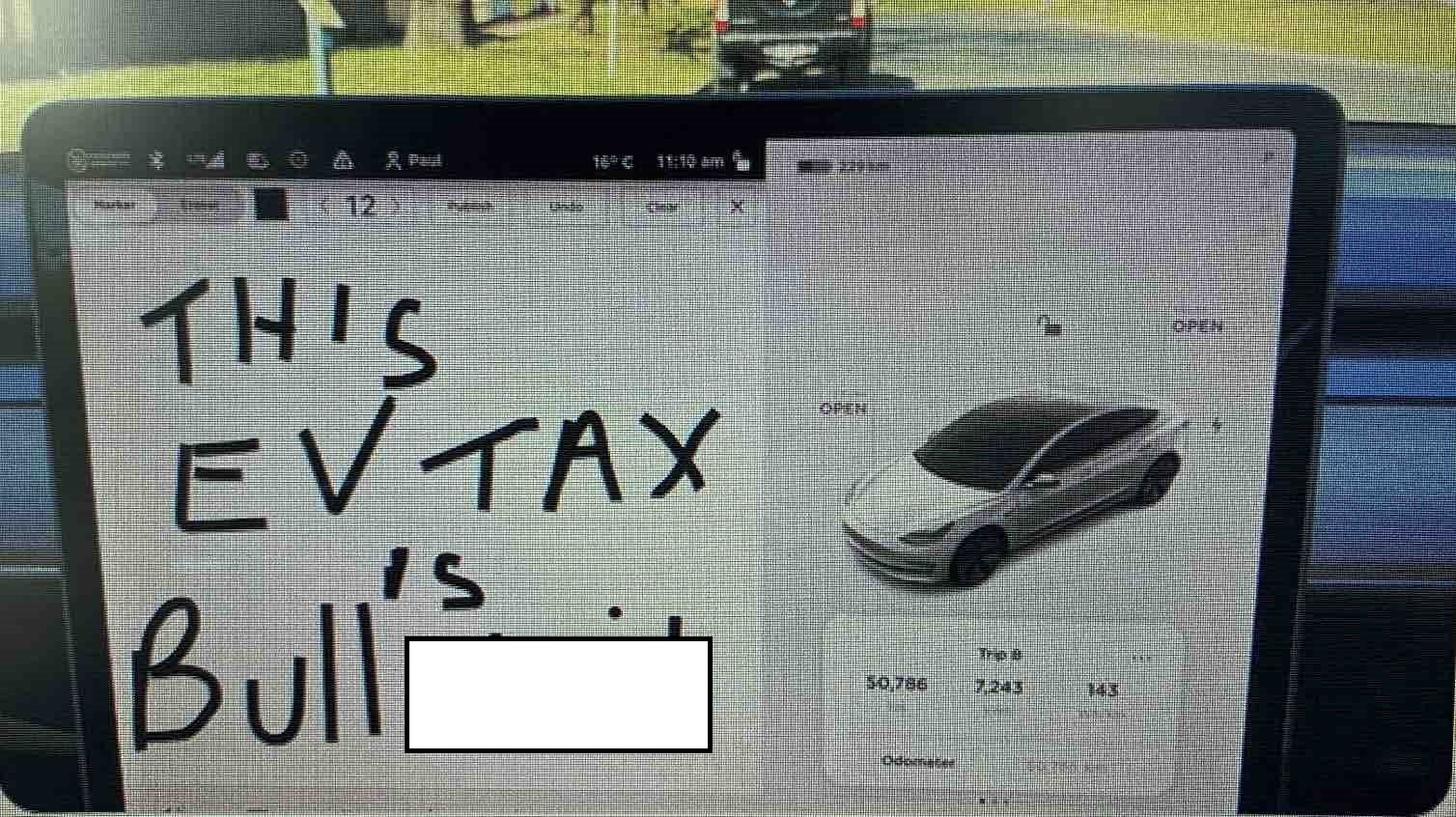 Australian EV owners are not happy, and some are using their photos to express it. The Driven posted this photo (which we have censored) which uses Tesla’s sketching app to send a clear message to the government.

The state government took a great deal of political fallout when it introduced a $3,000 rebate for the first 4,000 new EVs sold in the state, and this tax is a result working to offset it.

The tax will still apply to existing owners of EVs. It will also apply to driving done outside of the state, another measure that angers owners.

Strangely, PHEV buyers will be taxed at 2c/km, without regard for their gas versus electric use. Those vehicles also pay the 42.7c/L Australia excise gas tax and 10 percent GST on their gasoline use.