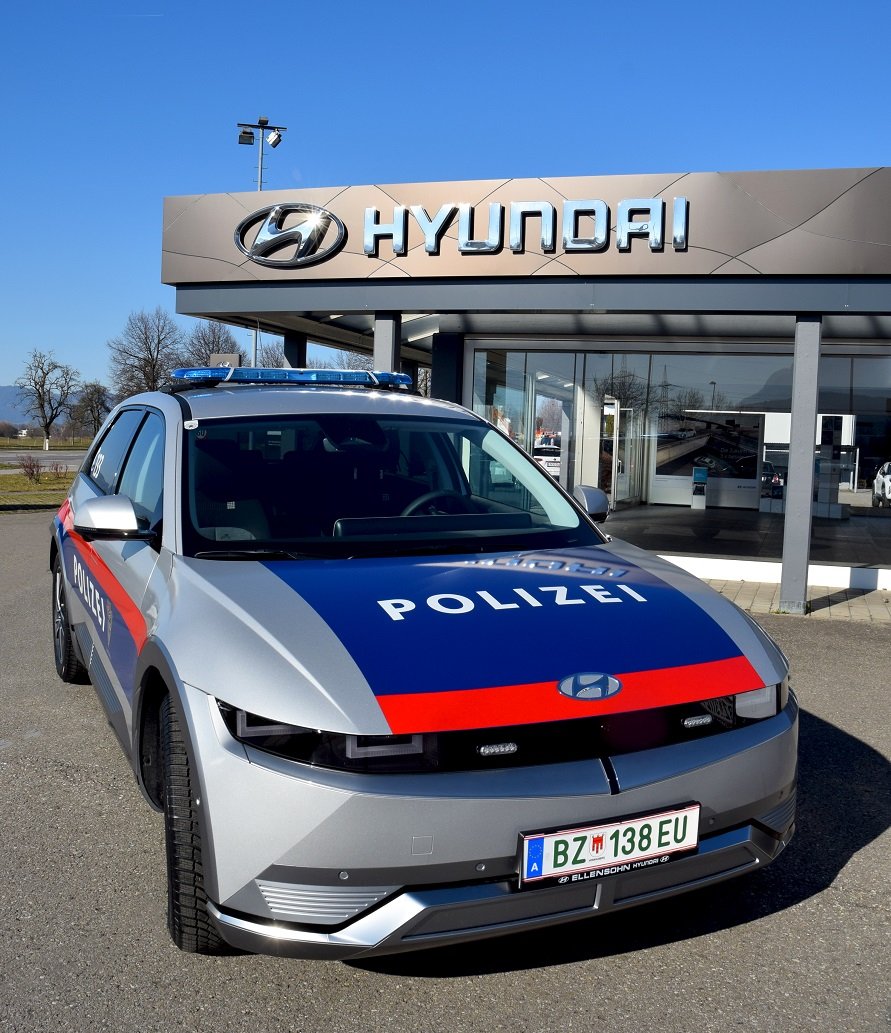 A pair of Hyundai Ioniq 5 EVs have been turned over to police in the Austrian city of Bludenz. They mark the first EV police cars for the city, the first Hyundai emergency vehicles in the country, and are the first Ioniq 5 models put into this sort of duty that we’re aware of.

The city of Bludenz is an e5 municipality. It’s a program in Austria that is meant to push cities and towns to improve environmental sustainability and reduce energy consumption of its mobility, development, and other factors. One of the goals is to help slash vehicle emissions from the city’s fleet.

Austrian publication AutoGuru reports that officials in the city tested various EVs before deciding on the Hyundai. It offered more space than comparable EVs, which was important to officers who carry an ever-increasing amount of tech and gear on their daily rounds.

“As a MissionZero pilot community, our goal is to save as much CO2 emissions as possible. The topics of climate protection and sustainability are part of the policy with which we want to advance our city. This also includes the step-by-step conversion of the city of Bludenz’s vehicle fleet to e-vehicles. With the city police’s new e-service car, we are consistently continuing on this path,” said Mayor Simon Tschann.

Hyundai Austria officials said that they were pleased that the city picked the Ioniq 5, and said that its Vehicle2Load function, which allows the Ioniq to power other electrical devices and even charge other EVs, helped make it ideal for this use case.

It features two new hybrid powertrains. The CX-90 is not only the most powerful Mazda ever but the most luxurious. Mazda Canada has just...
Read more
Previous articleNHTSA is Holding a Period of Public Comment on its Proposed Changes to 5-Star Ratings
Next articleBuyers Who don’t Choose FSD Could Wait Up to Three Times as Long for Their Tesla