If someone would have said 5 years ago that Jaguar would be one of the first automakers to introduce an all-electric luxury vehicle to the market, few would have believed it. Well, here is the 2019 Jaguar I-Pace and it’s shaping up to be a strong contender to the Best Electric Car 2019 title.

It’s hard to pinpoint exactly which vehicles the I-Pace competes against. With a starting price of $86,500 in Canada ($69,500 in the U.S.), the I-Pace is roughly $30,000 less than a Model X, but likely double the price of the upcoming Hyundai Kona EV.

Potential buyers will likely cross-shop the I-Pace with a top-of-the-line Model 3 or Model S if they decided to go full electric, but ultimately the Jag’s main competition will come from premium plug-in hybrid offerings from Porsche, Volvo, and Range Rover.

The I-Pace isn’t quite a car nor is it a full-blown SUV. There’s still quite a bit of space in the trunk with over 650 liters of cargo space with all seats in place, but the rear seats themselves don’t exactly stand out in terms of leg or head room. To think of the I-Pace as a compact luxury SUV in terms of overall versatility would be about right.

Power comes from two electric engines divided on each axle and a 90-kWh battery that provides 377 kilometers of range (235 miles). The battery needs 12.9 hours to charge using a 240 V outlet.

Having driven the I-Pace recently, I can attest to the impressive performance of the twin-engine setup. Jaguar’s EV SUV is fast, almost Tesla-like fast. It’s also stunning inside with two digital screens dividing up the information displayed to the driver. That said, there are still physical knobs and buttons for the climate controls as well as various other functions so it’s not too much of a headache to figure how everything works. 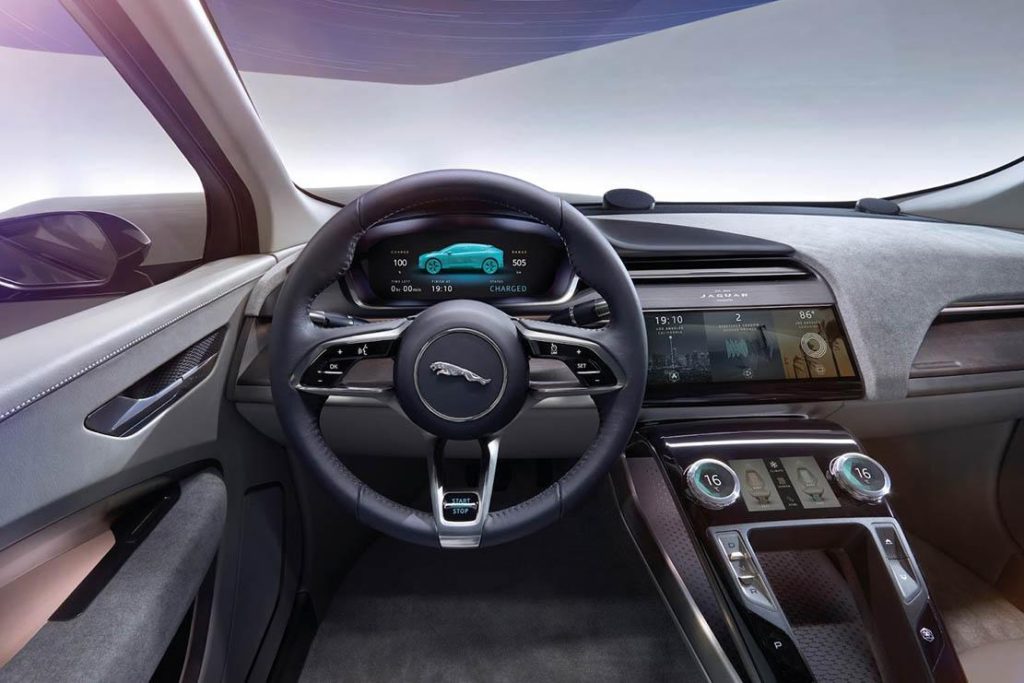 The I-Pace is also comfortable even on broken roads. It has a luxurious price tag, but it has the goods to back it up.

The 2019 Jaguar I-Pace won’t be without direct competition for long as Mercedes-Benz is coming soon with the new EQC, and Audi is set to go toe-to-toe with the Jag when the e-Tron Quattro arrives on the market next year. Still, the I-Pace won’t be out of its league, and hopefully will have served as a benchmark for these two upcoming luxury electric sport utility vehicles.