Chevrolet called the Bolt EV the first affordable long-range electric vehicle when it was put on sale two years ago.

Now, you could argue that a car that costs north of $44,000 isn’t affordable, and you’d be right. What you can’t argue is that there isn’t an EV in this price range offering as much range as the Bolt.

Thanks to a 60.0-kWh battery, the 2019 Chevrolet Bolt can travel 383 kilometers on a single charge. That’s more than the Nissan LEAF, Hyundai IONIQ and Volkswagen e-Golf by at least 140 kilometers, often more.

On the other hand, the Bolt is significantly more expensive than its three direct competitors named above. Range or value, what’s more important? 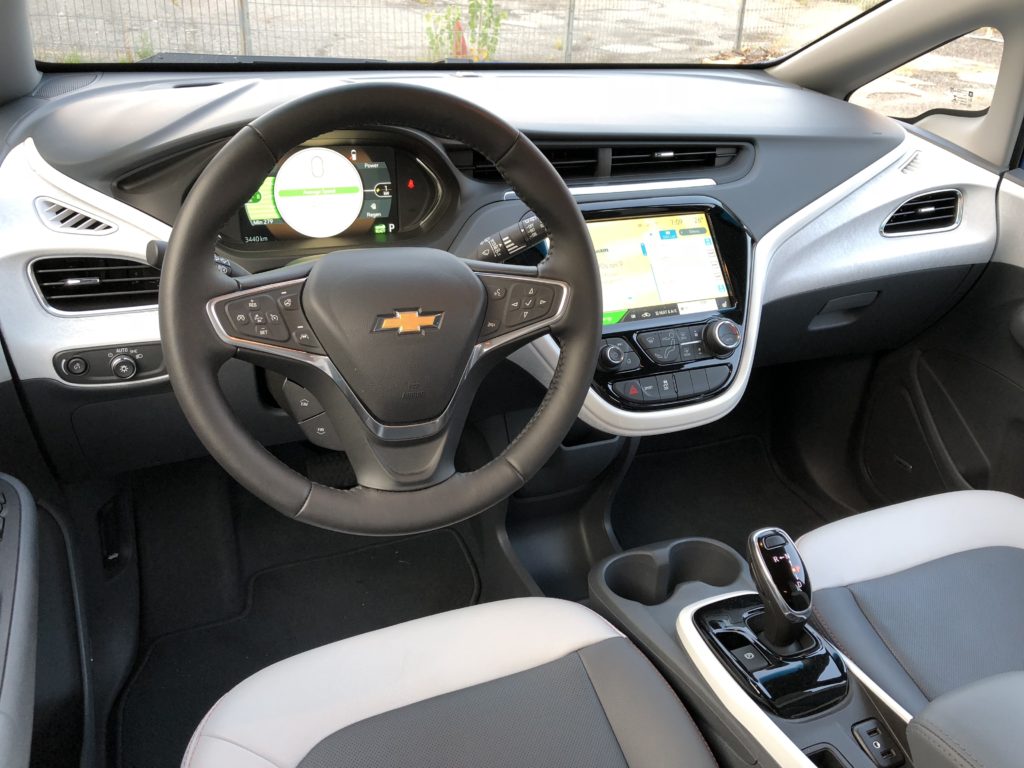 Those are questions consumers will have to answer on their own based on their lifestyle. If you do go with the Bolt, you’ll get an EV that’s certainly fun to drive and even a little sporty. The heavy battery located between the axles gives the electric Chevy a solid, planted feeling and impressive stability when cornering.

The infotainment system is fairly easy to use and the Bolt as a whole is quite spacious. The trunk can hold 478 liters which isn’t bad, but you don’t get a fully flat surface when you lower the rear seats because of the depth of the cargo area.

As for charging, the 2019 Bolt requires about 9,5 hours on a 240 V outlet, more than its competition but certainly understandable given its range.