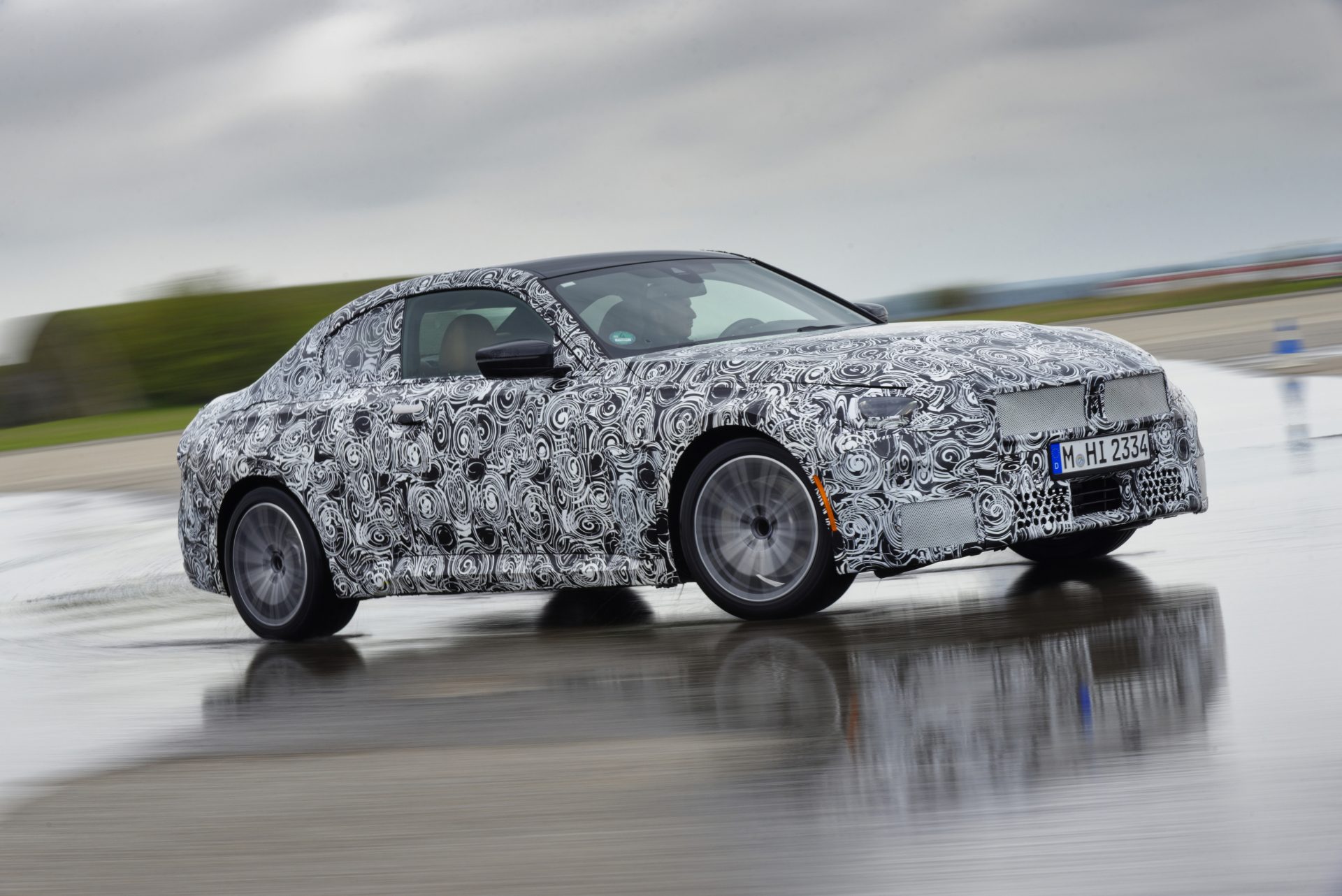 BMW‘s latest sports coupe is nearly ready to arrive. The BMW 2 Series coupe, which remains rear-drive biased unlike the four-door versions of the car, is set to start production later this summer and will continue to offer an M240i model that might be the closest thing in the lineup to what most drivers think of as the company’s glory days.

The German automaker says that the 2 coupe “continues the tradition of the brand’s particularly driver-oriented, compact and powerful two-door models,” and reminds you of the start of the brand’s driver-focused arc with the BMW 2002.

That latest model is now in the last phases of testing, dynamic testing and tuning of the car on the track and on the roads around the company’s facilities. Tuning on the Nurburgring, as one would expect of any German performance model, is accompanied by extensive public road testing around Munich and on BMW’s test site in Maisach to make sure that the dynamics of the car are up to par. BMW says that goes beyond things you’d expect like traction and ride comfort to the little things like self-steering behaviour and how it feels on the buildup to maximum cornering.

Sitting atop the 2er range at launch will be the M240i xDrive that gets 374 hp from its turbocharged inline-xis and eight-speed automatic. An M sports differential in the rear locks with an electronic motor which BMW says allows higher lateral acceleration and better acceleration out of corners.

Even the standard car should benefit from the 12 percent stiffer body as well as “significantly increased” track width front and rear. All 2 Series models will get stroke-dependent dampers, which respond differently to smaller bumps than larger ones, boosting ride quality. Variable Sports Steering will also be on the options list.

Expect a full reveal in the next month or two.