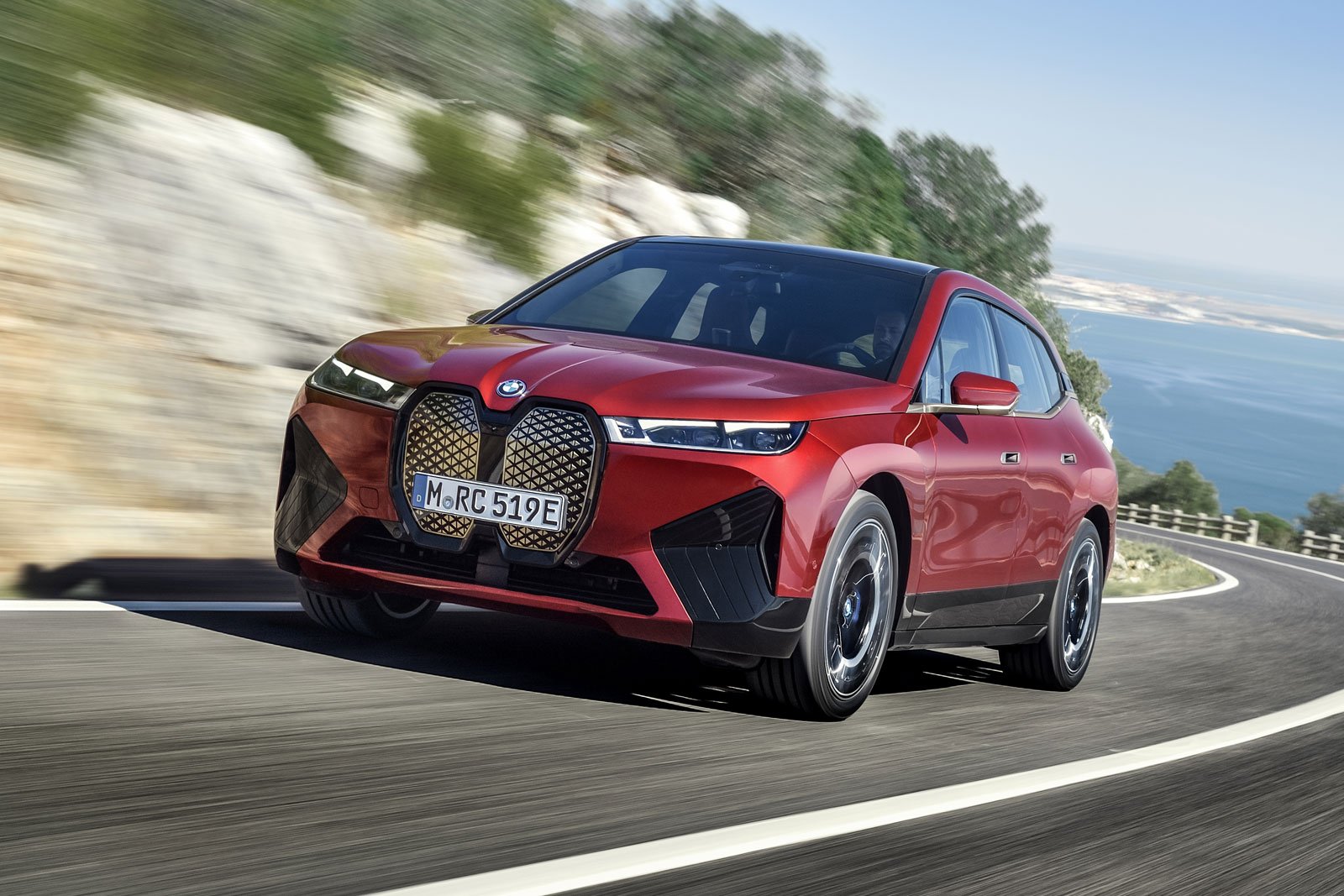 German automaker BMW offers a wide range of products, from small and sporty cars to full-size utility vehicles, covering many segments of the luxury market. It’s also no stranger to electric vehicles, as it’s been offering zero-emission products for almost ten years now.

The next decade will be significant for BMW as it will soon release a slew of EVs, just like its Bavarian rivals, and some of them are scheduled to hit the market within the next few months. In addition, the company caresses a lofty ambition to sell more than seven million fully electric and plug-in hybrid vehicles by 2030. Here’s what to expect from the BMW brand in 2021.

Let’s start with the BMW i sub-brand. The BMW iX is the company’s first full electric crossover in North America, which is said to be equipped with two electric motors to form an all-wheel drivetrain, in addition to producing about 500 horsepower. An EPA-certified driving range of 300 miles or 480 kilometres is also expected, while a 10-minute charge at a speed of 200 kW will net 75 miles of range. The BMW iX is expected in U.S. and Canadian showrooms in early 2022, but we’ll be seeing more of this new model over the course of the year.

We should point out here that another electric crossover, the BMW iX3, was recently introduced by the brand. However, it won’t be offered in our markets.

We’ll also be getting the BMW i4, a Gran Coupe which should deliver a driving range of 270 miles or 432 km, while its electric powertrain should produce in the vicinity of 530 horsepower. We were only treated to a Concept i4 for now, but the production version should soon be revealed, and the first units will be built before the end of 2021.

As for the BMW i3, it soldiers on with no significant changes for 2021, as the 200,000th unit was recently produced since the EV launched back in 2014. New colours are offered: Cashmere Silver, Galvanic Gold and Fluid Black.

As for the futuristic-looking BMW i8 plug-in hybrid, it has been discontinued after the 2020 model year, and production ended with a rainbow of 18 uniquely coloured units.

On the combustion-engine side of things, the BMW 2 Series will continue to be offered in three body styles for 2021. The coupe and convertible, which receive minor equipment changes and two less colours to choose from, represent the outgoing generation on a RWD/AWD architecture, with 230i (turbo 2.0L inline-four, 248 hp) and M240i (turbo 3.0L inline-six, 335 hp) trim levels. Meanwhile, the new-for-2020, four-door 2 Series Gran Coupé is based on a new platform that will underpin the next-gen two-door variants that could be revealed over the course of the year. The Gran Coupe, which gets Android Auto integration for 2021, was introduced in 228i (turbo 2.0L four, 228 hp) and M235i (turbo 2.0L four, 301 hp) trim with xDrive AWD as standard, but the U.S. market is getting a front-wheel-drive 228i for 2021 as well. The BMW M2 Competition coupe and its 405-hp twin-turbo 3.0L six is still on the docket as well, but not the M2 CS.

An all-new generation of the BMW 4 Series has hit the streets. It’s available once again in coupe and convertible body styles, while the four-door Gran Coupe has been discontinued for now. In the U.S. and Canada, the 4 Series is offered in 430i/430i xDrive (turbo 2.0L four, 255 hp) and M440i/M440i xDrive (turbo 3.0L six, 382 hp) trim levels, while the also-new BMW M4 is only offered as a coupe for now, packing a twin-turbo 3.0L six with 473 horsepower—or 503 ponies in the M4 Competition.

Like with many other models in the brand’s lineup, the BMW Z4 receives equipment changes for 2021, including Android Auto integration. It continues to be offered in sDrive30i (turbo 2.0L four, 255 hp) and M40i (turbo 3.0L six, 382 hp) trim levels.

The BMW X1 receives some equipment and option package reshuffling for 2021 after a 2020MY refresh. It’s once again available in two trim levels in the U.S., the front-wheel-drive sDrive28i and the AWD xDrive28i, both equipped with a turbo 2.0L four developing 228 horsepower. Meanwhile, Canada only offers the AWD variant, although a price-leading xDrive28i Essential has been added for 2021.

The sportier BMW X2 coupe-like crossover is offered in sDrive28i and xDrive28i trims with a 228-hp, turbo 2.0L four, in addition to the X2 M35i which benefits from 301 horsepower coming from a similar-displacement engine. The Canadian market skips the FWD sDrive28i though. Equipment and paint colour changes are the significant updates for 2021, though an X2 M Mesh Edition package is now available in the U.S. on the sDrive28i and xDrive28i, which includes a Sport X exterior appearance kit, exclusive Brooklyn Grey Metallic paint and 19-inch M wheels with orange or black accenting.

New for 2019, the BMW X7 enters the 2021 model year with equipment changes, Android Auto integration, one less paint colour to choose from, as well as the deletion of the xDrive50i trim and the Off-Road package. The xDrive40i (turbo 3.0L six now with 48V mild hybrid tech, 335 hp) and M50i (twin-turbo 4.4L V8, 523 hp) soldier on, while the Alpina XB7 is new, featuring a 612-horsepower version of the biturbo V8. An X7 M50i Dark Shadow Edition is available, which features BMW Individual Frozen Arctic Grey metallic matt paint, unique 22-inch wheels and specific interior trim, but only 75 units are earmarked for the U.S. and a handful will trickle into Canada—which are probably all spoken for by now.