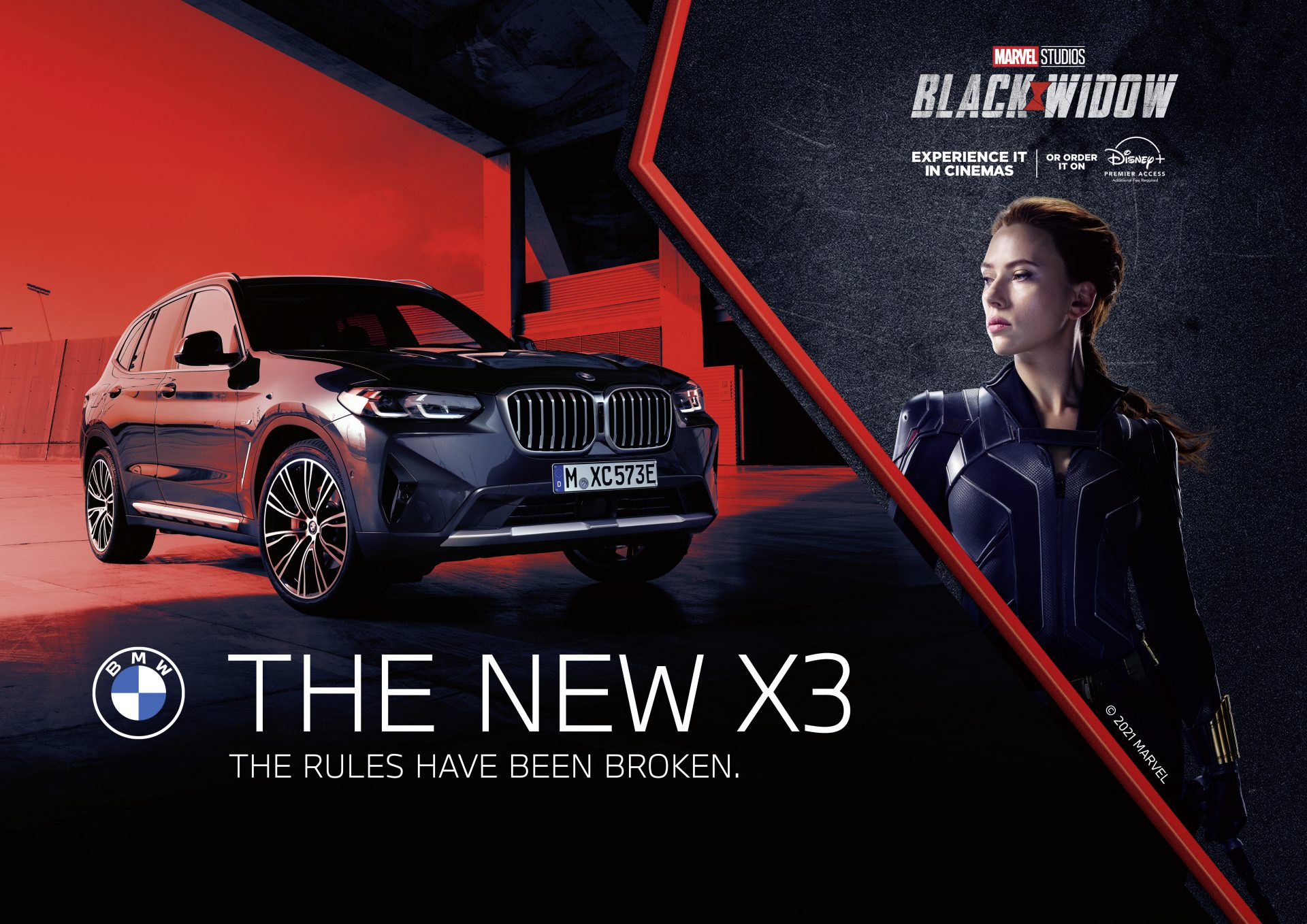 BMW is excited for Marvel Studio’s latest, Black Widow. The automaker is launching a new experience that will let customers see, some in person and some virtually, the X3 M and 2 Series Gran Coupe that were used as stunt vehicles for the film.

It’s the first time BMW has worked with Marvel, though hardly the first tie-in for one of the comic characters and a vehicle. Audi, Acura, Ford, GM, Hyundai, Infiniti, and even Lamborghini have all been part of the Marvel Cinematic Universe so far.

“The X3 and 2 Series Gran Coupe are sleek and agile, just like Black Widow, and we are so excited for the world to see where we’ve been together in July,” said Walt Disney partnership VP Mindy Hamilton.

The cool part here is that (and this might be a bit of a spoiler) a BMW X3 took heavy gunfire in one of the film’s chase sequences and a BMW 2 Series took some serious damage in another. BMW will be putting those on-screen cars on display at BMW Welt, the company’s showcase in Munich.

If you happen to be in Munich, you’ll be able to see the vehicles on display.

If you’re not in Munich, you’ll be able to see them virtually. BMW has created what it calls the Emotional Virtual Experience, set up at more than 2,000 BMW dealers nationwide. It uses VR headsets and other tech to see vehicles first-hand in a realistic 3D form.

The two movie cars have been digitalised and customers at an EVE VR-equipped showroom will be able to have a look at them.

The Porsche-SUV-range-topper is internally codenamed K1. Its profile will be part SUV, part sedan. The Porsche Taycan has convinced only those who know little...
Read more
Previous articleAudi Giving E-tron More Range With New Battery Next Year: Report
Next articleWrangler Xtreme Recon Gets 35’s, 100:1 Crawl Ratio, Now Has Price