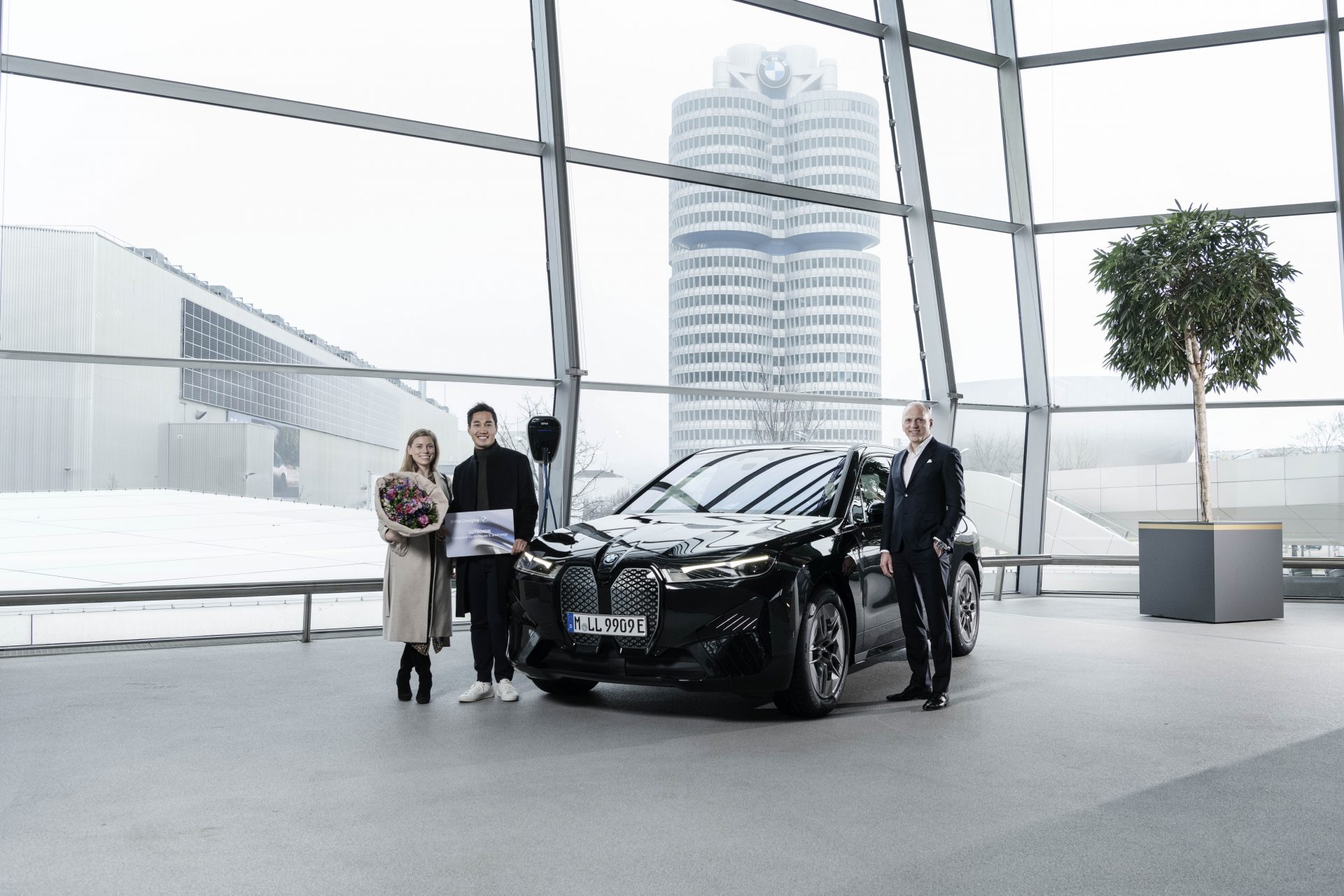 The BMW Group has just announced the delivery of its one millionth electrified model. The company calls it a milestone in the transformation of the company into electromobility and lowered emissions. Most impressively, though, with the first million taking eight years, it expects the second million to take just two.

Delivery of the millionth electrified BMW took place yesterday at BMW Welt, the automaker’s flagship showroom and event centre located in Munich. It was a BMW iX xDrive40 and the customers received not just their BMW, but a BMW wall box home charging station and a credit for BMW Charging stations in Europe.

“Thanks to our steadily growing product range, we are setting ourselves ambitious sales targets, in particular for fully-electric vehicles, said Customer, Brands, and Sales board member Pieter Nota. “In 2022, we aim to double this year’s sales. By 2025 the BMW Group will have delivered around two million fully-electric vehicles to customers. We expect at least one out of every two BMW Group vehicles sold to be fully electric by 2030,” he continued.

In the next year, we’ll get full-EV versions of the 7 and X1 with the Mini Countryman and Rolls-Royce Spectre the year after. The group plans for all Minis to be electric by the early 2030s and Rolls-Royce to be all-electric from 2030.

Pony Concept was intended to make production Giugiaro helped launch the Hyundai brand Hyundai is partnering with Giorgetto Giugiaro to recreate the car that...
Read more
Previous articlePolestar Announces 67 hp From OTA Update For Polestar 2
Next articleGenesis Could Have Leaked an Upcoming GV80 Fastback and the GV90