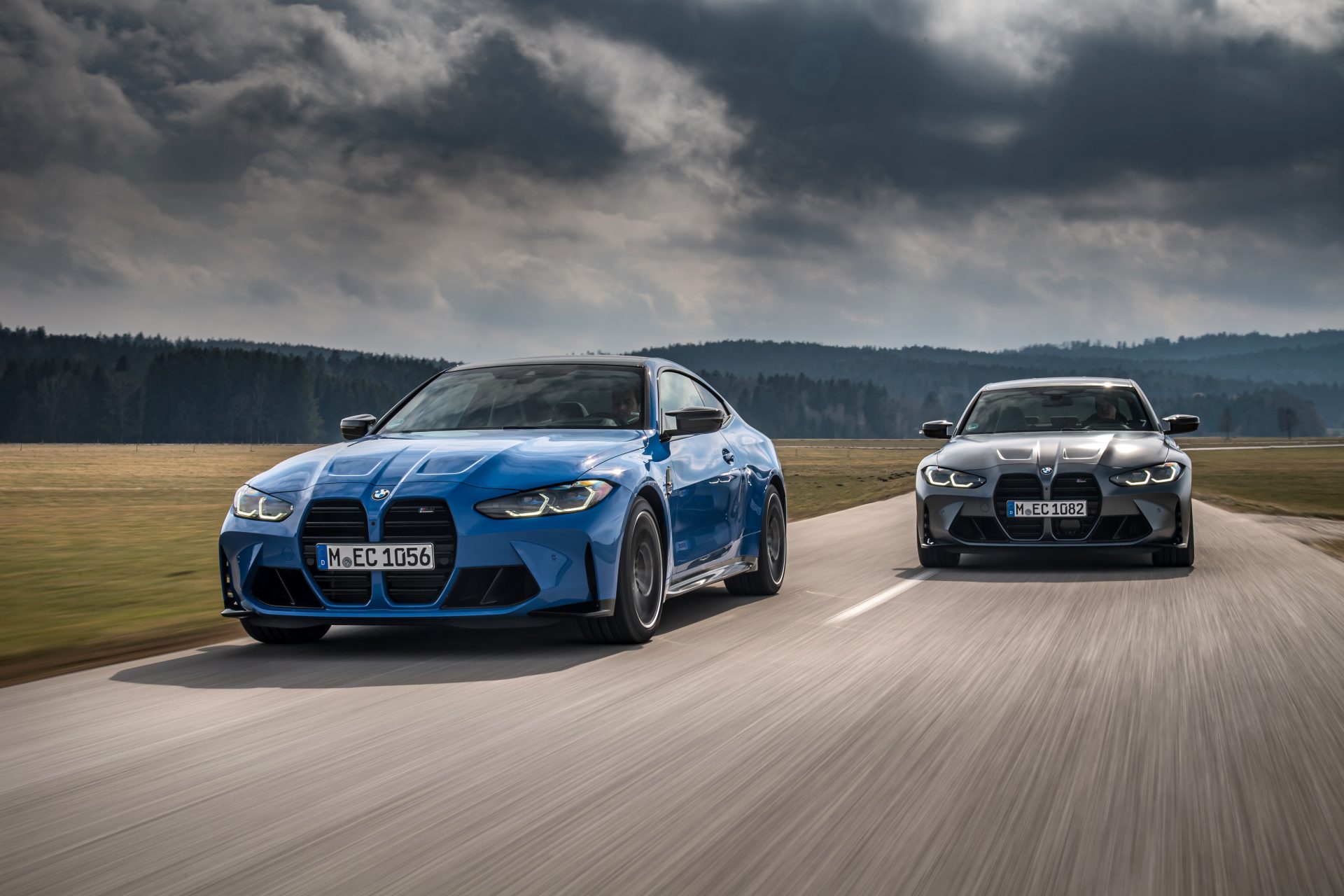 We’ve known it was coming, but BMW has just officially revealed the all-wheel drive versions of the BMW M3 Competition sedan and the M4 Competition Coupe. It’s the first time for all-wheel drive in these particular M cars, using an M-specific system that can send power to the wheels in the way that best benefits handling rather than simply adding foul-weather traction.

BMW says that the 510 hp from the 3.0L twin-turbo straight-six in the M3 and BMW M4 M xDrive models is sent to the eight-speed auto before being divided up by the M-specific all-wheel drive system. It’s set up with an electronically controlled multi-plate clutch in the transfer case for fully variable power distribution between front or rear, while an Active M rear differential sends power left and right as needed.

Driveshafts and output shafts are specific to the M version of the car, and the transfer case has an oil supply designed to keep the clutches working properly even under track conditions. The system’s default is to send all power to the rear, bringing the front tires into action only when more grip is needed.

A control unit that is just for the transfer case and has built-in wheel slip limitation means that the case can send power front or rear without waiting for the main stability control computer to act. BMW says that means enhanced performance as well as more poise when you’re doing things like drifting.

To accommodate the front-drive bits, the xDrive M’s get a double-joint spring strut front axle as well as their own steering ratio and special front axle geometry. The engine oil system is also tweaked for the cornering performance of the cars.

Three drive modes will be offered, starting with the standard 4WD setting that maintains a rear-biased split. Sport sends even more power rearward for more agility and allows for drifting. Lastly, switch off stability control and there’s a dedicated RWD mode where power only goes to the back, and you can do what you want with that knowledge and power.

These latest M models are expected to join the lineup in the summer, then the M4 Convertible will arrive later in the year.

The new Lyriq Tech trim level will be responsible for this $4,400 discount over the 2023 base price. This version will forgo some...
Read more
Previous articleBMW’s M Division Might Be Preparing A 1,300+HP iM2
Next articleThese Pastel Aston Martins Should Brighten Your Spring