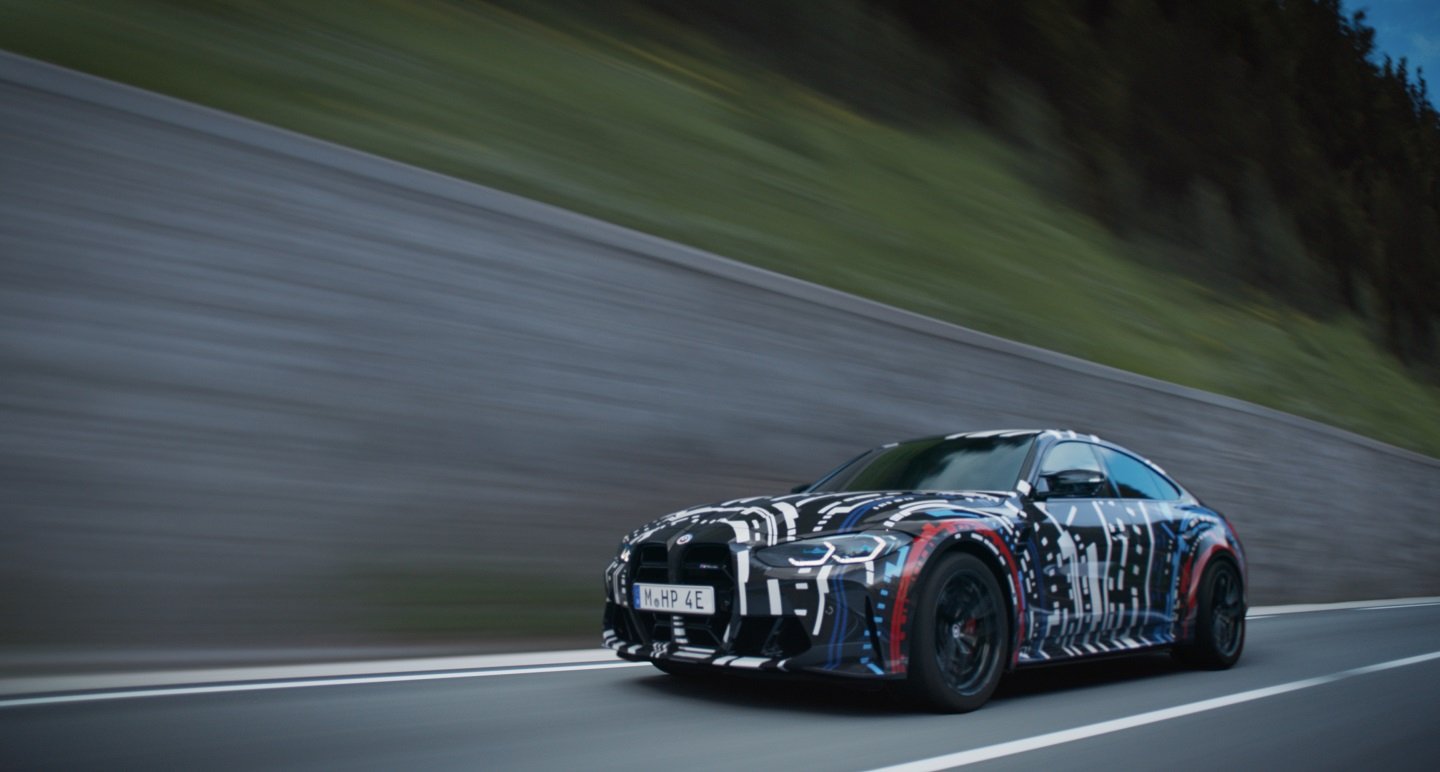 BMW's M division is bringing the heat for EVs

BMW M has started testing its first all-electric performance cars on the road. With four electric motors and a new integrated dynamics control module, M says that the cars will still have “an extremely emotional driving experience.”

It’s ok to be worried about the day when all performance cars are suddenly electric, but BMW’s storied M division doesn’t want you to be. The team knows that M is about much more than just sound, it’s about how you interact with the car and how the vehicle interacts with the road. Part of that is this new four-motor all-wheel drive system.

“On our anniversary, we are not only looking back, but above all also looking forward,” says Franciscus van Meel, Chairman of the Board of Management of BMW M. “Before the end of the year, production of the BMW XM, our first high-performance car featuring a V8 M hybrid drive, will commence.”

The test car is based on an i4 M50, modified with M-style fender flares that can fit M high-performance axles front and rear. The nose uses a new body strut taken from the M3 that adds rigidity for better handling. And it uses the new M xDrive four-motor system that can adjust and redistribute power in milliseconds. It can stop slip before you even know it’s there.

More importantly, M says that the system allows a level of throttle response that was unattainable using gas drive. “Electrification opens up completely new degrees of freedom for us to create M-typical dynamics,” says Dirk Häcker, Head of Development at BMW M. “And we can already see that we can exploit this potential to the maximum, so that our high-performance sports cars will continue to offer the M-typical and incomparable combination of dynamics, agility and precision.”

M says that the effects of the new system were apparent in the first kilometre of testing. Because it can shift power so quickly, the vehicle can corner faster even on rain and snow-covered roads. Without understeer, and without oversteer… unless you want the latter.

So M thinks that the future of performance and driving enjoyment is safe. We can’t wait to try it.

The Statement package loses a few components. The price is reduced to reflect the package’s new content. This isn’t exactly the end of the...
Read more

A manufacturing defect has been found in some battery cells This problem affects the ID.4 and the ID.3 Volkswagen estimates this recall to...
Read more

Earlier this week, Wards Auto released its list of the 10 Best Engines and Powertrain Systems of the past year. And as expected, electrification...
Read more
Previous articleAlfa Romeo Preparing a New Sports Car for 2023
Next articleTesla Could Soon Launch Supercharging Memberships to Non-Tesla EV Drivers