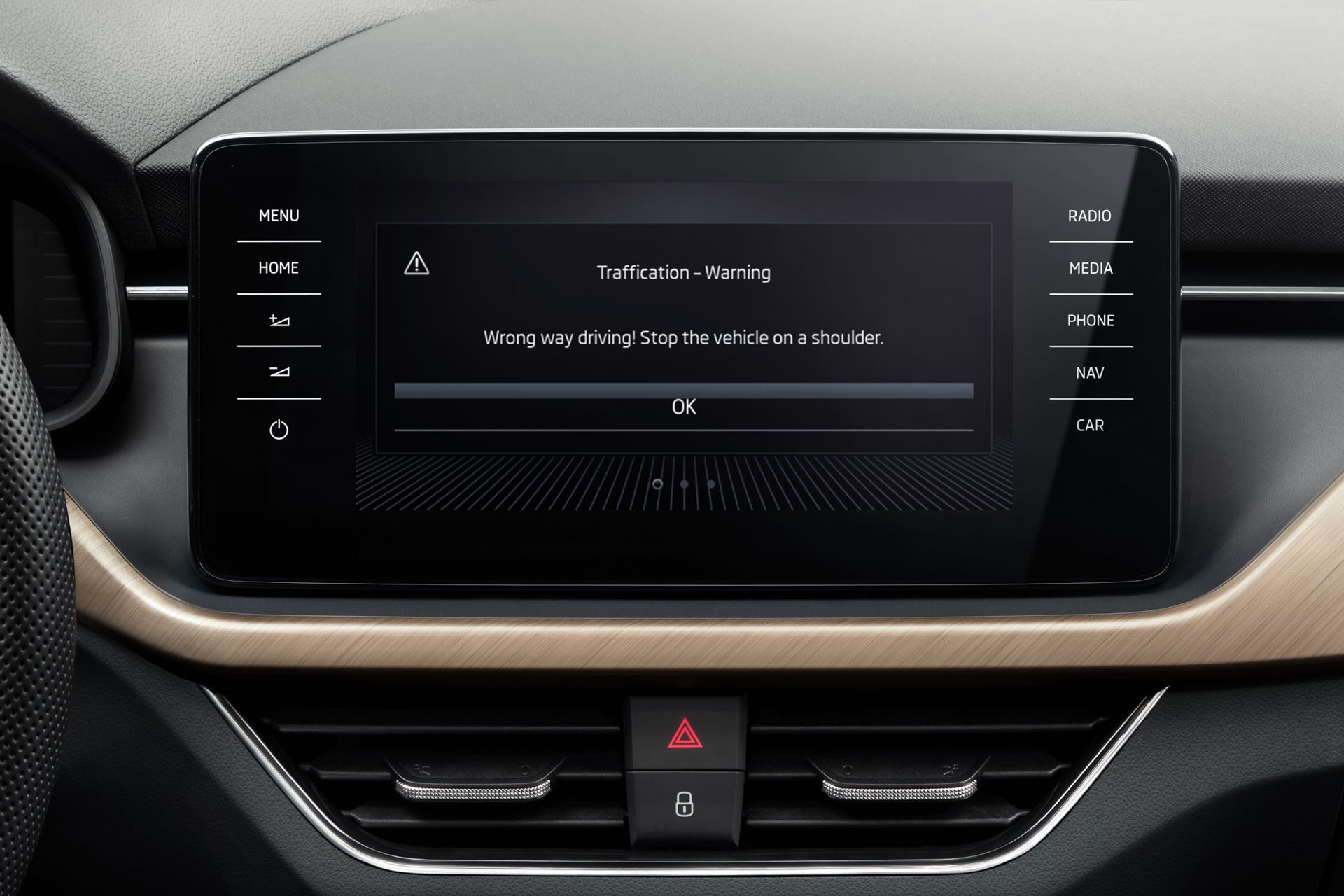 Wrong way alerts thanks to cloud

Bosch and Skoda are debuting a new system that would tell a driver if they’re getting on the highway in the wrong direction. That alert, before they even enter the motorway, could prevent a large number of collisions, injuries, and deaths each year.

In Germany, Bosch says, more than 2,000 wrong-way driver warnings are issued every year on the country’s radio stations. Of course, that’s just a fraction of the actual volume of wrong-way drivers, many of which result in serious or fatal collisions.

Using a new cloud-based system, pioneering on the Skoda lineup this quarter, the automaker and technology supplier hope to help put a stop to it.

“Our goal is to put the wrong-way driver warning system in every car – in line with our “Invented for life” ethos. Every death, every injury caused by wrong-way drivers is one too many,” said Dr Mathias Pillin, president of Bosch’s Cross-Domain Computing Solutions division.

Called Traffication, the built-in app only works on vehicles equipped with the feature. It detects a vehicle is approaching an on or off ramp using GPS location data and then uses that data and vehicle date to determine the vehicle’s current direction of travel. So if the driver is about to drive up an off ramp, the car lets them know before they even make it to the freeway. Bosch says the GPS data is anonymised and data is only exchanged when the vehicle is near the highway entrance or exit.

It expands on an existing Bosch cloud-based app that is offered in multiple countries in Europe that serves a similar function using your phone instead of the vehicle. It’s currently used by 2.5 million people per month and is set to expand to Canada this year.

The EV start-up has been on the brink of bankruptcy a few times before. The company delayed the first deliveries of its FF91...
Read more
Previous articleToyota Brings Hydrogen Mirais to Vancouver Lyft Fleet
Next articleAll-New 2022 Infiniti QX60 Will Get A New 9-Speed Automatic Transmission