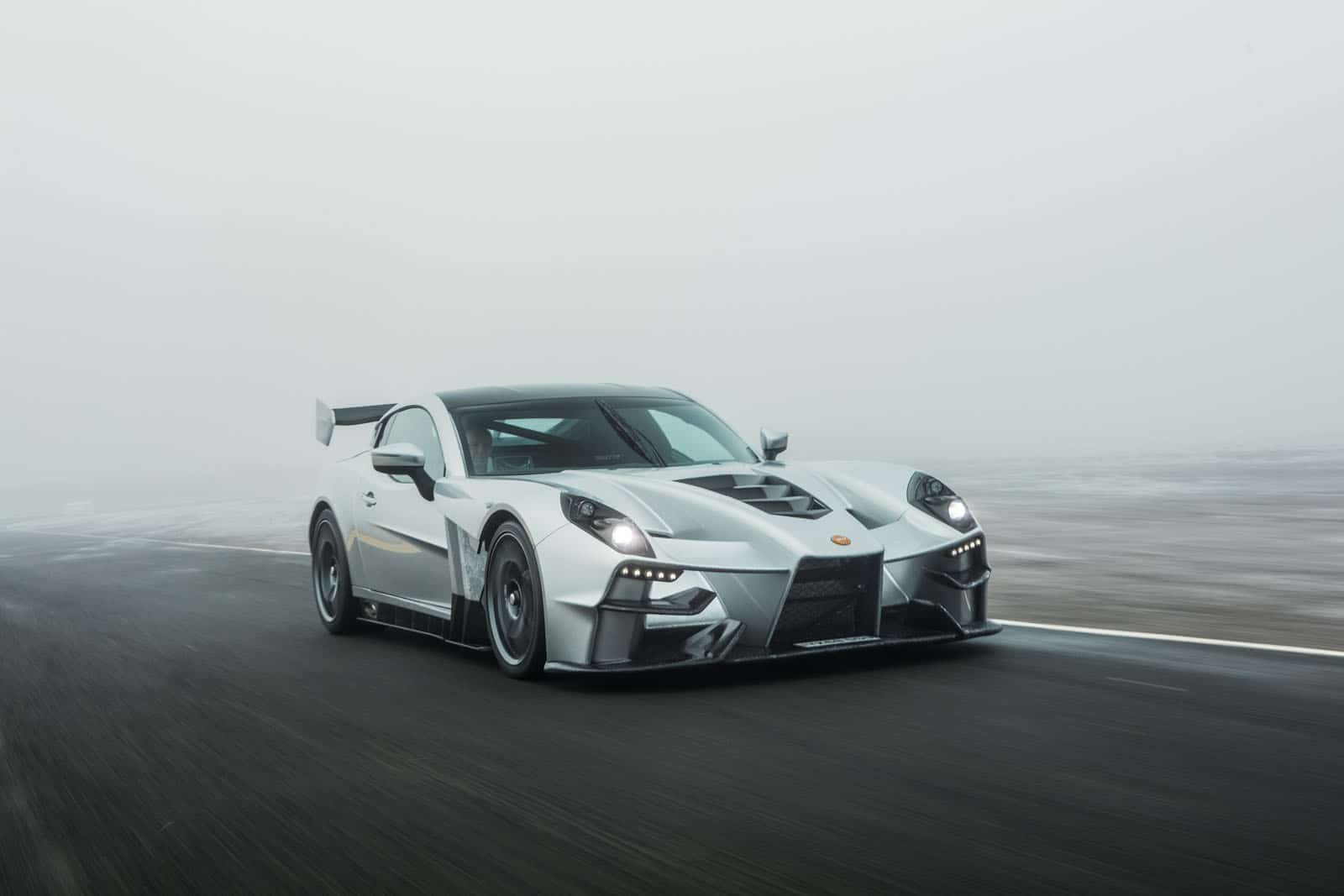 This is the Ginetta, a new British supercar that has a lot of power, a lot of personality, and a lot of question marks.

For starters, what will Ginetta call it? We don’t know yet as an official name for this angry-looking supercar from England hasn’t been confirmed yet. We also don’t know if it will ever make it to North America, although we’re quite sure the answer is no.

That’s because Ginetta only plans to make 20 units of its new bomb on wheels, and more than half (60 percent) of the allocation is already sold. Really? Wow.

Looking like an odd mix between a Dodge Viper, a Nissan GT-R, a TVR Tuscan and an F1 car, the Ginetta is packing some serious firepower.

The company built a 6.0-liter V8 engine with 600 horsepower sent to the rear wheels through a six-speed sequential gearbox. Weight distribution is said to be 51 to the rear, 49 to the front and the massive rear wing can push over 800 pounds of downforce onto the rear wheels.

Inside the Ginetta, we find a pure racing cockpit which is suitable given the brand’s history. The brand has been building race and road cars by hand for over 60 years out of a 75,000 sq. ft. factory in Leeds.

The Lightyear 0 entered production less than two months ago. The company says it has no choice other than to stop production to...
Read more
Previous article2020 Mercedes-AMG GLE 53 to get EQ Boost and 429 hp
Next article2020 Toyota Supra Unveiled in Racing Guise