General Motors’ premium brand Buick, which serves as the hierarchical step between Chevrolet and Cadillac in the North American market, is heading into the 2021 model year with an all-crossover lineup.

Although Buick is doing rather well in China with a wide range of sedans, hatchbacks, crossovers and MPVs, in addition to offering mild hybrid and fully electric powertrains, here in the U.S. and Canada, business isn’t quite the same. However, that isn’t stopping it from looking ahead and sharpening its product portfolio with vehicles people are actually shopping for. That means utility vehicles galore.

As part of GM’s global electrification strategy, Buick will offer two EV crossovers by 2025. There are very few details available so far, other than one will obviously be bigger than the other, and one of them will feature a “more athletic design.” But for now, let’s concentrate on what we should expect from the Tri-Shield brand in 2021.

The first-generation Buick Envision will make way for an all-new, second-generation model that should go on sale in early 2021. Its exterior design is much more dynamic than the outgoing Envision, which should raise its awareness in GM showrooms and boost sales. Although the old Envision is available with two engine choices, the new generation will feature a turbocharged 2.0L inline four that develops 230 horsepower and 258 pound-feet of torque. Both U.S. and Canadian markets will get front-wheel and all-wheel-drive variants of the 2021 Buick Envision.

There are rumours suggesting a new three-row crossover will be unveiled sometime in 2021, straddling the line between the compact and midsize segments, and it may be called the Buick Envision GX. It might share the Envision’s platform and powertrain, if only because it shares its nameplate. We’ll know more about this potential addition to the brand’s lineup in the new year.

Meanwhile, the Buick Encore GX enters its second model year with minimal changes that include wireless Apple CarPlay and Android Auto integration. The subcompact crossover is available in front-wheel-drive configuration with a turbocharged 1.2L inline-thee engine and a continuously variable automatic transmission, good for 137 horsepower, or a turbo 1.3L inline-three with 155 horsepower and a nine-speed automatic. All-wheel drive is available with the 1.3L engine in the U.S., mandatory in Canada. The Encore GX has already become the brand’s best-selling crossover in the United States.

As for the Buick Encore subcompact, which has changed very little since its introduction for the 2013 model year, production will start to wind down as consumers shift to the Encore GX, more modern and barely more expensive. There might not be a 2022 model, but in the meantime, the Encore received an engine swap mid-year, ditching the 138-hp 1.4L turbo four for a slightly more powerful unit of the same displacement, producing 155 horsepower and 177 pound-feet of torque.

The Buick Enclave, a big midsize crossover with three rows of seats for hauling up to seven passengers, it rides into 2021 with mostly equipment group changes. We can expect Buick to unveil a mid-cycle refresh for the 2022 Enclave sometime in the new year. 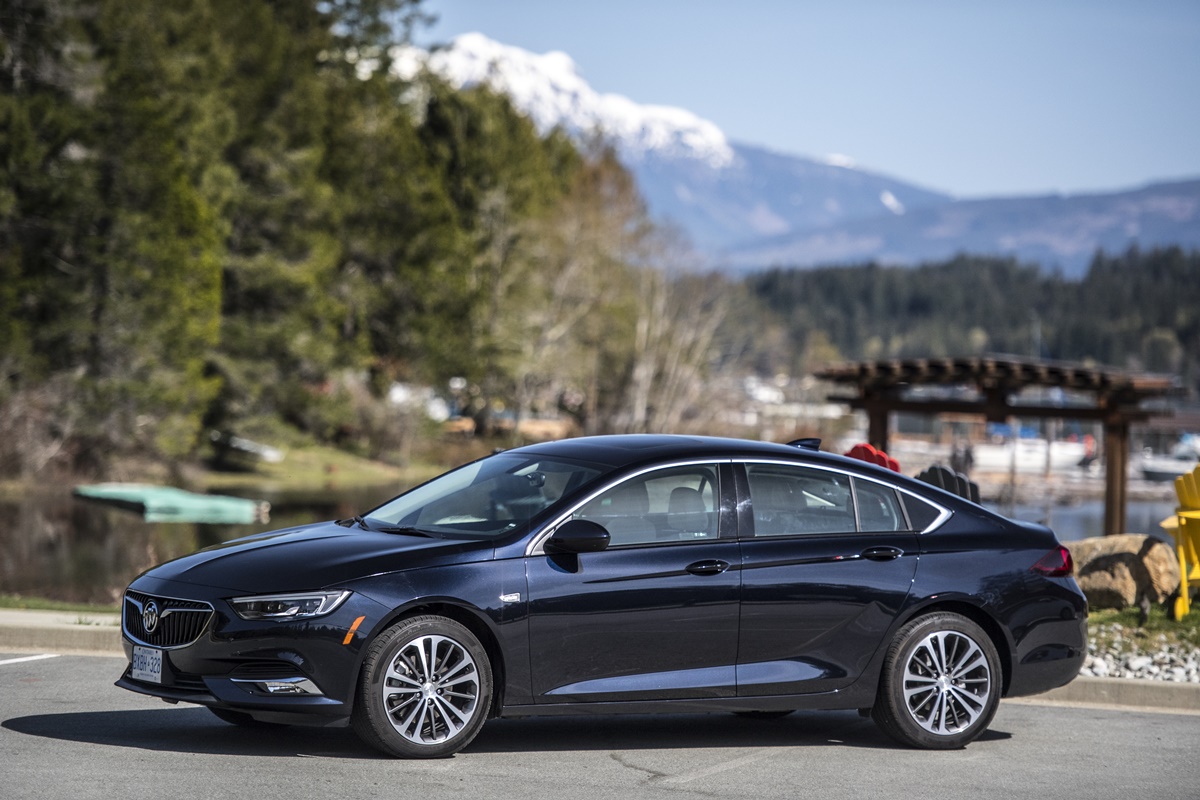 Let us mourn the passing of the Buick Regal fastback sedan, the last passenger car in Buick’s North American lineup, which was canned after the 2020 model year and has already been wiped off the brand’s website.